The largest unexploded bomb ever to be found in Poland has been discovered in one of the country’s busiest shipping channels.

The huge Second World War ordinance has been identified as a Tallboy, a 5.5-tonne seismic bomb designed and used by the British to attack underground targets and one of the largest bombs ever dropped in the war. When it detonated an earthquake effect would shatter its target.

The unexploded shell was found by employees of a German company carrying out work to deepen the Piast Channel, which leads from the Baltic port of Świnoujście in north-west Poland towards the large Szczecin Lagoon.

Lt. Commander Grzegorz Lewandowski from Poland’s 8th Coastal Defence Flotilla in a conversation with TFN said that the company reported the discovery on Monday and that Polish Navy divers carried out reconnaissance and analysis of the suspicious object on Tuesday and Wednesday of this week.

“Our analysis has confirmed that it is a British bomb known as Tallboy,” he said. “These bombs were used by the Dambuster Squadron, which on April 16, 1945 carried out a raid on the German cruiser Lützow, which was anchored in the channel.

“The bomb that we found is most likely one that didn’t strike the target during that raid,” he added. 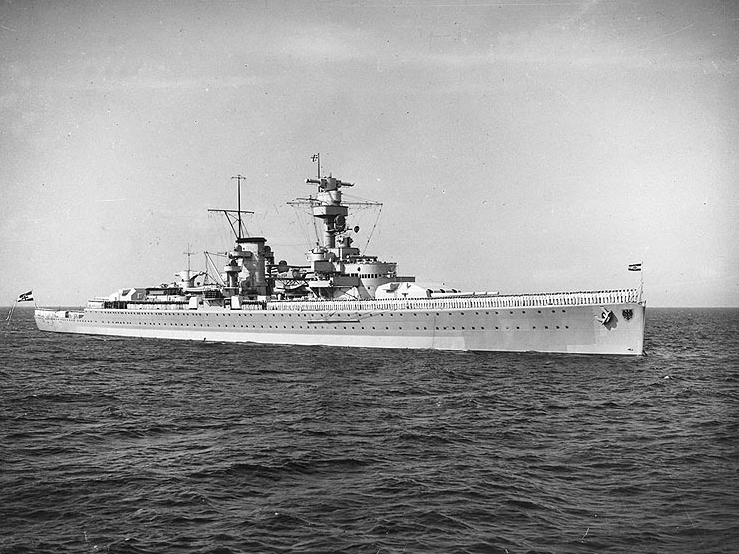 Lewandowski said: “In the middle of August, we found a British air-dropped mark VI navy mine, and at the beginning of July we found a mark IV mine.”

A crisis team met on Friday to decide how to deal with the massive explosive. The task will not be easy as its destructive range is up to 13 kilometres.

When the smaller British mines were found earlier in the summer, around 160 local residents were evacuated. Local media are suggesting that the whole town of Świnoujście with a population of 41,000 may need to be evacuated.

However, Lewandowski said that no work had started on digging out the bomb, which is well buried at the bottom of the channel.

This is no surprise as the device designed by legendary British bombmaker Barnes Wallis was designed to penetrate deep into the ground.

Its explosion, which could be delayed from 30 seconds up to 30 minutes, would transmit a shock into the foundations of the target, which are transmitted through the ground more strongly than through air. 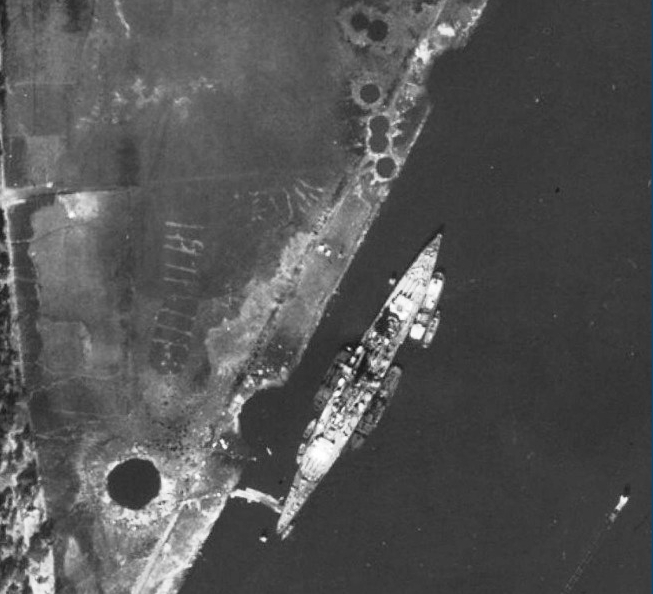 The Lützow after being attacked by Allied bombers in 1945.Public domain

The 6.5 metre-long bomb carried 2,400 kilograms of explosive and was used primarily to destroy German underground submarine shelters in France.

It was so big that it occupied the entire bomb chamber of the Avro Lancaster bomber, which had to be adapted to carry the huge weapon. All unnecessary equipment was stripped out of the plane for its Tallboy missions, including its defensive guns.

Towards the end of the war, the British turned their attention to one of Germany’s best known warships, the cruiser Lützow. Built in 1933, the 186-metre vessel was the pride of the Kriegsmarine.

Originally named the Deutschland, Hitler was worried that it made the sinking of the ship a propaganda target for the Allies, so it was renamed Lützow after previous warship of that name was sold to the Soviet Union in 1940.

The ship took part in the German invasion of Norway and was damaged several times, after which it became a training ship until the end of 1944. In February 1945 it supported the defence of Frombork with its artillery, and in March fired on Soviet forces in Gdańsk and Gdynia.

It was finally sunk by the RAF’s 617 squadron during a raid on April 16, 1945 on the channel known in German as Kaiserfahrt (Emperor's Way).

It lay at the bottom of the channel until 1947, when the Soviets salvaged it, took it out into the Baltic and sunk it again with experimental weapons.

Neutralisation of huge WWII bomb to start in October