Could forgotten graves of WWI soldiers be lying in remote southern village?

The forgotten graves of soldiers slaughtered on the Eastern Front during WWI appear to have been discovered by a history group that hope to identify those buried so as to award them the remembrance they deserve.

The grim discovery in the village of Królewice in the south of Poland, came after members of the Świętokrzyska Exploration Group heard rumours about a mystery cemetery from a neighbouring village’s mayor who had been told about it by his grandmother. 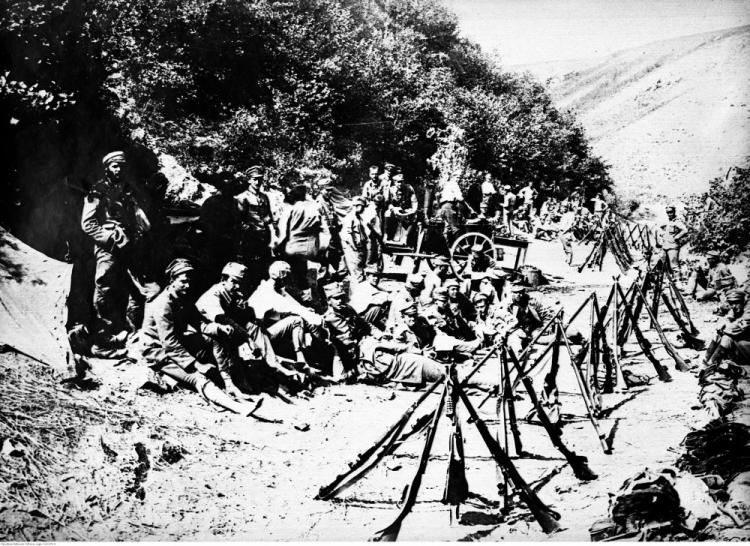 Fought between Russian and the Austro-Hungarian forces, the latter included the 1st Brigade of Polish Legions under the command of brigadier Józef Piłsudski.NAC

Killed in 1915 in fierce fighting during the Battle of Opatów, the soldiers that fell belonged to the advancing Austro-Hungarian Army and the retreating Imperial Russian Army.

Sebastian Grabowiec from the Świętokrzyska Exploration Group told TFN: “On the Austro-Hungarian side fifteen were buried here in a mass grave and we also know there was a single officer’s grave, a separate grave for a Russian officer and another mass grave for Russian troops. In all, a total of sixty-two people.”

Founded in 2016 and comprised of fifteen members, it is this group of amateur enthusiasts that have been credited with the discovery. 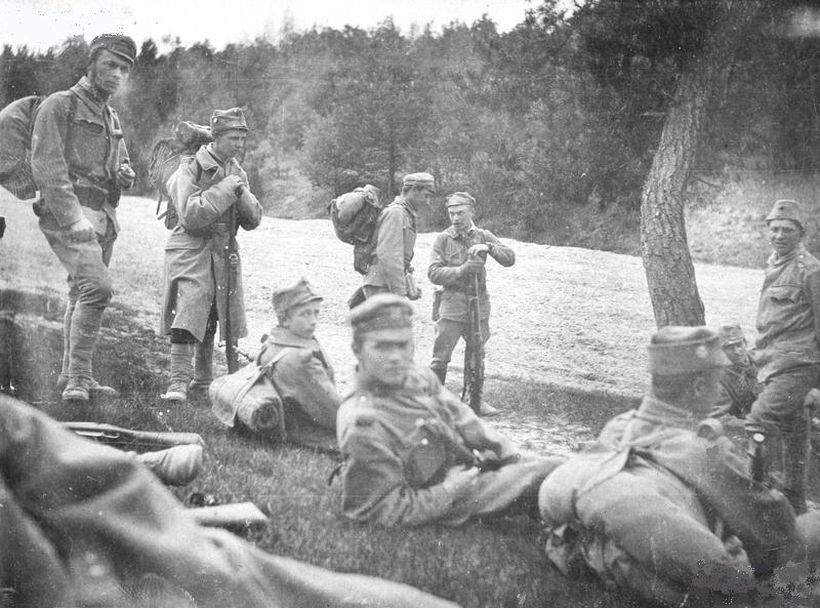 Polish troops resting two days before the battle which lasted from May 16 until May 23, 1915.Public domain

“We share a passion for history,” says Grabowiec, “as well as a fundamental desire to verify facts whilst revealing those that are not yet known.”

Having already studied and researched battlefields in Grunwald as well as WWI sites in the Carpathian Mountains, the group have previously collaborated closely with archaeologists, conservators, museums and like-minded international associations, with their finds including a Roman-era decorative brooch, a stirrup from the period of the Tartar invasions from the turn of the 11th and 12th century, an ancient battle axe, bones and other ephemera of war.

Their latest search came about after the group was informed about rumours of a cemetery by Jacek Piwowarski, the Mayor of Kolonia Wiązownica in southern central Poland. 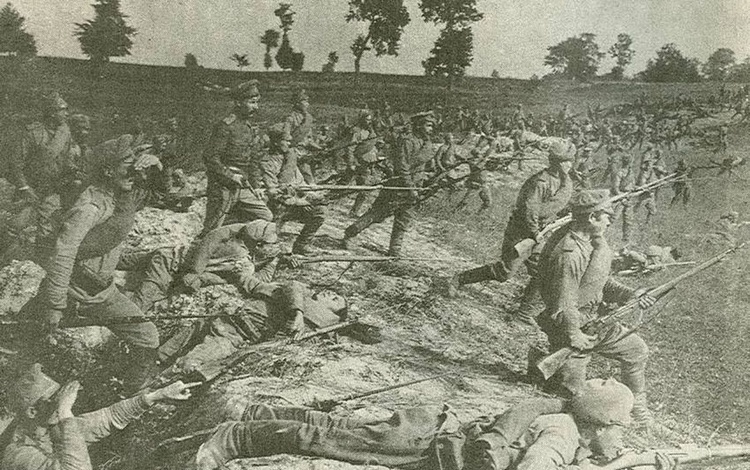 The forgotten graves are thought to belong to those soldiers killed in battle.Public domain

“He remembered being told about it by his grandmother,” says Grabowiec, “and while it’s located on private property the owner kindly allowed us to check out the area.”

Doing so meant tidying and cleaning it of undergrowth and scrub to the extent that it would enable the group to work with GPR technology, frame detectors and metal detectors to determine the cemetery outline and the existence of assorted burial sites.

Contact was also made with Marek Lis, a historian and expert in military operations conducted in the region during WWI. According to Lis, immediate post-war documents had supported claims as to the one-time presence of a war cemetery, however, no further mention could be found thereafter leading to suspicions that the bodies had been exhumed in the 30s and buried elsewhere. 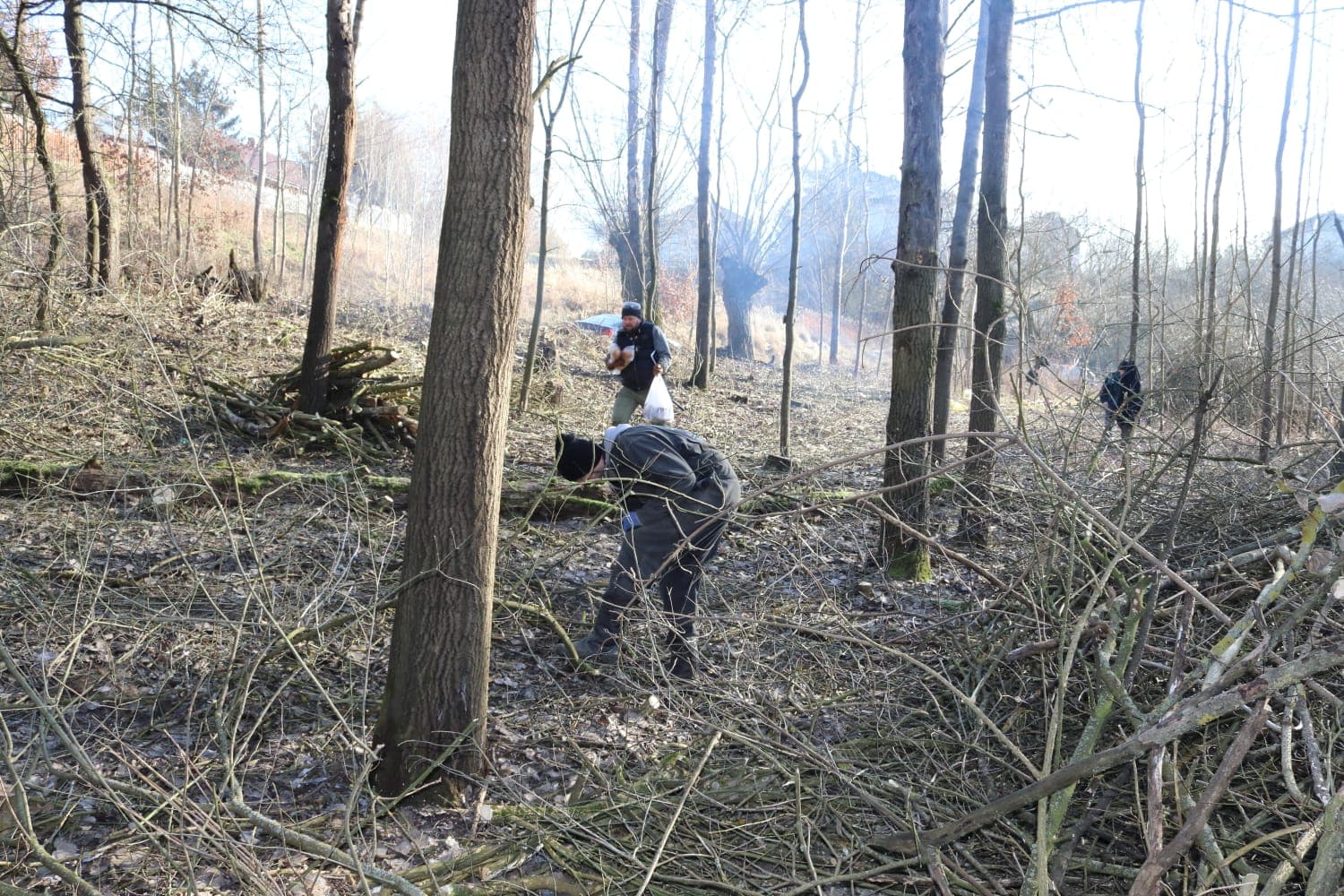 The hunt is being led by Sebastian Grabowiec from the Świętokrzyska Exploration Group which has already had great success researching battlefields in Grunwald as well as WWI sites in the Carpathian Mountains.Świętokrzyska Grupa Eksploracyjna

“But members of Świętokrzyska Grupa Eksploracyjna spoke to the older residents in the village,” says Grabowiec, “and none of them could recall such an exhumation and, in fact, some even remembered the presence of wooden crosses still being there after WWII.”

Following strict legal parameters, and guided by their own sensitivities (“It’s always emotional working in a place where people have fallen or their remains rest,” says Grabowiec), the group have also sought to establish contact with the Austrian Embassy, efforts they say have been rebuffed with silence.

The next step of the search will see the deployment of their GPR equipment and if the group’s assumptions are met then commemorating the dead tops their agenda. 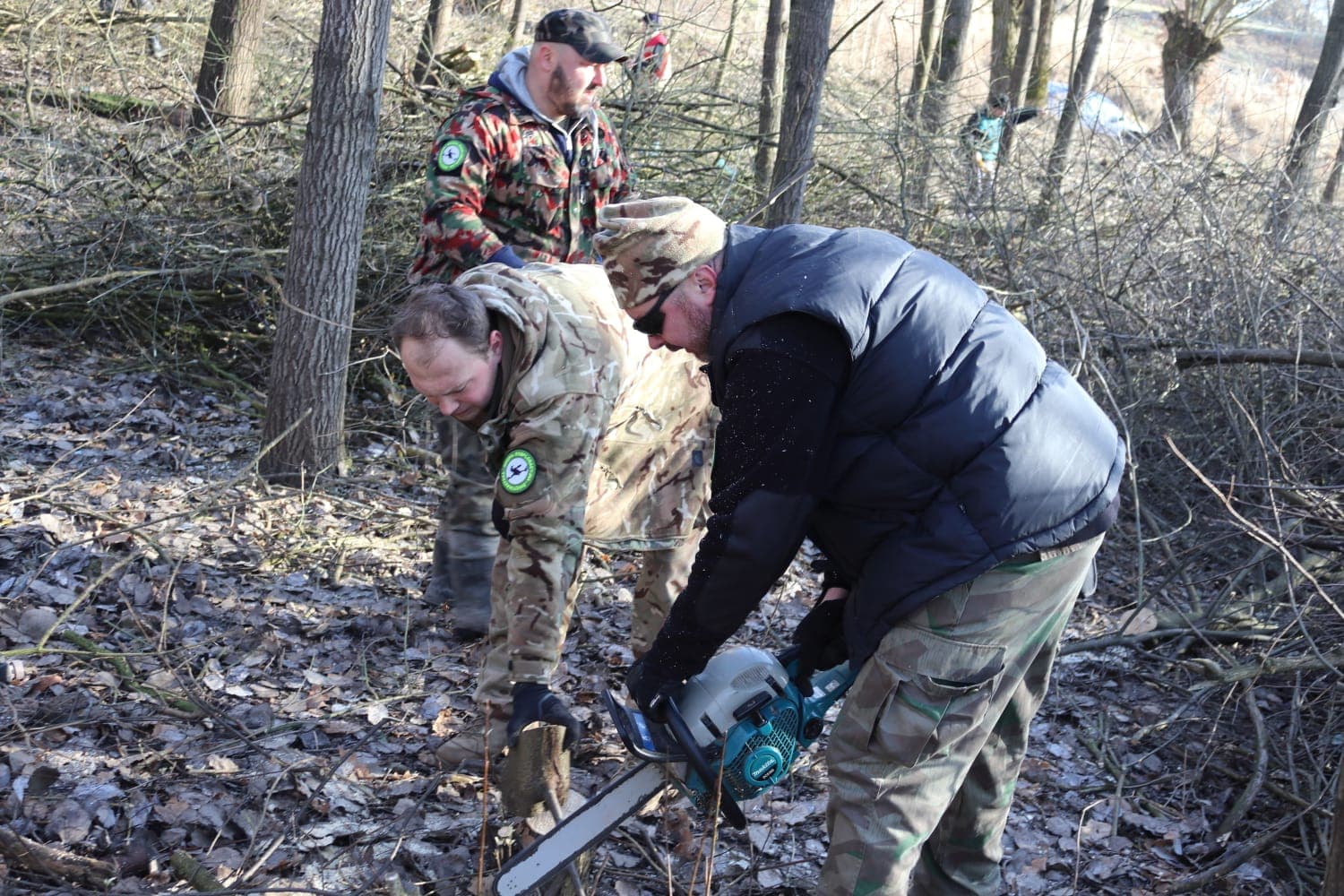 The hunt in the village of Królewice in the south of Poland, came after members of the Świętokrzyska Exploration Group heard rumours about a mystery cemetery.Świętokrzyska Grupa Eksploracyjna

“We don’t want to see this cemetery forgotten again,” says Grabowiec. “The Austrian Embassy hasn’t responded so instead we plan on talking with the local authorities that deal with war burials.”

Already, archives in Prague have revealed the identities of thirteen known to have fallen and quite likely to be resting below this ground. Of Czech ethnicity and Catholic faith, their death certificates show the majority to have been aged between twenty and twenty-three (though with some aged over thirty), whose pre-war professions ranged from blacksmith and coachman to personal secretary. Grabowiec hopes this is the beginning.

“I think there’s a good chance we could work out the identities of another fifteen people,” he says, “but the main goal is to restore this as a proper place of memory, erect a plaque and to give these soldiers the resting place they deserve.”

Remains of three presidents-in-exile to be brought to Poland

Graves damaged by sinkhole in cemetery