Cor-moaner virus? Industry experts on how to overcome the COVID-19 lockdown blues

With the entire country standing on a ‘war on covi-19’ footing, millions have found themselves working from home as isolation rules and restrictions kick-in. As a consequence, many have fallen into a ‘Netflix-for-breakfast and pants-till-dinner’ routine. TFN’s Alex Webber finds out how to avoid the pitfalls. 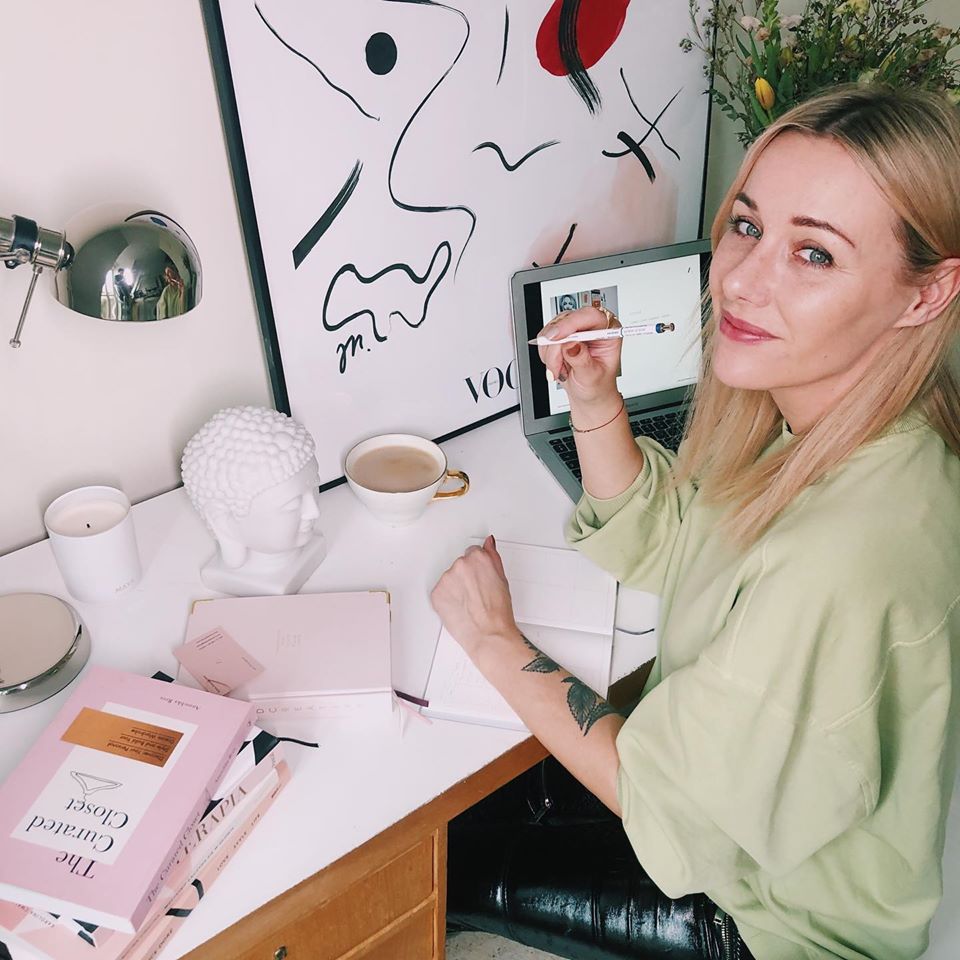 “I’ve tried many ideas,” she says, “but I think most important is to dress properly. It sounds obvious, but believe me there’s a huge difference in your output if you’re just sat in your pyjamas. Also, have a dedicated corner set aside for work – don’t eat there, and don’t watch Netflix! At the same time, it works the other way around as well, and I never take my work into my living space. Set boundaries!”

“I set my alarm for 30 or 40 minutes, then put my phone away and do nothing but work. When the alarm sounds, I take a short break and then repeat the whole process, usually five or six times a day with additional time built in for two or three daily video meetings.”

The mother of a nine-year-old boy, the lockdown has admittedly affected her productivity, cutting into her pre-covid schedule to the tune of 40%.

“Now I’m home schooling there’s been a need to re-organize, so making a timetable has been crucial. But though my output has decreased, you need to look at the upside. I’m spending more time than ever with my son and getting to know him better. You have to appreciate that,” she says. 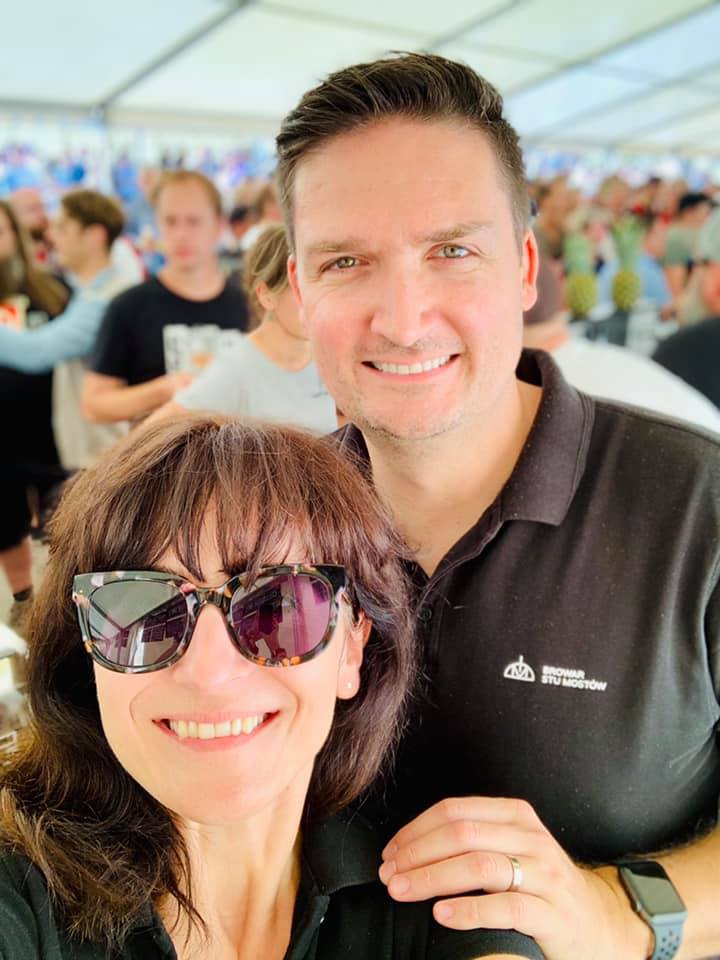 Arguably the most innovative craft brewery in Poland, Wrocław’s Stu Mostów has been left reeling by the lockdown.

But despite the obvious challenges, the husband-and-wife team behind operations, Arletta & Grzegorz Ziemian, have moved quickly to ensure the survival of the business they established in 2014.

Splitting their time between the brewery and their home office, the latter is seeing more action than ever before.

“Our working hours have increased significantly,” says Grzegorz, “and we’re spending a lot of time talking to suppliers, customers and business partners as well as watching the situation to see how it will affect us both directly and on a macro scale – our phones are constantly charging!”

Any routine that the couple may have once enjoyed has been thoroughly rattled.

“Normally we’ve always tried to find a life-work balance and left our work outside of our front door,” he says. “But these aren’t normal times and now our home is our office. We’re working longer hours, seven days a week, Arletta in one room and myself in another, but at least we have plenty of sunlight coming in which we both really like!

“These are stressful days, not just for us but our whole team, but what can really help is good, creative discussions and the quick turnaround of ideas to see what works and what doesn’t. When something works, it gives a much needed motivational boost. Furthermore, we’ve tried avoiding looking at the ‘now’ where possible and instead focused more on the longer-term outlook and the exciting projects ahead.”

Gleaning inspiration and ideas from the books lining their walls at home, and exercising on a bike stationed on the balcony (“I’m hoping to get rid of some of the extra kilos I’ve gained,” he says), homeworking has not been without key fringe benefits.

“We’ve rediscovered our business and life partnership,” says Ziemian. “When one of us is down, it’s the other that shows support and compassion. That’s absolutely priceless. We’ve also talked more than ever about how to get through this – we can rely on each other, and together we feel stronger.” 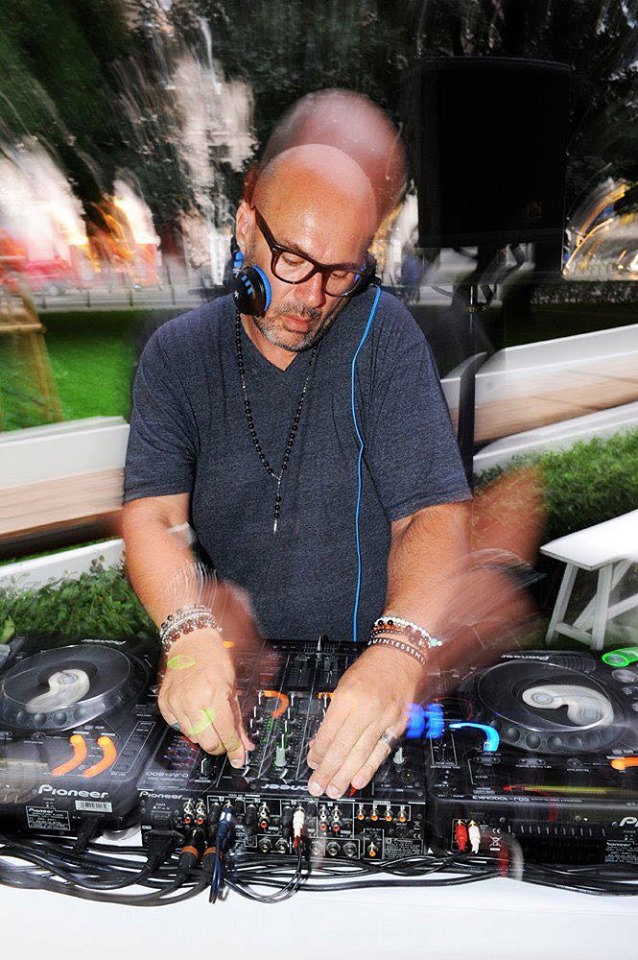 Whilst some sectors have been able to adapt to the ongoing situation, Poland’s nightlife has faced maximum disruption. “I’ve lost 150% of my work,” says Anthony Saint, a French DJ based in Warsaw.

“The first few days I felt lost,” he continues, “but I’ve started to organize my life by planning future projects, live streaming shows and recording mixes for my followers.”

On this front The Saint, as he is known in nightlife circles, has used the opportunity to audit his music selection and rid his laptop of unwanted tunes. Streaming, meanwhile, has helped maintain a link to his fanbase.

“I’ve done a few performances already for a Berlin-based page and a bar in Warsaw,” he tells TFN. “It’s interesting, and though it doesn’t bring in any money it does get people smiling. I’ve had messages from people saying how they were dancing at home and it feels great to have people sending their love during these difficult times.”

Though regretful of selling his production equipment a couple of years ago (“There’s no better time to produce music!” he laughs ruefully), downtime has been spent indulging passions for painting and yoga whilst also avoiding, where possible, the negativity of social media. “I need to keep busy and creative,” he says, “and I’m also really lucky to have the company of Mathilda and Charlotka, my two fantastic cats – at least they’re happy I’m home all the time!”

So too are a band of housebound night owls, with the positive power of his music has not on Saint. “Music both calms and energizes, but mostly it allows for a sense of freedom which is important so as not to overthink our circumstances.” 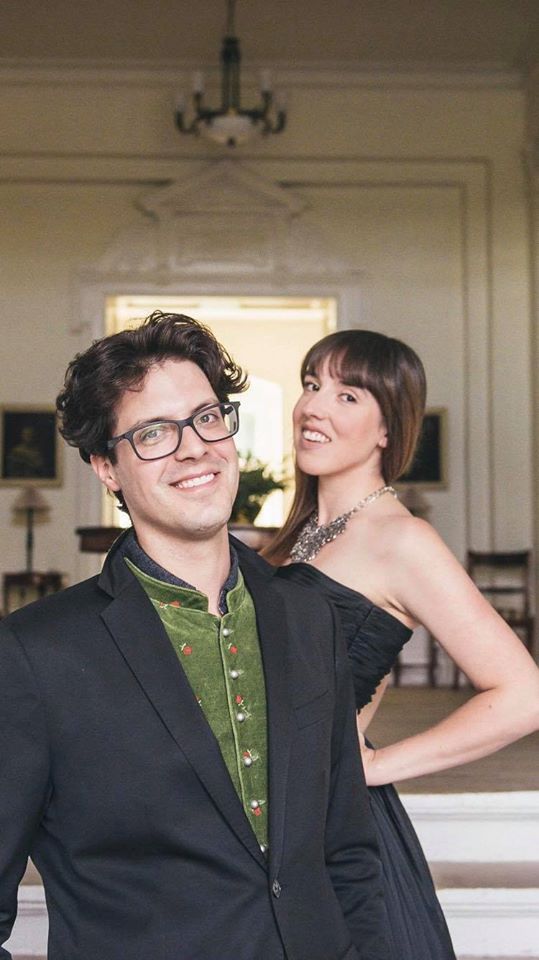 A tenderly restored historic property set in the quiet backwaters of central Poland, whilst Pałac Osowa Sień’s burgeoning reputation as one of the country’s most unique boutique stays remains in place, business has suffered under the imposed restrictions prompting its Canadian-raised owners to seize their chance and recalibrate for the future.

“We’re passionate about hospitality so we’re using the extra time to further refine the castle’s guest experience,” says Jamie Patterson-Chojnacki, “and that includes detailing-out the suites, creating unique offers, and experimenting in the kitchen – actually, we’re even toying with the idea of a castle cookbook.”

Positioned in the heart of rural Poland, at surface level little has changed. But the guestrooms that stand empty are a reminder of the stark reality facing the hotel industry. Even so, the couple remain defiant.

“Rather than a reactive strategy, small hotel owners should be proactive,” she says. “People are indoors right now but they’re dreaming of when they can get out and travel again. All the while, they’re reading emails, blogs, social media, etc. Boutique hotels should take this opportunity to engage with their guests. They should seek to inspire through their story-telling while highlighting unique selling points.”

These are qualities that Pałac Osowa Sień have in abundance.

Setting aside daytime for uninterrupted work, for Jamie that entails working from her home office whilst husband Matt utilizes his workshop. “The evenings are when we come together to share our daily inspiration,” she says, “and it’s during this time we experience various amenities within the castle and its historical grounds in order to further refine them.”

with their soon-to-be adopted pet Mr. Doggo as their sole companion during this time of self-isolation, castle living has had other fringe benefits.

“We’re fortunate enough to have an extremely spacious, private park surrounding the property,” she says, “and that gives us plenty of room to roam, play and create new ideas, and beyond that, almost as far as the eye can see, there’s farmland.”