Grave robbers who dug up a child’s tomb are being hunted by the police.

The incident took place in the region of Lower Silesia in south-western Poland, which was within Germany’s borders prior to 1945. 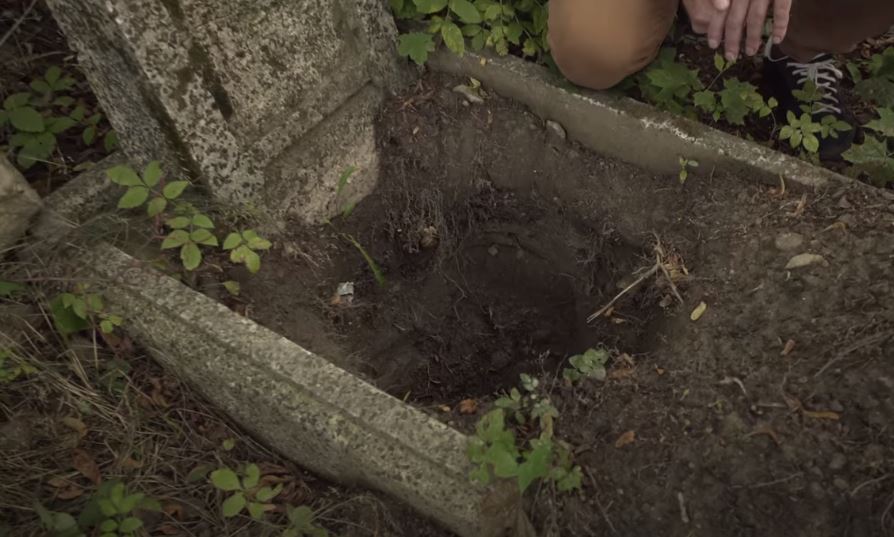 Some of the Germans who left Poland around that time buried valuables – such as jewellery or porcelain – before moving west.

In some cases, they buried them in graves, which would make the items easy to find later.

This may provide a clue into what happened at the old German cemetery in the village of Modliszów, in Lower Silesia, where a small grave – which apparently belonged to a child – was recently found dug up. 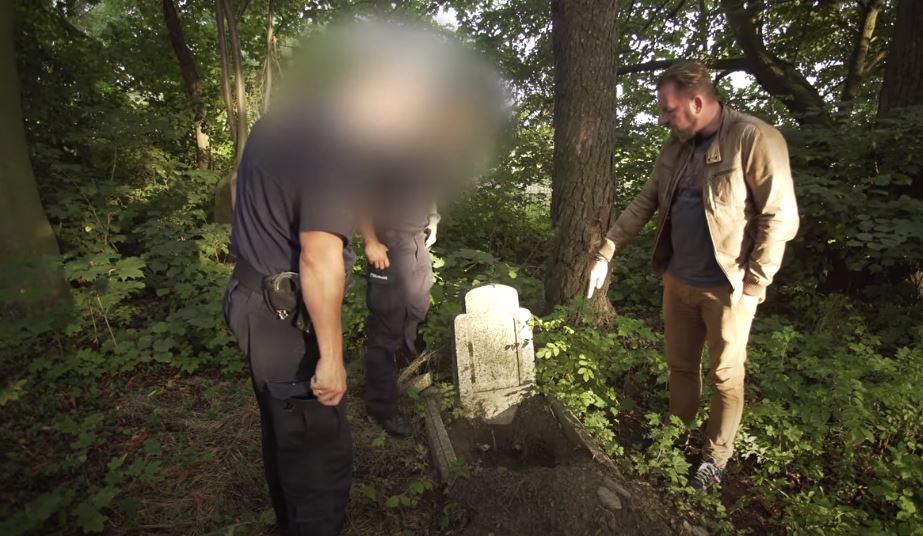 Police launched an investigation after Kazek showed them the desecrated grave.History Hiking/YouTube

The discovery was made by the creators of the Polish “History Hiking” series, made up of weekly episodes on YouTube filled with secrets and treasures.

Series creator Łukasz Kazek said: “A grave has been dug up. Someone was probably looking illegally for treasure or a deposit.

“Someone with a detector or information, maybe a former resident, he just knew exactly in which grave to dig and get out what was hidden.”

The incident took place in the region of Lower Silesia in south-western Poland, which was within Germany’s borders prior to 1945.History Hiking/YouTube

He added: “Former German inhabitants used to deposit in their graves. Most often they were valuables, jewellery, silver, porcelain. Perhaps there was something in a bucket or a pot.”

Police are now looking into the matter and if caught the culprit could face up to two years in prison.