A Polish daredevil saw his dream of scaling the Tour Montparnasse evaporate after being thwarted mid-run by an emergency crew who had been alerted to his harness-free climb. 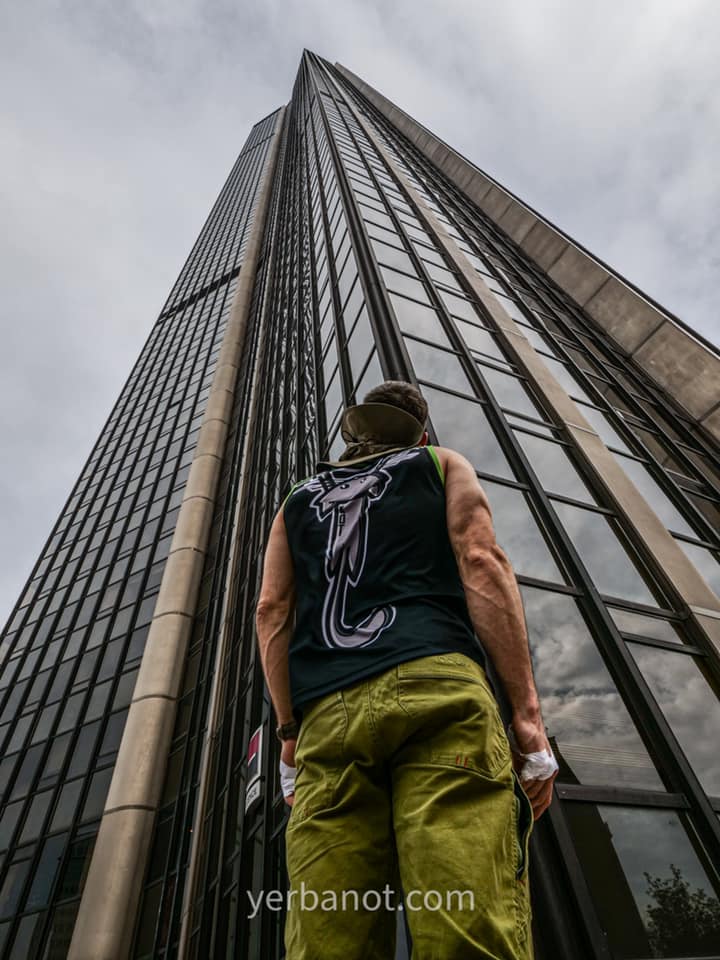 Banot had earlier posted videos of himself outside the Tour Montparnasse inspecting the skyscraper as he prepared for his daredevil climb.BNT fhujHD/Facebook

Drawing a crowd of dozens of onlookers, the drama unfolded on Friday evening when commuters on their way home noticed a man inching his way up the glass surface of the second tallest skyscraper in Paris. 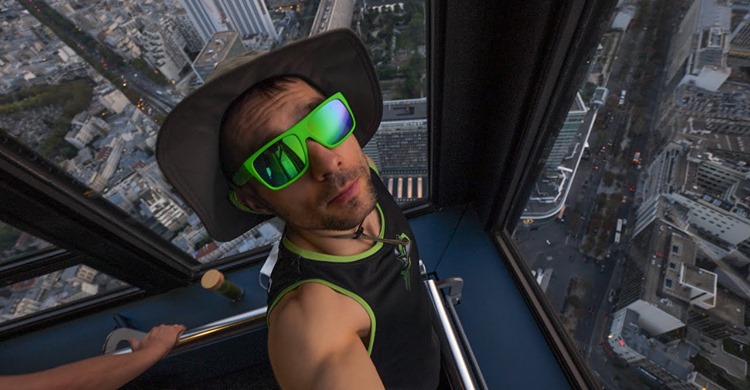 In the video posted to his YouTube channel, the 32-year-old was seen exploring the tower ahead of his latest stunt.BNT fhujHD/Facebook

Speaking to Le Parisien, one witness told the newspaper of her surprise: “When I exited the metro station I saw firemen and police and assumed that something serious was happening; everyone around was looking upwards. When I looked up myself I saw a man in a white t-shirt climbing the skyscraper with his bare hands with no rope or any other security measures in place. 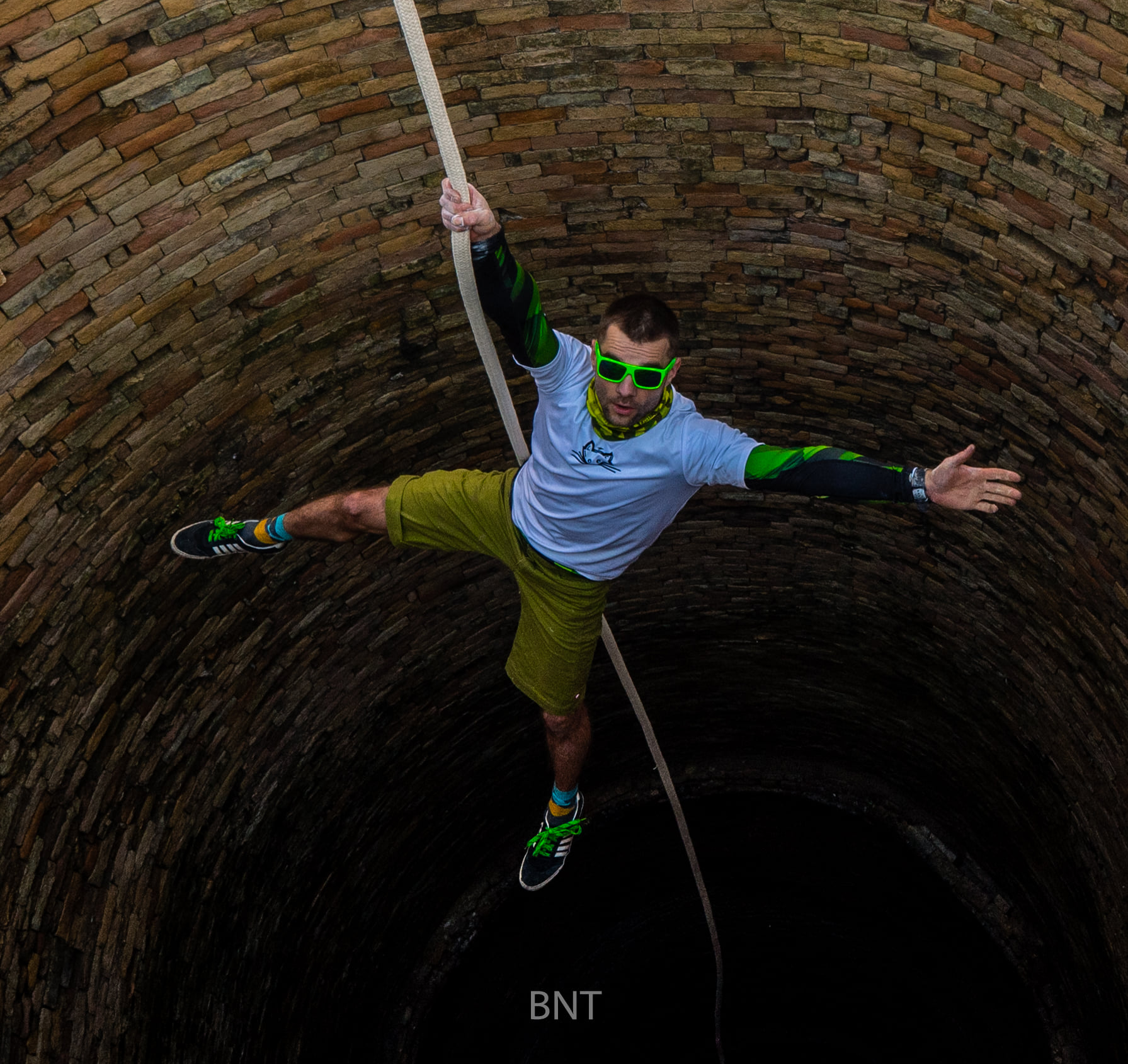 “At first, people thought it was an attempted suicide, but we quickly realized that this man was completely calm and moving upwards,” continued the Parisian woman.

“He climbed quietly, in a very smooth way, as if he had done this all his life. We soon realized that this was a challenge for him and the crowd started to applaud.” 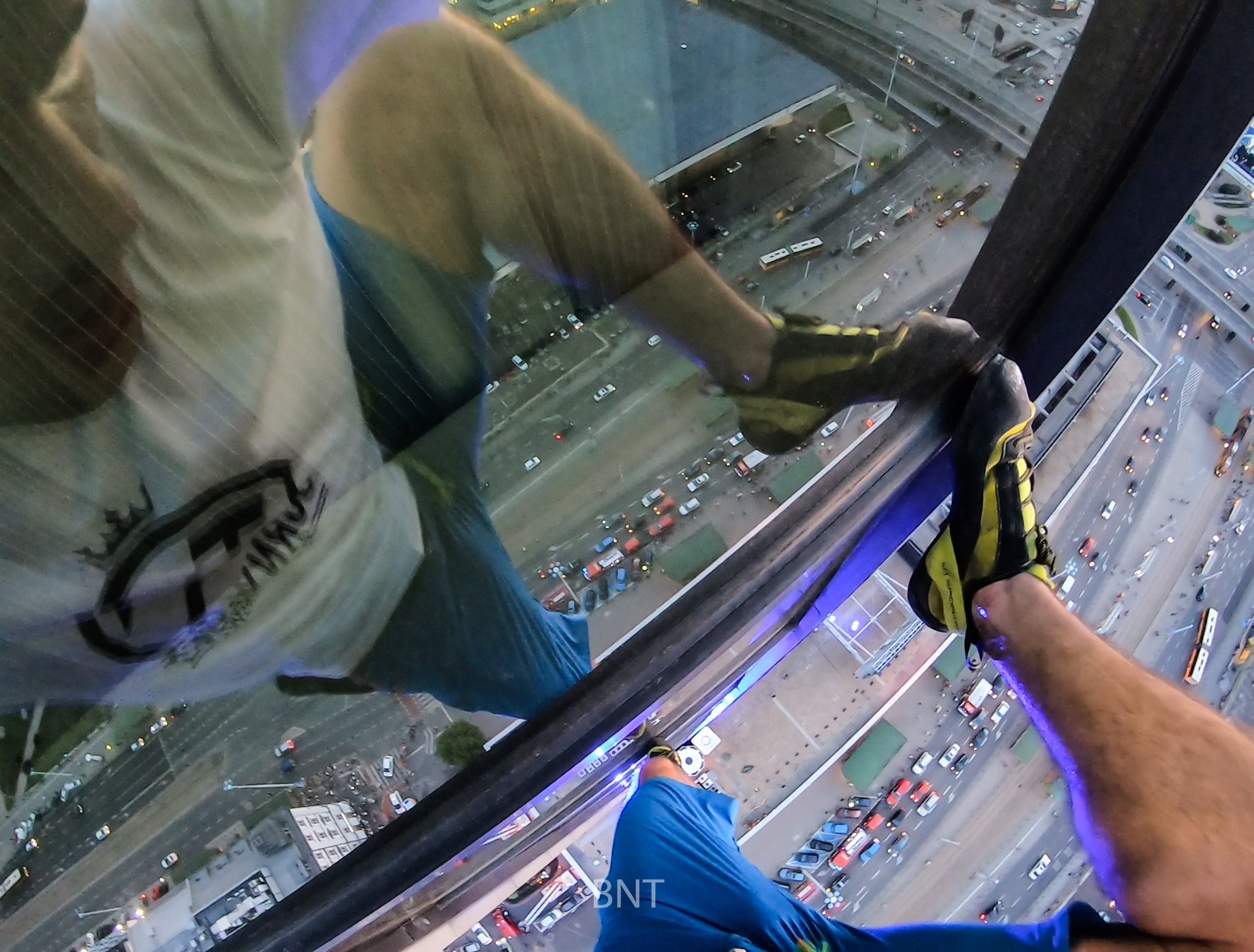 More recently, Banot left Varsovians stunned when he climbed the 170-metre Marriot Hotel in the centre of the Polish capital.BNT fhujHD/Facebook

However, despite the backing from down below, the illegal climb was interrupted half-way through when a rescuer abseiled from the top, intercepted the climber and hauled him upwards to face the consequences. There, the man introduced himself as a tourist form Poland and was promptly arrested by the police.

The tourist, as it turned out, transpired to be Marcin Banot, a 32-year-old adrenaline junky from Świętochłowice. 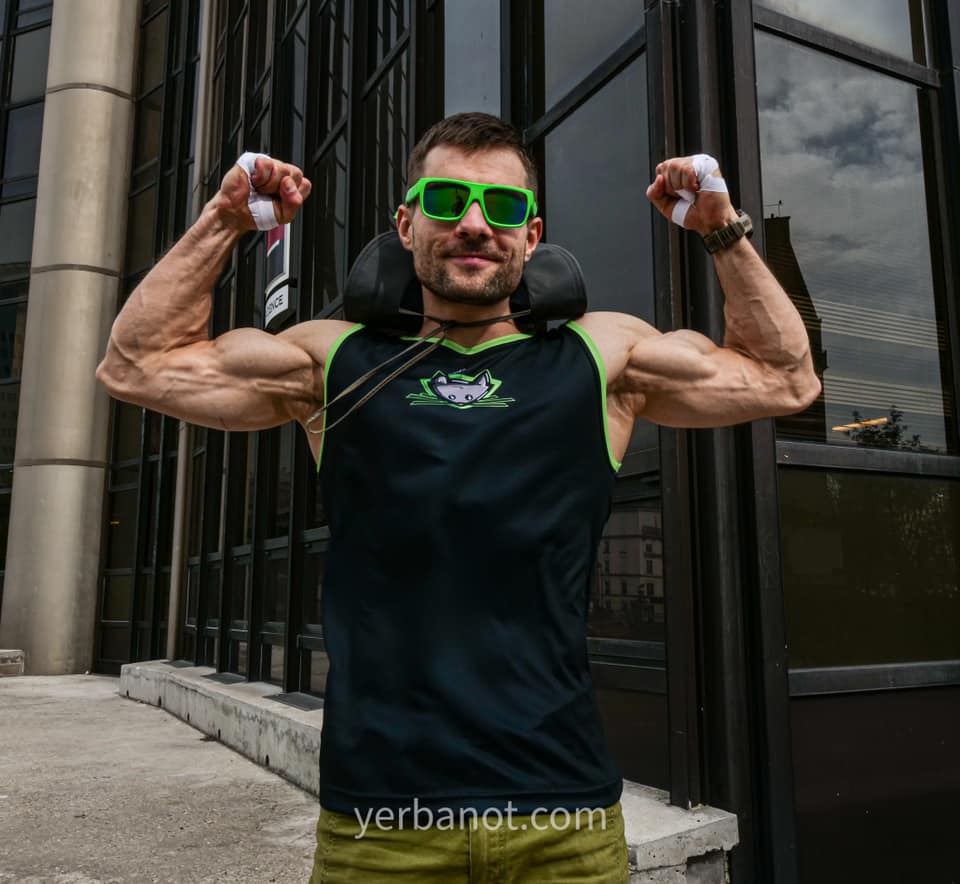 Known in some circles as BNT, but by many more as the Silesian Spiderman, the extreme climber’s YouTube channel is devoted to escapades involving skyscrapers, cranes, industrial chimneys and towers.

Among his achievements, past conquests have included a 350-metre chimney in Romania, the 155-metre Humber Bridge in the United Kingdom and the 117-metre Hotel Melia Barcelona Sky. More recently, Banot left Varsovians stunned when he climbed the 170-metre Marriot Hotel in the centre of the Polish capital.

Once voted the world’s second ugliest building, the Tour Montparnasse features 59-floors spread over a height of 210-metres.HORACIO VILLALOBOS/PAP/EPA

Built at the turn of the 1960s and 70s, the Tour Montparnasse features 59-floors spread over a height of 210-metres and has, in the past, had the ignominy of being voted the world’s second ugliest building.

Targeted by urban climbers before, the tower has previously been successfully scaled twice by Frenchman Alain Robert, once in 1995 and again in 2015. 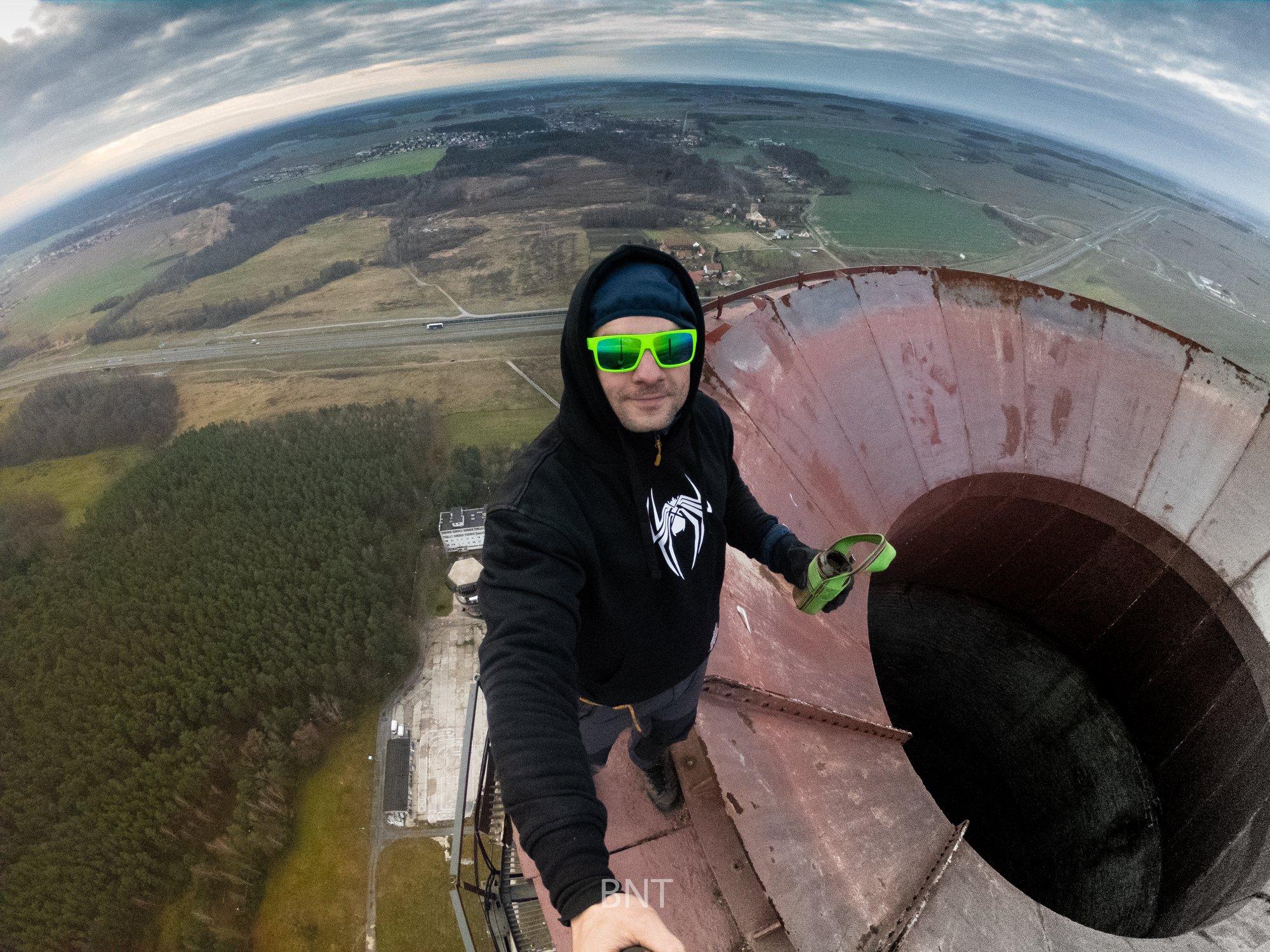 Among his achievements, past conquests have included a 350-metre chimney in Romania, the 155-metre Humber Bridge in the United Kingdom and the 117-metre Hotel Melia Barcelona Sky.BNT fhujHD/Facebook