Cop that! Officer nabs speeding motorbiker after chasing him on borrowed bicycle

A quick-thinking traffic cop is living up to his unit’s nickname SPEED after borrowing a bicycle to catch a fleeing motorcyclist.

The officer and his partner had been on patrol in Chełmżyca, northern Poland, when they spotted the biker racing through the village at a whopping 120km/h - in a 30km/h zone.

The biker rode into a field where the motorbike got bogged down in mud, forcing him to abandon it and make his escape on foot. Police materials

Sticking on their siren, the officers tried flagging the man down, but when he refused to stop they set off in pursuit.

According to the police website, the biker then rode into a field where the motorbike got bogged down in mud.

Abandoning it, the man set off on foot, leaving the officers wondering what to do. 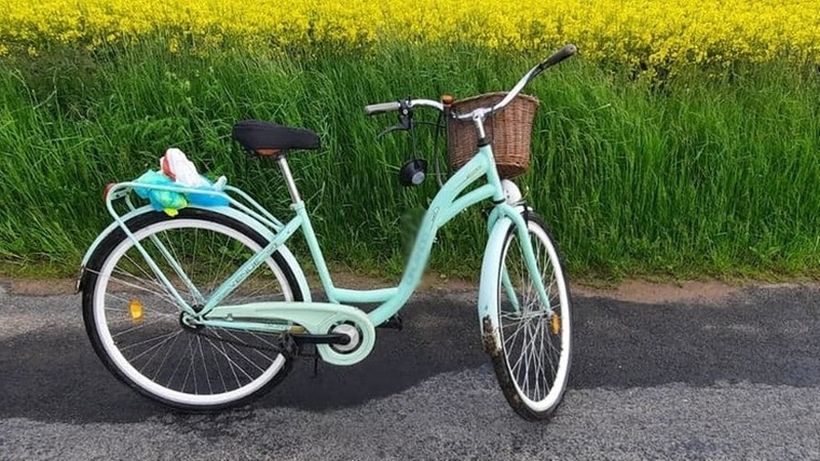 The quick-thinking officer went to a nearby house where he borrowed a light green bicycle with a shopping basket attached to its front.Police materials

Realising they wouldn’t be able to drive their patrol car across the field, and the man was already too far ahead to catch on foot, the quick-thinking officer went to a nearby house where he borrowed a bicycle.

Mounting the light-green bike with a shopping basket attached to its front, the officer once again set off in pursuit of the fleeing man, eventually catching up with him and slapping handcuffs on the out of breath 23-year-old. 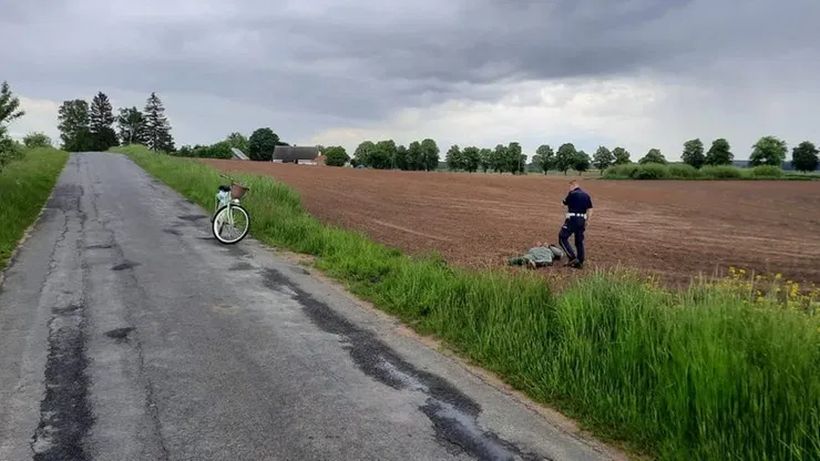 The drunk 23-year-old now faces up to five years in jail.Police materials

A police spokesman later said: “When officers checked the man’s background they found he not only didn’t have a licence but he was also drunk.”

The man now faces up to five years jail.

Another participant of anti-Semitic march arrested