Cop a load of that! Detective finds priceless artefacts feared looted during WWII inside museum warehouse

A police detective with a passion for history and culture has been hailed a hero after his unrelenting crusade to recover missing artworks resulted in the discovery of a priceless horde thought to have been irretrievably lost.

Marek Łuczak, a 40-year-old officer with the Provincial Police Headquarters in Szczecin, had been visiting the Museum of the Myślibórz Lake District when he uncovered a baptismal angel dating from the Baroque period.

Łuczak had been visiting the museum as part of a wider programme to register sacral monuments in Myślibórz County.

Whilst there, however, his curiosity was aroused by an angel that he recognized as having once been listed as the property of the Heimat Museum in Myślibórz. 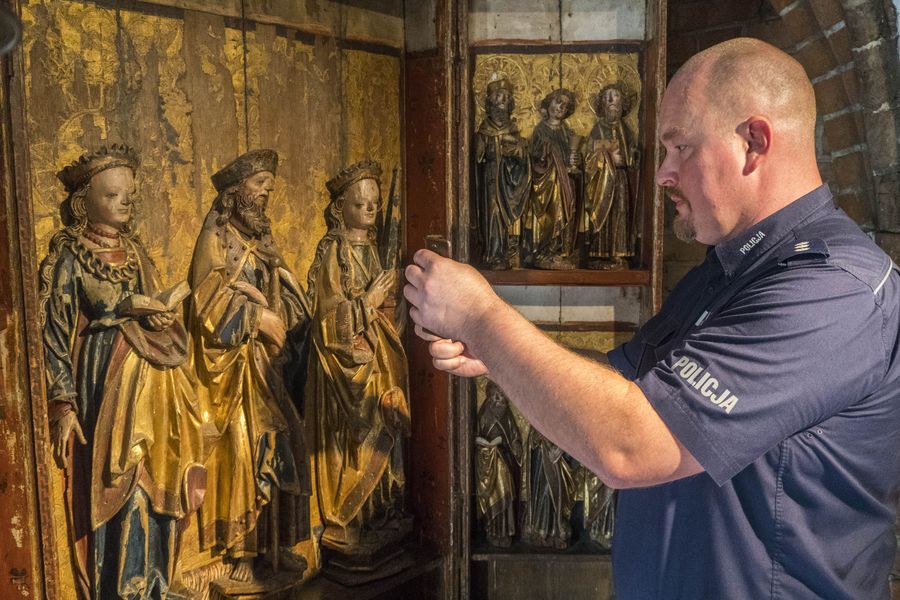 Detective Marek Łuczak had been visiting the Museum of the Myślibórz Lake District as part of a wider programme to register sacral monuments in Myślibórz County when he made his startlind discovery. policja.gov.pl

Dating from the beginning of the 18th century, it had been transferred into the care of the Heimat Museum in 1928.

Although the museum survived the war, it was turned into a school in the years that followed with displays either stored in different rooms or handed to employees for safekeeping – many others simply vanished.

In the atmosphere of general chaos that followed WWII, the angel was presumed to be one such item and the Ministry of Culture and National Heritage listed it as missing. 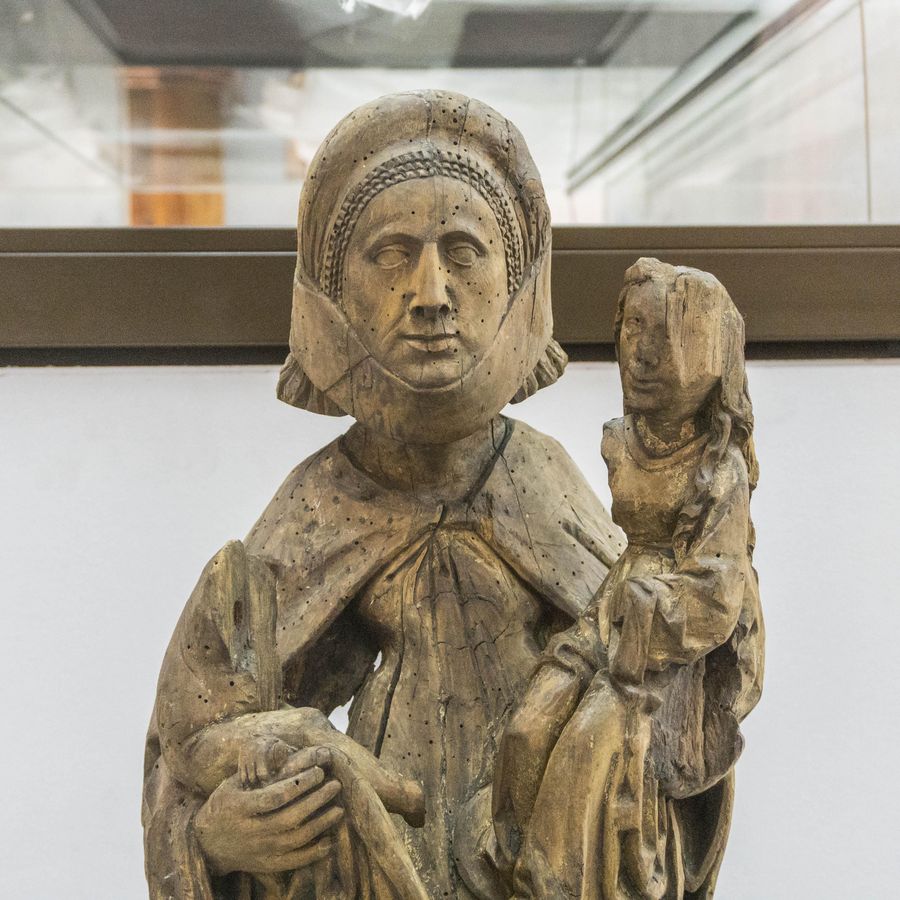 Among the discoveries were a 15th century sculpture of St. Anna Samotrzeć. policja.gov.pl

Working with museum employees, Łuczak was able to establish that the angel had in fact reappeared again in 1963 after an inventory conducted by the Myślibórz County Cultural Centre recorded the artwork as one of several items stored in their attic.

Ten years later it was handed over to the Museum of the Myślibórz Lake District, and although it was commonly assumed to have once belonged to another museum, no cross-check was ever made to see if it had been catalogued as missing – that is, not until Łuczak entered the frame nearly half a century later.

This was to prove the tip of the iceberg. Encouraged by this success, the detective decided to pursue other works of art missing from the Heimat Museum. 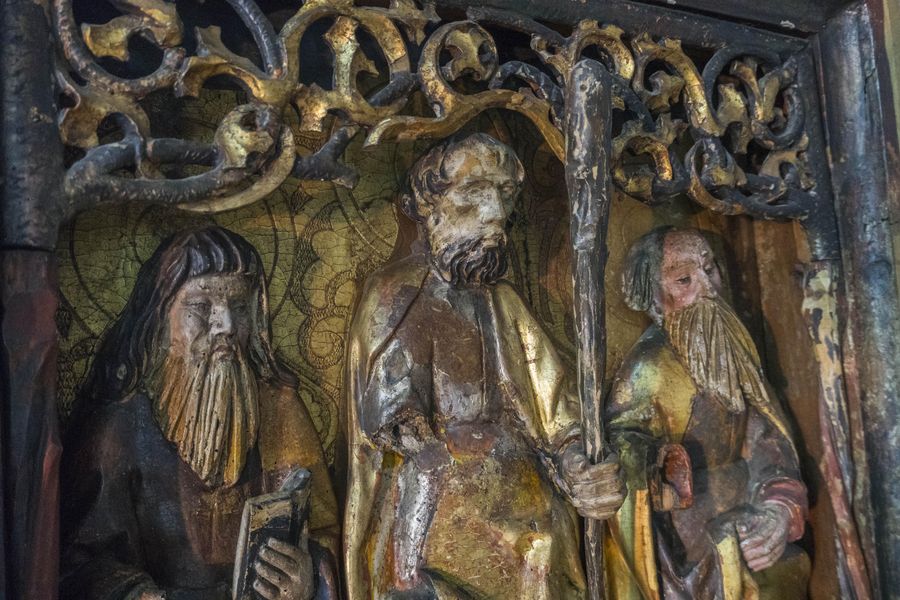 Relying on photographic and written descriptions Łuczak was able to follow the trail of the triptych of St. Jacob that had once adorned a church in Będargów (formerly the German village of Gross Mandelkow) in 1515. policja.gov.pl

Relying on photographic and written descriptions provided by the Ministry of Culture and National Heritage, Łuczak was able to follow the trail of a triptych of St. Jacob that had once adorned a church in Będargów (formerly the German village of Gross Mandelkow) in 1515.

Sifting through all of the paperwork, the policeman was able to deduce that it had been transported to the Wielkopolska province immediately after the war before surfacing again in 1960 inside the National Museum in Szczecin. 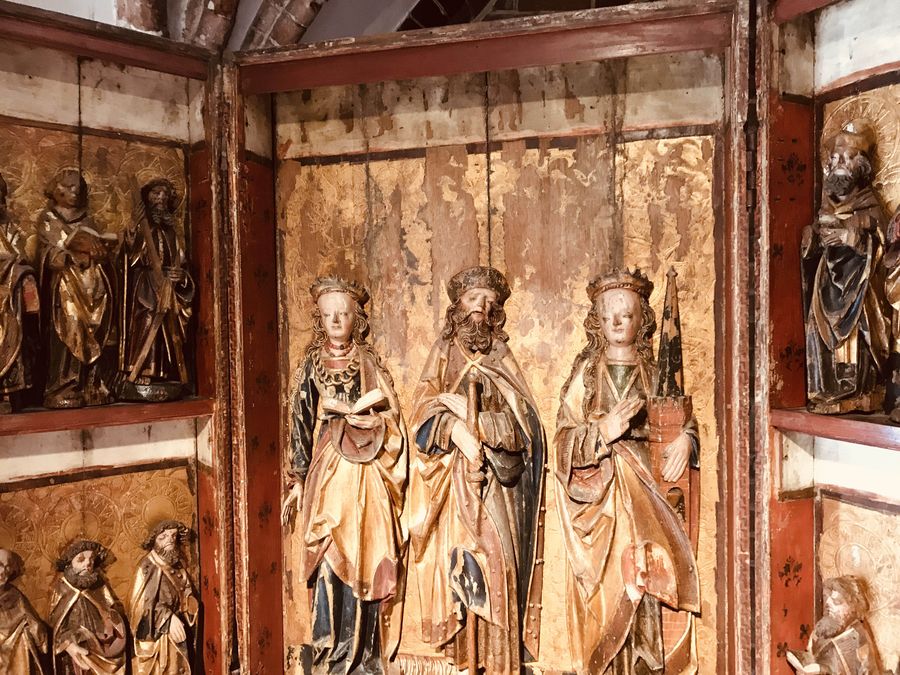 During the chaos that followed WWII a basic administrative oversight had meant that the treasure was listed as missing. policja.gov.pl

Much like the angel, a basic administrative oversight had meant that a treasure listed as missing was actually anything but.

Astonishingly, the finds kept on coming.

Meeting last week with the curator of the museum’s Early Art Department, Łuczak showed him pre-war photographs of two other missing triptychs, one from Dalsz (once the German town of Woltersdorf), and another from Dyszno (Ringenwalde). 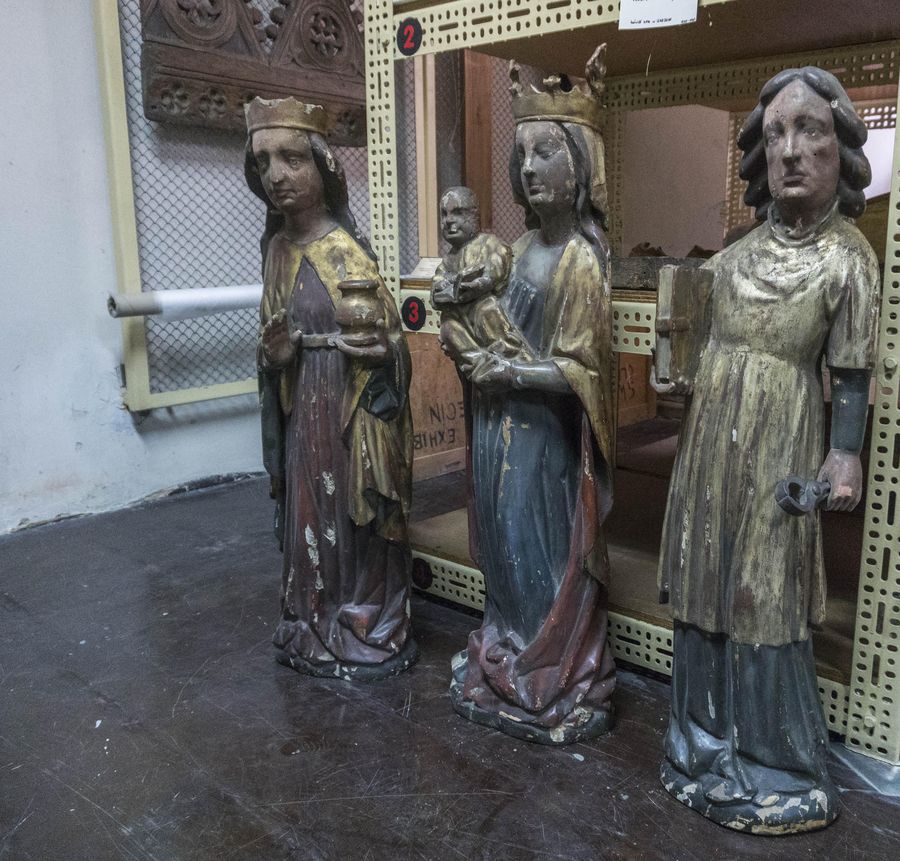 Łuczak’s unrelenting crusade to recover missing artworks resulted in the discovery of the priceless horde thought to have been irretrievably lost.  policja.gov.pl

Produced by David Preuss in 1599, the latter was made from lime wood and included figures of Christ, Mary Magdalene, St. John the Evangelist and Saints Peter and Paul.

Though since dismantled, it was quickly confirmed that the components comprising this highly decorative work were being kept in storage in the museum’s warehouse.

“These works are all priceless,” Łuczak told local reporters, “but this is about historic value rather than money.” 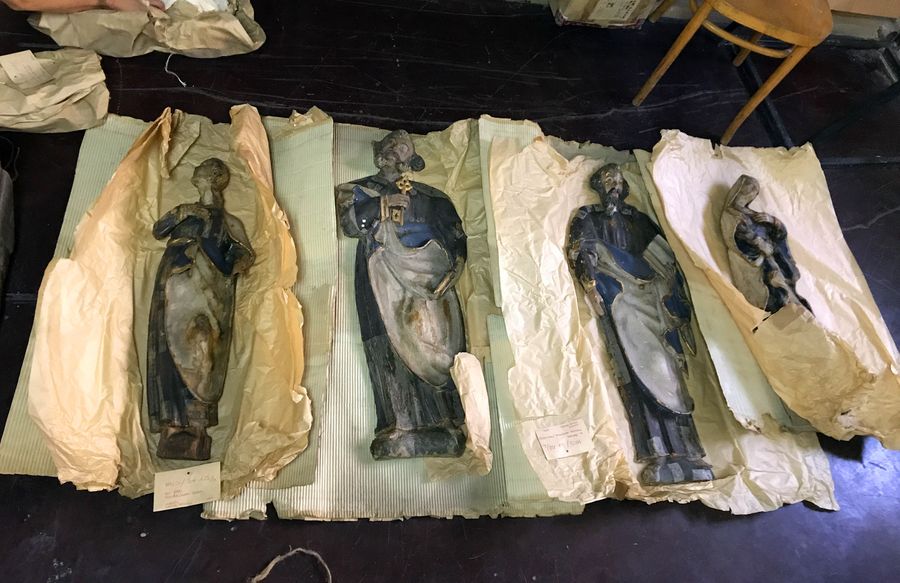 Łuczak told reporters: 'These works are all priceless, but this is about historic value rather than money.'policja.gov.pl

The trio of triptychs will remain under the guardianship of the National Museum in Szczecin, as will a 15th century sculpture of St. Anna Samotrzeć and a 17th century monument from a church in Rowa that were also uncovered during Łuczak’s investigation.

For Łuczak – who has authored several historical papers and received numerous state decorations for his service – this is by no means the end.

While this latest haul stands to be struck from the Heimat Museum’s list of missing objects, others remain, among them a set of 18th century travellers’ chests, stained windows dating from 1928, a medieval boat and three church bells.