Two altars in Warsaw’s Carmelite Church are being renovated with at least 64 square metres of pure gold to restore their baroque character and look.

The Church of the Assumption of the Virgin Mary and of St. Joseph on Krakowskie Przedmieście Street, next door to the Presidential Palace, is the only church in the area that managed to survive  World War II. 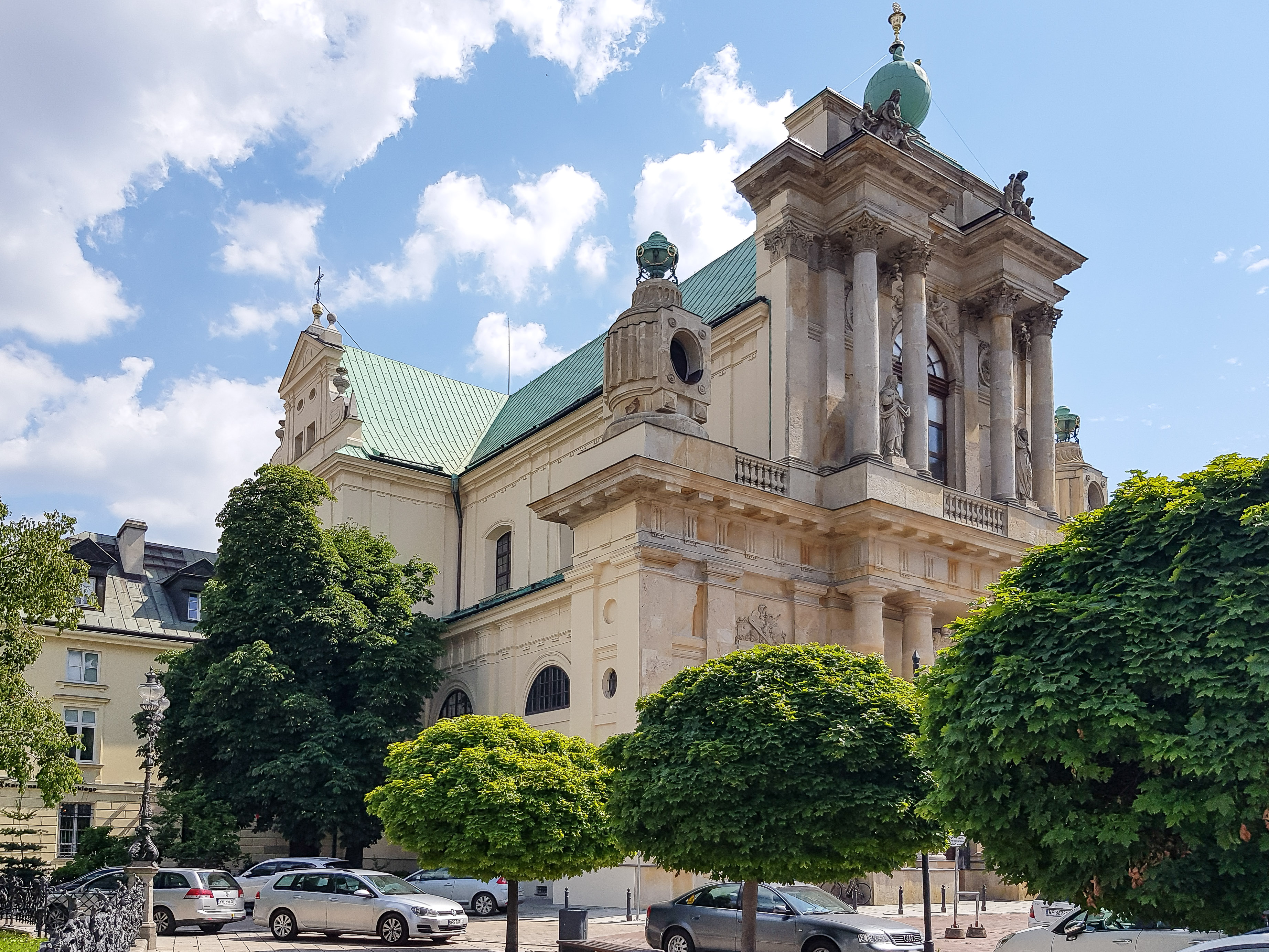 The work is being carried out at Warsaw’s Church of the Assumption of the Virgin Mary and of St. Joseph.Kalbar/PAP

"We have been working here for 10 years in the church,” Mariusz Makowiecki, who leads the conservation works, told TFN. “We started with the original stucco in the presbytery."

Bit by bit, painting the walls, renovating the main altar and the small organ, they are preserving works of art and ensuring the church will serve the local community and visiting tourists for many decades to come. The focus of this year’s work, the two side altars, are being renovated for the first time in 150 years. 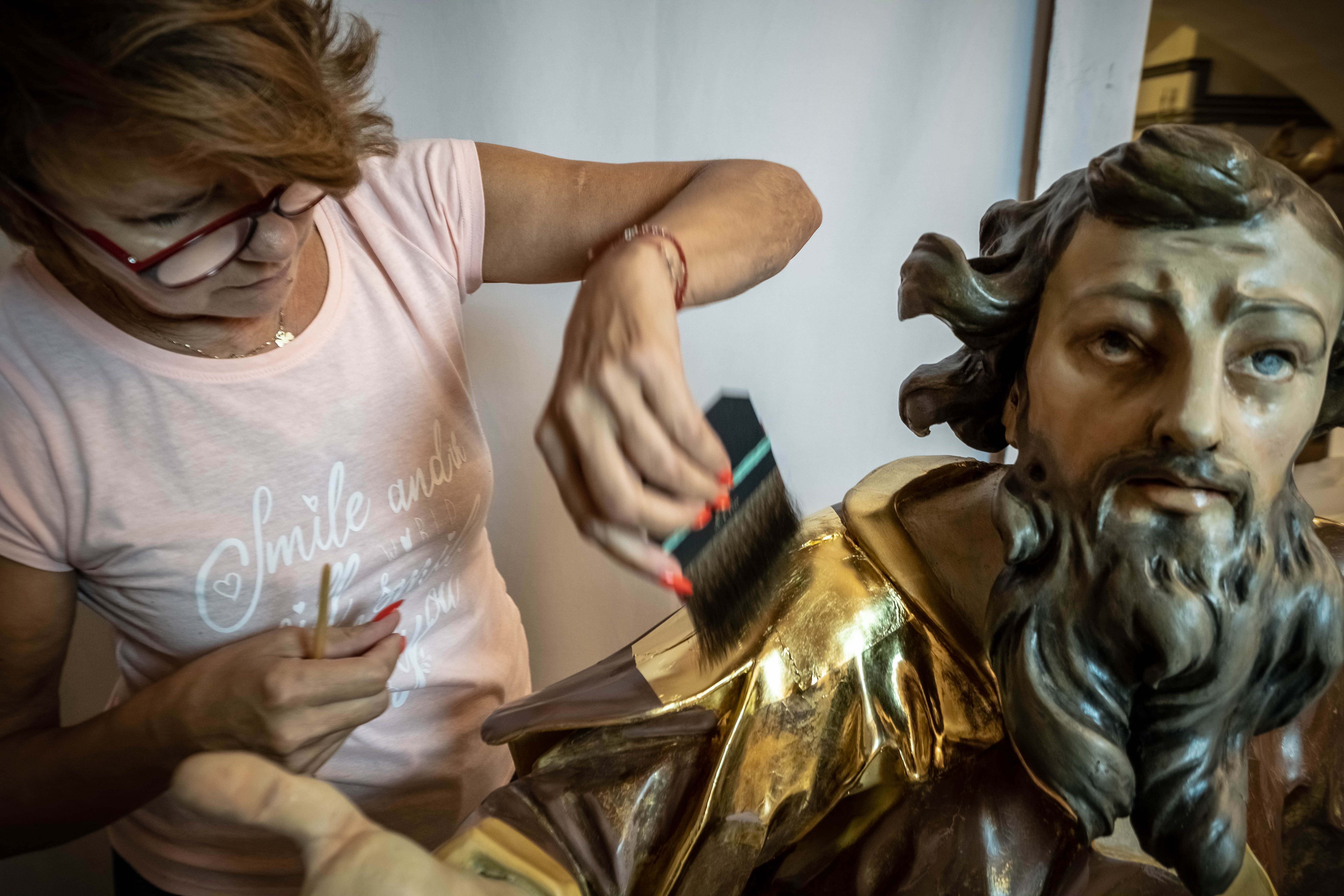 The baroque church itself was erected in the years 1643-1655 for the Order of the Discalced Carmelites. The classicist stone facade, the first in Warsaw, was completed in 1779. Today, the church serves as a seminary. 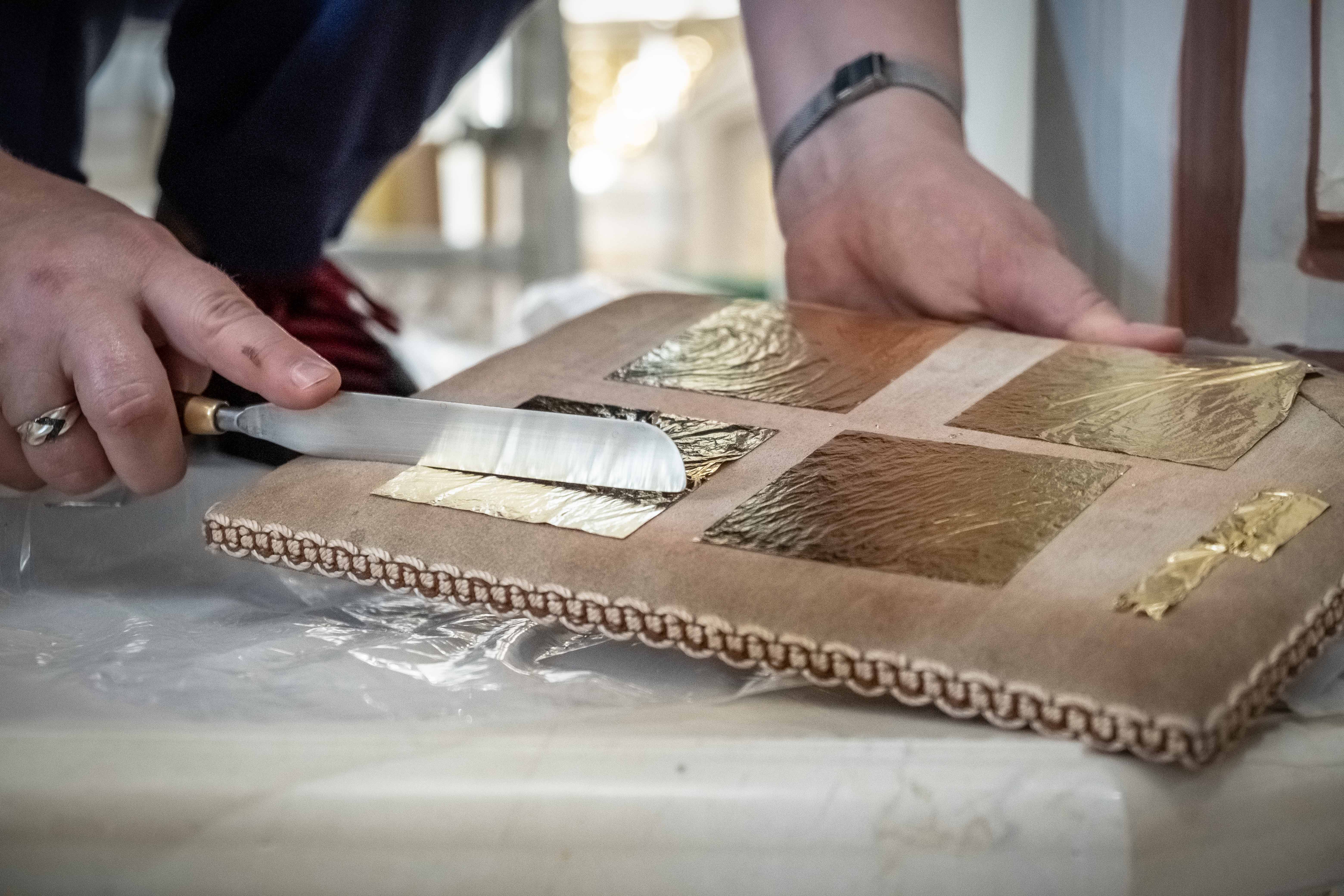 In total 64 square metres of gold will be used for the altars.Kalbar/TFN

The side altars, dedicated to Our Lady of the Rosary and the Name of Jesus, were created in the years 1720-1750, while the decorative ornaments were added in the 19th century.  “On the altars, we had sculptures from different periods and authors. The figures were standing on the wrong sides. We've sorted it out, together with a commission made up from art historians and representatives of the conservators’ office,” added Makowiecki. 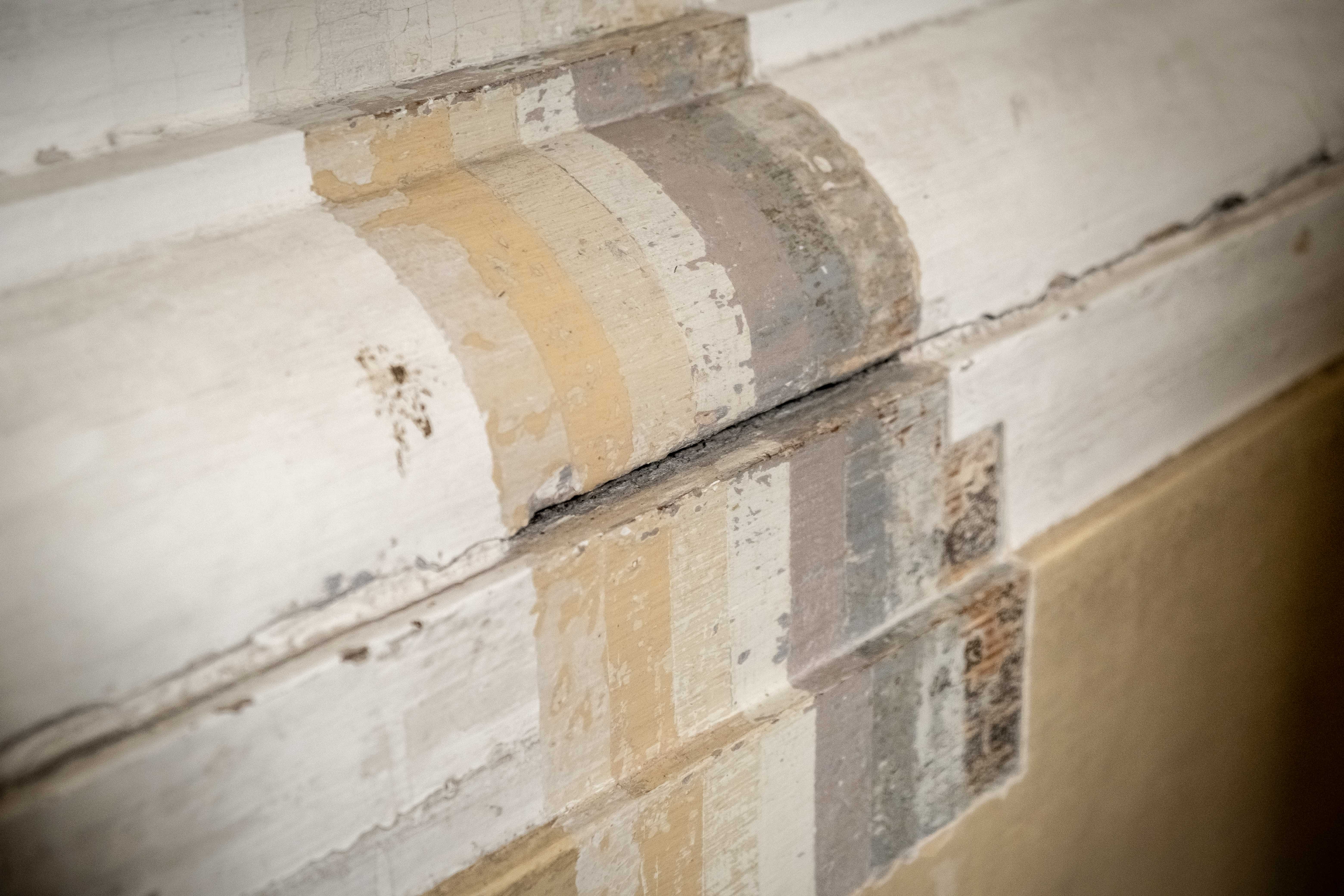 Their biggest enemies have been dirt, woodworm, atmospheric conditions, and incompetent attempts at preserving the altars.Kalbar/TFN

Although the church wasn’t badly damaged during the war, the years took their toll on the sculptures, paintings, and woodwork. Their biggest enemies were dirt, including the pervasive smog, woodworm, atmospheric conditions, and incompetent attempts at preserving the altars. On the surface, they were covered with oil paint or varnish that detracted from the old gold. 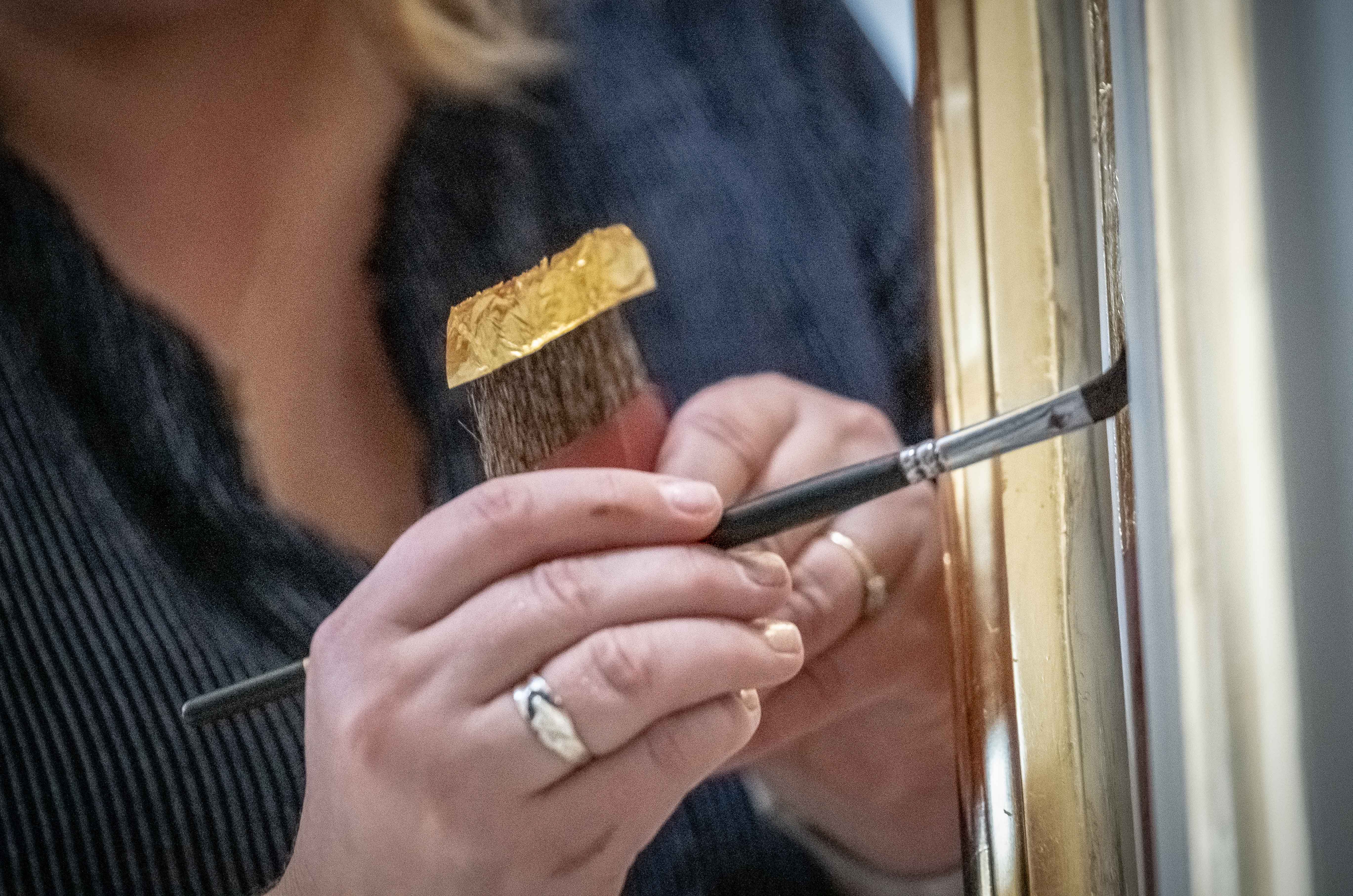 Restoring the altars has been described as a “long process”.Kalbar/TFN

“This is a long process,” said Anna Rdest, who has been working as a conservator specializing in gold and gold-plated objects for 35 years. “On many sculptures, we could see the remnants of the original gold plating, but also the layers of paint. To reach the pure gold, we had to use special agents and clean them. These agents do not dissolve real gold. They only remove slag-metals and other pollutants.” 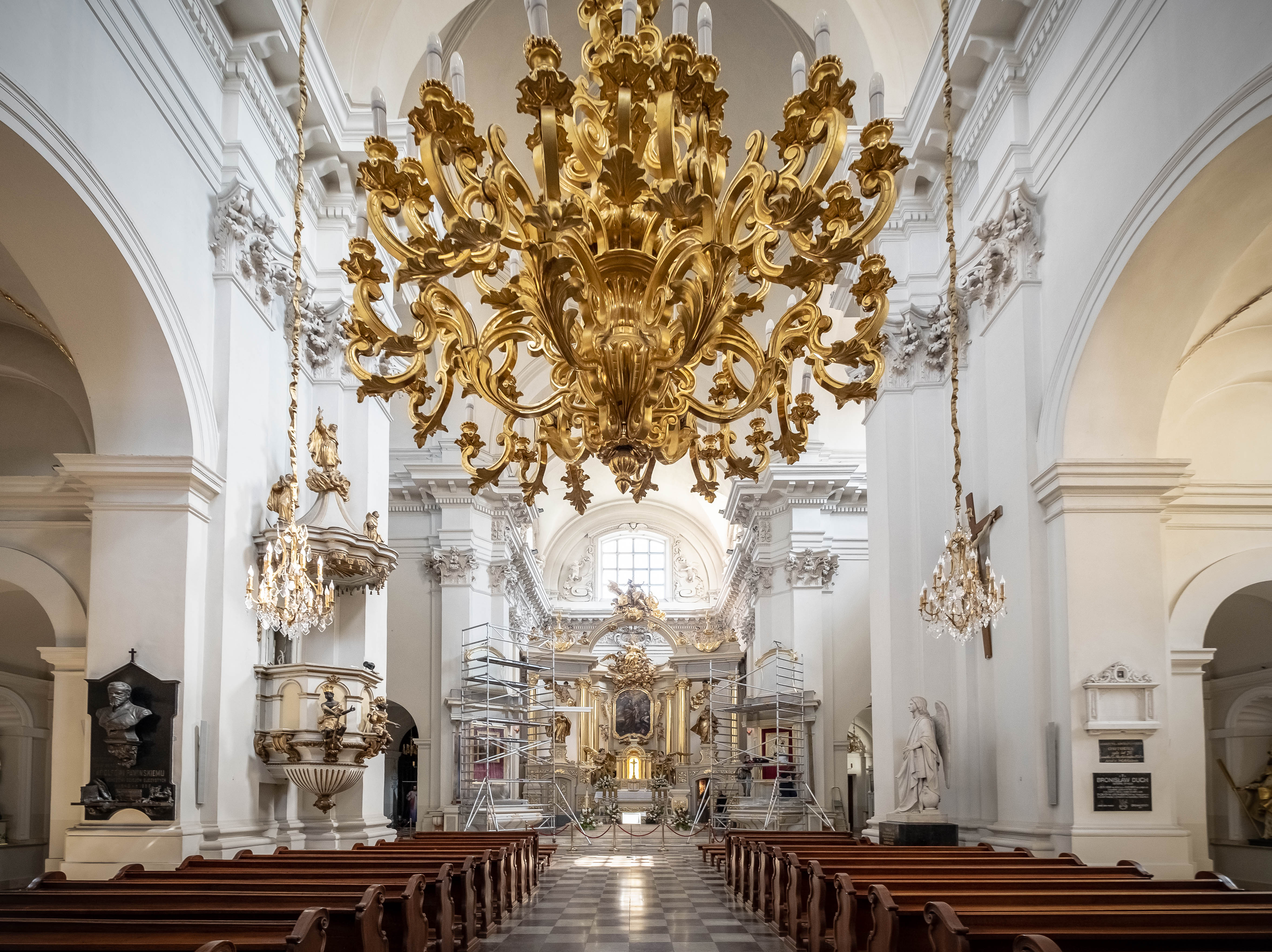 The baroque church was erected in the years 1643-1655 for the Order of the Discalced Carmelites.Kalbar/TFN

The handiwork, which prepares the sculptures for the actual renovation, takes several days, depending on how detailed the object is. For the two altars, 64 square meters of gold sheets will be used.

“Now the job is to blend in the gold sheet, just like the original ones were placed.  Then we rub it on top, to give it a uniform character,” added Rdest. 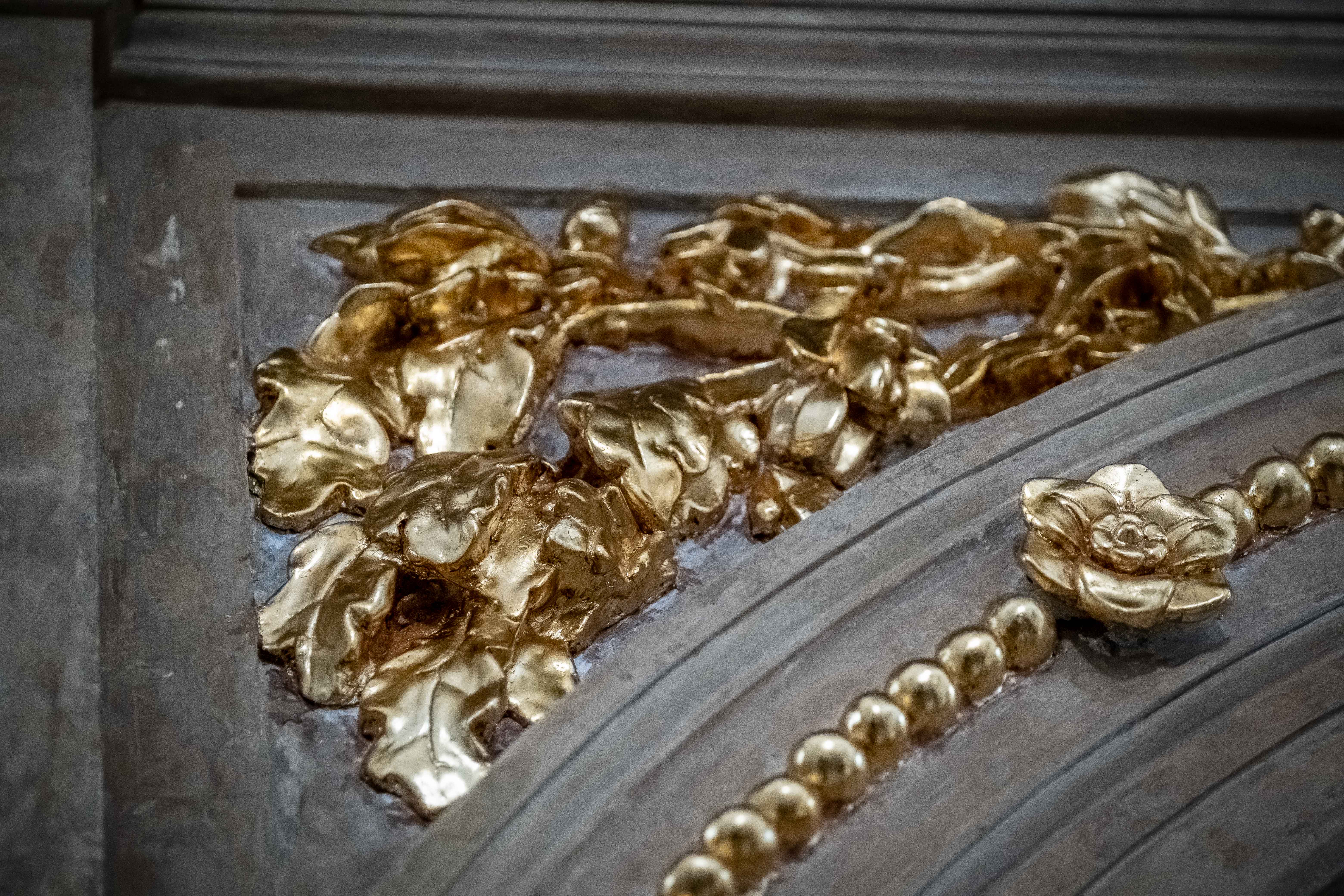 Some of the original gold had to be stripped of dirt and old paint.Kalbar/TFN

This year’s renovations will be finished by October, yet the work is far from complete. The church still houses several other altars, main organs, and various works of art that are in need of care and attention so they can withstand another 150 years.