A huge street art mural from Gdańsk, which was stolen and chopped into pieces before being sold to a gallery in London, has been returned after a five year legal battle.

The work known as ‘It’s Complicated/To skomplikowane’ made by London street artist Stik with the help of Polish street artists was commissioned in 2011 by the British Council and Łaźnia Centre for Contemporary Art in Gdańsk.

Liking to feel connected to local communities, the 40-year-old artist from Hackney in London who has built a reputation over 20 years as a community activist and whose famous ‘Sleeping Baby’ piece for Britain’s National Health Service raised over £50,000 for a local hospital, invited local youngsters to attend and help him create his work. 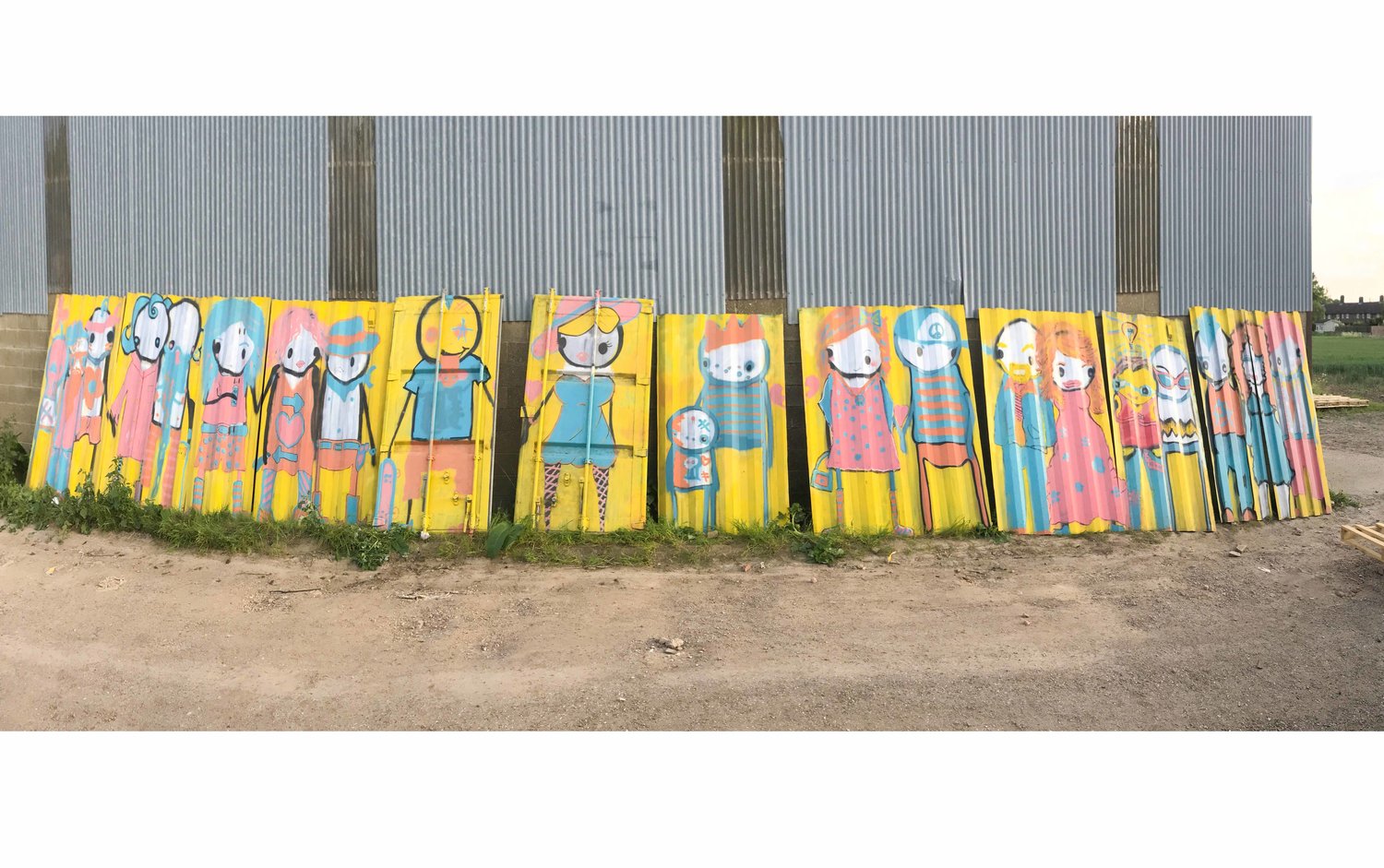 After being cut up and sold off in a London gallery, the It’s Complicated artwork has finally been returned to Gdańsk. Stik

One of those who attended the two day workshop, which culminated in the creation of the 45-metre piece covering two shipping containers, was Miss Take, a leader of a local collective known as ‘Graffiti Ladies’.

She told TFN: “We named the piece “To Skomplikowane” because while painting we were talking about how Facebook lets you choose between single, in a relationship or it’s complicated and we were wondering what it could really mean. 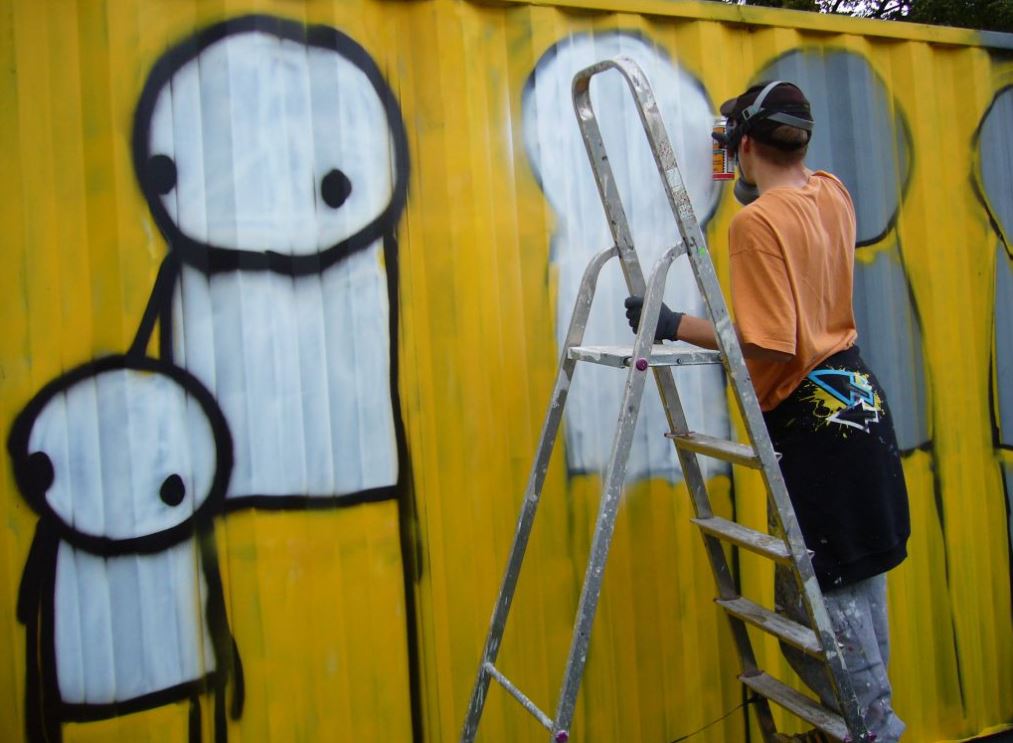 The 45-metre mural entitled ‘It’s Complicated/To skomplikowane’ was created ‘for the people and by the people of Gdańsk’. CSW Łaźnia

“Also, while we were talking about it we’ve realised that the piece really was perfectly describing it. When you look at the figures you can see how each one is different and how relationships are created, even these difficult ones.”

In 2014, the artwork disappeared after being cut up into 29 pieces. 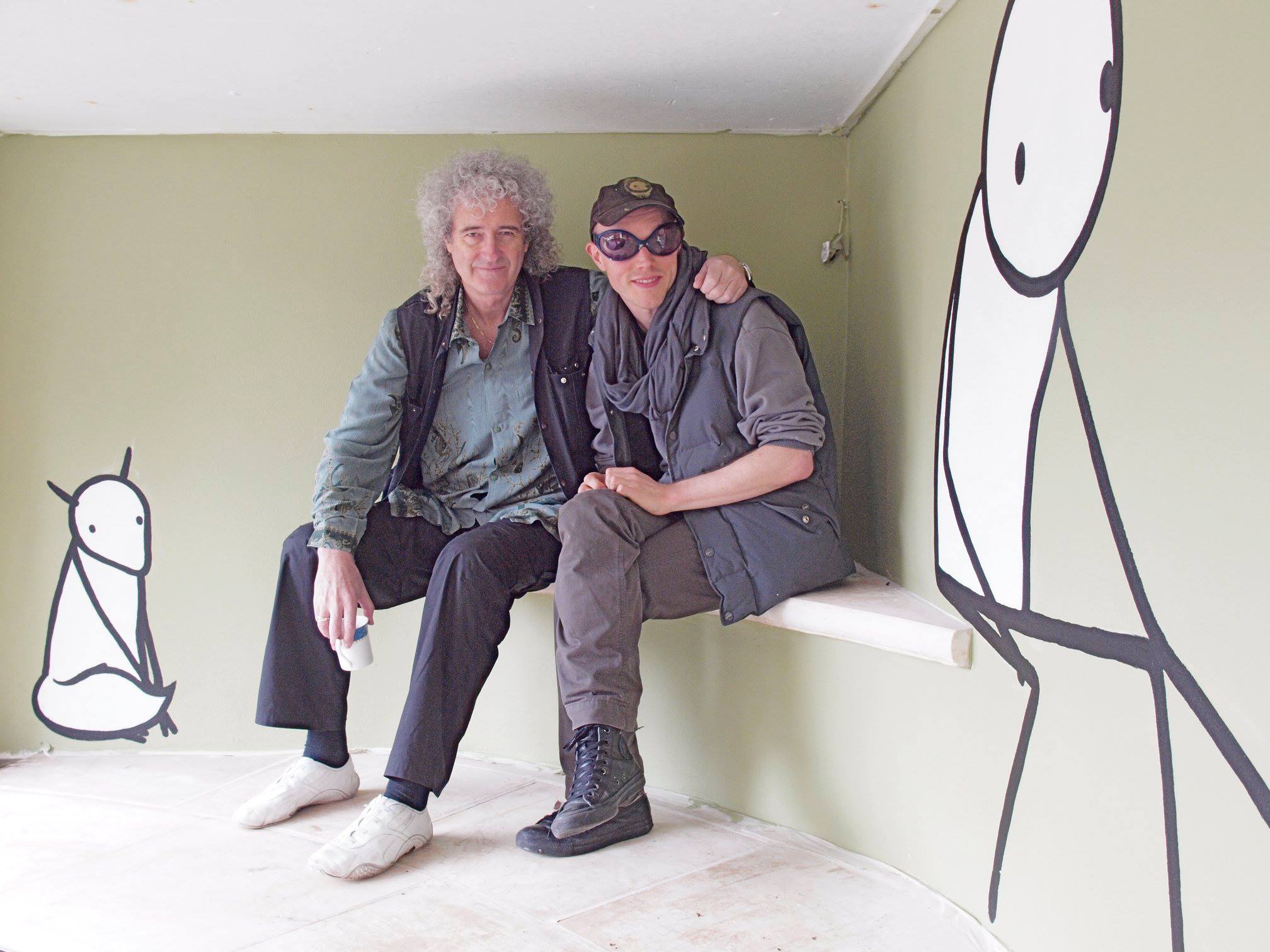 Stik, pictured here with Queen guitarist Brian May, raises thousands of pounds for local communities through his artwork. Stikstudio/Facebook

It reappeared a year later at the Lamberty’s London Gallery, with some of the pieces already having been sold under Stik’s name for £30,000.

There followed a five year legal battle which this month culminated in the complete return of the joint project to Gdańsk.

Stik said he was now glad the “nonsense is over” and told TFN: “I only authenticate artworks when all proceeds go to the community. 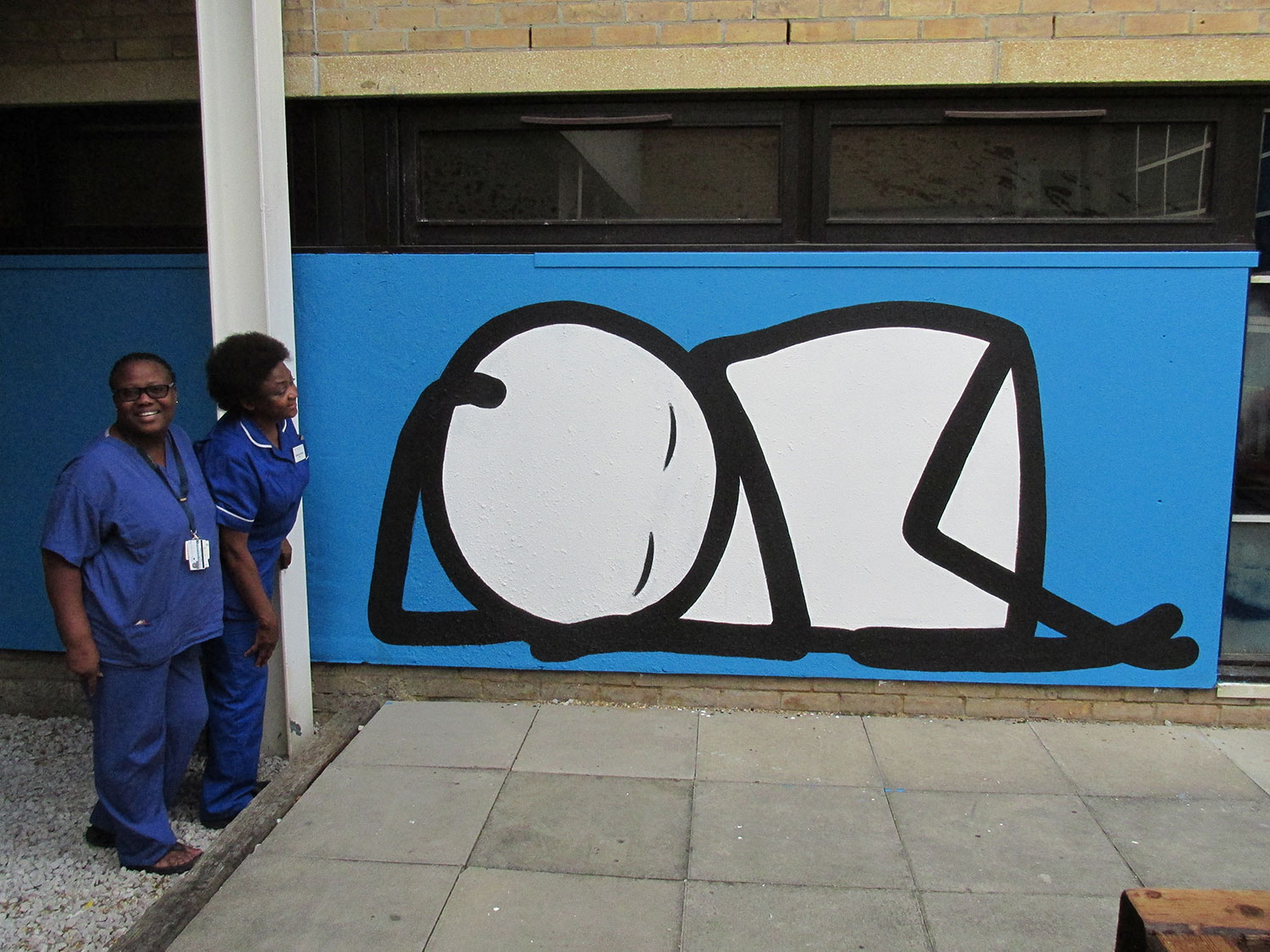 The artist’s Sleeping Baby artwork raised over £50,000 for the Homerton Hospital in Hackney, London. Stik

“The struggles and issues that communities face have been my source material for my street works for 20 years.

“It is only ethical that the sale of these works would benefit these communities in some way if they are sold.” 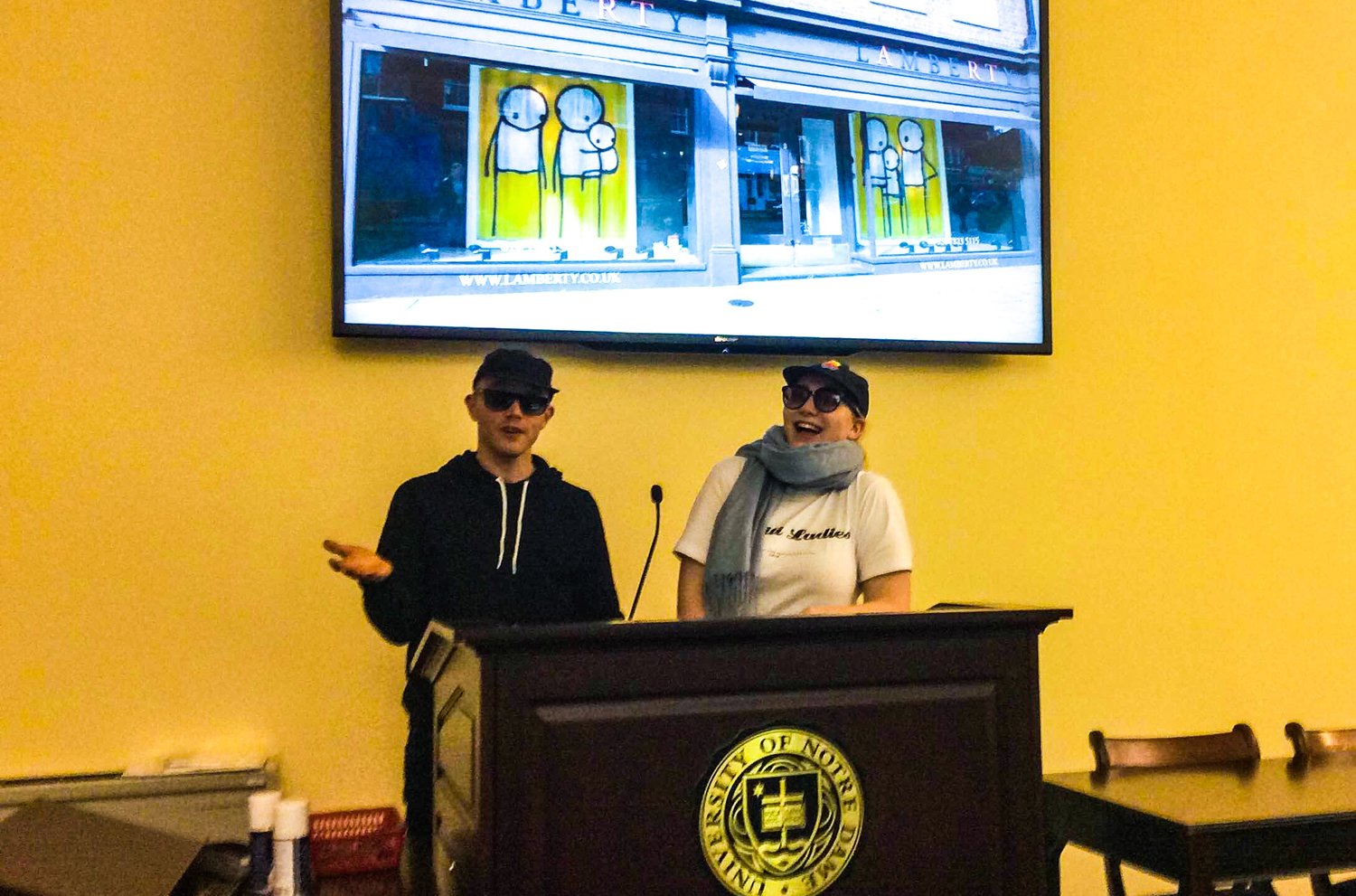 A new permanent home for the work has not yet been found but it is back in Gdansk waiting to go on display.

Miss Take said: “We find it a bit ironic how the name [It’s Complicated] also perfectly describes the whole process of losing the mural and getting it back.”