Internet users have come forward to help an older gentleman in Poland stay with his beloved mare.

OAP Edward Pawlak, who lives in Szubin, a town near Bydgoszcz in northern Poland, has looked after the mare, Eliza, for 30 years.

But recently the 80-year-old, who suffered a stroke and has difficulty moving, has struggled to look after her. 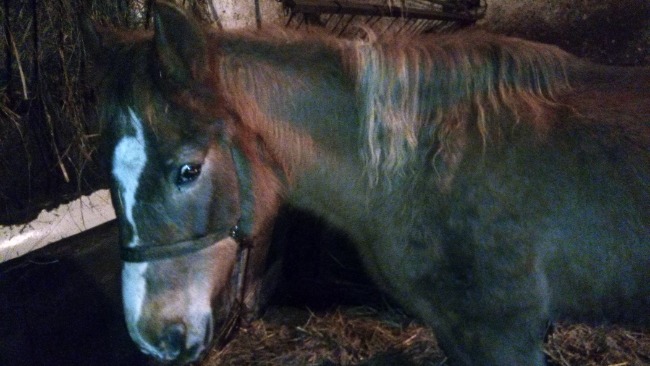 It was feared that Eliza would have to be taken away as her owner didn’t have enough money to look after her properly. pomagam.pl

Living alone in a small house without a toilet, with his wife in hospital and his adult children with lives of their own, the most important thing for Mr Pawlak is his horse.

Describing the moment they met he said: “I bought her from a trader, she was very thin, so thin, and nervous, but I slowly started talking to her and she came towards me. She put a happy face on my shoulder and we hugged."

Since being published online, the story of Edward’s bond with Eliza has moved Internet users, who have stepped in to help. 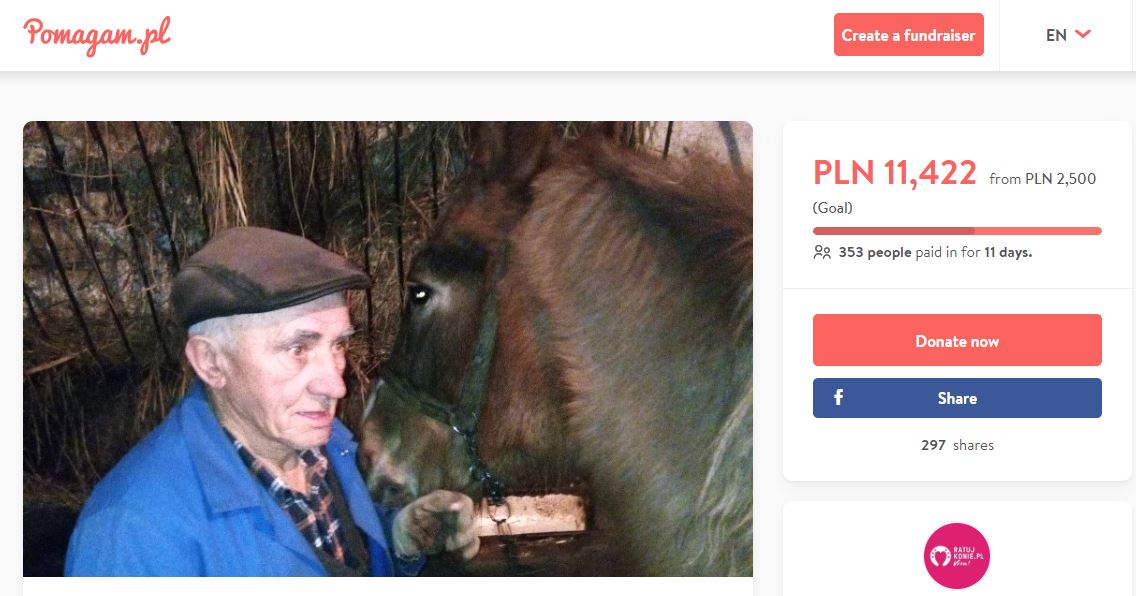 The case was published on Polish fundraising platform pomagam.pl by RatujKonie.pl Fundacja Viva!, which intervenes to help horses around Poland. pomagam.pl

The case was published on Polish fundraising platform pomagam.pl by RatujKonie.pl Fundacja Viva!, which intervenes to help horses around Poland.

Rather than try to take the elderly mare away, the NGO wants to help improve its living conditions so that it can stayed with Edward.

Over 300 kind-hearted internet-users donated money with many of them sending wishes. pomagam.pl

“We are consulting the District Vet about the case. He knows the case and knows Edward. He suggests that taking the horse away will affect the health of Edward and the mare, which spent 30 years here,” the activists wrote on the fundraising platform.

The response has been far bigger than expected: the NGO wanted to raise 2,500 złoty (around 580 euros), which would allow it to clean up the shed where the mare lives and provide her with food and veterinary care. 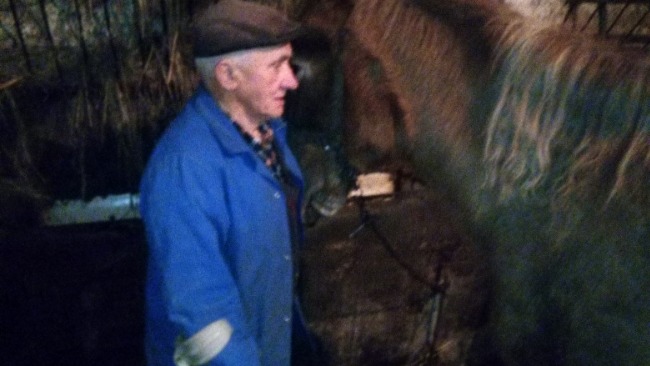 Living alone in a small house without a toilet, with his wife in hospital and his adult children with lives of their own, the most important thing for Mr Pawlak is his horse. pomagam.pl

Instead, the fundraising effort raised several times more: over 11,000 złoty at the time of writing with over 300 people donating.

“I was moved to tears, I believe that good people surround Edward and his beloved Eliza with care,” wrote on anonymous donor on the fundraising page. Others wished them good health and a Merry Christmas. 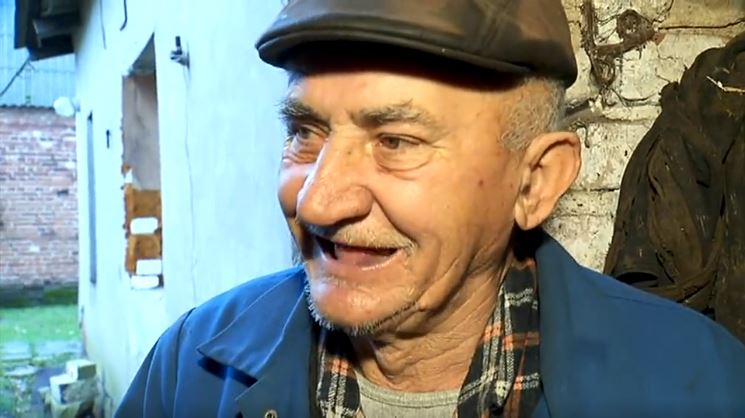 Delighted Edward said he was speechless after the foundation raised over 11,000 PLN to help him. TVP3

The generous response online means that Edward and Eliza will remain together over Christmas and beyond, as they have for so many years.

For more on Edward and Eliza, and to donate, visit:https://pomagam.pl/interwencjaszubin?fbclid=IwAR0KdkQDLTpEJ3Yw3ETnr7u4z5t09T7JrV1E7I5v00uOM848s9_NQQvjKUE/