A new mural to mark the 100th anniversary of Poland defeating the Soviet army and stopping its westward advance into Germany and beyond has gone up in Warsaw. 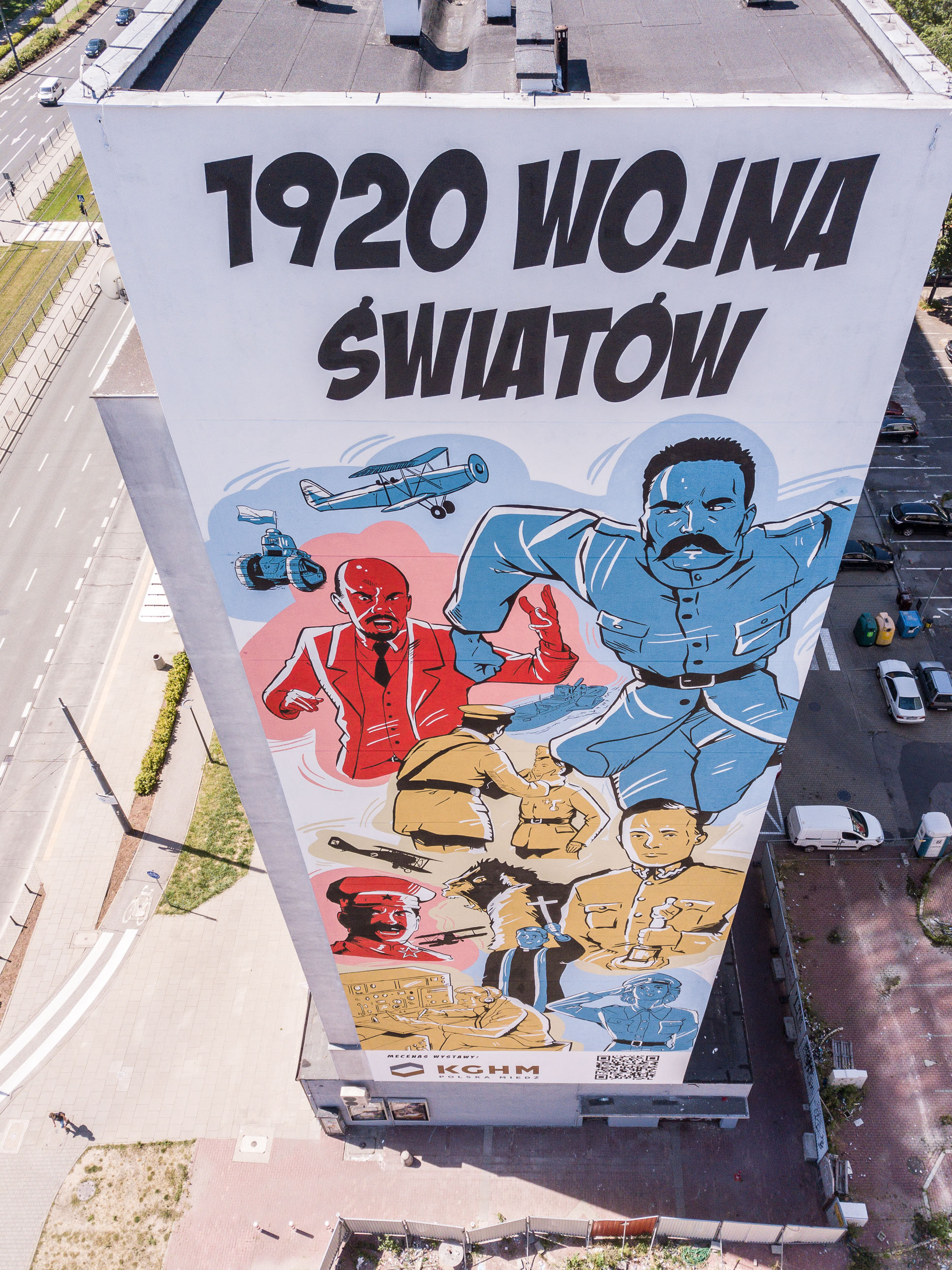 The mural covers an area of 360 square metres on the side of a ten-floor apartment building.Kalbar/TFN

The Battle of Warsaw of 1920 was a decisive Polish victory in the Polish-Soviet War which encompassed a series of battles fought near the Polish capital between 12 and 25 August that year.

The Red Army suffered a crushing defeat, which stopped it from advancing further west through Europe. Polish Armed Forces Day, celebrated each year on 15 August, commemorates this victory. 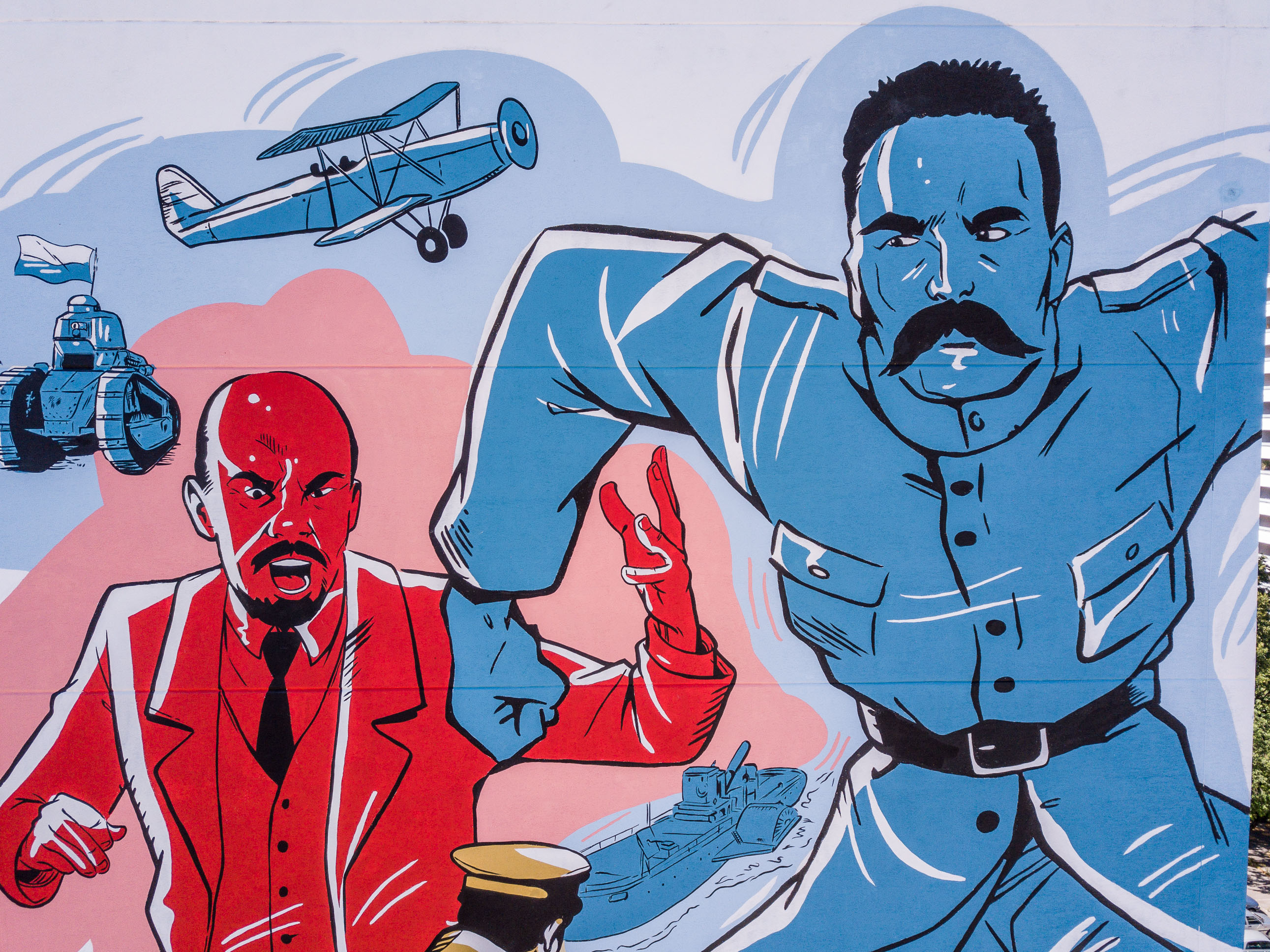 The mural features historical figures associated with the battle, including statesman Józef Piłsudski.Kalbar/TFN

The centenary celebrations this year include a new mural in Warsaw.

Covering an area of 360 square metres on the side of a ten-floor apartment building, it is located at 2/4 Prosta Street, near the Rondo ONZ metro station. 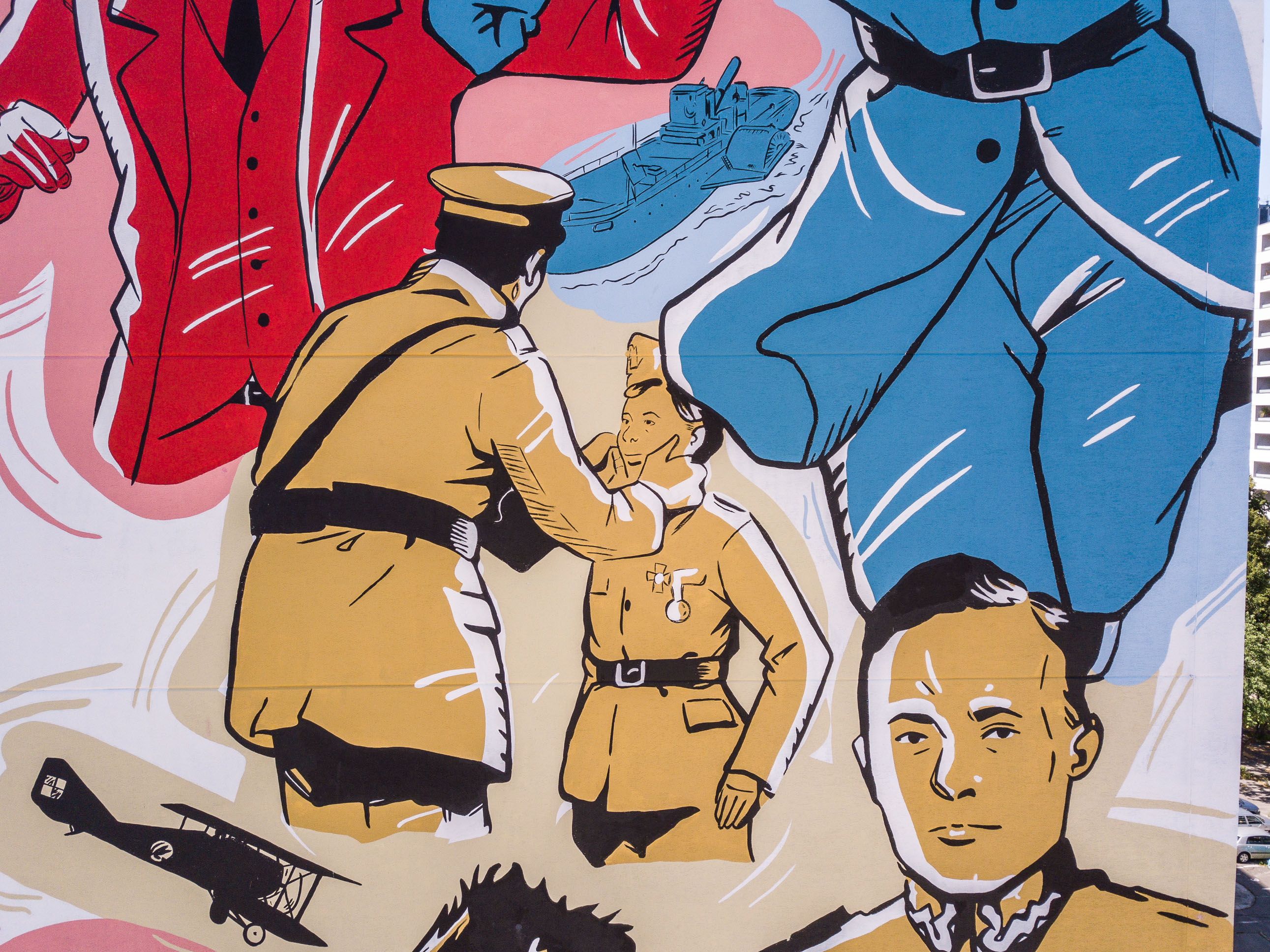 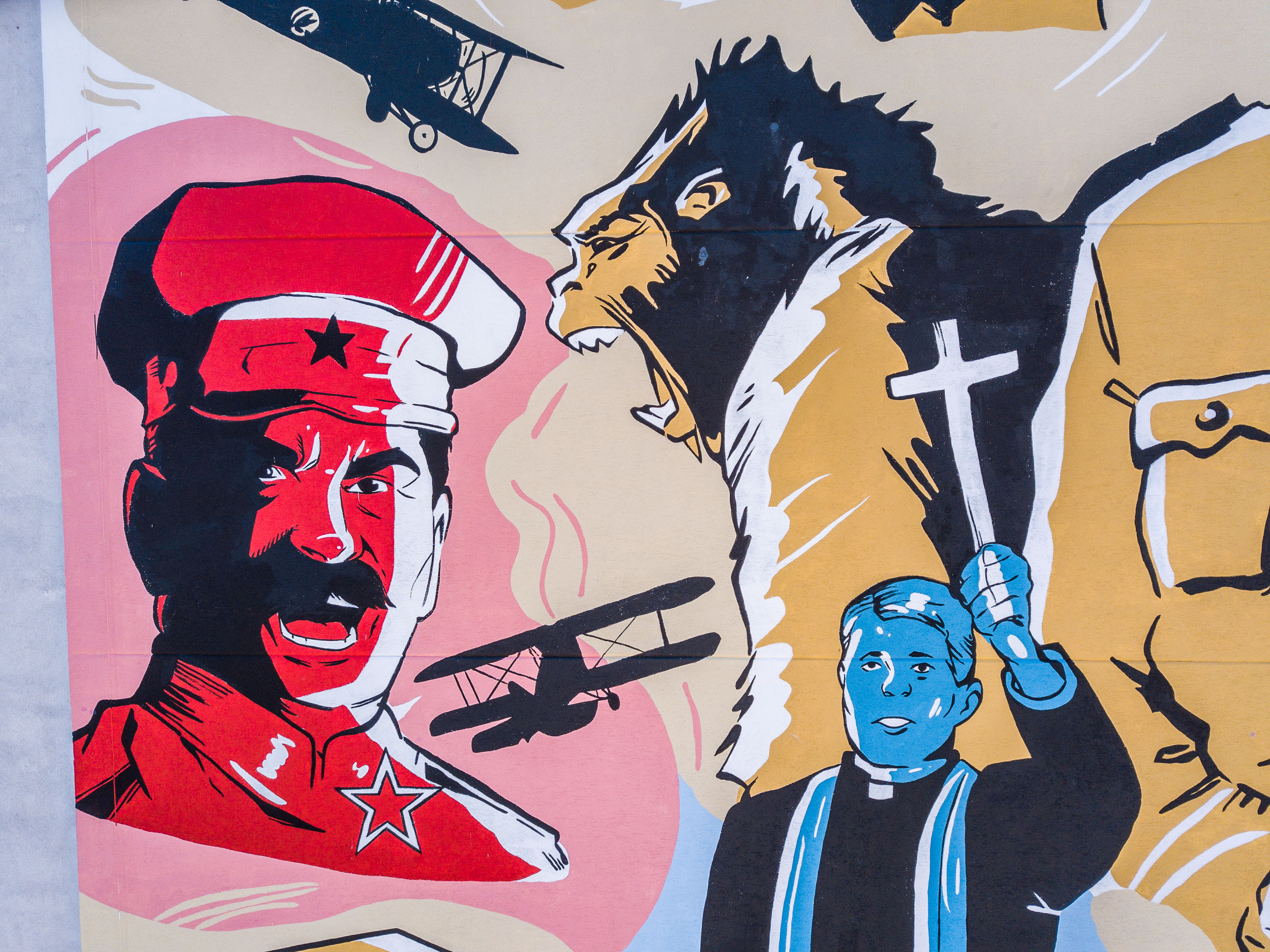 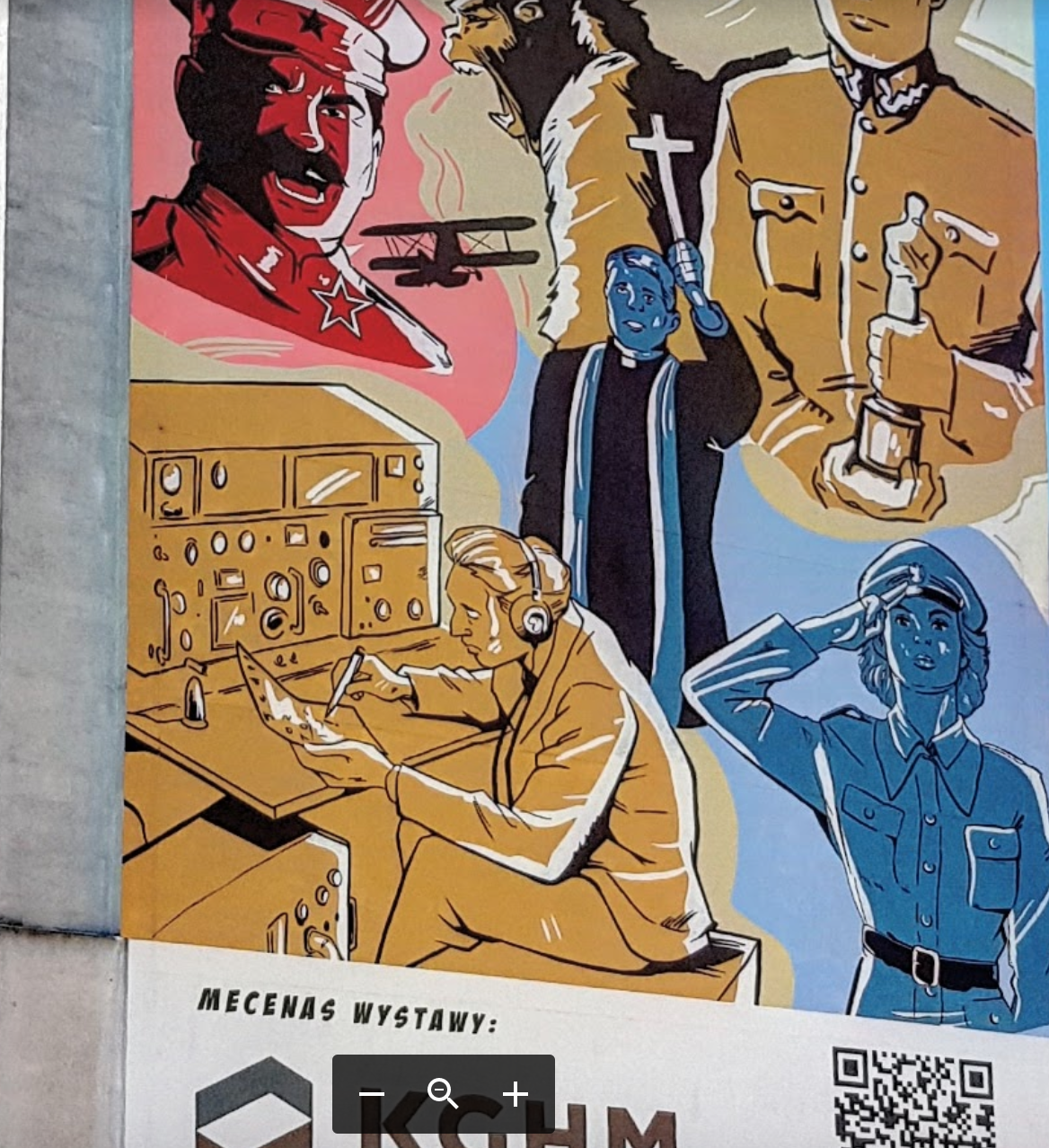 The mural features historical figures associated with the fighting of August 1920, who are drawn like characters in a comic strip.

Among them, on the top right hand side, is Polish statesman Józef Piłsudski (1867-1935), whose forces pushed back the Red Army in the Battle of Warsaw. 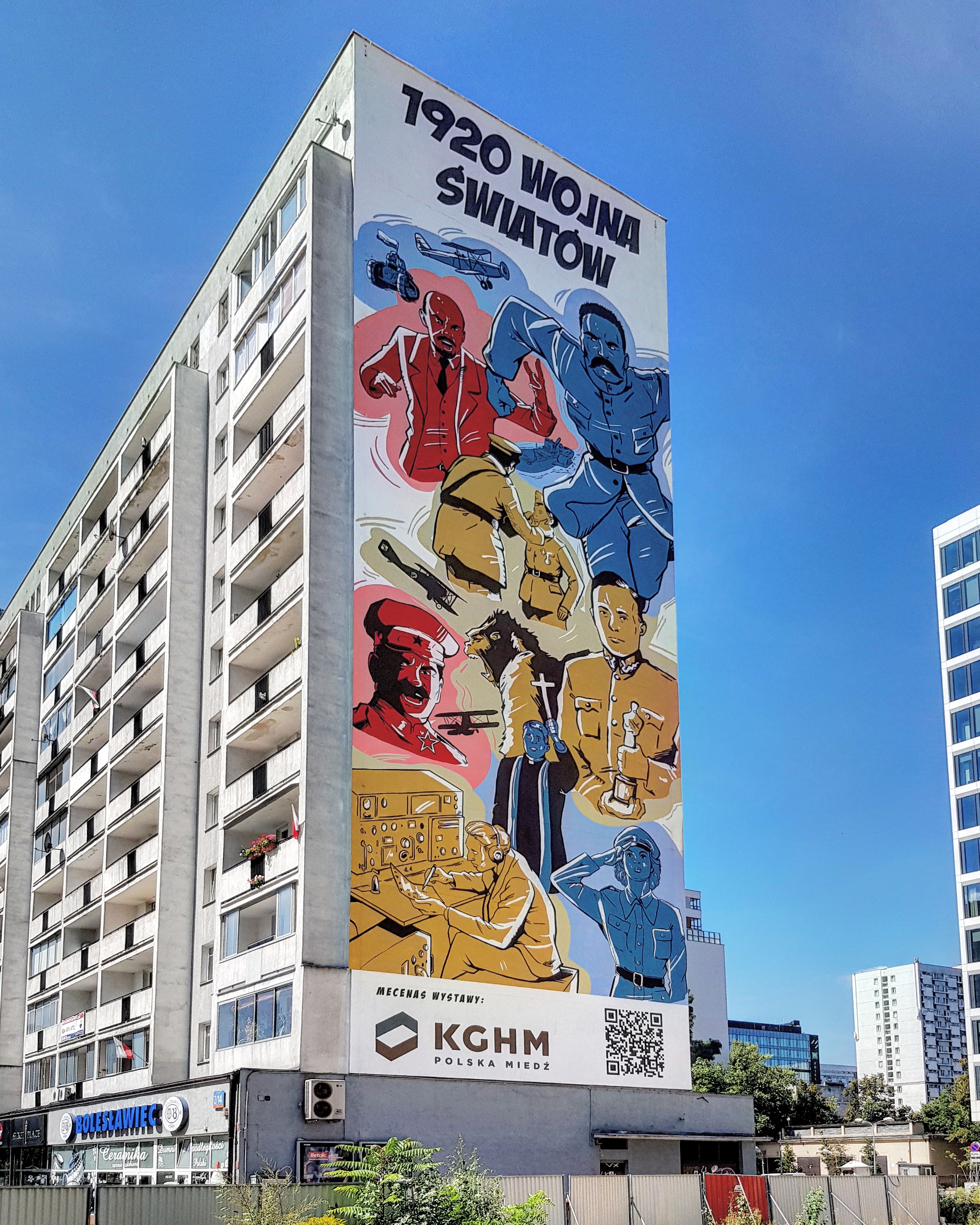 The new mural is part of this year’s centenary celebrations.Kalbar/TFN

“Despite the fact that the Poles were a mosaic of different nationalities and different religions, we managed to create bonds that allowed [us] to have one common goal: the survival of the state and the survival of our nation as a political community,” said deputy minister of culture Paweł Lewandowski at the unveiling of the mural on Tuesday, referring to the situation in 1920.

The mural was created by Polish multinational corporation KGHM Polska Miedź, a major producer of copper and silver.