Tucked away in the quiet village of Emilcin in south-eastern Poland is a unique memorial. Featuring a cube balanced on a plinth it commemorates an alleged alien abduction that whisked a local farmer away in a UFO.

Just what happened on May 10, 1978 to 71-year-old Jan Wolski is still a source of intense debate about whether or not it was a close encounter of the third kind. 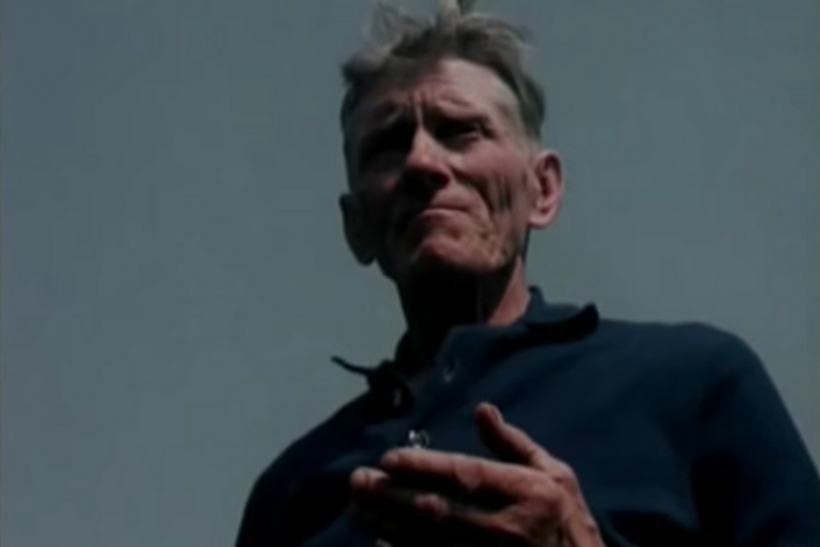 On that day Wolski was on his way home, driving a horse-drawn carriage. All of a sudden, two small beings with olive skin, webbed hands and slanting eyes apparently appeared next to him and led him to a small clearing, where a UFO was waiting.

Speaking in a language the farmer didn’t recognise, the creatures took him to a white craft which was about half the size of a bus and happened to hovering five metres above the ground. Once inside he was examined by the strange visitors.

Two journalists, Krystyna Adamska and Henryk Pomorski, spoke to Wolski shortly after the extraordinary event. “I tied my horse, then got off and went after them [the beings] toward that machine,” the farmer said in the interview. “There was a tiny elevator of some kind for two people to hold – maybe it couldn’t carry two large people but it surely could slight people… And then one of them went up and put his foot inside this craft. I followed him and was rapidly carried up to the entrance of the craft. 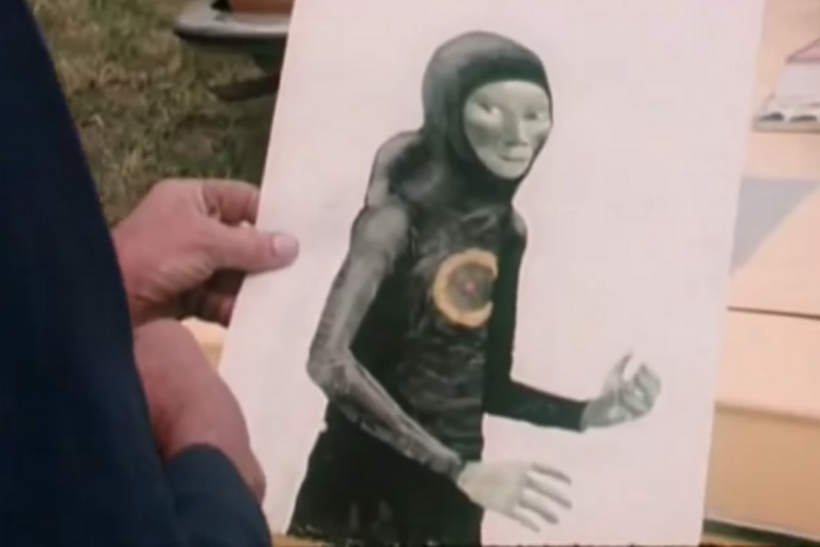 An artist’s impression of the craft Wolski entered. Poznajemy Nieznane/YouTube

“They indicated that I had to undress,” he continued. “Well, when I was partially undressed (above my waist) but then I received an order to undress completely. So I took off my shoes. One of the beings then appeared in front of me with an appliance in the form of two dishes combined in its hand.

“He held ‘the saucers’ to my front, then turned me around holding my arm slightly. Then he raised my arm up and began to do something at my side with those plates… then from behind and on the other side. Then he indicated that I should get dressed, and as I did this I looked around but there were neither windows nor lights visible.”

After they finished, the beings offered Wolski some sort of icicles, but when he refused he was politely let go. 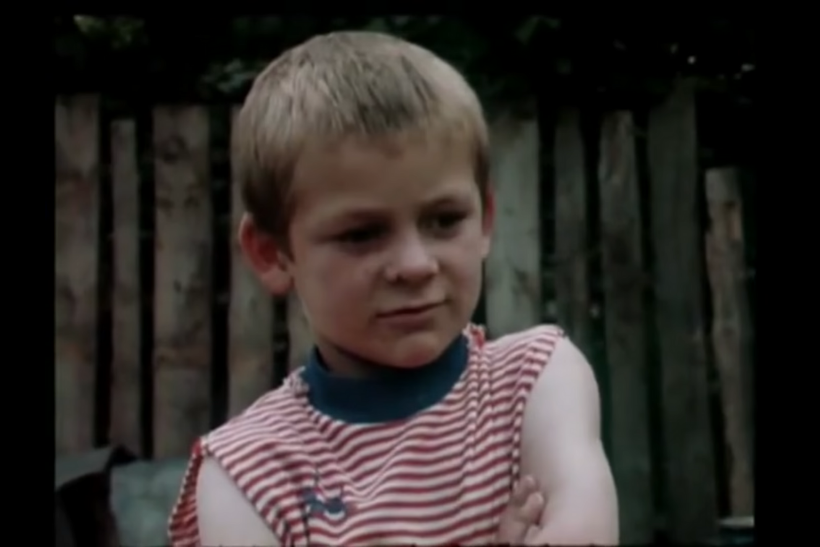 This was the testimony the farmer gave first to his family and neighbours, and later to Zbigniew Blania-Bolnar, an ‘ufologist’ from Łódź. Blania-Bolnar, who later wrote a book about the encounter, prepared thorough documentation, hoping to prove beyond doubt that visitors from another planet had come to the village in the Lubelskie region and abducted one of its residents for a short time.

Although the flying saucer was nowhere to be found when people went to the site of the alleged abduction strange footprints were visible all over the clearing. The alien craft was also supposedly seen by a boy from Emilcin, Adam Popiołek, who alerted his mother about a falling plane.

The aftermath of the alleged UFO sighting proved unfortunate for the Wolski family. Shortly after the event, different family members started to fall ill. One of his sons, Edward, died in mysterious circumstances three years later – his body was found in a nearby forest. Today, the Wolski farm is abandoned. 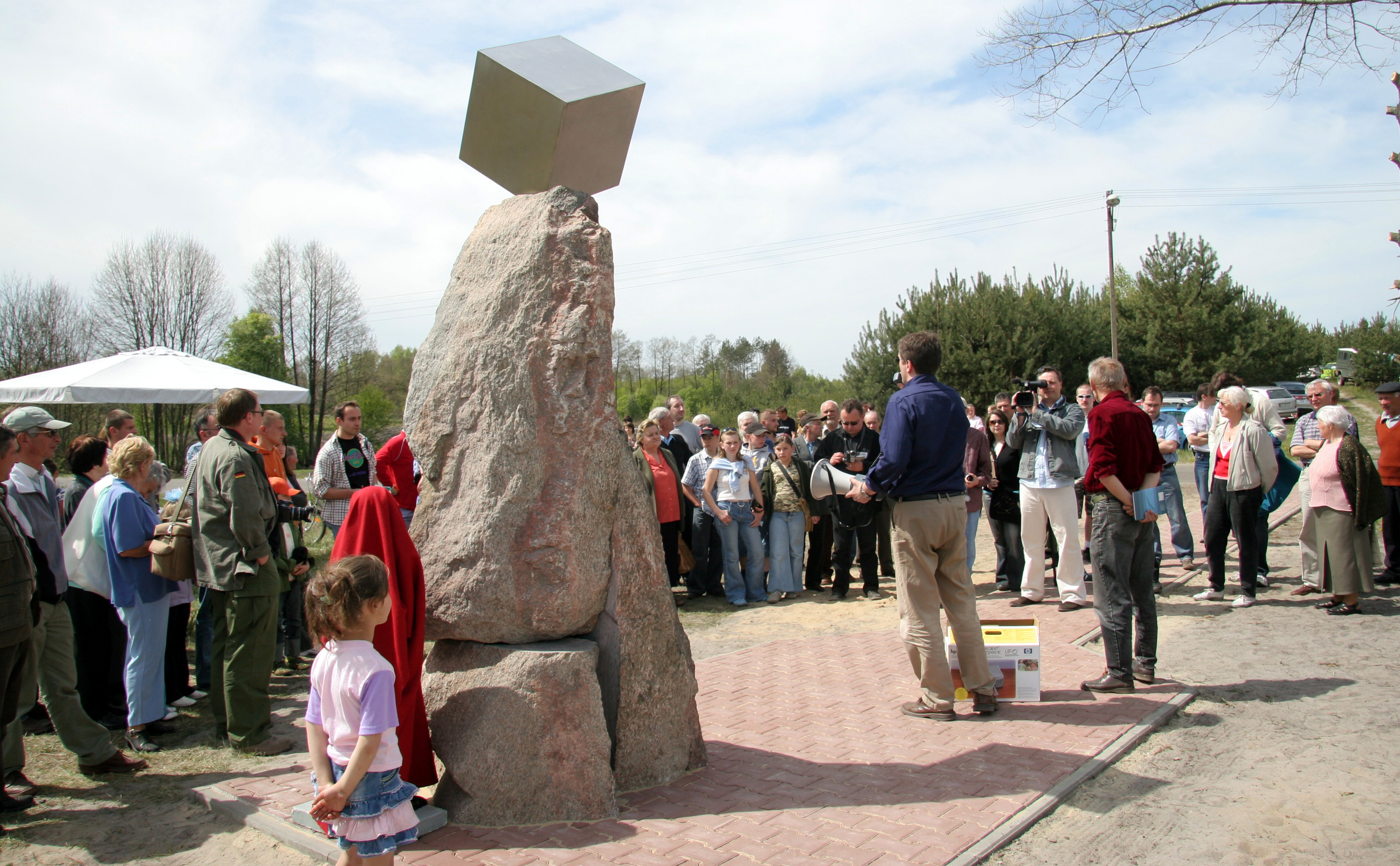 The story still pulls people to Emilcin to this day. Mirosław Trembecki/PAP

Several other people tried to unravel the mystery of Emilcin. Krzysztof Drozd, the author of ‘Emilcin 197. In search of truth’, and publicist Bartosz Rdułtowski re-examined all the documentation prepared by initial researchers, such as Blania-Bolnar and suggested strongly that the whole case could have been a hoax.

With inconsistencies in the first investigation and a tendency to look for confirmation rather than evidence, it is hard to now say what really happened.

Whether one believes the story or not, the fact is that the UFO memorial is standing in Emilcin to this day, attracting tourists and extra-terrestrial enthusiasts. The idea for it came from the Nautilus Foundation, which examines inexplicable events such as the one in the village, with the support of the local authorities. There is also a time capsule buried next to the monument, to be opened in 3011.