How about a little game of “Guess Who?”

The catch? No questions about appearances allowed and all the characters are brave women who went down in history due to their extraordinary achievements.

These are the rules of Polish designer Zuzia Kozerska-Girard’s new version of the board game classic.

Called “Who’s She?” and stylishly laser-carved in birch wood, the game consists of 28 characters - ground-breaking explorers, scientists, artists, social or political activists, all of them women. Each player draws a biography card and by asking questions tries to guess their opponents card.

The designer, Zuzia Kozerska-Girard was inspired by her role as a mother and the need for engaging, empowering and educative games for her children.

She told TFN: “I became a mother and I was thinking a lot about how to inspire my daughter.

“We’re so surrounded with men role models, but we need more models for girls as well. I think the game is for boys also, because boys just as much as girls need female role models and icons. 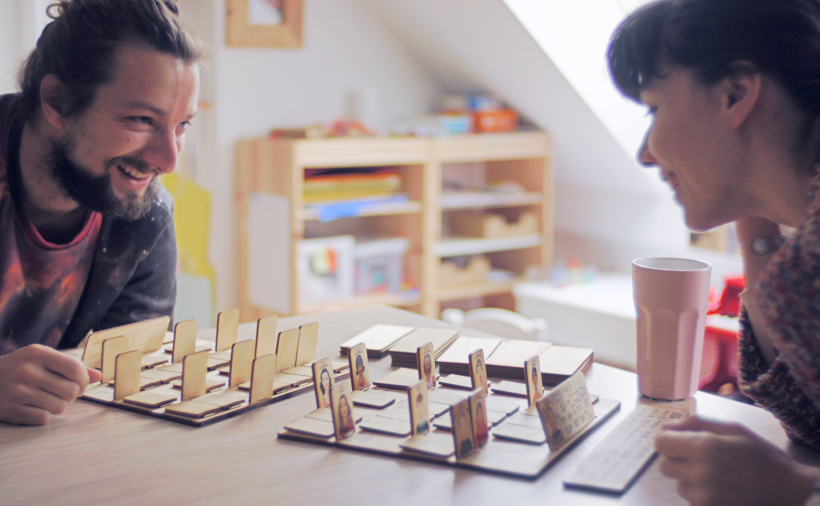 The classic “Guess Who” game consists of 24 characters and at the beginning five of them were women (now six).

Their portraits are painted in watercolours by Daria Gołąb, whom Zuzia invited to cooperate after constructing the first wooden prototypes.

The hardest part of the two-years creative process was choosing the women that should appear in the game. With a preliminary selection of 400, the designer had to make some tough choices.

“I tried to prioritize those professions which are men dominated in our times, so for example I included much less artists, because I think women are more present in art. We can imagine women as artists more easily than for example as a rocket scientist or engineer. 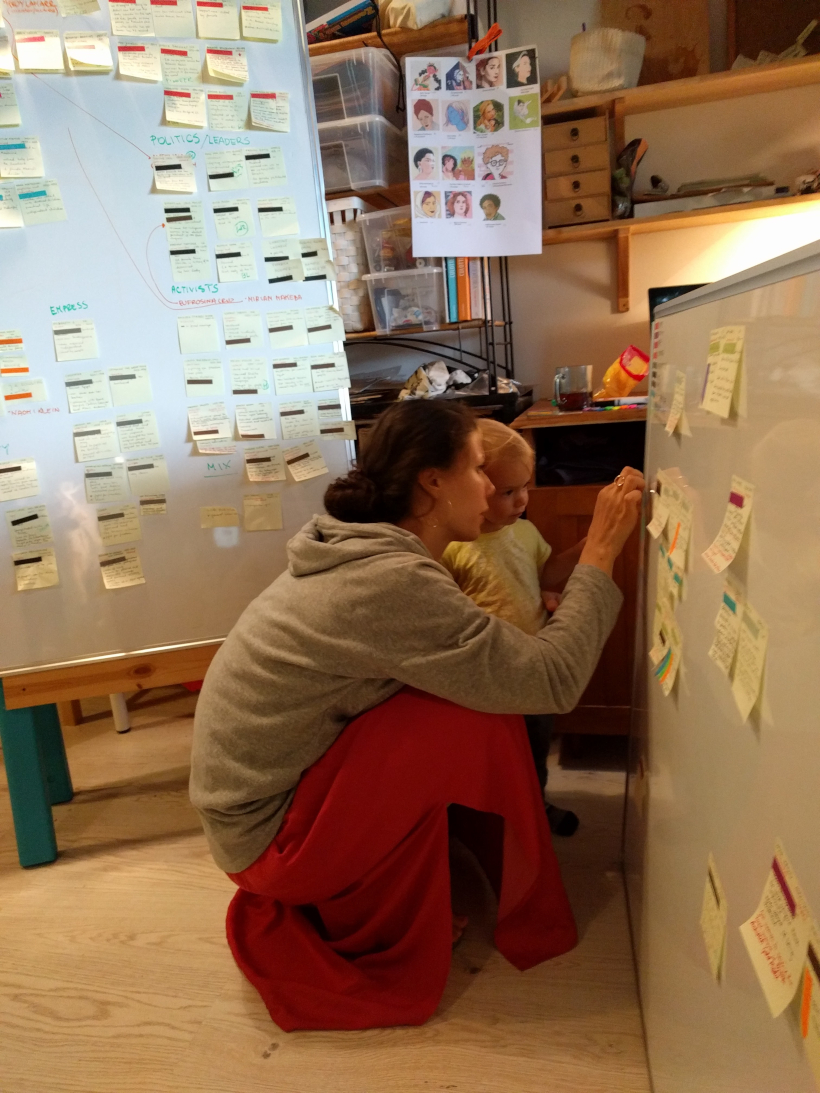 “I also tried to mix women who are famous and who are well known with those who are really not known at all, women that didn’t receive recognition. In the end the choices are very personal, since I had to decide by myself.”

The 29-year-old mum-of-two studied design for two years in Barcelona, but was unable to complete her studies due to lack of funds. She stayed in Bristol and Paris for a while, to finally settle in her hometown, Warsaw, with her French-Spanish husband Yann.

Together they share their time between Poland and France and work on developing their handcraft ideas.

“We started by buying the laser machine and then thinking what can we do with it, what kind of projects we can launch. About five years ago we had another project, it was about rolling pins, like a kitchen gadget for imprinting pastry,” Zuzia explained.

Now, their focus is on the Who’s She? game, but they have other ideas in the making. 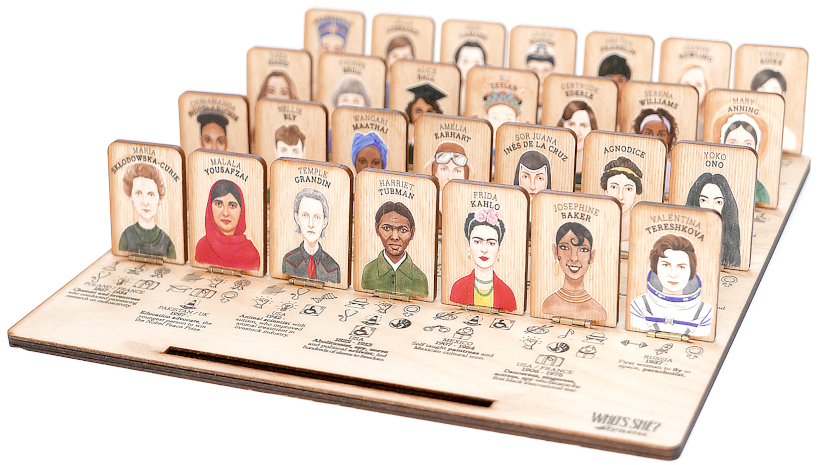 Discovering the biographies of extraordinary women through anecdotes from their lives and symbols depicting their achievements can inspire children to aim higher.Zuzia Kozerska-Girard

As the Who’s She project is funded by a Kickstarter campaign, the backers can receive a personalized version with Daria Gołąb’s watercolour painting of their mother, girlfriend or another woman they feel should be included.

“Then I don’t know, we have so many other projects in mind, waiting to be created. The original project which we wanted to launch is still in our cupboard and it’s waiting for its time. It’s a musical instrument”, she disclosed.

To order your version of the game go to: https://www.kickstarter.com/projects/playeress/whos-she-a-guessing-game-about-extraordinary-women