City reborn: new exhibition on the forgotten role played by Poles in rebuilding a flattened city

An exhibition has opened in Kraków highlighting the contribution made by Polish architects and artists to rebuilding Skopje in the then Yugoslavia after a devastating earthquake in 1963.

Using experience gained from restoring Warsaw after World War II, the team, under architects and urban planners Stanisław Janowski and Adolf Ciborowski, set about creating a new metropolis, which would never again be a danger to its citizens. 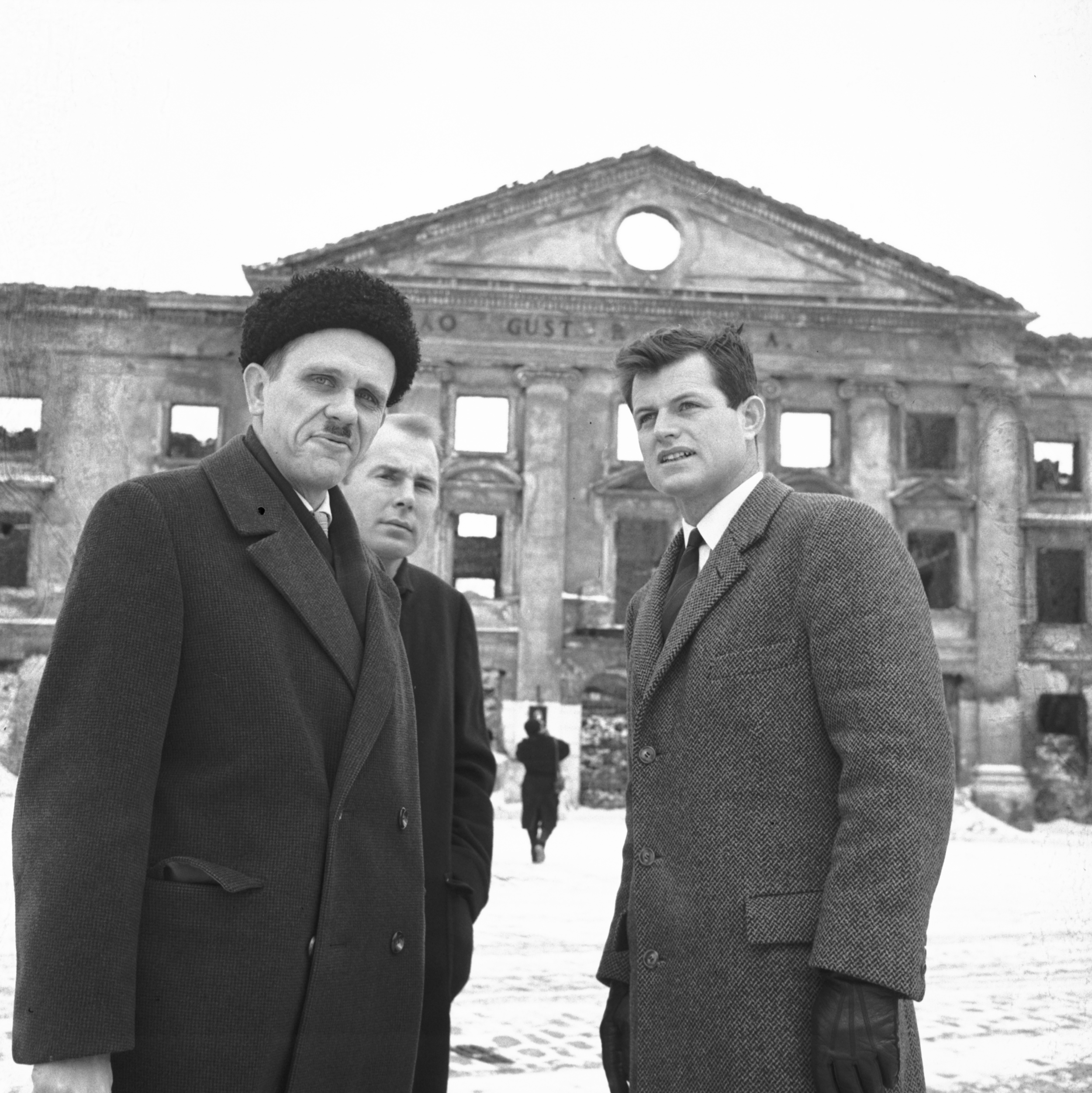 Adolf Ciborowski (L) was the UN’s program director for the reconstruction of Skopje from 1964-67. Pictured here in Warsaw with US president John Kennedy’s brother Edward in 1962.PAP

On July 26, 1963 in the early hours of the morning the now capital of Northern Macedonia experienced a disastrous 6.9 earthquake. Around 1,000 people died, and 3,000-4,000 were left injured in the Yugoslav republic while about 80 percent of Skopje was destroyed. The quake resulted in 200,000 people being made homeless. 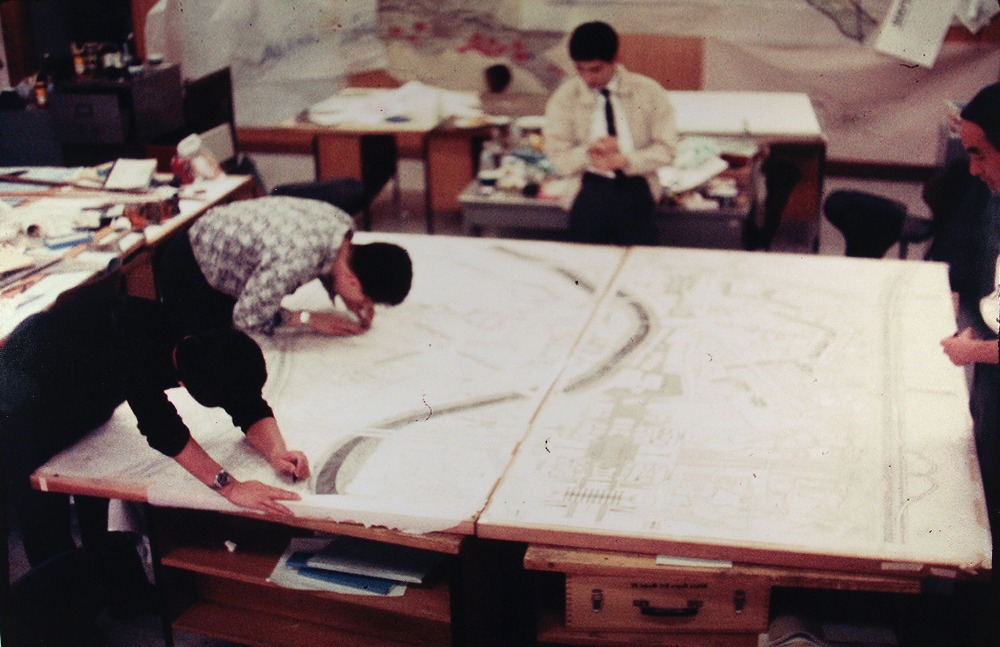 Using experience gained from restoring Warsaw after World War II, the team, under architects and urban planners Stanisław Janowski and Adolf Ciborowski, set about creating a new metropolis, which would never again be a danger to its citizens.Press materials

The city looked as if it had been bombed flat but the international community didn’t remain indifferent, on both sides of the Iron Curtain. Skopje became “The City of International Solidarity” and saw the first friendly meeting between Soviet and American soldiers since 1945. 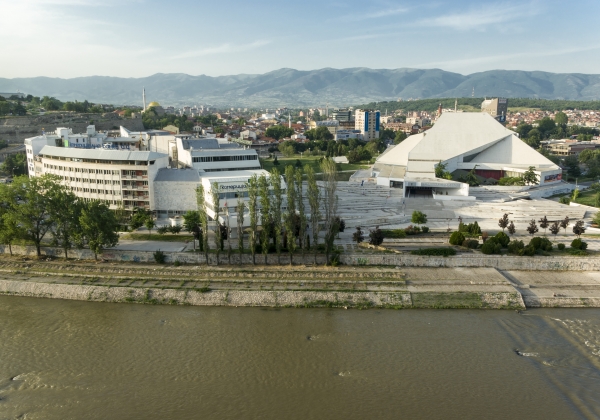 While aesthetically controversial, the urban project utilized the most advanced planning methods of that time.Press materials

Under the UN’s auspices, architects, engineers and construction workers endeavoured to rebuild Skopje as a model modernist metropolis. Stanisław Janowski led the Polish team working on restoration plans, while Adolf Ciborowski was the UN’s program director for the reconstruction of Skopje from 1964-67. 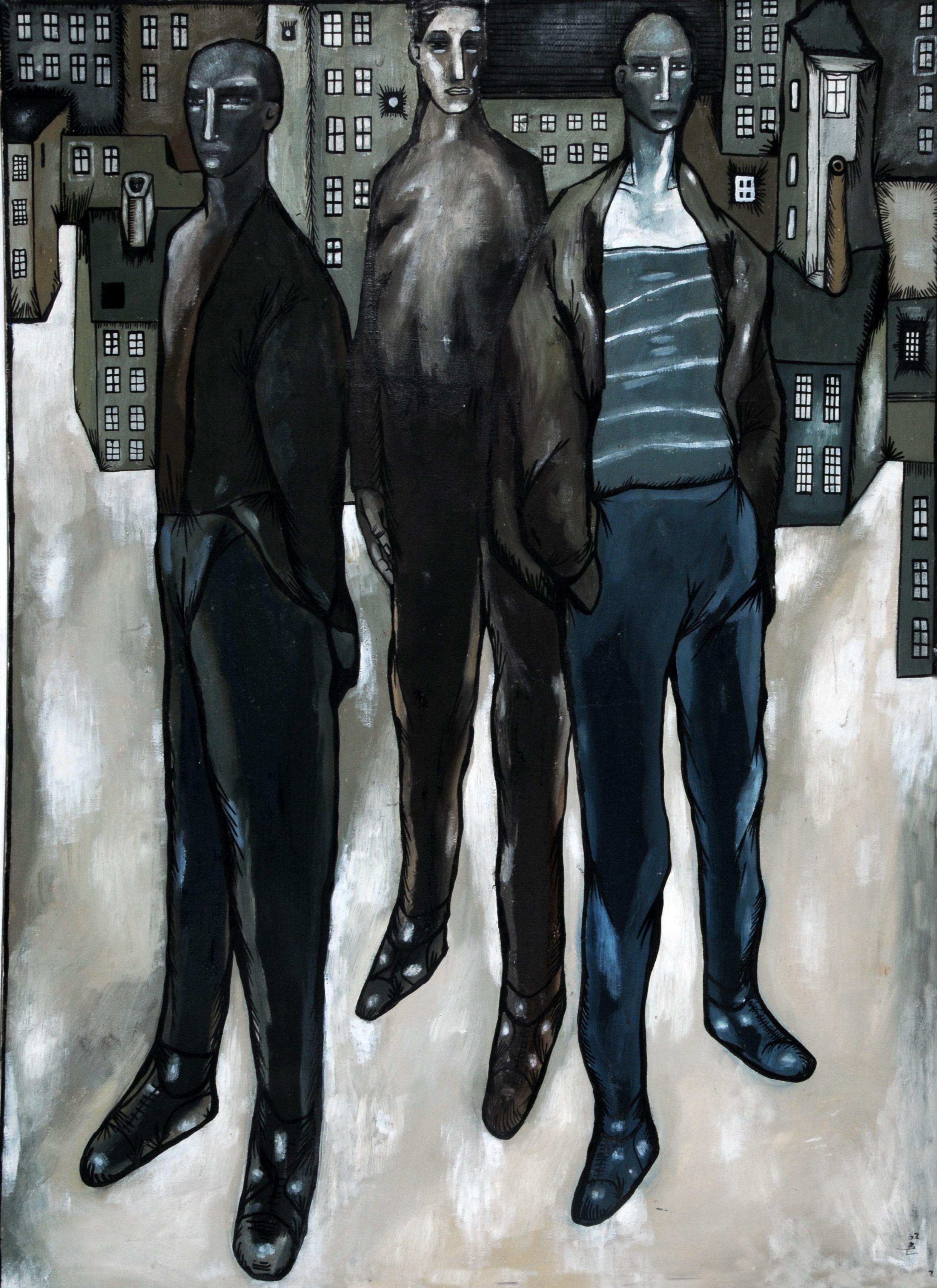 Polish artists created a collection of over 200 works, to display in the brand new museum. Press materials

With safety as the main concern, they took into account the spatial order and future development of the city. Building height was limited, the structures had to be dispersed and the city was divided into blocks with different purposes, such as recreational areas, commercial or residential. While aesthetically controversial, the urban project utilized the most advanced planning methods of that time. 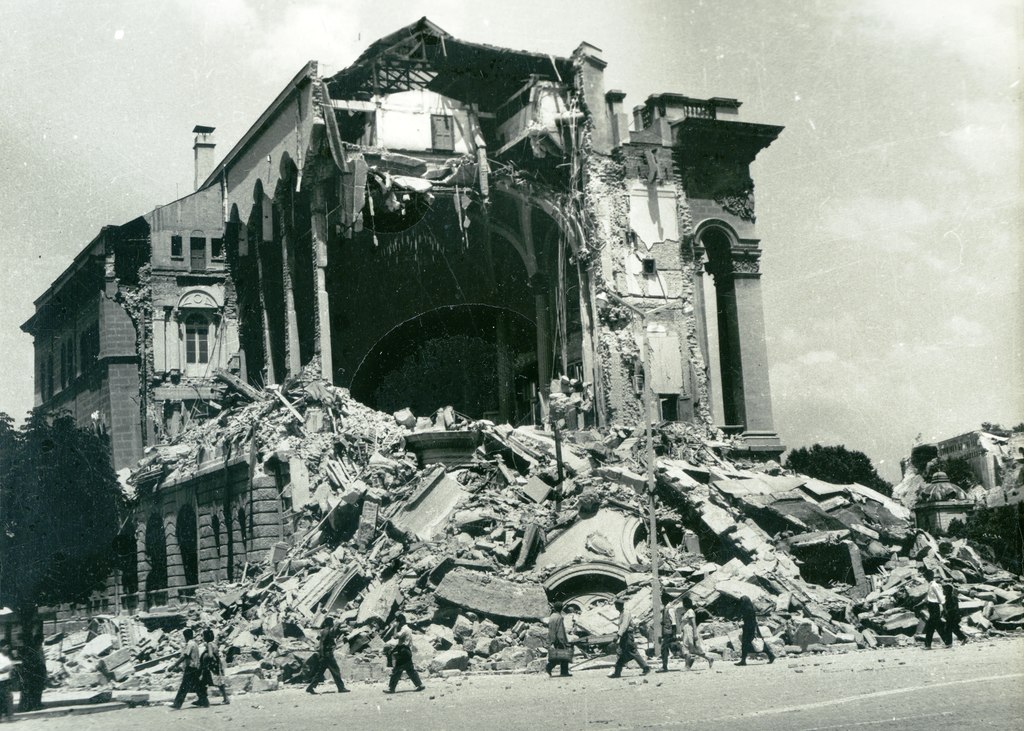 One of the buildings destroyed by the quake.Public domain

The most notable example of the Polish contribution is the Museum of Contemporary Art. It is described on its website as: “Elegantly adapted to the configuration of the Skopje medieval fortress and surrounded by the panoramic view of the city, the Museum building, constructed in 1970, is an excellent example of the architecture of the late modernism and symbol of the renewal of Skopje after the 1963 earthquake.” The project was the work of three Poles, who won a competition held by the Polish government:  Jerzy Mokrzyński, Eugeniusz Wierzbicki and Wacław Kłyszewski. 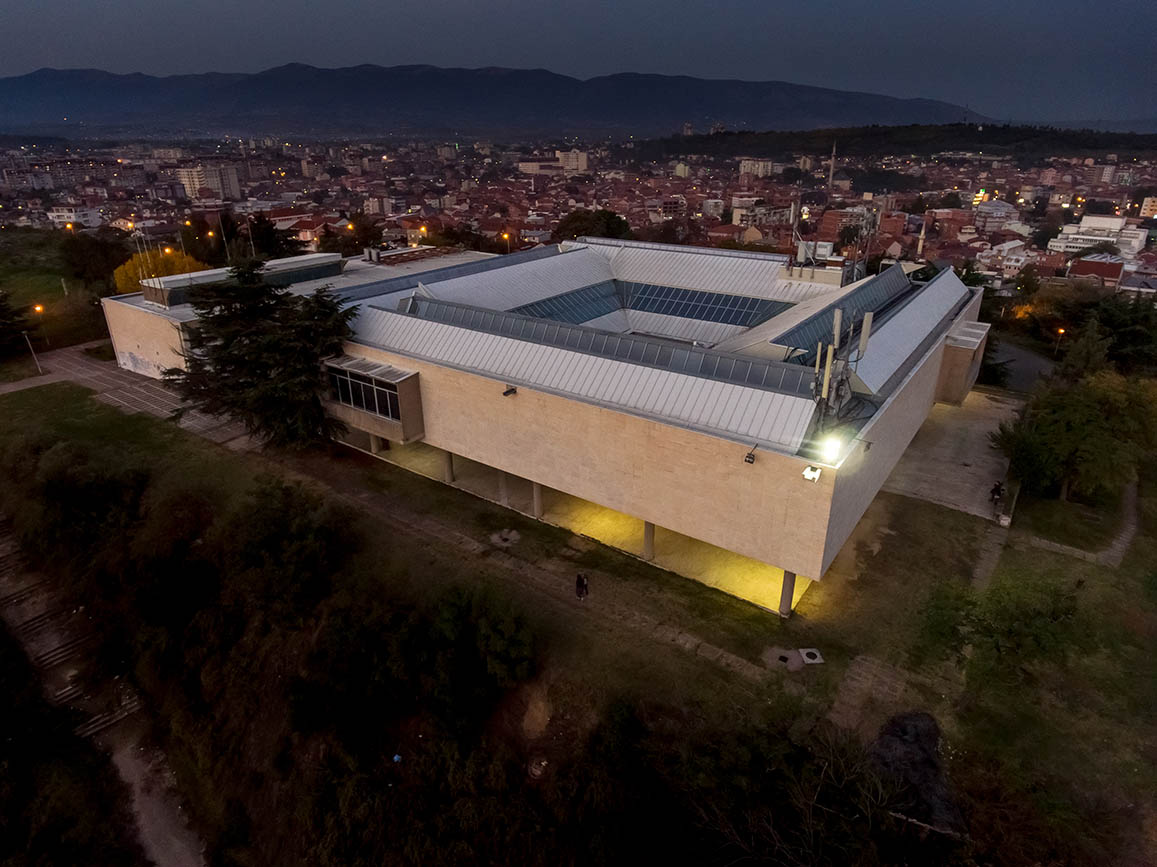 The aid didn’t stop there. Polish artists created a collection of over 200 works, to display in the brand new museum. Among them were oil paintings, sculptures, graphics and textiles in the most popular and contemporary styles – post-colourism, geometrical and allusive abstraction, matter painting. Artworks by Jan Berdyszak, Alfred Lenica, Benon Liberski, Ewa Maria Łunkiewicz-Rogoyska, Jerzy Nowosielski, Teresa Pągowska, Henryk Stażewski, Andrzej Strumiłło and others hung next to work by the likes of Pablo Picasso, Aleksander Calder, Niki de Saint Phalle, Hans Hartung and Victor Vasarely, who also donated their work to the suffering nation. 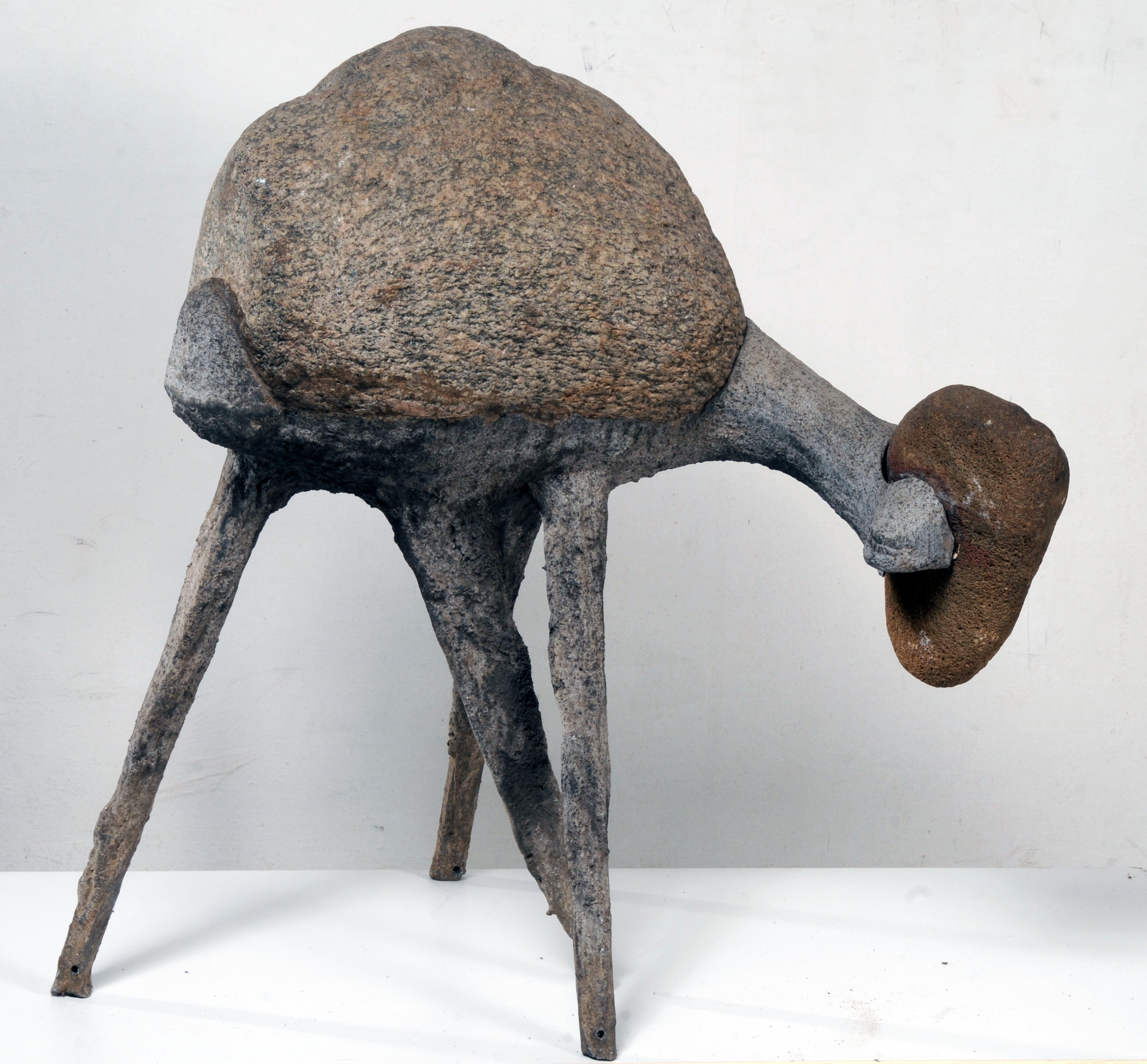 Bronisław Chromy’s Owca (Sheep): one of the works of art donated to Skopje.Press materials

Now, until October 20 the International Cultural Centre (ICC) based in Kraków, in partnership with the Museum of Contemporary Art in Skopje, wants to remind its visitors about this forgotten chapter of history.

Speaking about the ‘Skopje: City, Architecture and Art of Solidarity’ exhibition, Agata Wąsowska-Pawlik, the co-curator of the exhibition and the director of the ICC, said: “The exhibition was inspired by the work and the commitment of Kinga Nettmann-Multanowska and the ambassador Jacek Multanowski, who during their stay in Skopje undertook a scrupulous search for Polish elements in the Macedonian capital. They uncovered a forgotten and unique collection of Polish 20th-century art stored at the Museum of Contemporary Art, which was donated by the artists after the earthquake in a gesture of solidarity.”