A declassified CIA report has ended decades of speculation by confirming the existence of a Nazi underground factory complex in the Góry Lisie Mountains in the south-west of Poland; now, the hunt is on to find its entrance to see what secrets may lurk within.

“A section of the document was published on the CIA’s digital archive a couple of years back,” says Krzysztof Wojtas, one of the enthusiasts trying to locate the tunnel, “but it was only recently that a researcher from IPN actually found it online. 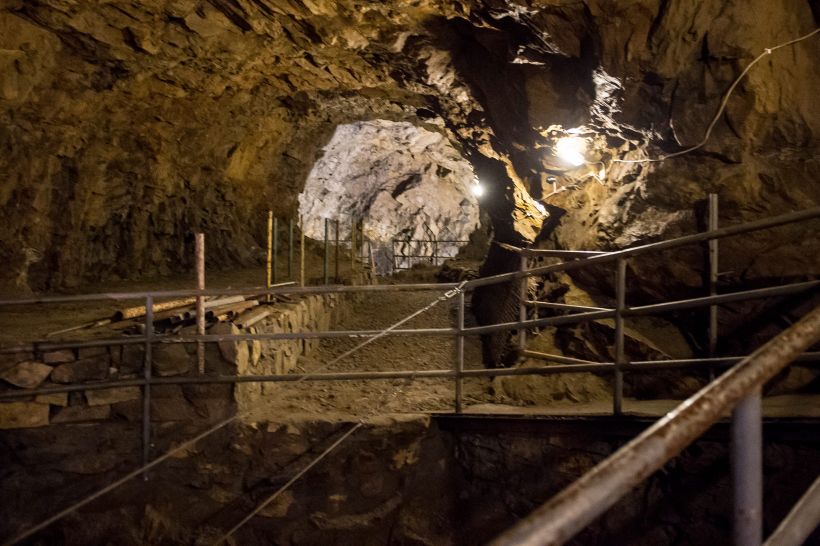 The complex could rival that of the Riese Project in size.Maciej Kulczyński/PAP

“That alone was a hugely important moment for us,” he continues, “because whilst rumours have existed for years concerning it, this was the first official recognition we’ve had.”

Dated March 31, 1954, the CIA report states that “an ammunition factory is situated in the Las Antoniowy, a forest, about two kilometres north west of Kamienna Góra. The factory was established at this location by the Germans in 1939 and 1940.”

Carrying on, the document reveals that the factory manufactured “all kinds of ammunition” and was guarded by a military detachment. “Civilians are forbidden to enter the part of the forest containing the factory,” it concludes. 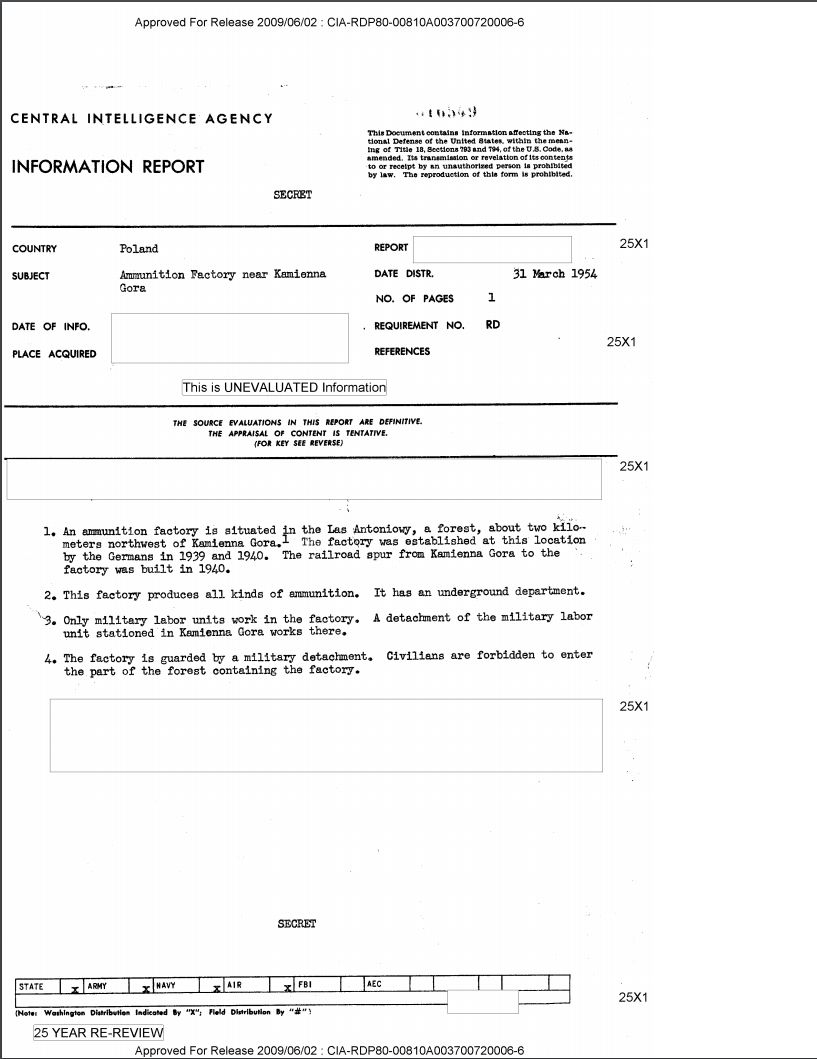 Dated March 31, 1954, the CIA report states that “an ammunition factory is situated in the Las Antoniowy.”CIA

Thought to have been later expanded by Russian prisoners of war, evidence suggests that up to 9,000 people could have worked there, among them female slave labourers from Poland and Ukraine. Bussed in blindfolded from their nearby accommodation, the complex was shrouded in secrecy with the Germans fending off local curiosity by telling delivery drivers that it was simply a food factory concerned with the production of pasta.

Known under the moniker of Antonienwald, there are some that believe that the factory was part of a far bigger complex called Concordia though with the document only partially declassified, this remains conjecture.

What cannot be doubted is the veracity of the report. 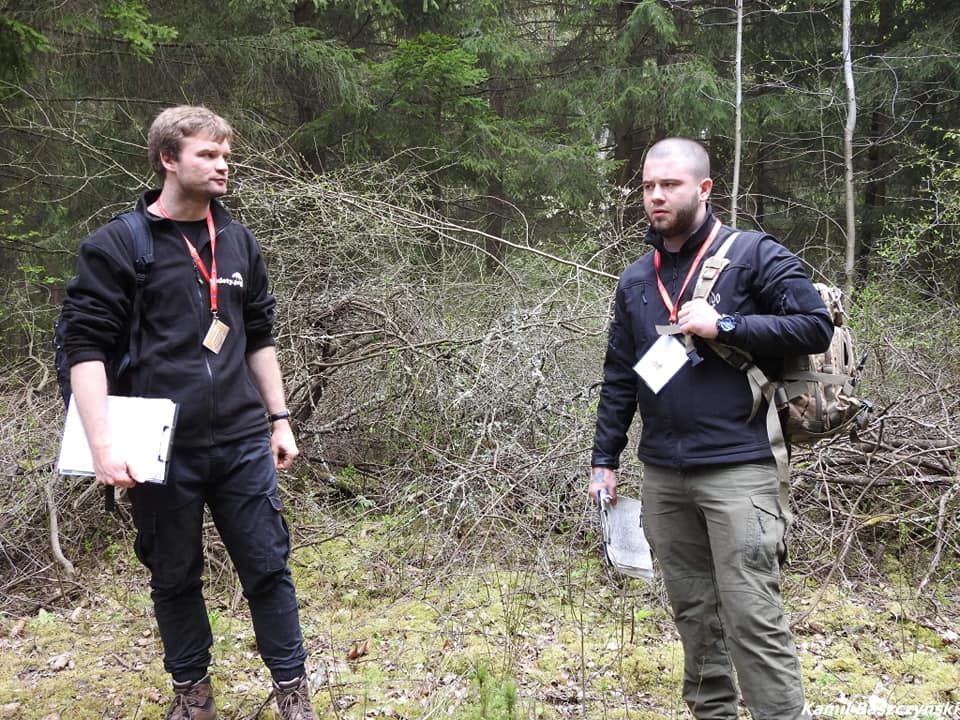 “After the war, and probably even at the end of the war, CIA agents were active here, reporting on what was happening in the region,” says Wojtas.

Working alongside Maciej Regewicz, together the pair are behind ‘Antonówka - podziemia, które nie istnieją’, a project that seeks to bring the region’s wartime mysteries to wider attention. Committed to finding the entrance(s), so far the duo have identified three possible locations, one of which is in Kamienna Góra itself.

Moreover, they believe they’ve already established where sections of the tunnels may lie. 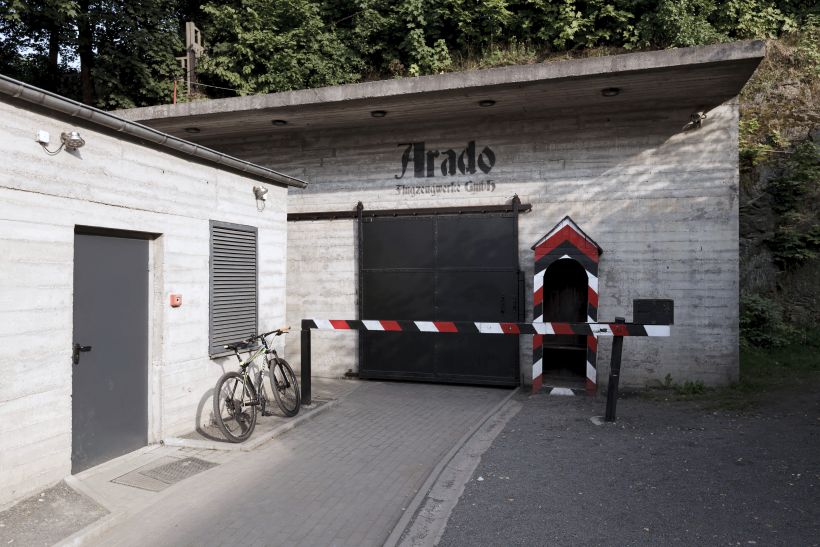 Arado - one of the Nazi facilities in Kamienna Góra.Aleksander Koźmiński/PAP

“We’ve found artificial hills and man-made clearings which we think contain something either below or within,” Wojtas tells TFN, “and that’s on top of various deep shafts that appear in the forests.”

This, though, stands to be the tip of the iceberg.

In-depth studies and shared knowledge with other researchers has indicated that the entire project could rival the nearby Riese complex in the Owl Mountains for size, with eleven kilometres of tunnels under Kamienna Góra alone.

Immense in its size and scope, Project Riese was undertaken by the Nazis in 1943 and saw the construction of huge underground tunnels, only a third of which are estimated to have been thus far discovered. Likewise rich in intrigue, their use has never been conclusively proved though most historians agree that they were intended either as shelters for the Reich’s elite, facilities for the production of wunderwaffe weapons or as storage space for stolen loot. 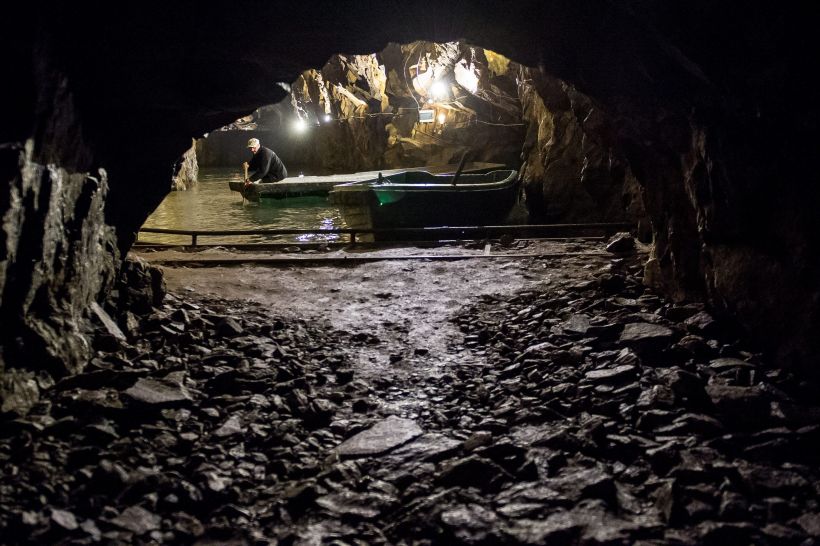 A Riese Project tunnel. Just why the tunnels were built remains unclear.Maciej Kulczyński/PAP

The latter point has captivated both explorers and researchers, with the region coming to global attention a few years back when rumours peaked that the legendary ‘Gold Train’ (a train packed with bullion and artwork that had been witnessed leaving Breslau as the city approached its final reckoning with the Red Army) had been ended its journey somewhere in these tunnels.

Whether or not the Antonówka complex could also hide such discoveries is open to speculation, and with the rest of the CIA’s findings remaining top secret, further twists are to be expected.