Chardon-hey! Poland becoming a nation of wine drinkers as country listed 5th most attractive market in the world

Poland is now the fifth-most attractive wine market in the world, a major increase since last year, according to a new report.

Wine is not normally the first alcoholic drink people think of when it comes to Poland. The country tends to be associated with beer and vodka, which both have a long tradition of being produced in Poland – unlike wine, which is usually imported from other countries. 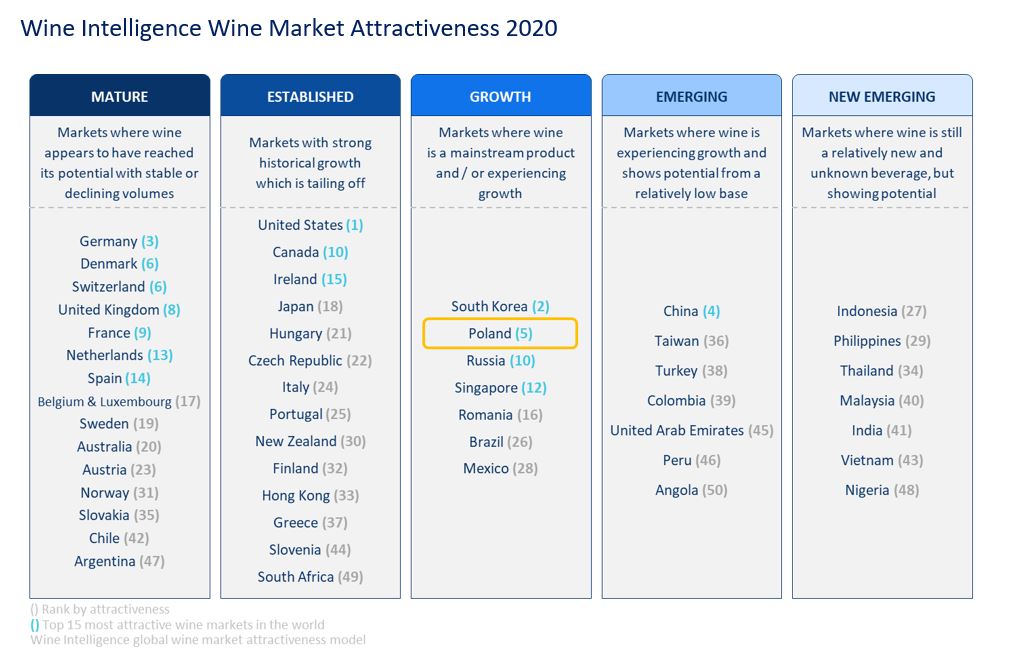 The jump in ranking can be attributed to an increasing wine drinking population and a flux of disposable income, both of which are taken into account when calculating wine market attractiveness, along with other economic and specific wine market metrics. Wine Intelligence

Yet the Polish market has big potential: Poland is now among the top five most attractive wine markets in the world, according to the Global Compass 2020 report published by Wine Intelligence.

It is in fifth place, after the United States, South Korea, Germany and China, up from 14th place last year. Fifty markets around the world were analysed for the report.

Wine Intelligence had already noticed Poland’s potential earlier. Back in 2017, it had predicted an “exciting period of growth” ahead for Poland – not just economically, but also in terms of wine consumption. 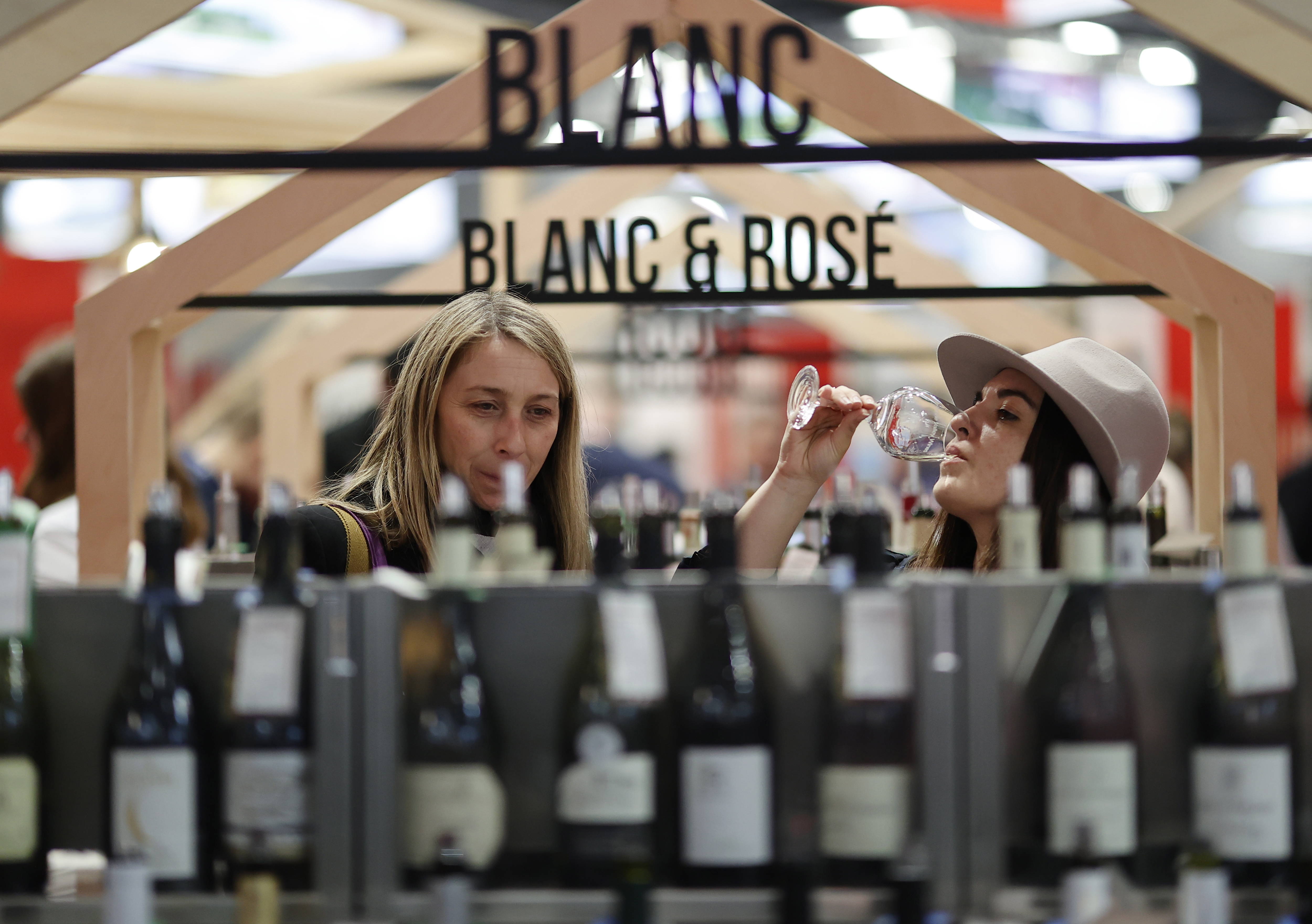 The report said: “Wine consumers in Poland are […] typically younger and more eager to discover more about wine than in other places, and as the economy keeps expanding relatively fast, so does the purchasing power.”IAN LANGSDON/PAP/EPA

This year’s ranking compared two attractiveness models: one with the impact of COVID-19 and the other without it. In the former, Poland ranked fifth, compared to tenth place in the latter, without the effect of the pandemic.

Poland was categorised as a “growth market” for wine, one where it is a mainstream product and/or experiencing growth, between an established and an emerging market. Other countries in this category include South Korea, Russia and Singapore.

In a piece published in 2017, James Wainscott of Wine Intelligence linked Poland’s promising wine market to the changes in the country over the past three decades. 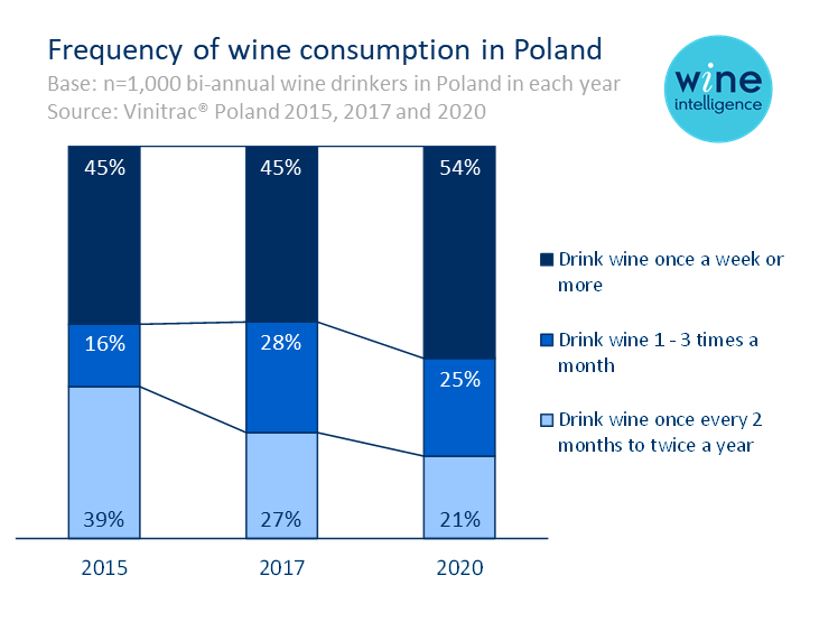 Although the total number of wine drinkers has remained relatively stable over the past few years, within this population, consumers are drinking wine more frequently.Wine Intelligence

“The fall of Communism in 1989, the advent of cheap air travel and membership of the European Union has infused the country with wealth and shaped the perspectives of a huge swathe of Poles born after 1980,” he wrote.

Wine from France, easily available in Poland at hypermarkets such as Auchan and Carrefour, was found to be the top country of origin, but consumers have been introduced to wine from Portugal by the Portuguese-owned Biedronka shops.

This year’s report said: “Poland brings a lot of opportunities for global wine brands. This is one of the few markets in Europe where European origins such as France, Italy or Spain don’t dominate. 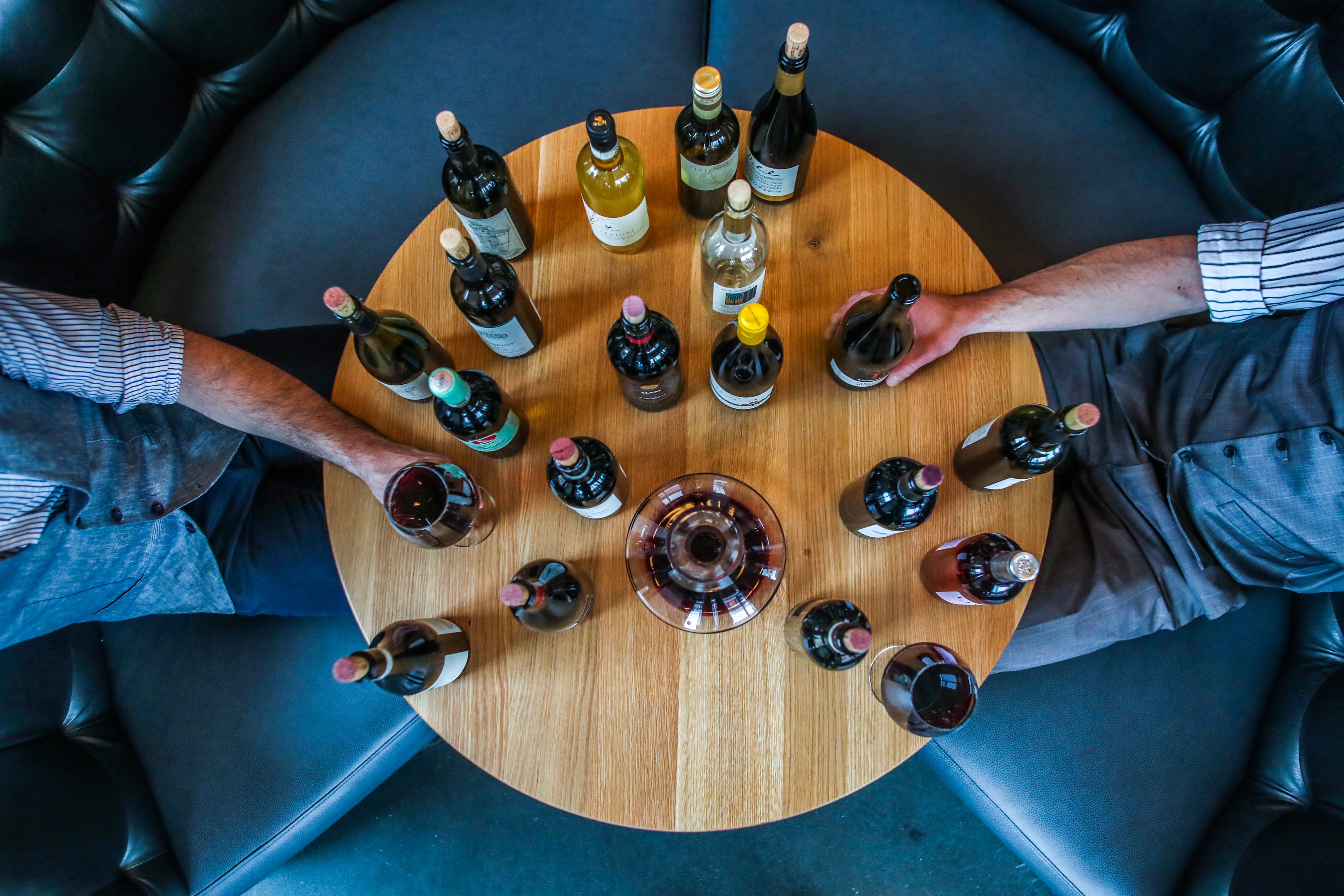 Poland was categorised as a “growth market” for wine, one where it is a mainstream product and/or experiencing growth, between an established and an emerging market.Zachariah Hagy on Unsplash

“Instead, the US and Chile are the main countries of origin supplying the Polish market. Wine consumers in Poland are also typically younger and more eager to discover more about wine than in other places, and as the economy keeps expanding relatively fast, so does the purchasing power.”

It added: “This leads to Poland being a strong opportunity market, particularly as the market develops and drinkers start looking for core and recognisable brands.”