A Polish-British finance fin-tech firm behind an app that allows users to transfer money internationally has received EUR 20 million in funding from the European Investment Bank (EIB).

The funding is a significant feather in the cap for Azimo, the firm in question, which was founded in 2012 by Michael Kent, Marta Krupinska, Ricky Knox and Marek Wawro. Headquartered in London but with an office in Kraków, Azimo now operates in 200 countries, works in 80 different currencies and has over 300,000 cash pick-up points for those using its international digital money transferring service. 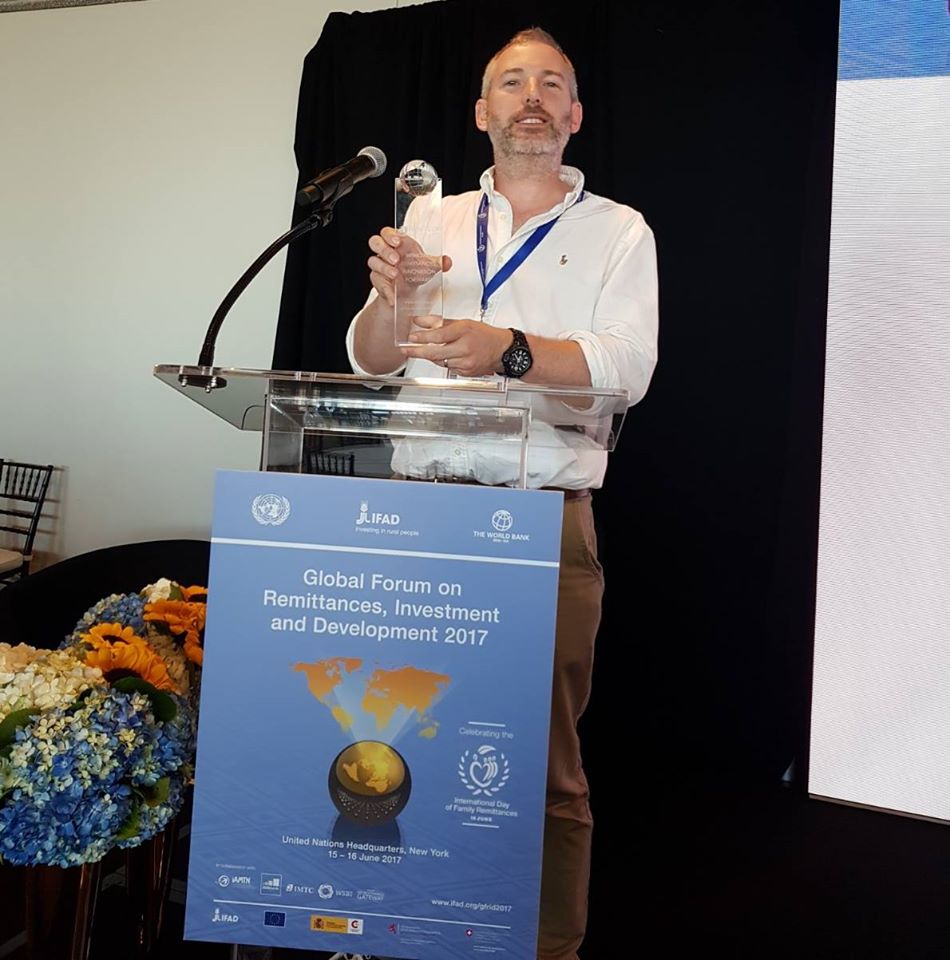 “We are excited to have the European Investment Bank’s support in our mission,” says co-founder Michael Kent.Azimo/Facebook

In 2019, the company transferred more than $1 billion across the world and that figure is expected to increase, with the World Bank forecasting the total value of remittances to reach more than $700 billion by 2021.

“While Europe is the largest international payments market in the world, it is poorly served by legacy providers, so slow delivery times and very high costs are the norm for European consumers and businesses,” said Michael Kent, co-founder and chairman of Azimo. “At Azimo we are building a European payments champion with near-instant delivery at a super low cost. We are excited to have the European Investment Bank’s support in our mission to be the best way to share money around the world, improving millions of lives.”

Azimo now operates in 200 countries, works in 80 different currencies and has over 300,000 cash pick-up points.Azimo/Facebook

Poland has seen a boom in outflow remittances with figures from Eurostat showing the amount almost doubled from EUR 3.3 billion in 2016 to EUR billion in 2018. During the same period the inflow of remittance to Poland remained stable at about EUR 6 billion. Major flows into Poland from other EU countries came via Germany, UK and Netherlands.

“Working in one place but putting your money to work in another is a common feature of our time,” said Lilyana Pavlova, vice-president of the EIB. “Yet far too many people don’t have bank accounts or other means to send and receive money. Companies like Azimo make money transfer easy, safe and affordable. They are a game changer – not only for the market, but first and foremost for the people who, thanks to them, save money and time.” 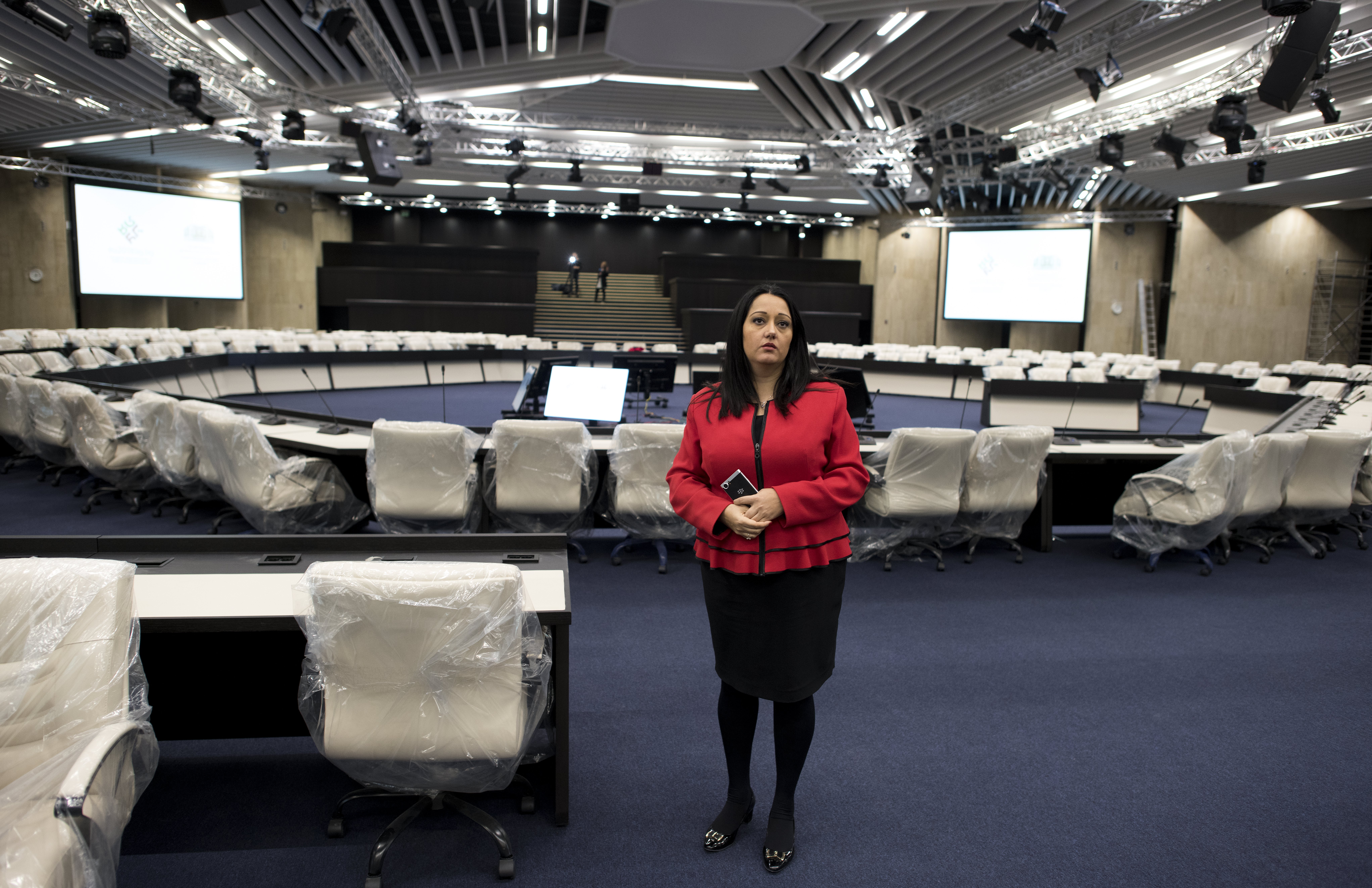 The EUR 20 million will be used to expand Azimo’s operations on the Asian market where six of the top 10 remittance receiving countries are based, the top country being India and second place being China.

Azimo’s main advantage over its competitors is that there are no bank transfer fees and once the transaction is made at one end the amount received at the other end is locked in, in contrast to some other services where the exchange rate can change and thus change the value of the money that is being transferred. Azimo has a wide variety of options on how to pay and receive funds giving it a greater flexibility for users than most international money transfer systems. 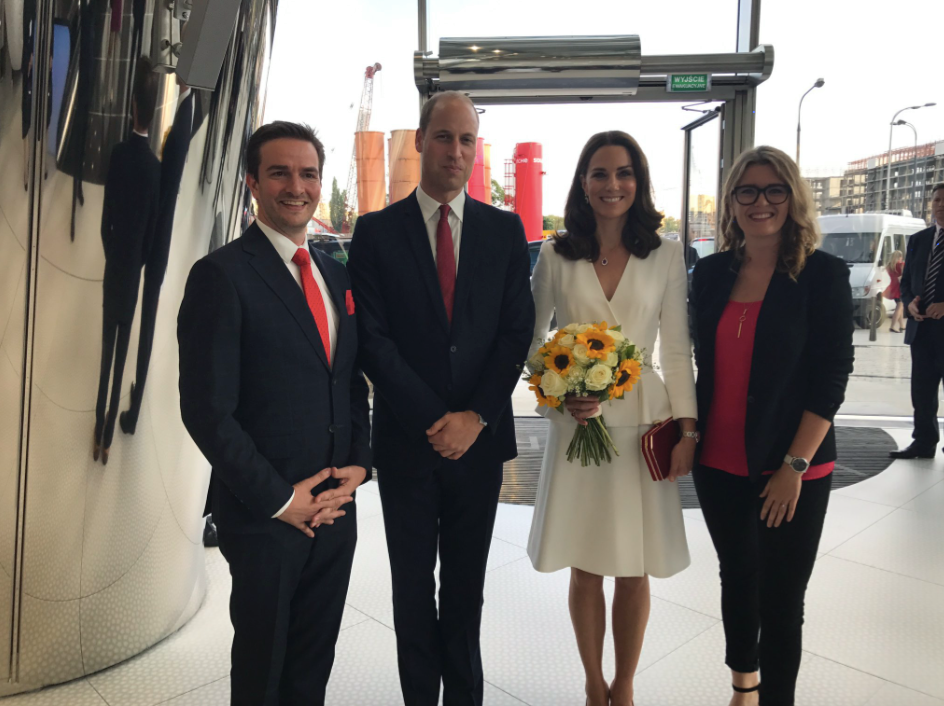 Azimo co-founder Marta Krupinska, right, with the Duke and Duchess of Cambridge.  Azimo/Facebook

“People need to be able to transfer money as quickly and safely as possible,” commented Valdis Dombrovskis, the European Commission’s executive vice president for an Economy that Works for People. “This is a priority of the Commission and we will continue to support successful companies such as Azimo to boost the European fin-tech sector and improve the experience of millions of customers.”