Campaigners call for the return of Kraków’s beach

Environmental activists are campaigning to allow for the natural formation of a beach on the River Wisła opposite the city’s iconic Wawel Castle so people can have fun in the water.

They want dredging and management of the river stopped so a beach can form on the inside of the Wisła’s curve that takes the river past the castle. Wodna Masa Krytyczna, a group at the forefront of the campaign, points out that there was beach there for centuries until it disappeared in the post-war years under the concrete embankments of a river management scheme.

The river forms a natural beach opposite Wawel owing to the bend’s slow moving inner currents depositing sand. To the activists’ dismay the sand is still dredged up and transported away before a proper beach is formed. 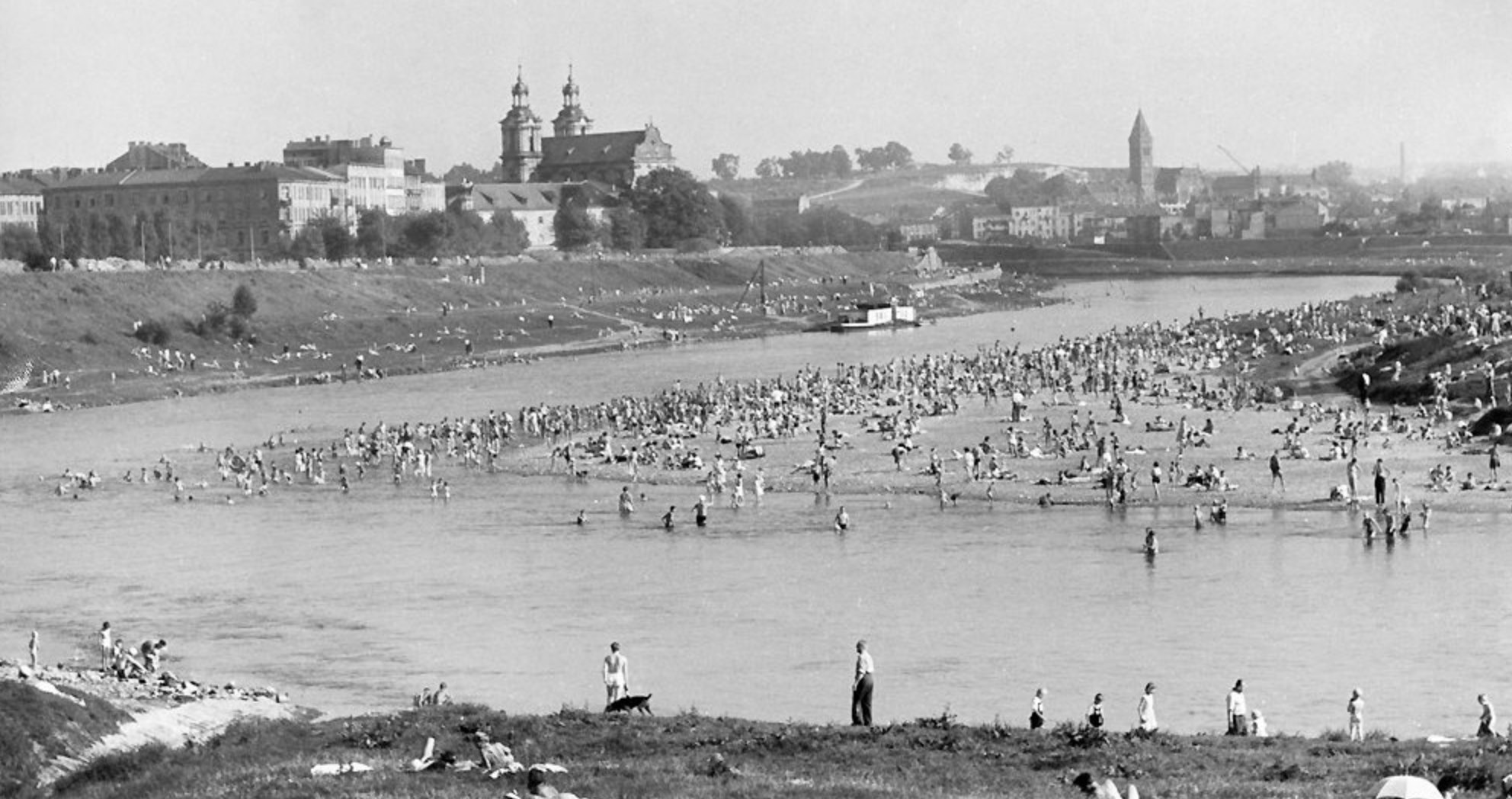 As old photos show the beach was once a popular place to be.Facebook

“This is the only place in Kraków where residents of a big city can feel the water, and stand, not in slime, but in proper water up to your knees,” said Cecylia Malek from Wodna Siostry, one of the groups campaigning for a beach.

During a recent protest by the river activists brandished old black and white pictures showing hundreds of people crowded onto the beach during a hot summer day. They also held up signs calling for the river to “re-naturised” and saying that “Here the Wisła forms a beach: leave it alone.” 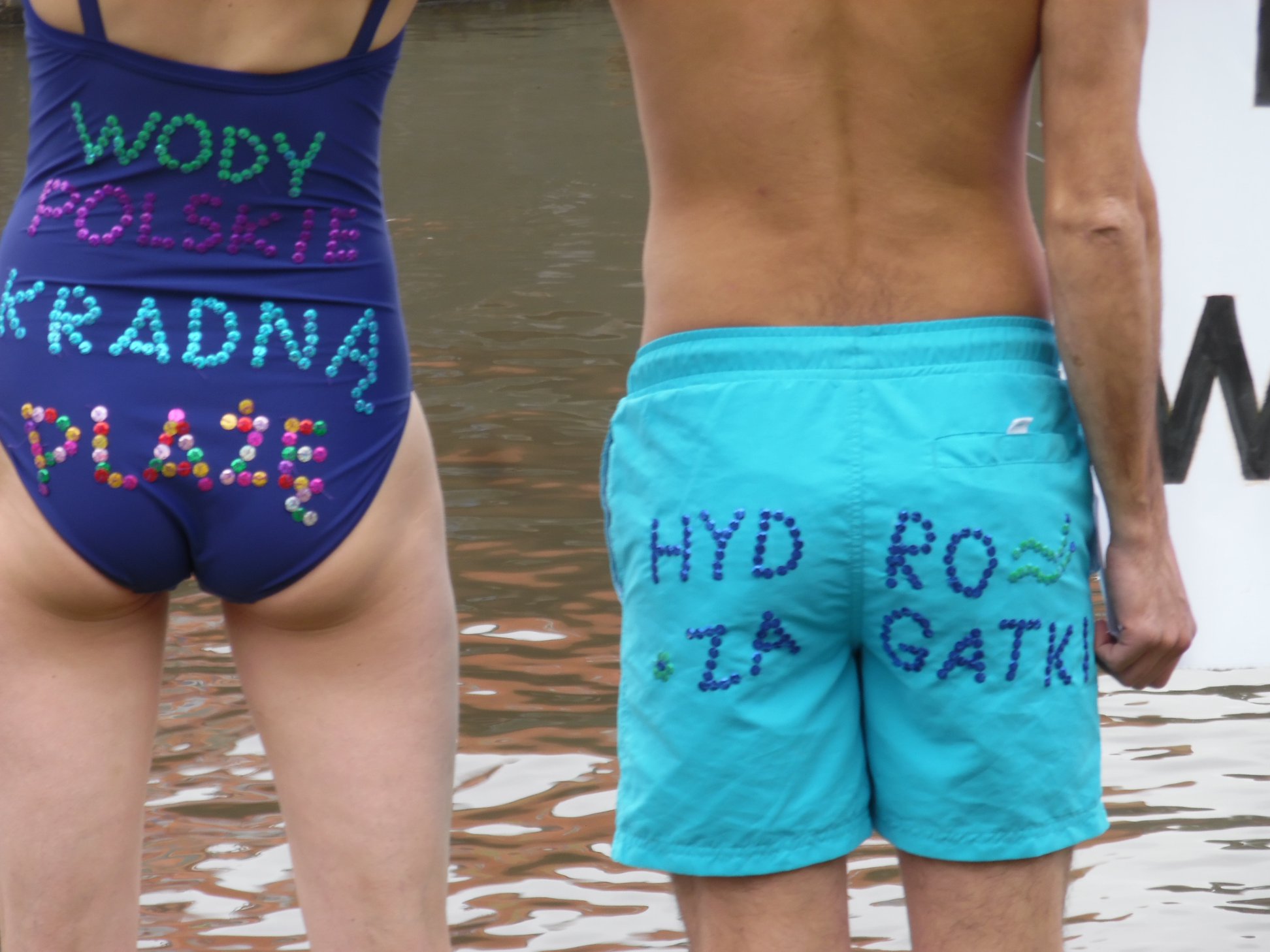 The bottom line. Protestors say that residents need a place in the city where they can access the river.Facebook

“We want to bathe,” Wodna Masa Krytyczna posted on its Facebook page. “We believe that in a European city such as Kraków and in the 21st-century citizens should be able to go into the river and be on its banks.”

Kraków council, which co-owns the area, said that plans to restore the beach had been abandoned because it had been unable to determine who had originally owned the area. 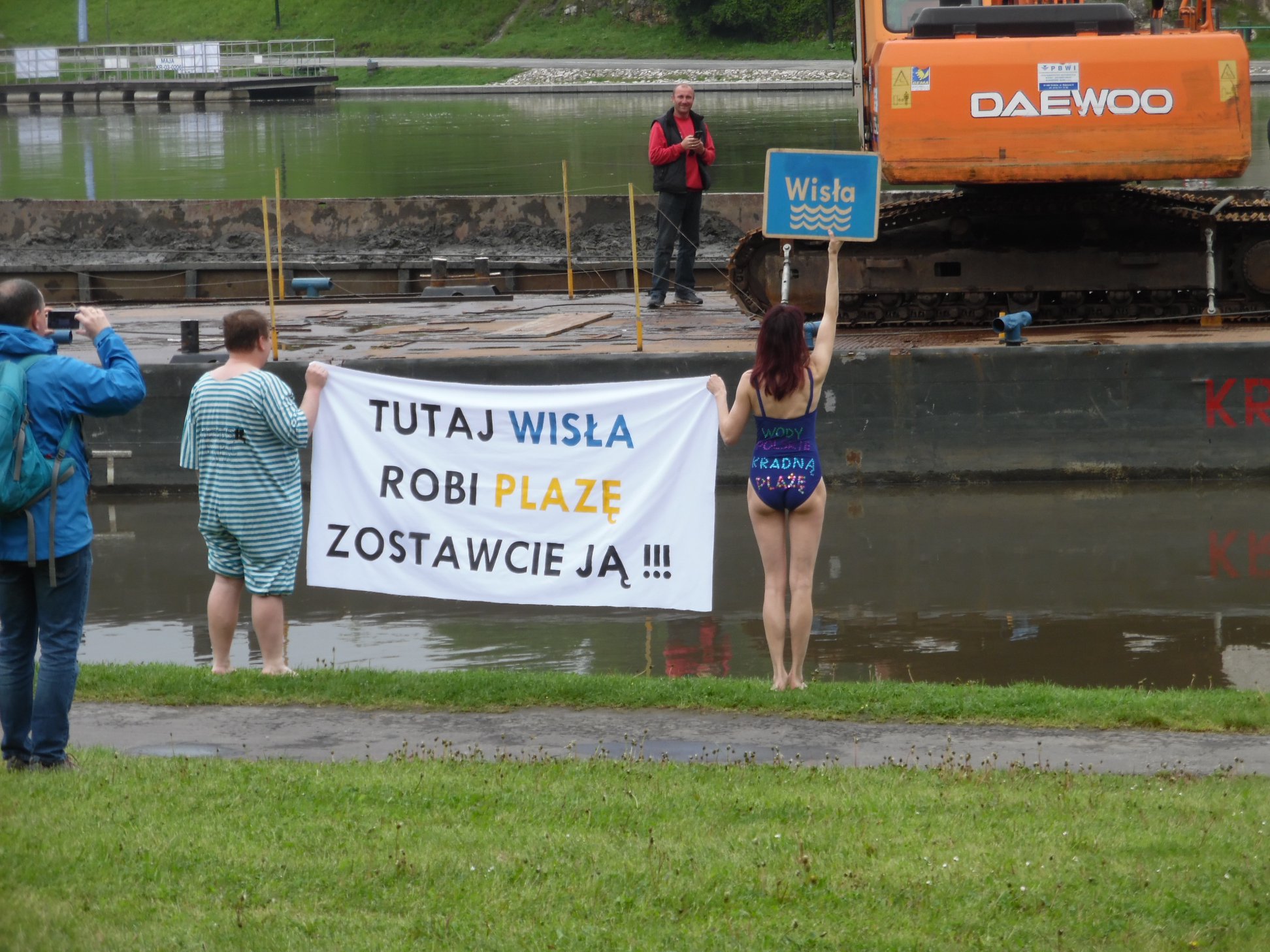 Old photos, especially from the 1930s, reveal that the beach opposite Wawel once attracted with thousands, with people flocking it to lounge in the sun or swim in the river.