A foundation in Kashubia is seeking to create the first professional online dictionary dedicated to the endangered Kashubian language.

Though dictionaries of the regional language exist in book form, the foundation says that the world has changed so much that an online dictionary is now required to serve the interests of younger generations. 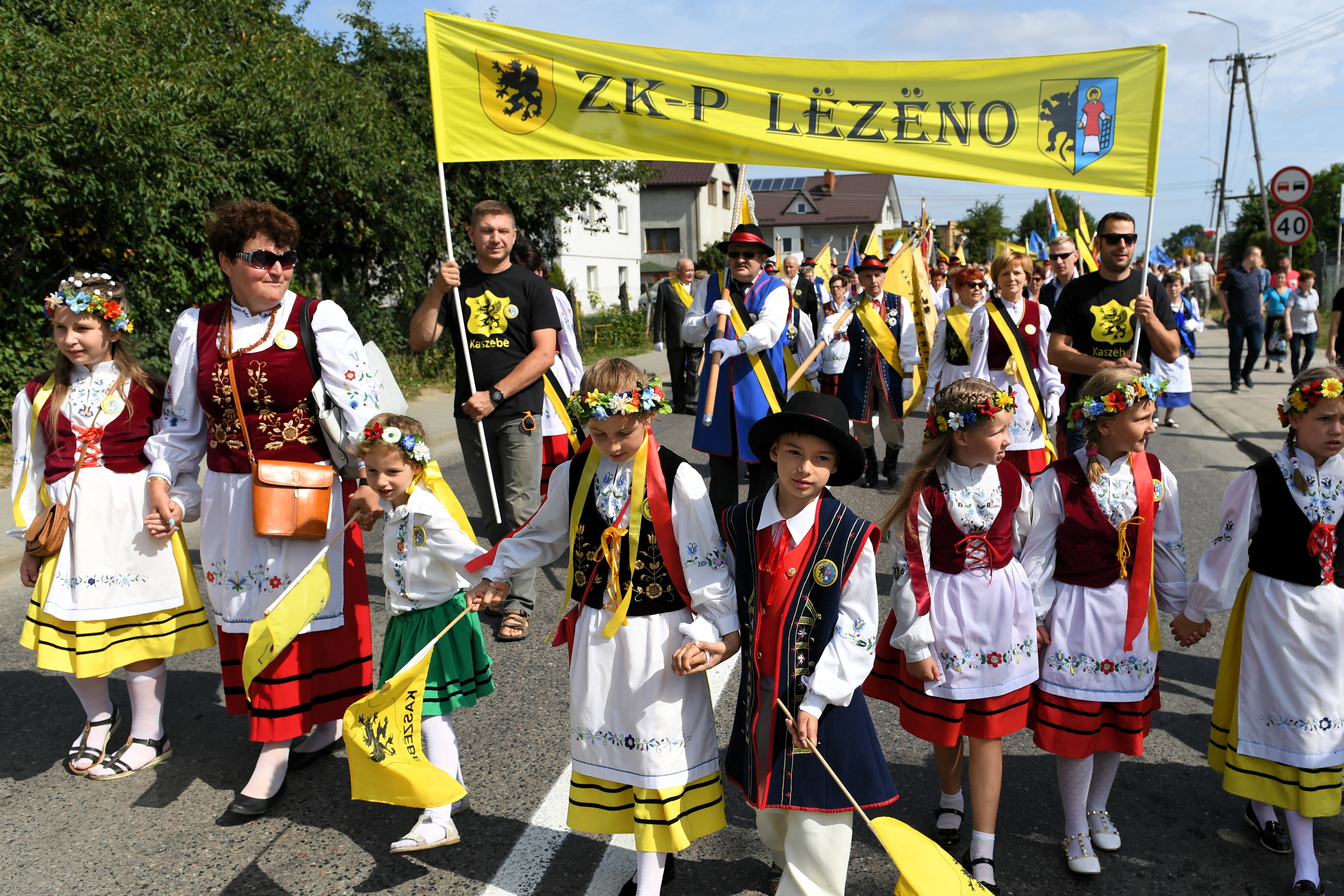 A typical Kashubian parade passes through a northern town – however, campaigners have warned that an online dictionary is vital if young people are to learn the language.Adam Warżawa/PAP

Kashubian is used by about 100,000 people in the Kashubia region to the west and south of Gdansk. Around 20,000 children learn it in schools, yet there is still no dictionary on the Internet, the foundation stresses.

Mateùsz Titës Meyer from the foundation said: “Kashubian is used less and less in homes, and without attractive modern tools children will not want to learn it in the coming years – it will be a dead language.”

The language is already on UNESCO’s list of endangered languages. Earlier this year, the foundation set up an online collection and it have so far collected just over half of the PLN 50,000 they need. 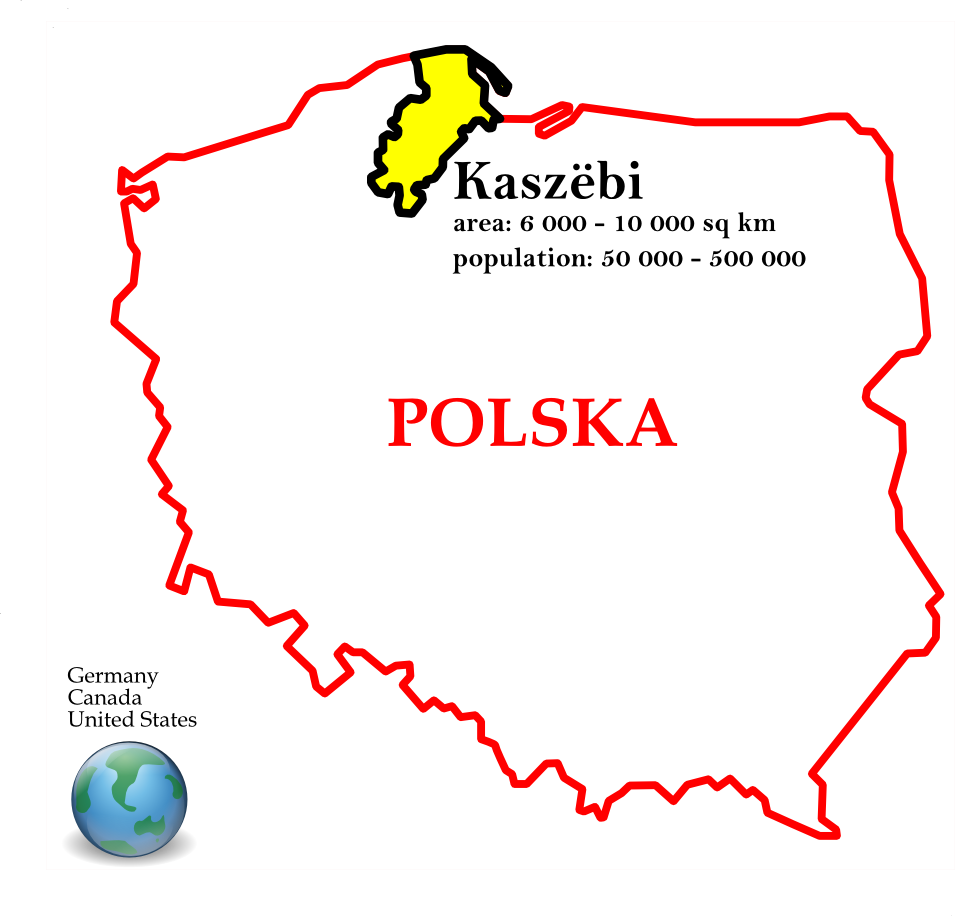 Views differ on how to categorise Kashubian, with some saying it is a language in its own right, while others view it as a dialect of Pomeranian or Polish.Wikicommons

If they raise the whole amount the dictionary will be ready by November of this year. With the money, they hope to create a free dictionary with about 25,000 entries with descriptions in Kashubian and Polish.

In the future, the dictionary will expand to include English, German and Ukrainian. Sound recordings of Kashubian words will also be added as well as online lessons.

The site will also allow users to report new words, possible errors or different variations of a word. 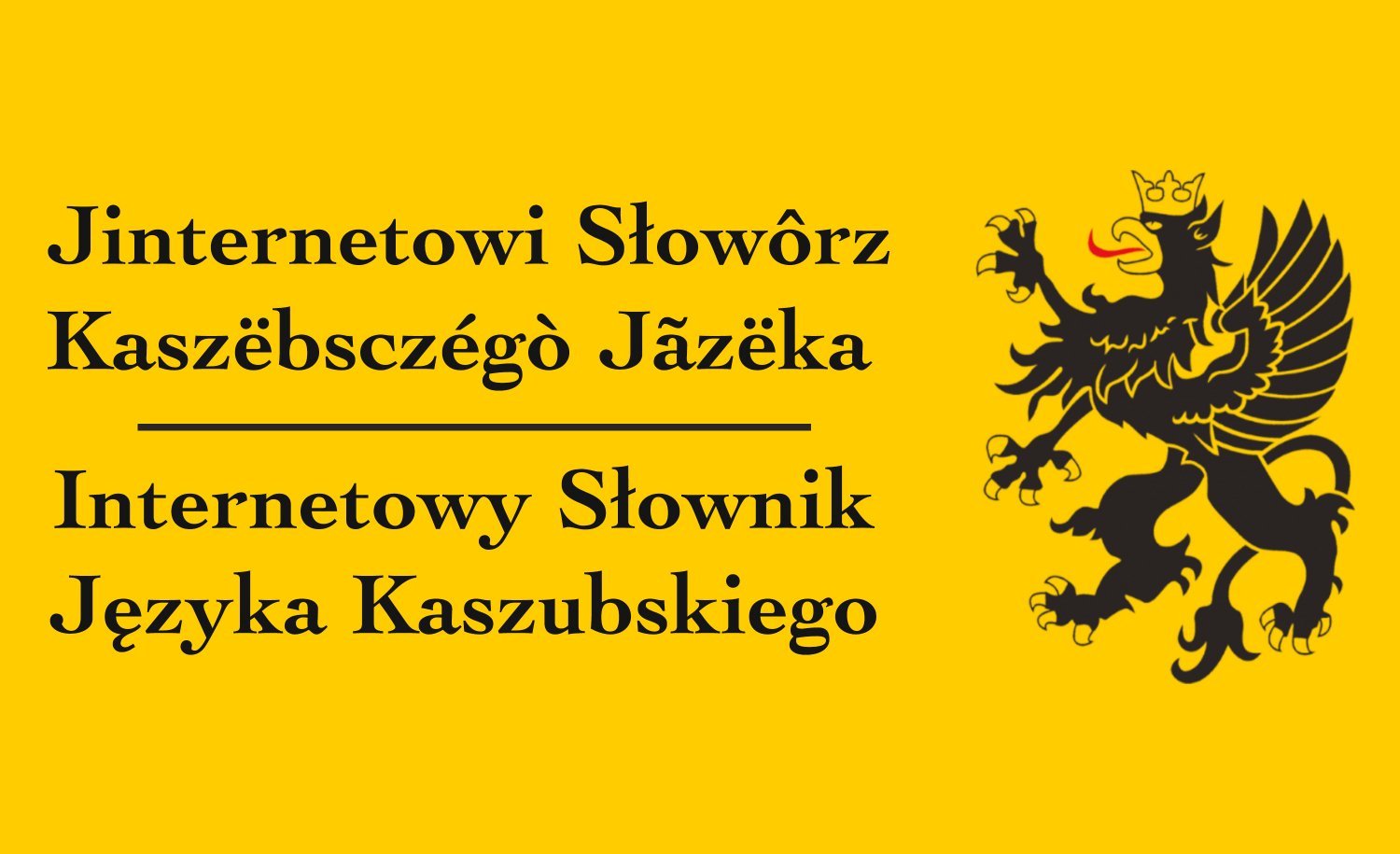 The foundation explained on its crowdfunding page: “The main cost is the creation and development of the language database. This is tedious and lengthy work and the preparation of the vocabulary takes months.

“One has to look through many sources, leaf through existing dictionaries published in paper form, as well as check papers published by the Kashubian Language Council.”

The foundation does not hide the urgency of the task. “Due to the condition of the Kashubian language, we can no longer wait. Today we can still try to save the speech of our fathers,” the foundation wrote. 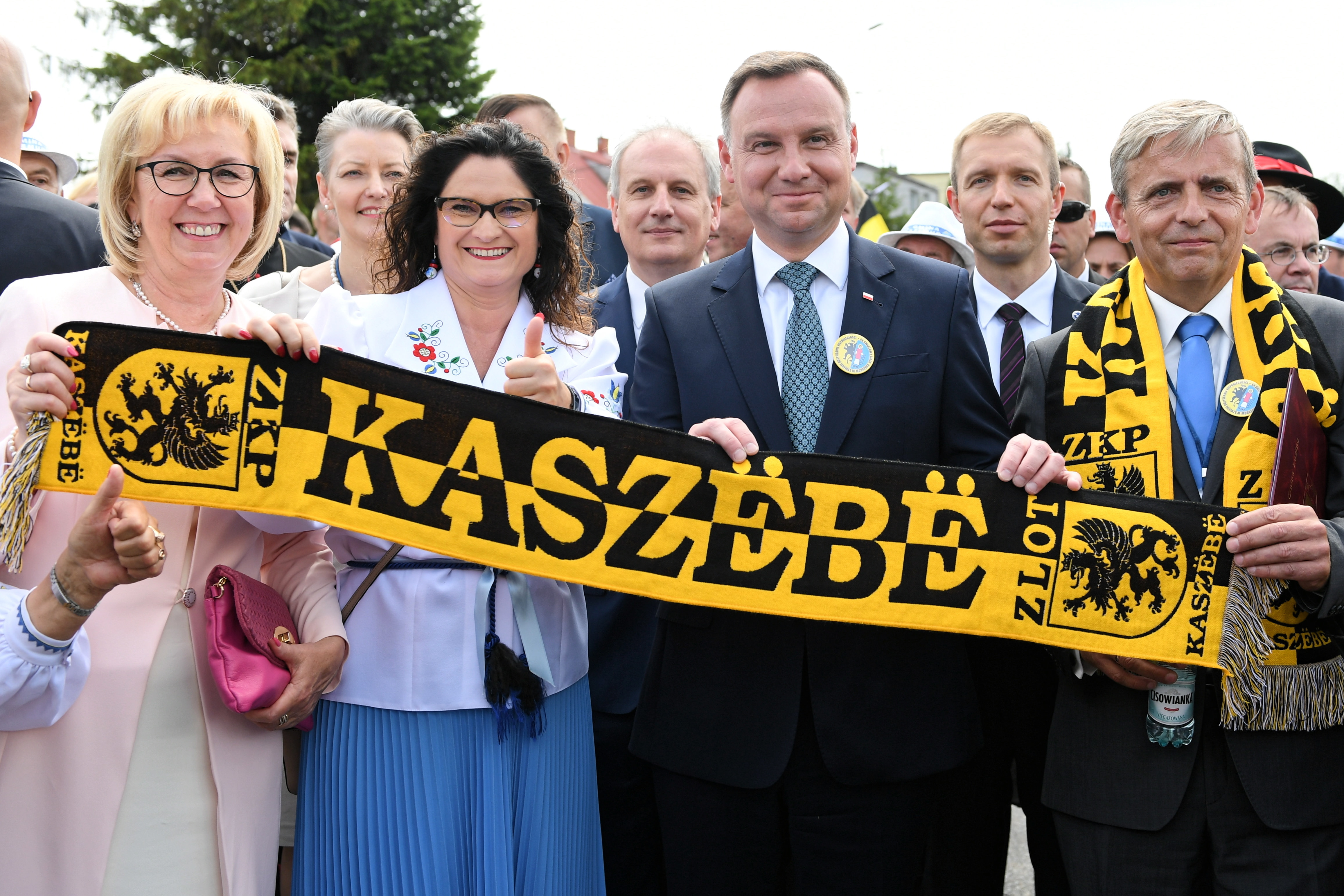 President Andrzej Duda proudly holds a Kashubian scarf during a visit to the north.Adam Warżawa/PAP

The crowdfunding campaign is the foundation’s latest attempt to gather the money needed for an online dictionary.

“For the past two years we have been trying to obtain funds for this from various sources, but unfortunately, the committees evaluating our applications […] keep rejecting our requests on the grounds that such a dictionary is not a cultural activity, but an academic one,” wrote the foundation.

For more than three years, the foundation has maintained the Facebook page Pòlskò-kaszëbsczi słowôrz in an attempt to bring the Kashubian language to a wider audience. The page has almost 4,500 followers. 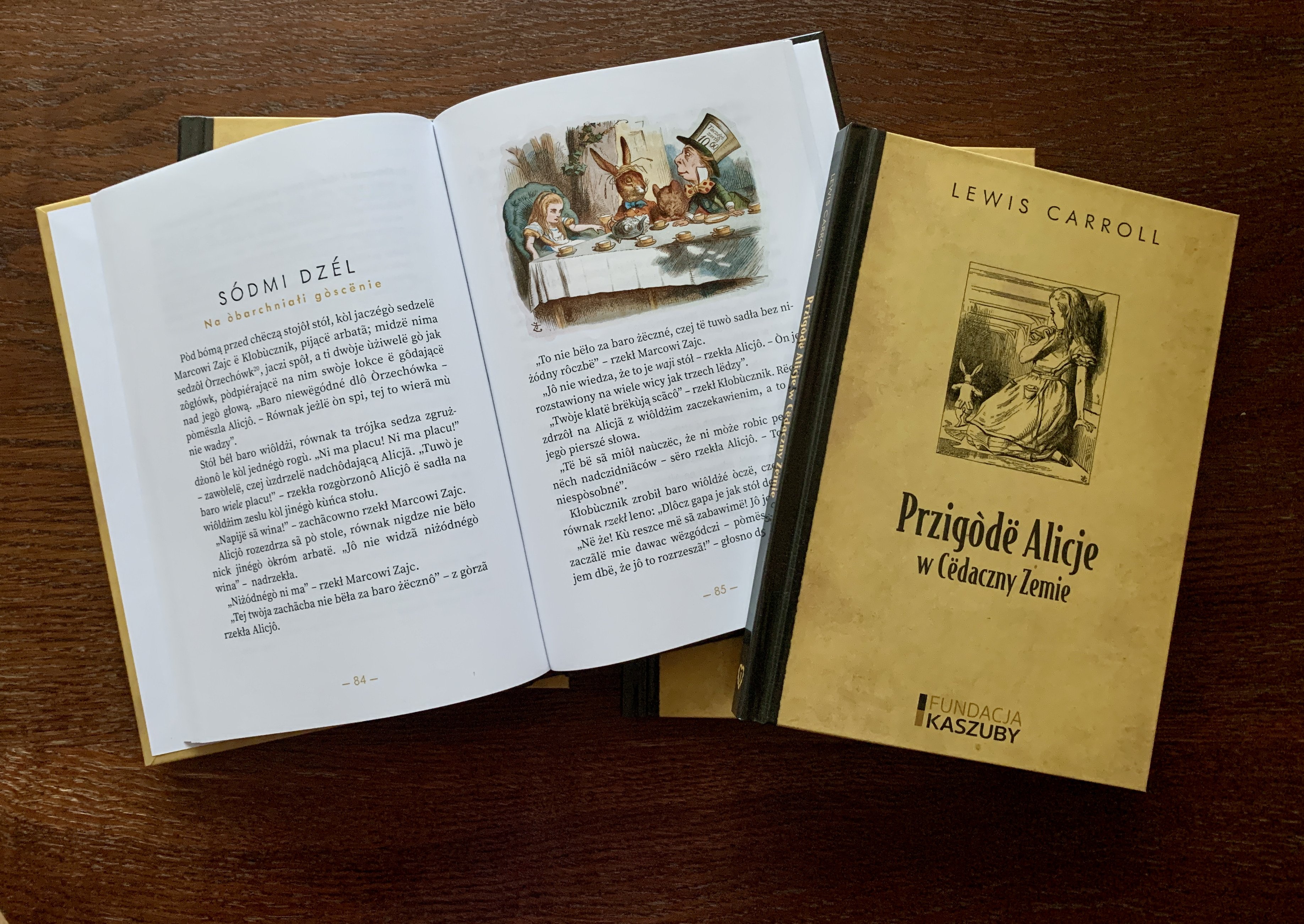 Last year, the first translation into Kashubian of Lewis Carroll’s novel Alice’s Adventures in Wonderland was published under the Kashubian title Przigòdë Alice in Cëdaczny Zemie. More translations of classics are being prepared.

Kashubian subtitles are also being produced for the first part of The Godfather trilogy directed by Francis Ford Coppola.

The foundation for the last two years has also organised a poll for the Kashubian Word of the Year. The winners in 2020 was larwa, meaning mask, and in 2021 spisënk, meaning census.

Kashubian is a West Slavic language belonging to the Lechitic subgroup along with the dialects of Polish and Silesian. Views differ on how to categorise Kashubian, with some saying it is a language in its own right, while others view it as a dialect of
Pomeranian or Polish. 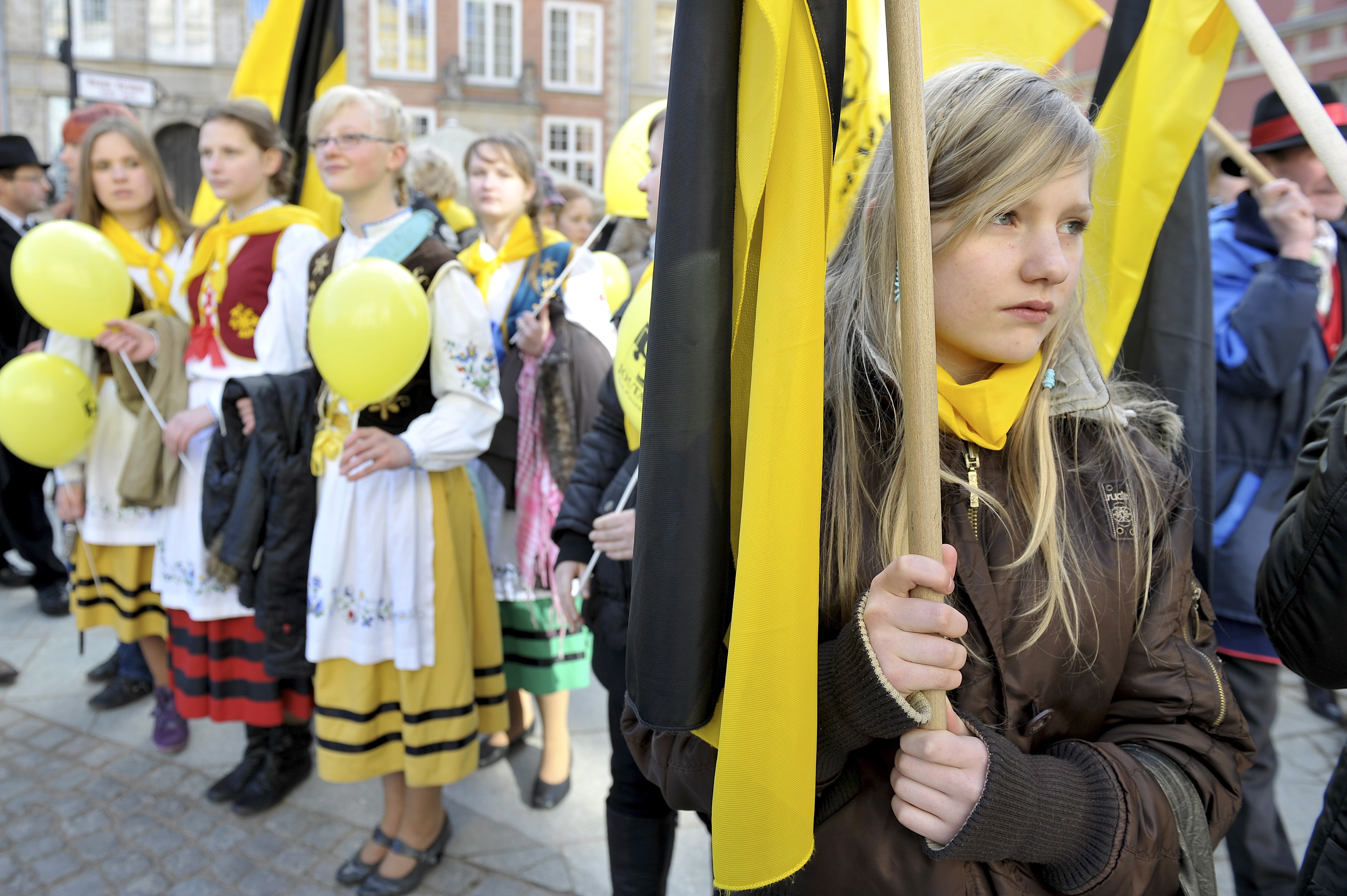 Kashubian is used by about 100,000 people in the Kashubia region to the west and south of Gdansk.Adam Warżawa/PAP

According to census information from 2011, 108,140 people declared that Kashubian was the language they spoke most often in their household. In Poland, it has been an officially recognised ethnic-minority language since 2005.

In the same year, Kashubian was given a huge boost when it gained regional language status. Since then, it has been possible to take high school exams in Kashubian. The language is currently taught in around 400 schools.

It can even be used on a par with Polish in public administration offices in the Kashubia region and the names of towns and villages are marked in both language versions.

The dictionary crowdfunding campaign can be found at: https://zrzutka.pl/5xw6zz