Nazi horror camp for Polish children: new book reveals 'heart-breaking' accounts from survivors of the camp in Łódź that postwar Germany tried to hush up

Instead of cuddles and bedtime stories, Polish children as young as two would hear “Achtung! Raus! Polnische Schweine!” barked at them by degenerate German guards who treated them like animals.

Chilled to the bone in freezing weather, desperate for calories, the tiny victims of Hitler’s all-conquering Third Reich would be forced to crawl on the ground and lick German boots for a ladle of watery “soup” of dead insects, sand, plastic and maybe a few cabbage leaves. 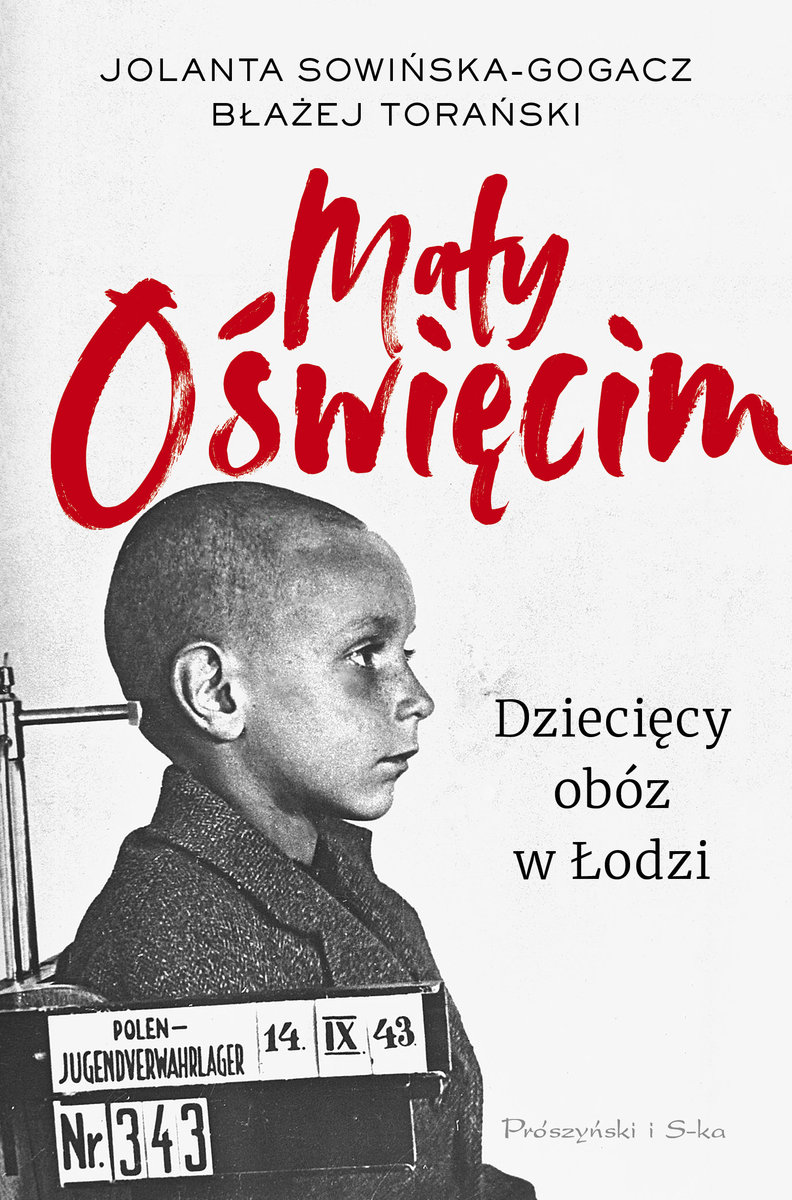 Worked to exhaustion, beaten, tortured and riddled with disease, the children expired in large numbers. This incomprehensible human tragedy was planned and executed by the Germans at a concentration camp set up on the edge of the Łódź Ghetto for the specific purpose of abusing, humiliating and tormenting Polish children.

What is doubly shocking is that having stolen their childhoods once in 1942-45 when the camp operated, the Germans robbed them of their rights as victims after war by stealing and “losing” documents proving that they had been at the camp.

These are the sensational claims made by Jolanta Sowińska-Gogacz, the co-author of a blistering new book about the camp published this week ‘Mały Oświęcim. Dziecięcy obóz w Łodzi’ (Little Oświęcim. The children’s camp in Lódź), which was racing up the bestseller charts in Poland even before its launch. 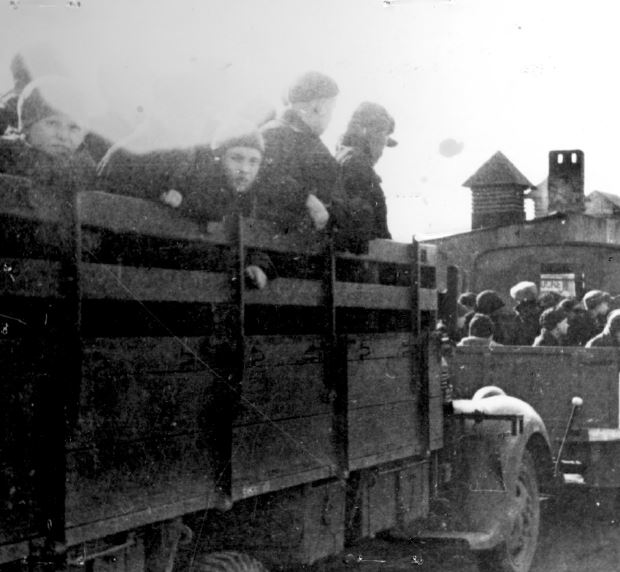 The book, co-written with journalist Błażej Torański, is largely based on dozens of interviews conducted by Sowińska-Gogacz, who spent eight years and travelled over 10,000 kilometres to talk to the former inmates now in their eighties and nineties.

Some of the most heart-breaking fragments are about the hunger in the camp. Gertruda Skrzypak said: “The children were so hungry they chewed their own hands.”

In another interview, Stefania Otto-Szafrańska said: “I saw that when soup was spilled children licked it from the floor.” 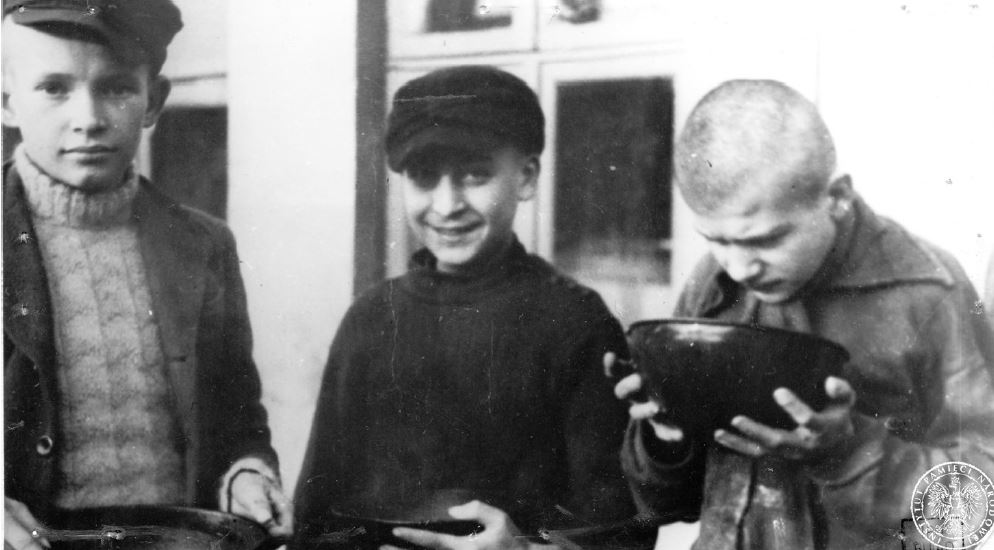 Boys from the first transport still in their civilian clothes.Press materials

Krystyna Wieczorkowska-Lewandowska commented: “There were no mice in the camp. The children caught and ate them.”

This happened while bread sent to the children by their parents, if they were alive, would sit locked away going mouldy in the commandant’s office.

The children were poorly dressed and constantly suffered from the piercing cold, a fact exploited by the German guards. 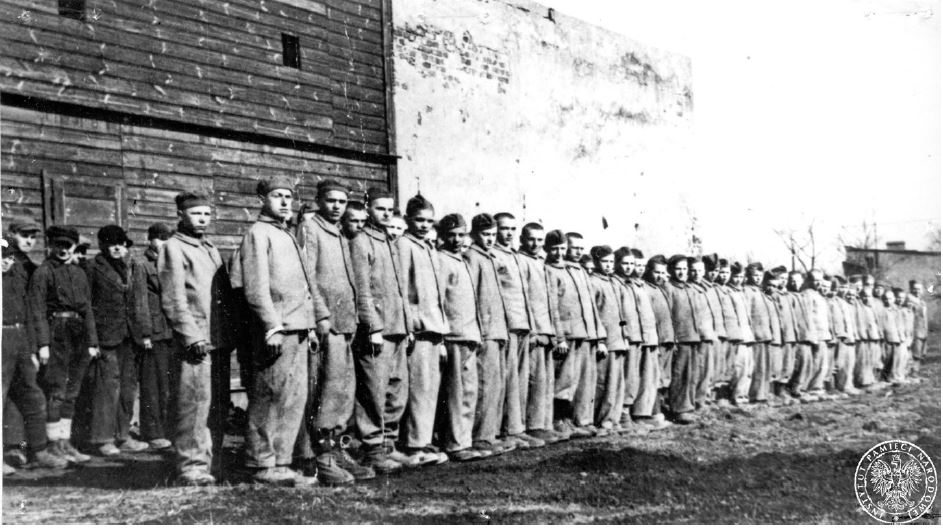 A grey prison uniform, a square piece of cloth and a tin cup and spoon were all that the children received on arriving at the camp.Press materials

Ewa Gauss-Nowakowska recounts one terrible event: “There was a naked girl, like a living skeleton. I was really scared of her. One night she came to my bed and tried to take my blanket. I defended myself and screamed. She tried to strangle me. Whoever was watching over us […] told the camp authorities, who ordered that the girl, who had no clothes and it was already winter, be thrown out into the snow. They poured water over her. She died. Like an icicle. She died because I had screamed.”

Although many children were imprisoned in other German camps during the war, the Łódź camp is particularly shocking because Polish children had to face the cruelty of German discipline and the bestiality of sadistic SS guards completely alone without any protection or support from adult prisoners.

Sowińska-Gogacz, an educator and journalist, explained to TFN: “The camp is unique because it imprisoned children. Children are defenceless. Adults often know how to cope, how to survive. They can understand the situation they are in and take steps to deal with it. 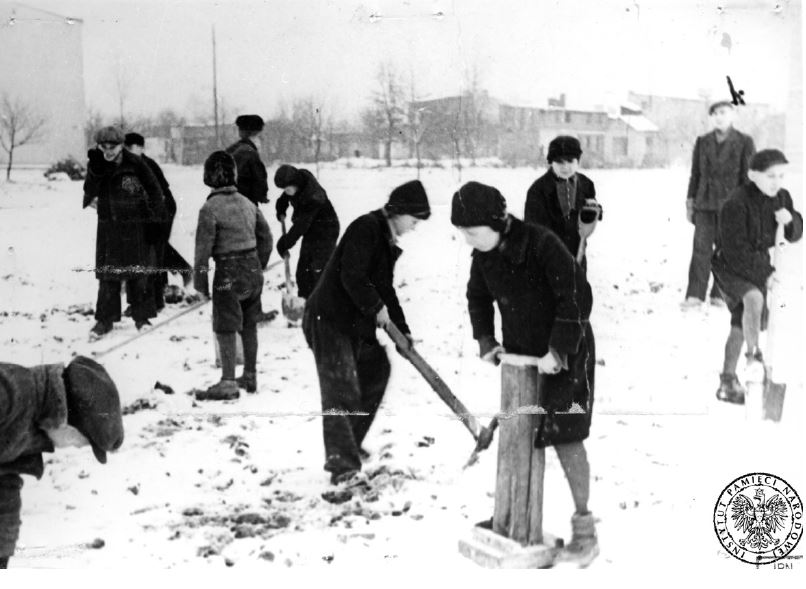 “Now, it was important to give them a voice because this is the last moment for them to be heard. Now, when they are leaving this world it is a great comfort to them that they know that what happened to them will be remembered by us. It would be unbelievably sad if they passed away knowing that nobody knew about what happened to them. “

The reason she became interested in the camp’s history was because although she is from Łódź and lives half an hour’s walk from it she had little idea that it had existed. 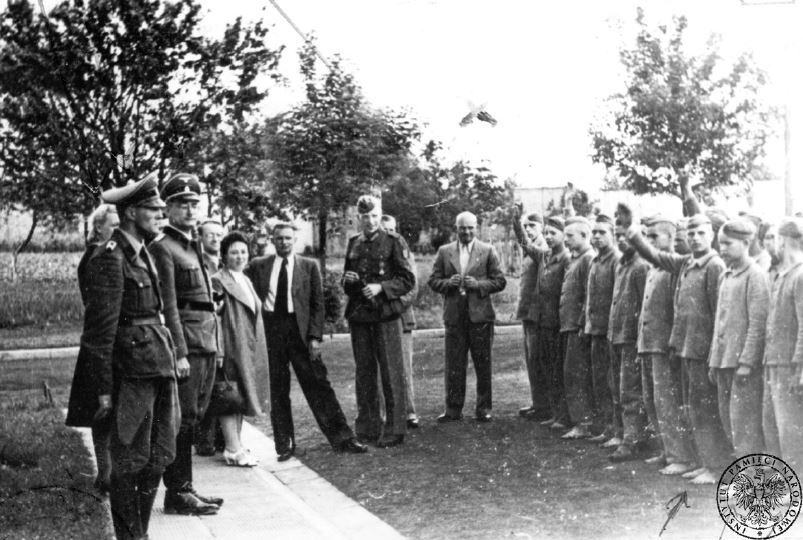 The civilian clothes of the guests suggest a visit by the Red Cross. The camp authorities, who were informed in advance of the planned visits, gave the children pieces of soap and better food.Press materials

“I initially imagined that it must have been a small camp, maybe a few buildings and a few dozen children. However, when she looked deeper into the reality of the camp she was shocked. Each day there were about 1,000 children there, the same number as in a very, very large school. One thousand children is quite a lot,” she said.

The lack of awareness that this “little Auschwitz” even existed is widespread, even in Poland. Secrecy and denial were baked into the Germans plans for the camp from the start.

“The Germans from the beginning tried to hide the camp. That’s why they hid it inside the Łódź Ghetto. Then after the war they tried to hide it again because the camp was dishonorable for them. It compromised them. They were afraid that it would come out that they were scared of children!” Sowińska-Gogacz said. 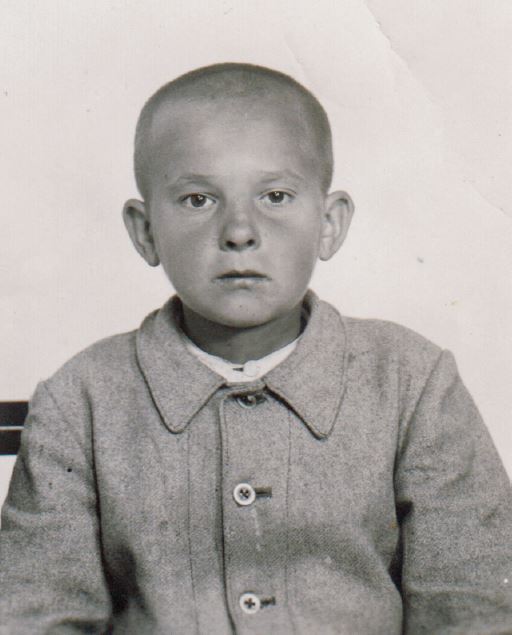 At the end of the war and after, the Germans went to great lengths to remove all trace that the camp had existed.

“Firstly, camp documents were manipulated, badly organised and even lied about. The Germans took the documents with them or even destroyed them. So there are many documents that we don’t have,’ she said.

According to Sowińska-Gogacz, one of the possible reasons why Germany was concerned about the camp after the war is that it was essentially a work camp, and as such broke even the laws of the Third Reich. 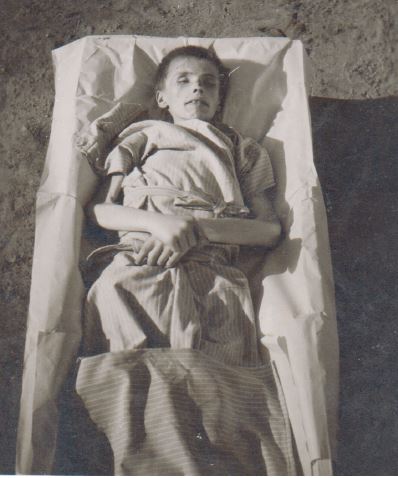 Urszula Kaczmarek was starved and then beaten to death by guards. She is the first recorded fatal victim of the camp. Her corpse was collected by her father.Press materials

“Imprisoning children under 12 years of age and forcing them to work beyond their own strength broke the Third Reich’s own laws.

“My theory is that the Germans after the war were worried about court action against them. Those children grew up and being 30, 40 or 50 years old they could take Germany to court for breaking their own laws forcing them to work in those terrible conditions. It was dangerous for Germany in a legal sense,” she said.

Many children who still had their camp documents after the war had those documents taken away from them, leaving them without proof that they had ever been prisoners in the camp. 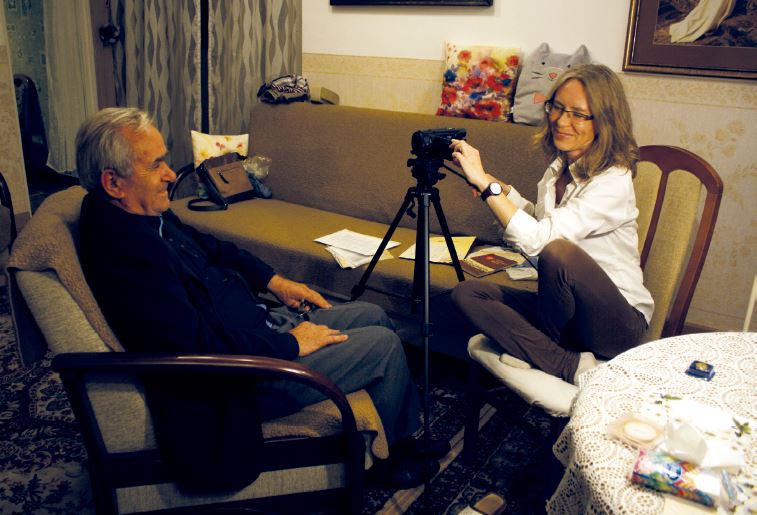 “They were taken from them by German prosecutors after the war who came to Poland, borrowed those documents but never gave them back. They used pretexts to steal the documents like needing to make copies to facilitate compensation payments. They claimed they needed to see original documents that they were actually in the camp,” she said.

In one testimony in the book, Kazimierz Gabrysiak, who was 12 when he was imprisoned in the camp, explained how his documents were taken from a small museum in Poznań.

“I was asked to provide my documents because the camp for children was important and people should see them,” he said. “A while later, I needed one document for a welfare benefit, so I asked to borrow it. It turned out there had been a break in and there was nothing left. 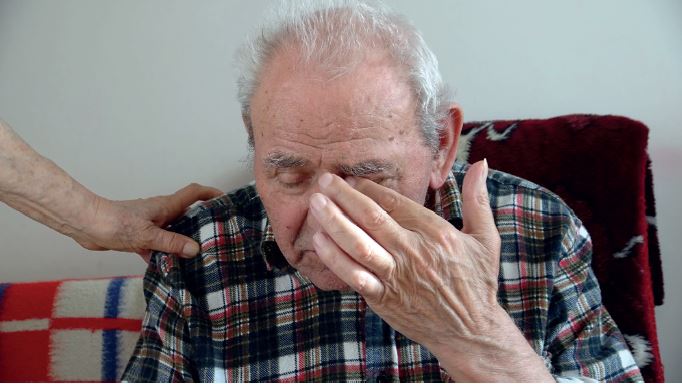 "You must know that ever since I’ve known him, and we have been married for 62 years, Leon has not slept well one single night.” Former prisoner Leon Banasik with his wife's hand on his shoulder.  Press materials

“I was very surprised – why would someone want those old documents? Years later, by accident I found out that there had been no break in. Apparently, each document went for 200 marks,” he said.

Having had their childhoods stolen, life for the children after release from the camp was often difficult. “They didn’t know how to do anything. The only thing they knew was how to be afraid. They had strange eating habits, they were never full after eating. Often, they couldn’t go to school after the war because of the general poverty,” Sowińska-Gogacz said.

When the gates opened there were around 900 underage prisoners in the camp. Many tried to make their way home, or were taken away by their parents. Others, who left the camp on their own, but unable to cope with life outside, mainly due to lack of food, returned to the camp. 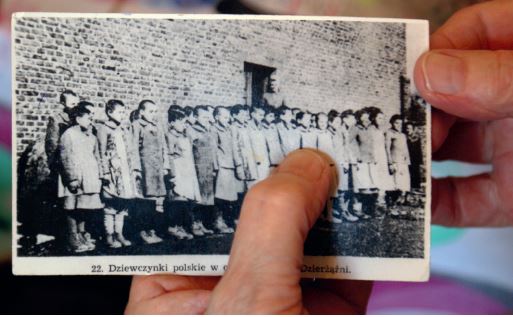 Helena Leszyńska identifies herself in a photograph probably taken in 1943.Press materials

According to those who looked after them at that time, they were different to other children. At the beginning, they were like animals. They threw themselves at their Polish caregivers, treating them as though they were German guards.

Few of the staff could last more than a week. As time went by, there was a slow improvement. The children enjoyed wearing warm clothes, but they couldn't endure communal gatherings, walking in pairs or being whistled at, which reminded them of the camp. 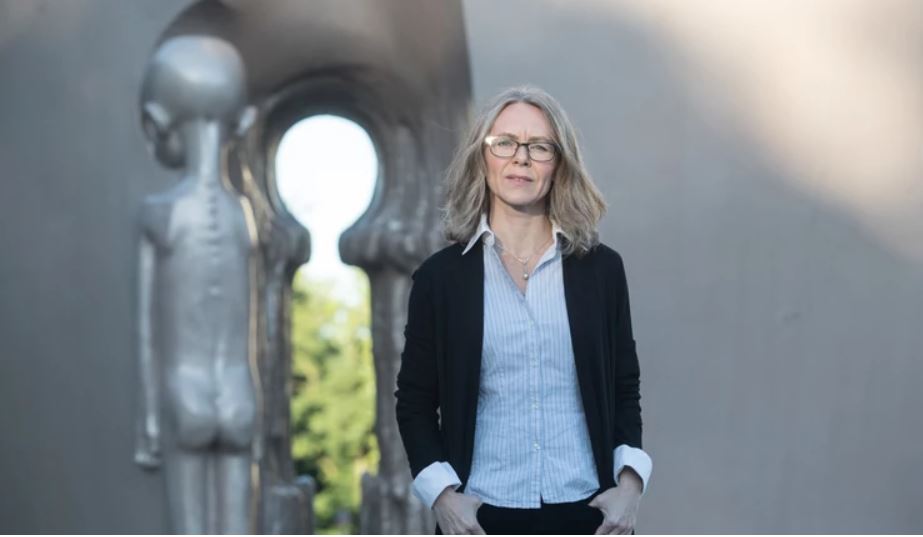 Very often, the children were not believed when they said they had been in a camp in Łódź. The ghetto was for Jews not Poles most people thought.

Many of them were too young to know their own identities and some never managed to find out who they were. 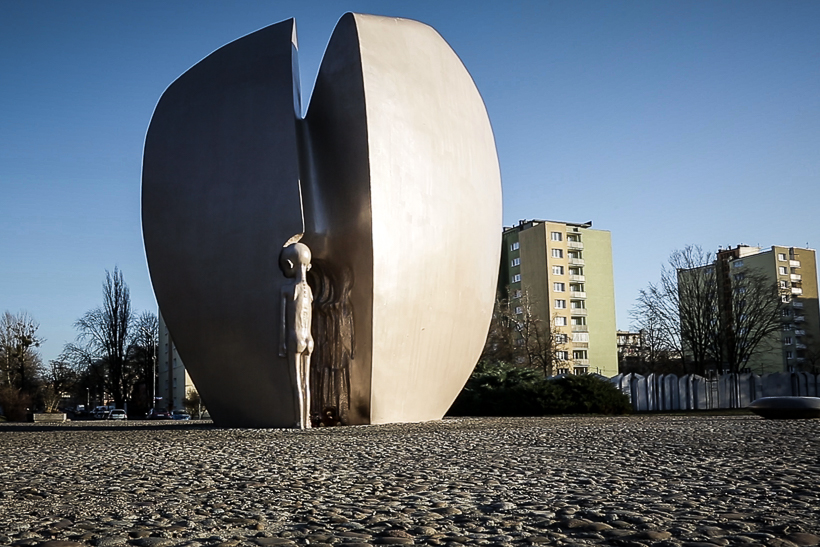 A memorial marking the site of the camp. Kalbar/TFN

The total number of children who were imprisoned at the camp over the 25 months of its operation is unknown.  Early estimates put the figure at around 12,000. However, more recent studies suggest the figure may be around 3,500.

The same is true regarding the number of deaths. The lowest figure, from wartime German documents, is 72, though the IPN suggests that the number is likely to be slightly higher.