Call of the wild: on the hunt for the Baltic’s wild beaches

I had occasionally heard talk of the “wild beaches” on the Baltic coast. Long strips of lonely sand happily devoid of the wall-to-wall human crowds that sandwich themselves on to the coast’s more accessible and popular beaches. Somewhere where somebody can spread themselves out and enjoy a solitary time.

But with a fair chunk of Poland’s 38 million people heading north each summer as far as land can take them I had never seen one. My previous seaside adventures—apart from those in mid-winter—had always involved a certain amount of jostling with fellow beachgoers as we staked our claim to a patch of sand with windbreaks. 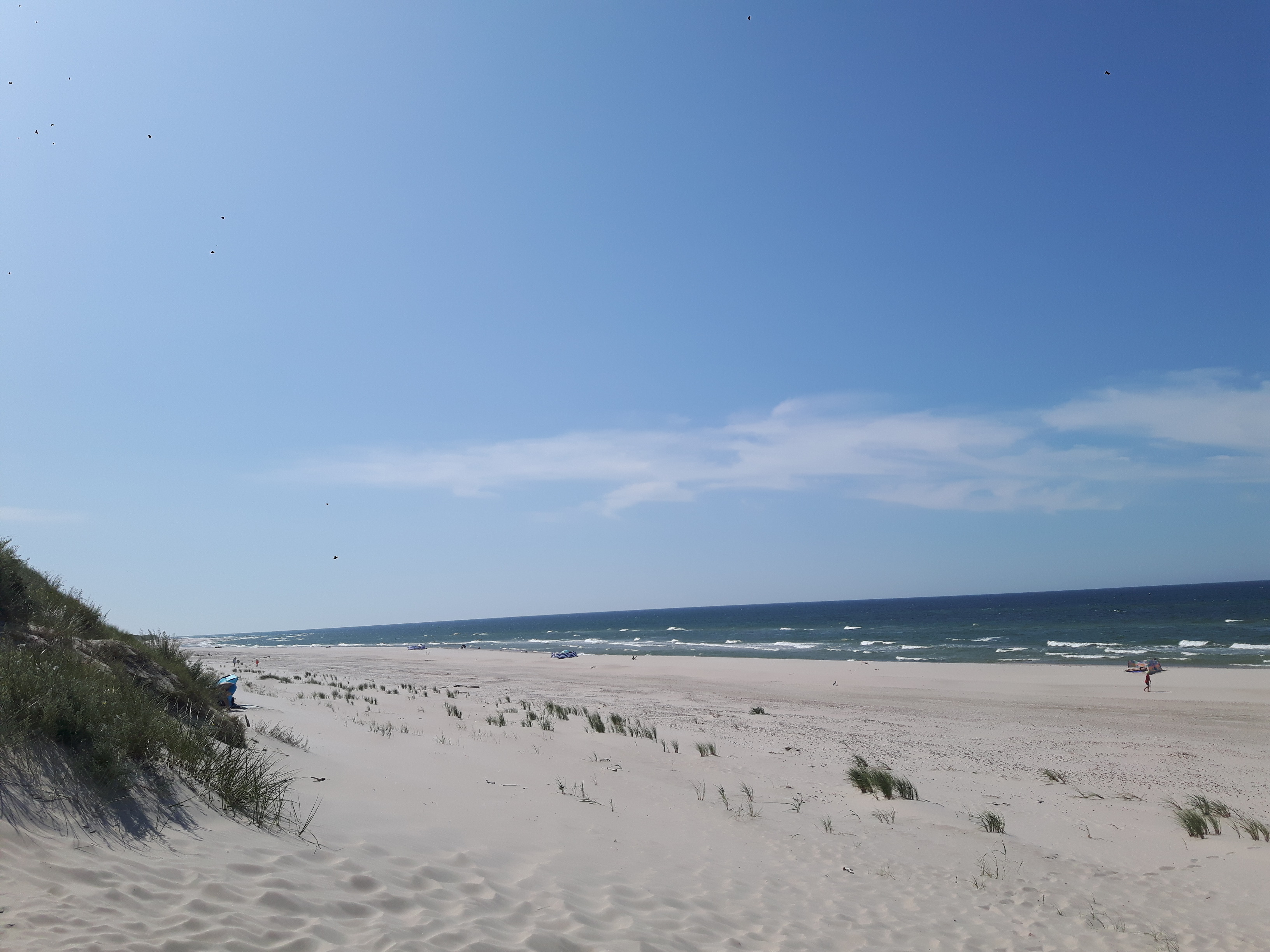 There is nothing much there other than the wind, the sea, sand and a slightly un-nerving feeling of isolation.Matt Day/TFN

So this year I was determined to find an empty beach despite it being a crowd-friendly hot and sunny July. The focal point of the search would be an area covered mainly by the Słowiński National Park, stretching from the small and touristy seaside town of Rowy in the west to the larger town of Łeba in the east.

The park covers around 186 square kilometres and comes bustling with attractions such huge and shifting dunes, lakes, wetlands, surprisingly large hills and a long, long stretch of coastline. While Rowy and Łeba pull in the crowds the further spread of people along the coast is stopped by two lakes: Gardno in the west and Łebsko in the east. These two bodies of fresh water that in places reduce the coast to a narrow strip of land form natural barriers, leaving the space in between them in a sort of dusty and shabby bliss, oddly absent of signs of tourism despite its wealth of natural attractions. 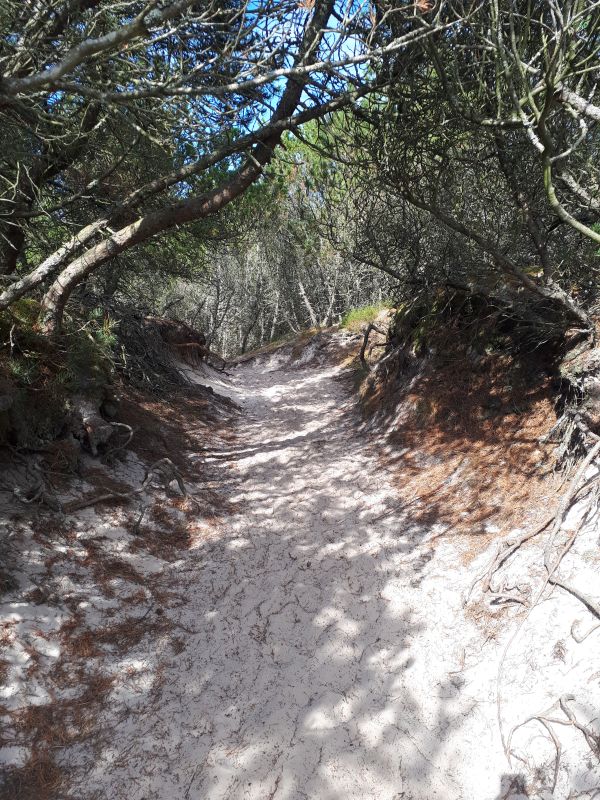 A path leads through the dunes on the way to the beach in the Słowiński National Park.Matt Day/TFN

Take, for example, the village of Stojcino, which served as my basecamp for my week in the area. Apart from the guest house run by the ebullient and generous Ewa, which I called home, there were no other traces of tourism. The village’s one solitary street was boarded on both sides with farms and small holdings with well-tended gardens packed with fruit and vegetable plots, which, I guessed, provided both a source additional income and sustenance. Tourism was not on the menu. 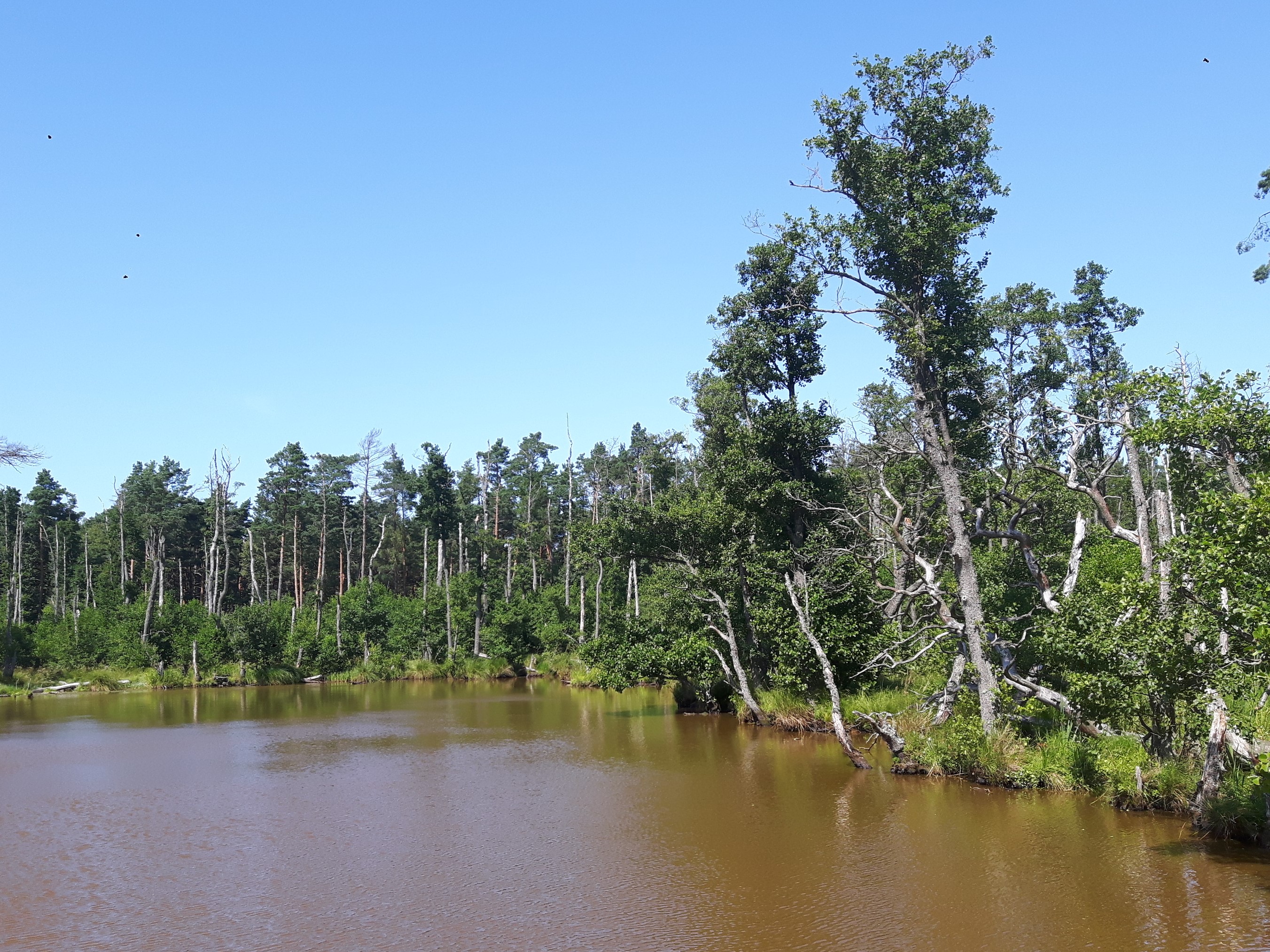 Smołdzino, the main town in the area, was a similar story. A drive through it revealed just a scattering of “room free” signs but there are no hotels or gift shops, and judging by the scruffy exterior of the ‘Disco Magic Club’ the town’s one nightspot had long since lost its sparkle.

Having said that there are tourists, and you start to encounter them as you head towards the sea. The area’s isolation means that unless you are a series walker prepared to put in the kilometres there is no easy access to the beach by foot. You either go by bike, as many do, or you drive, park your car and then walk. 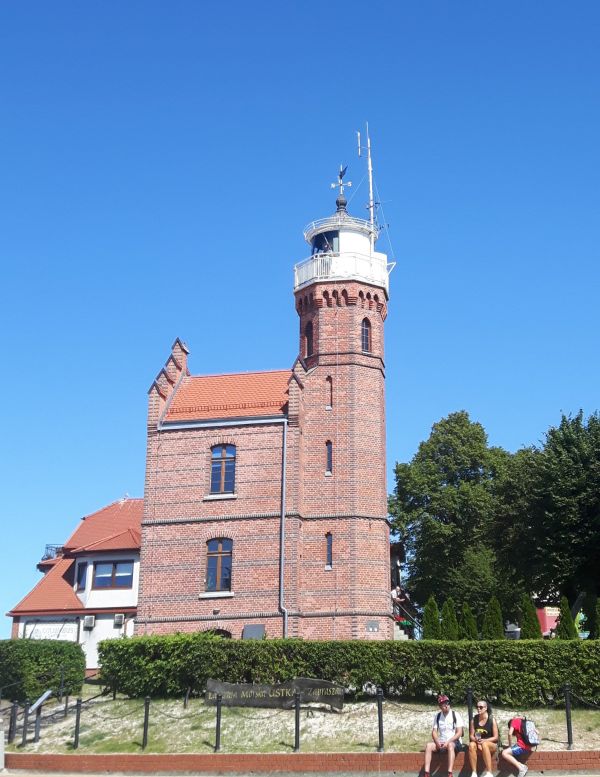 The lighthouse at Ustka offers great views of the town and harbour.Matt Day/TFN

To get to what might be a wild beach me and my family had rented some bone-shaking bikes in village of Gardna Wielka. The route to the sea took a rough track along the shore of Lake Gardno before it darted into thick undulating woodland. Now no more than a path it skirted the brown waters of Lake Dołgie Małe before coming to a halt by a large dune after twisting its last kilometre through the trees.

A sweaty scrabble over the dune got us to a beach. Stretching away into the horizon in both directions was a broad expanse of sand. Scattered across it, hundreds of metres apart were lonely and isolated windbreaks, and they were the only sign of human habitation. There was nothing else other than the wind, the sea, sand and a slightly un-nerving feeling of isolation. This was as wild as it got. Just a few days before I had been stepping over sunbathing bodies on a beach carpeted with spread-eagled people in the town of Darłówko not far away down the coast; this was the opposite end of the spectrum and it was wonderful. 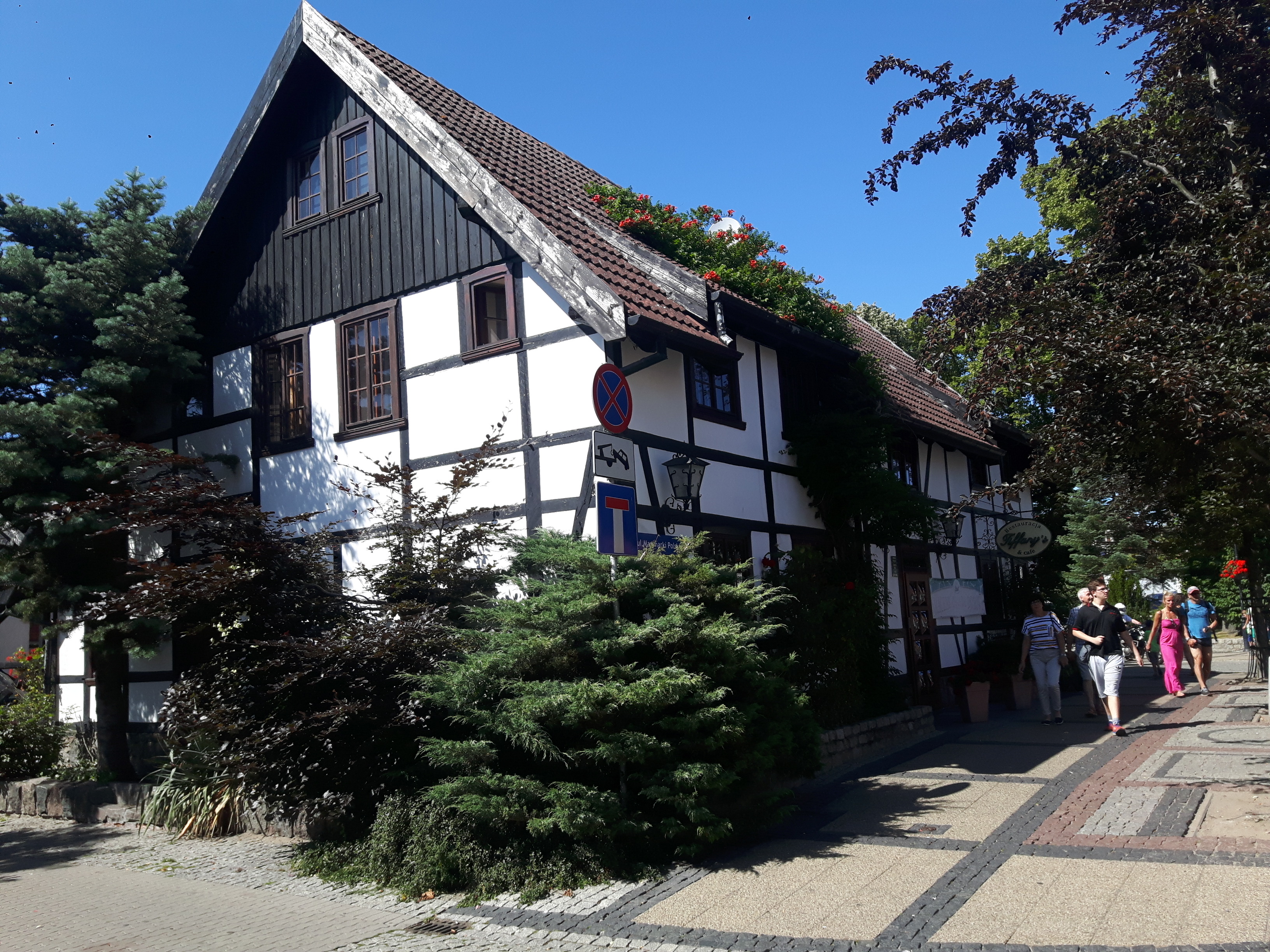 If anybody is in need of civilisation, however, it is not that far away. The port of Ustka, to the west of Rowy, comes packed with bars and restaurants but has somehow bent not too far over to accommodate the sometimes tacky and destructive trends of mass tourism.

Its buildings, many of the timber framed, have retained this historical appeal while other old buildings have been tastefully restored. A brick lighthouse on the edge of the harbour provides commanding views of the coastline. 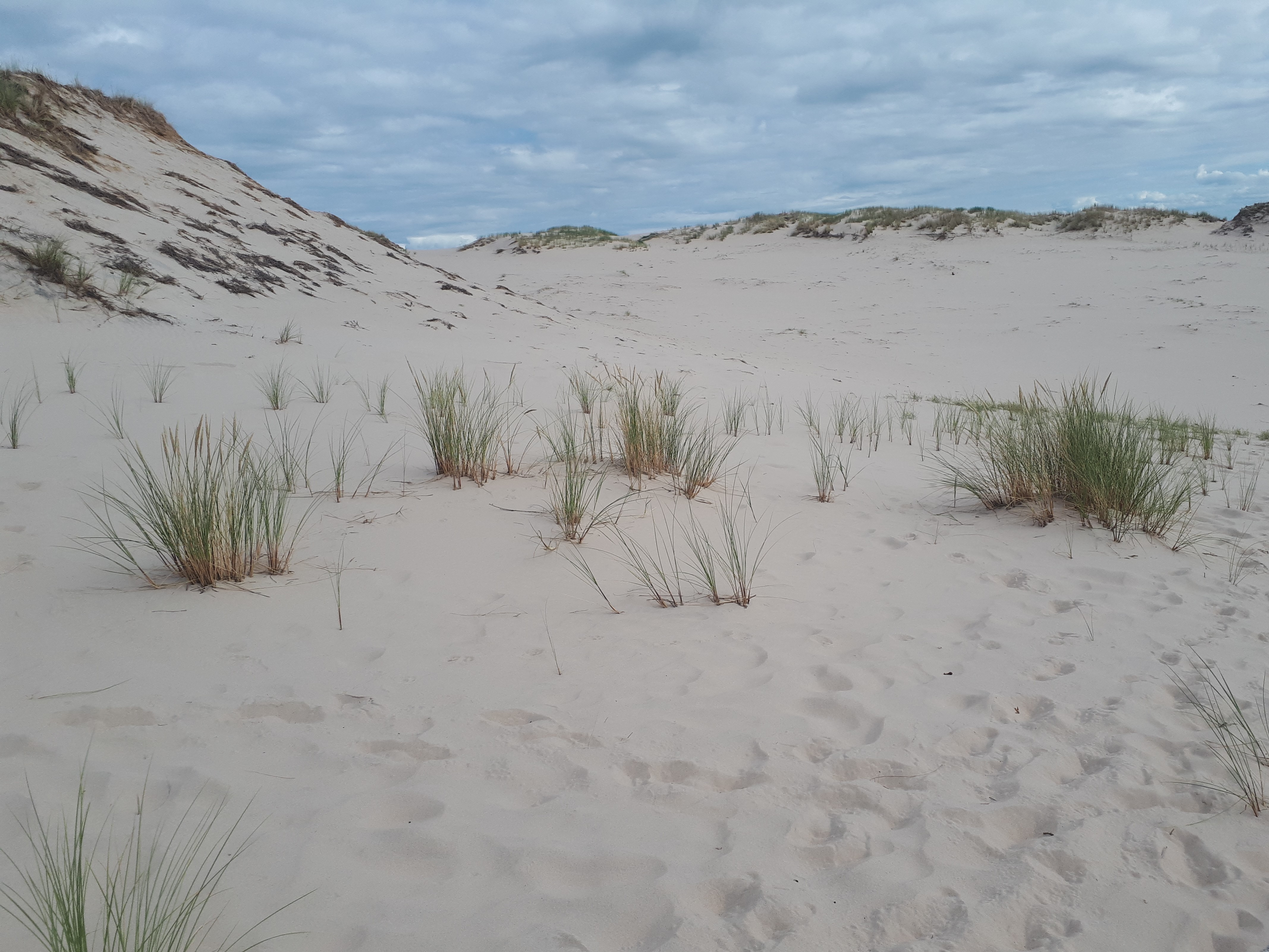 The park’s dunes give visitors a taste of the desert.Matt Day/TFN

Scattered along the coast back towards Łeba are the dunes.  The area of dunes just to the west of Łeba comprises the biggest stretch of moving sands in Europe. Shuffling eastwards up to 10 metres a year they also reach at one point the impressive height of 40 metres.

I crossed some dunes deeper in the park. Although not as large as ones by Łeba they form an impressively sandy and desolate barrier between you and the sea, and make you grateful of the flatness of the sand on the beach once you get to it. The beach, by the way, despite being on the dune tourist trail, was also happily minus people although the strong wind whipped up the sand with enough vigour to defoliate your skin. 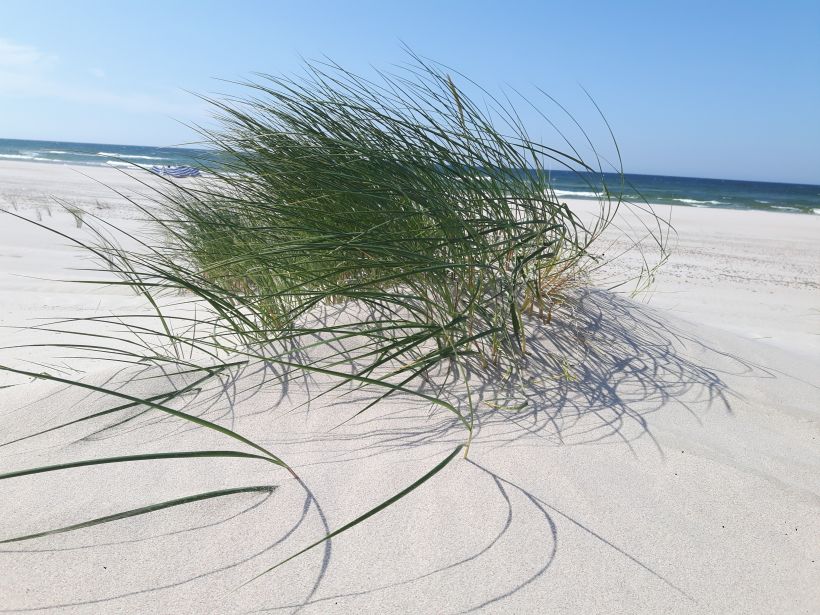 To get back to our car we had to walk about a kilometre along the beach. The walk, despite it being a hot day in the height of the tourist season, was pretty much a lonesome affair with only a handful of other tourists on the same beat. Taking a left and climbing up a steep dune you enter the woods and the wild beach is gone.

Fewer tourists travelling in Poland in May - GUS

From high life to van life! Warsaw couple trade in highflying jobs for life on the road – and absolutely love it!