A Warsaw café is serving up hope for a better future by providing work for the homeless and people with learning difficulties.

Set up four years ago in the capital’s Praga district The Red Bike Kitchen (Czerwony Rower Kuchnia) has become a popular local joint proving its motto “you can help by eating” works. 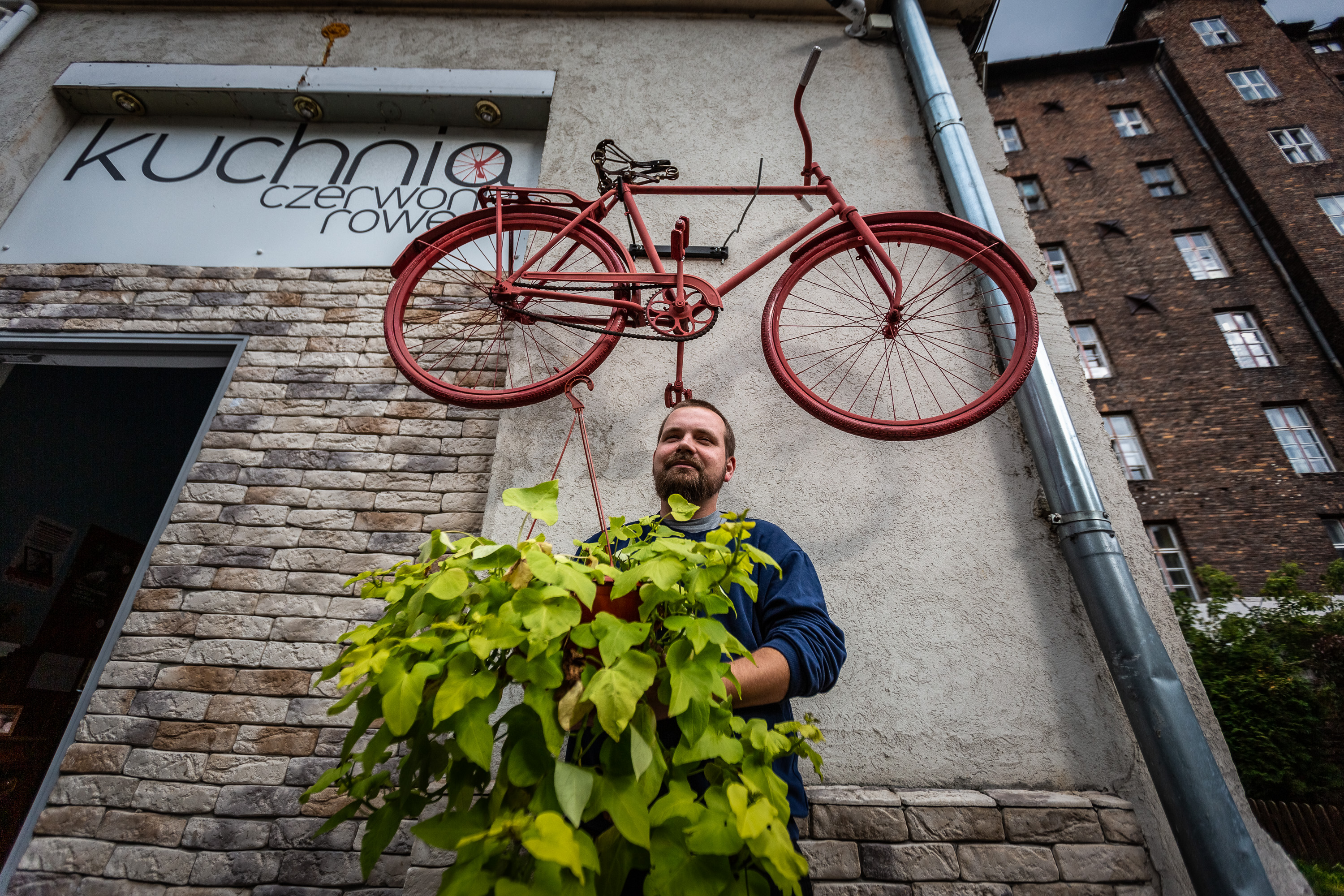 The café opened its doors for business in 2015.Kalbar/TFN

The café, which offers customers a selection of healthy home-cooked meals, is part of the Open Door (Otwarte Drzwi) charity, which also works with people fulfilling community service obligations.

“Before the Red Bike Kitchen there was a homeless food kitchen and we decided as an organisation to change to a commercial café that could give people skills but also make money for the organisation and help fund projects,” Tomasz Ganko, an Open Door association employee, who is also blind, told TFN. 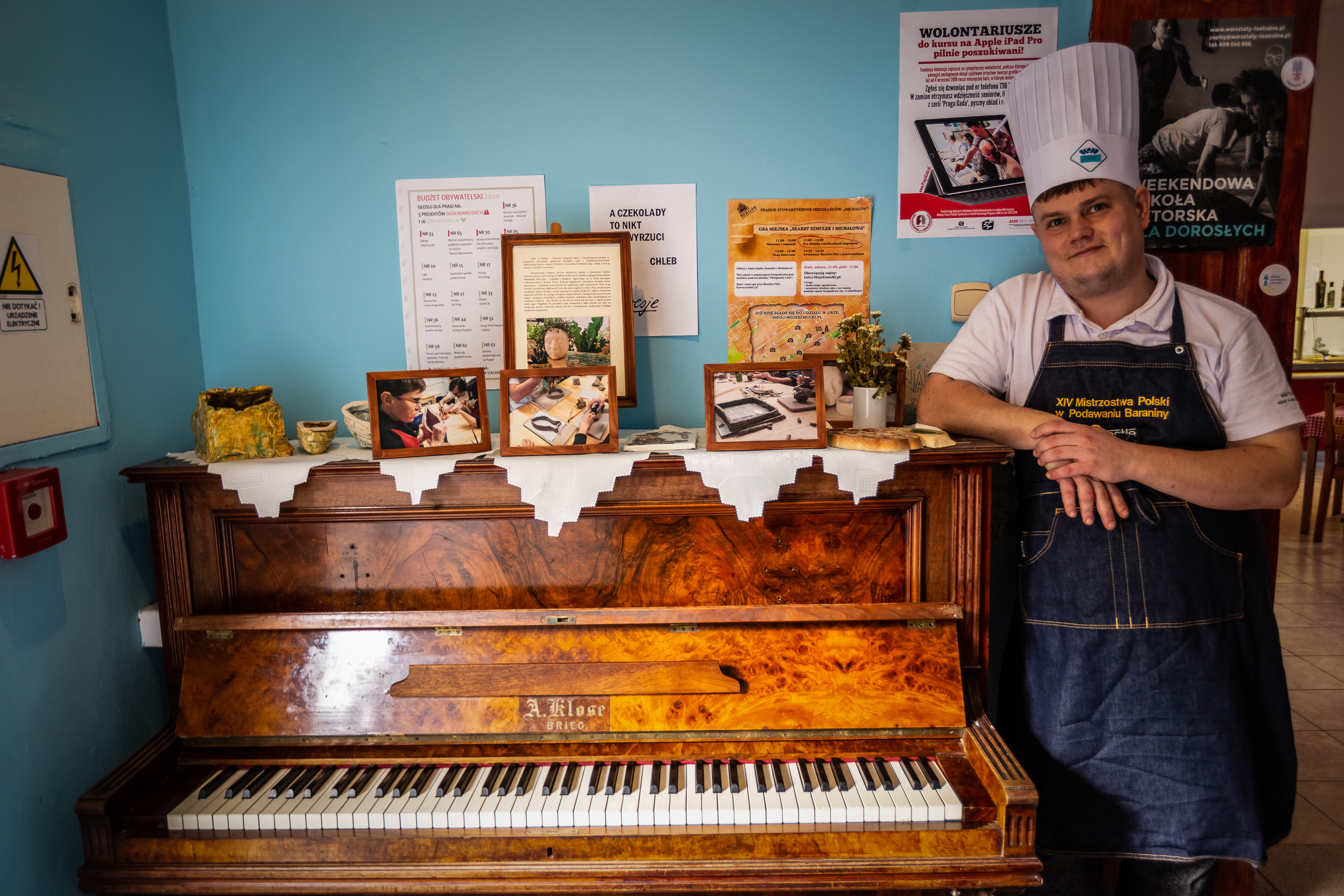 The café got its name by a simple vote by the staff at the charity, with the bike representing the healthy lifestyle that they wish to promote. The café always offers vegan and vegetarian dishes. Jakub Grotowski, another person working at the café, said that he felt a lot of their customers were empathetic people who were more likely to be vegan. 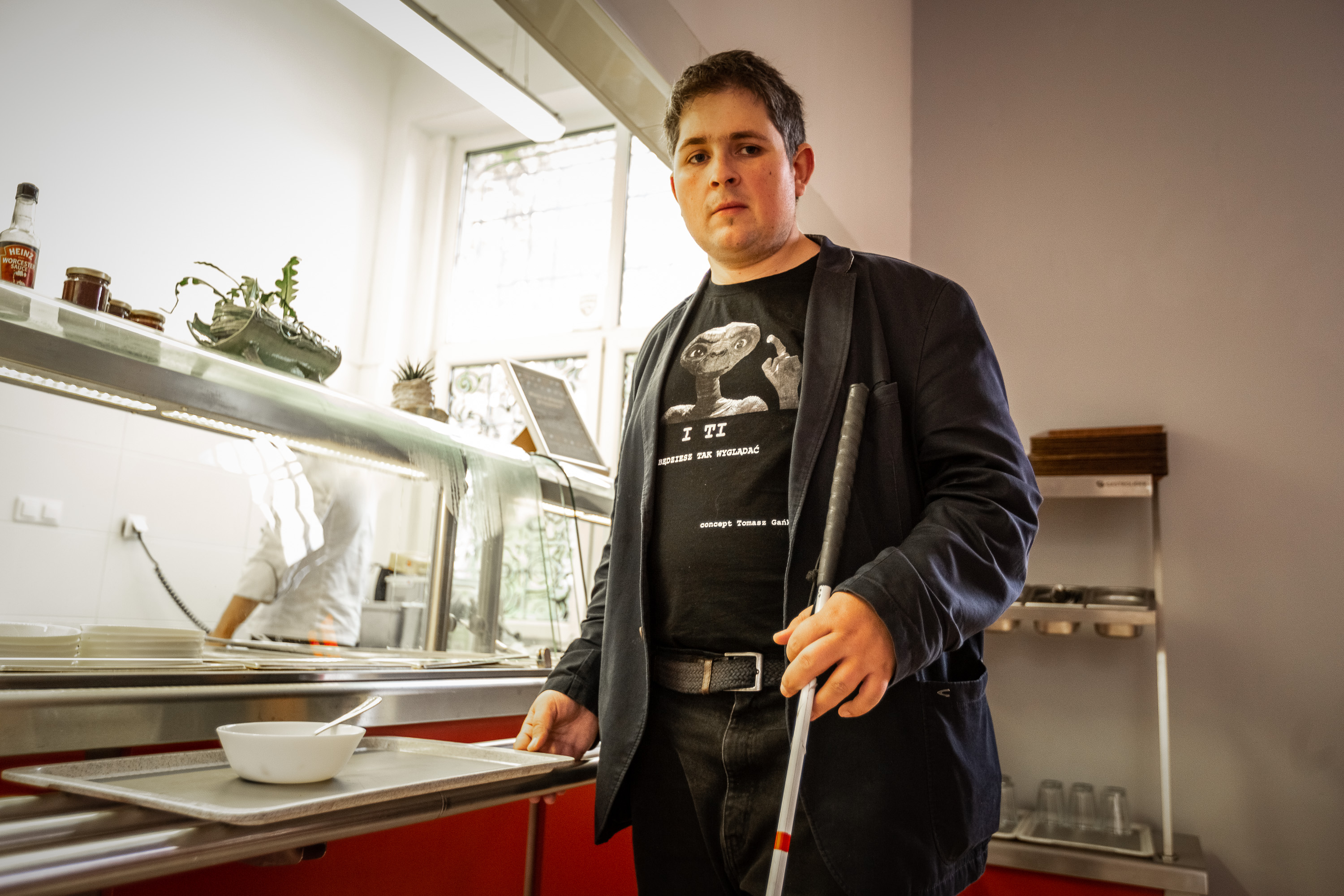 “Before the Red Bike Kitchen there was a homeless food kitchen and we decided to change it to a commercial café that could give people skills,” says Tomasz Ganko.Kalbar/TFN

Grotowski, who has worked for the Open Door association for six years, told TFN that it hasn’t always been plain sailing, in fact they had and continue to have many problems with people they try to help.

“We have a strict no drugs or alcohol policy,” he said. “But many of those we try to help break this rule and we must make them leave our kitchen.” 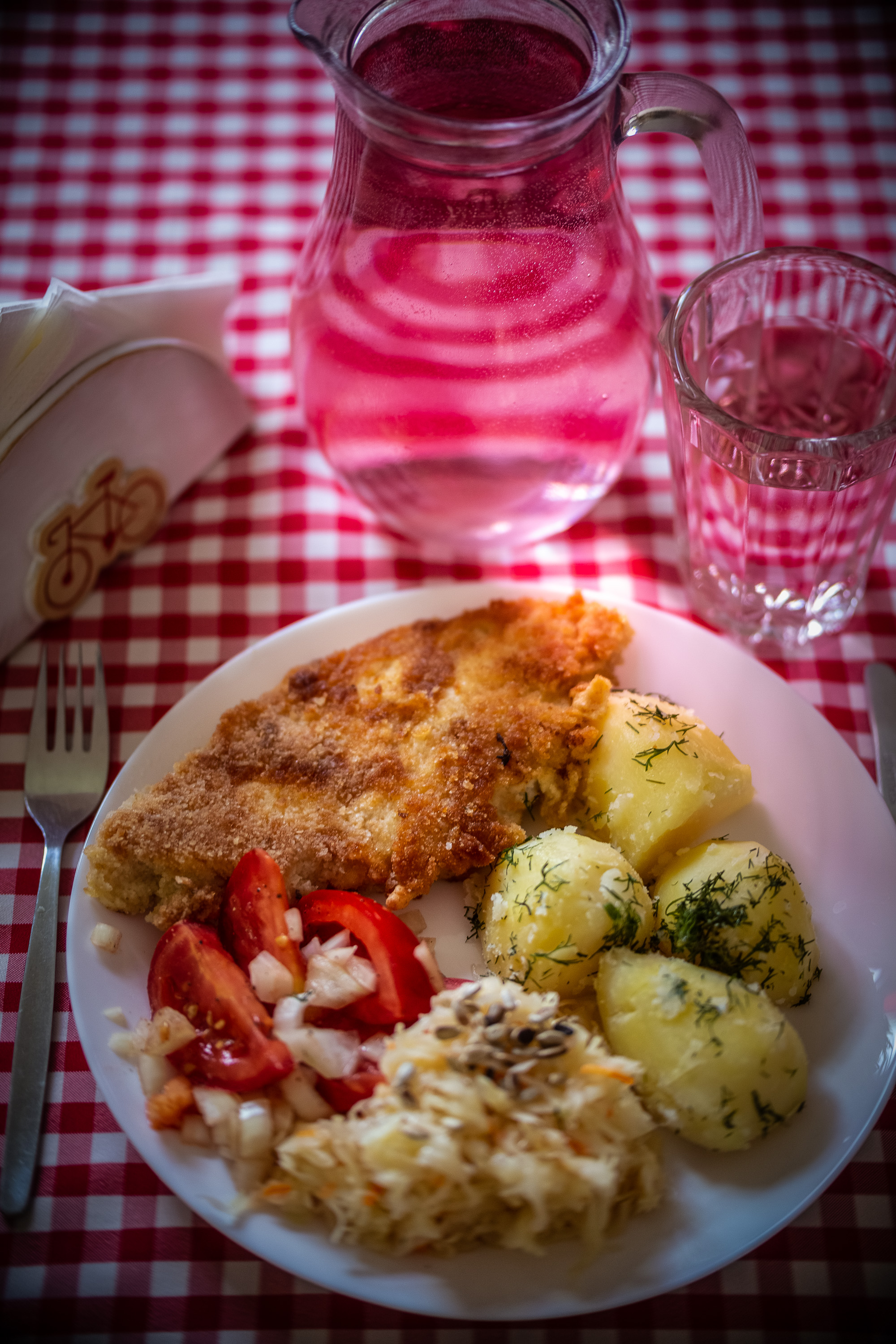 The food in one of the reasons people come in.Kalbar/TFN

Ganko explained that initially locals were resistant to the idea of having the café and the type of people they were seeking to help in the neighbourhood but over time they warmed to it and now many are daily customers.

Everyday a staff of six led by Wojciech Balia Balicki, the head chef, work in the café’s kitchen. Many previous employees have gone on to use the skills they learnt there to find gainful employment elsewhere. There is no defined program or length of time a participant must stay at the café but the staff are always happy to see people move on to better things. 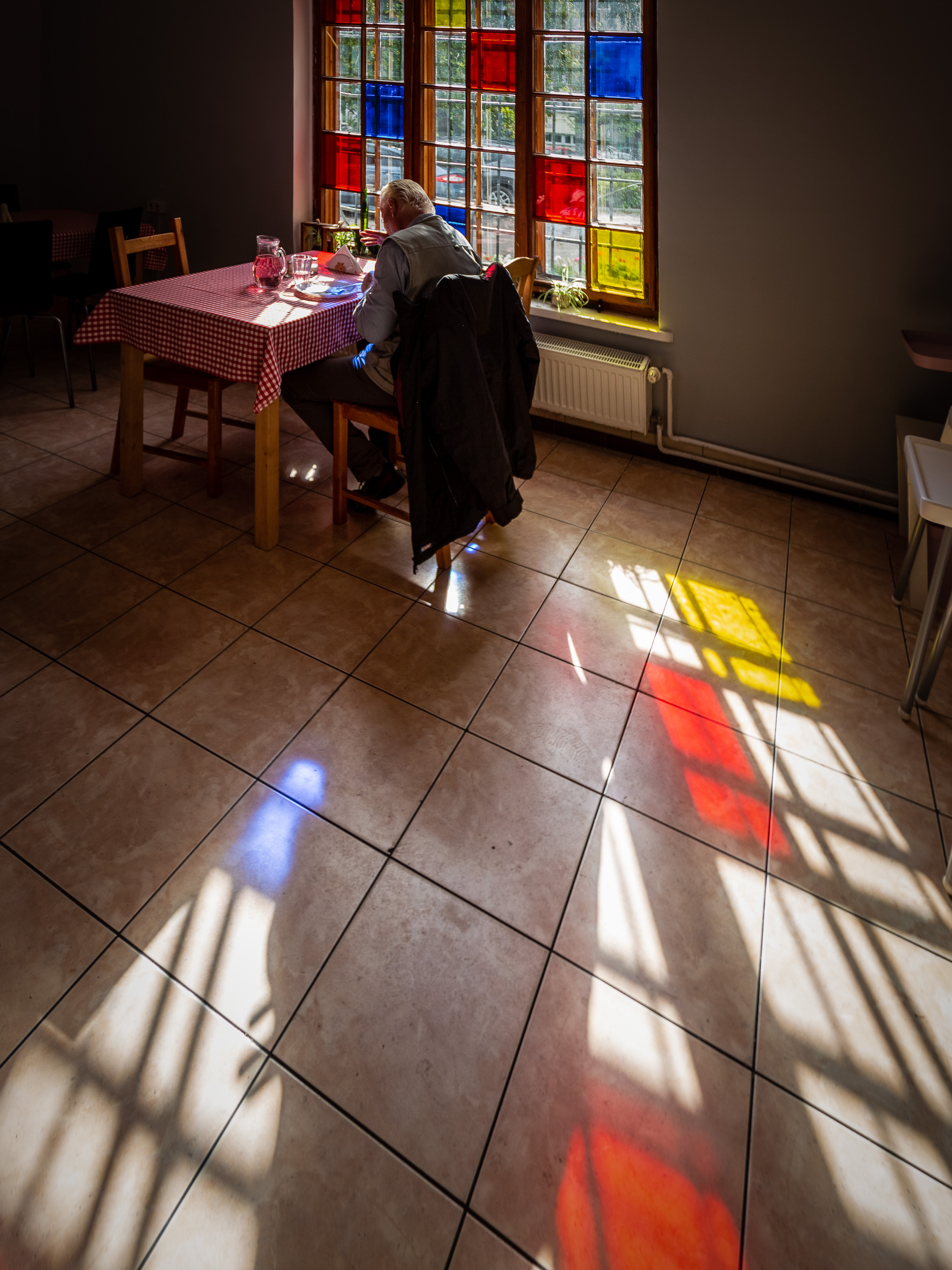 When it first opened locals were a bit suspicious of the café but now it has become part of the local fabric.Kalbar/TFN

“I had trained to be a baker before my life went off the tracks,” said Tomek, a chef at the café. “I had some of the skills I needed to work in the kitchen but Chef Wojciech Balia Balicki really helped me turn my life around. He gave me back my pride and purpose in life. 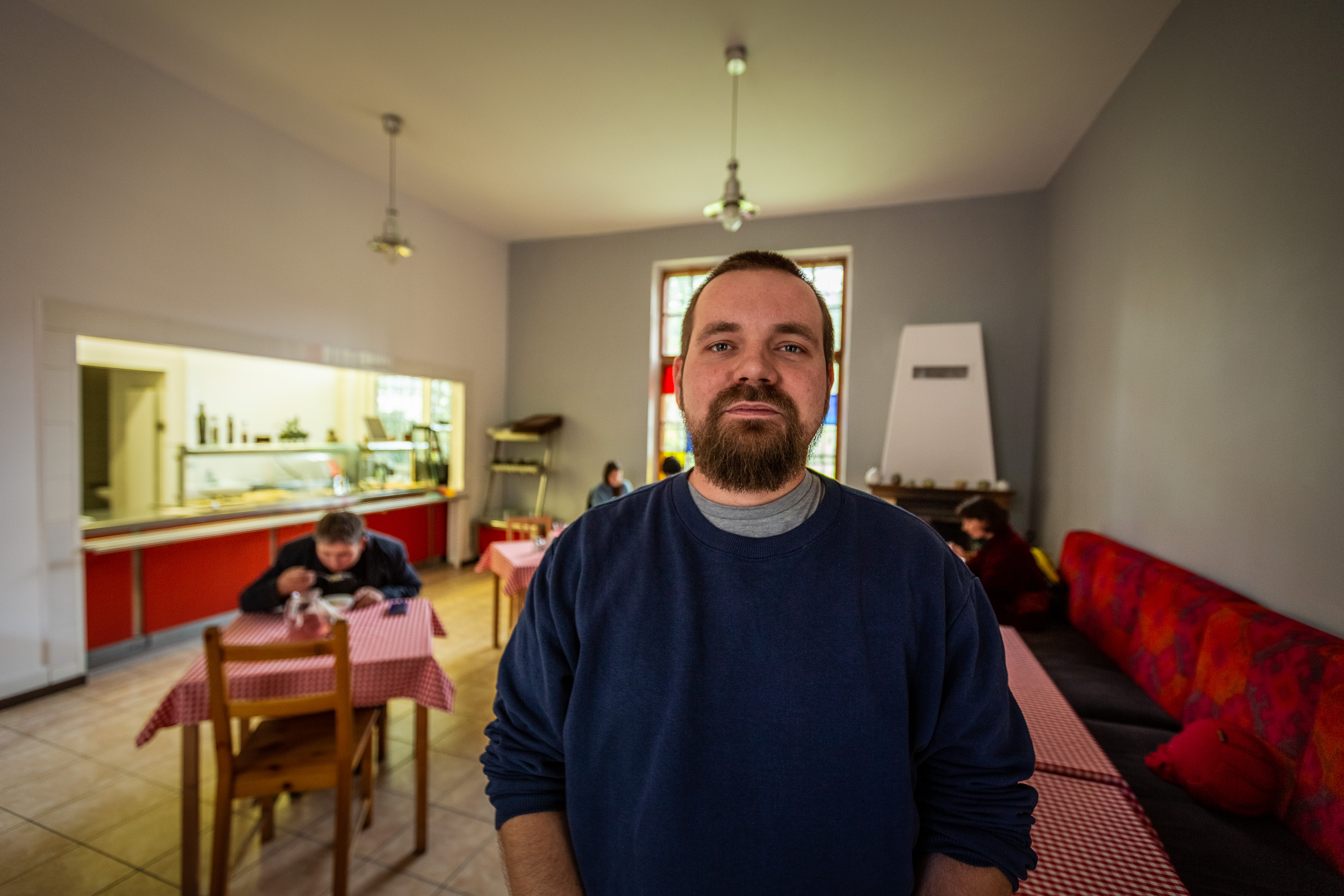 “We have a strict no drugs or alcohol policy,” says Grotowski. “But many of those we try to help break this rule and we must make them leave our kitchen.”Kalbar/TFN

“Now with the help of the staff at the Open Door association I will have my own flat,” he added. “I was homeless for seven years, I was drifting and now I hope to encourage others to follow my path.”

The café may have only been open for a few years but the association has been gaining praise for its work across Warsaw with disadvantaged people for many years. 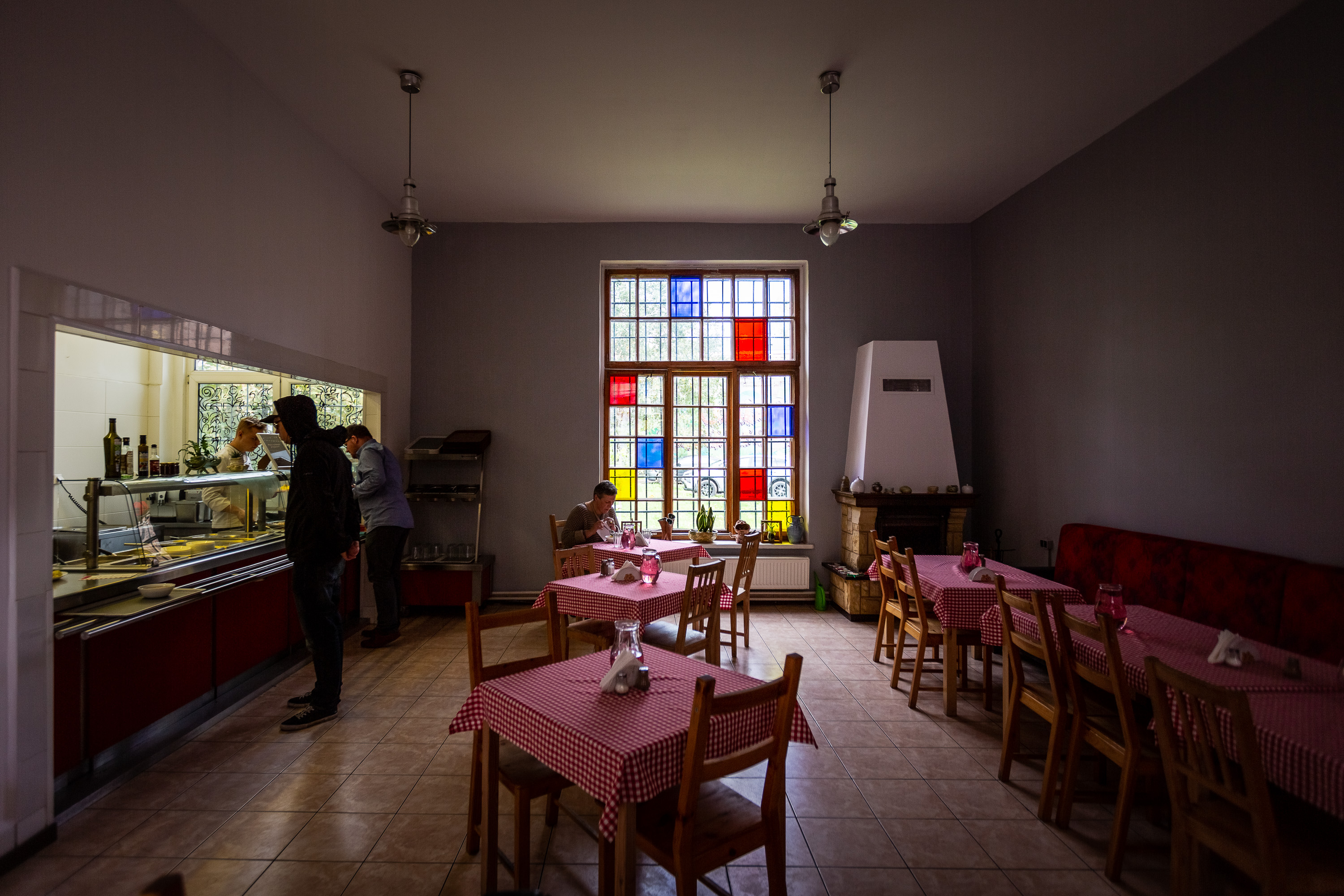 Six people work in the café serving food and drink.Kalbar/TFN

Lech Kaczyński, the late president, praised the association when he was mayor of Warsaw, saying it was “one of the most important partners of the Office of the Capital City of Warsaw.”

Only one in six Poles over the age 60 works - analysts