From Mocca to Melange, and from Kleiner Bauner to Einspänner – a pop-up café is bringing Viennese coffeehouse culture to Warsaw. Organised by the Austrian Cultural Forum at its headquarters on Próźna Steet, the “Café Europa” provides a space for culture, debate or to linger over a newspaper – as the Kaffeehaus has done in Vienna for over a century.

The Austrian capital is known for its coffeehouses, which range from ornate ones like Café Central (a magnet for 20th-Century personalities from Freud to Trotsky) to humbler establishments.

According to legend, coffee was introduced to Vienna by 17th-Century nobleman Georg Franz Kolschitzky (a German spelling of Jerzy Franciszek Kulczycki) using beans left behind by the Ottoman Turks as they retreated from the city in 1683.

The coffees carry names that can be impenetrable to outsiders. A Mocca is a small black coffee. A Kleiner Brauner is the same with a dash of milk or cream (order a Großer Brauner for a double). As its name suggests, a Melange is a mix of coffee and frothy milk. The Einspänner is a strong black coffee topped with whipped cream.

These are being served at the “Café Europa” in Warsaw, which runs from October 17 to 26, the Viennese way – on a metal tray with a glass of water. There are also freshly-baked cakes, including Sachertorte and Apfelstrudel.

Organised with Vienna’s Café Korb, the pop-up serves coffee from another Viennese institution, Julius Meinl, which has been roasting it since 1862. Traditional details include bentwood chairs and coat stands, along with newspapers fixed to wooden rods. 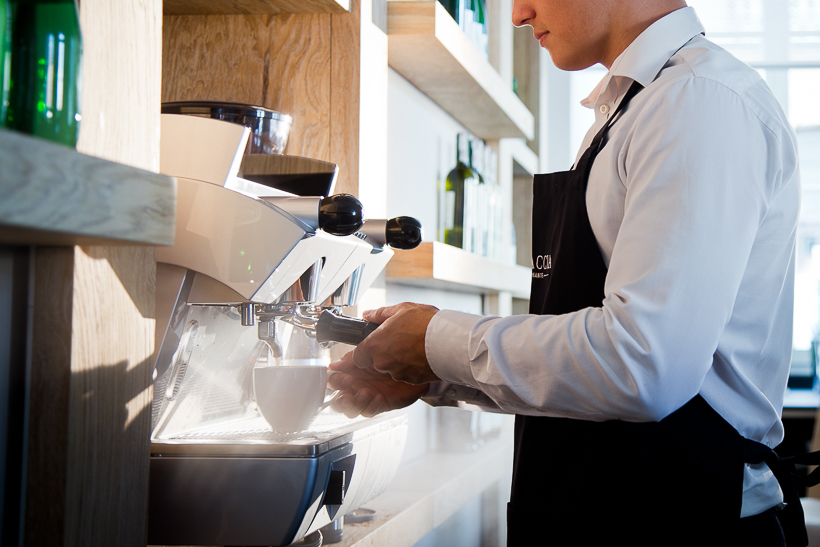 A Mocca is a small black coffee. A Kleiner Brauner is the same with a dash of milk or cream (order a Großer Brauner for a double). As its name suggests, a Melange is a mix of coffee and frothy milk. The Einspänner is a strong black coffee topped with whipped cream.Kalbar/TFN

“The coffeehouse has its roots in Vienna – but also in other European cities. It is a common European denominator,” Ruper Weinmann, director of the Austrian Cultural Forum, told The First News in an interview.

In Warsaw since 1965, the Forum (initially called the Austrian Cultural Institute) was the first institution of its kind to be established behind the Iron Curtain. From the start, it has been based on the historical Próźna Street.

Over fifty years later, the Forum continues to offer a lively calendar of events in Warsaw and around Poland, from exhibitions to concerts.

“We present a modern image of Austrian culture, based on various forms of creativity, including dance, design and literature,” said Weinmann.

Drawing on the Viennese coffeehouse’s heritage as a cultural venue, the Forum is hosting several events during the pop-up café, including a cabaret evening, a piano concert and a panel discussion entitled “The Danube – river of memory”.