There’s more to Bydgoszcz than just wacky odds and ends. More prosaic attractions are unmasked while prowling the old town.

If, per chance, you’re one of those oddballs that studies for pub quizzes, then you could do a lot worse than remembering this little nugget: “To which town, beginning with B, did the father of J.D. Salinger send him in order to learn about the meat industry?” The answer might surprise you, for it’s not Bamboozled, Tennessee, nor is it Behind You, Alabama. Rather, something a little more unexpected – Bydgoszcz, Poland.

The story is thus. Having dropped out of college, the celebrated author was dispatched out to Poland by his exasperated dad in order ‘to learn the mysteries of the ham trade’. While deeper details remain thin on the ground, one biography recalls how his time toiling in a Bydgoszcz slaughterhouse was often enlivened by his boss taking potshots at sparrows, lightbulbs and unfortunate employees. Wisely somewhat, the youthful Salinger opted against pursuing this career further, and within fourteen years would become a household name thanks to his seminal work The Catcher in the Rye.

Although Salinger’s time in Bydgoszcz was fleeting, it’s by no means been forgotten, and in 2012 a plaque marking the former site of his place of work was unveiled on the wall of the city’s Focus mall. In many ways, it’s mere existence serves to typify the town: perceived by many as a dull B-grade place in the back of beyond, what actually transpires is a compelling municipality filled with an abundance of quirks. Where else, for instance, would you find a museum dedicated to Soap and the History of Dirt.

It’s in here, under the direction of eccentric, lab-coated staff, that visitors file past ancient bathing equipment, all the while listening to quickfire anecdotes about grisly lavatory habits – the French, we’re assured, were in a league of their own when it came to sloppy hygiene. Of course, neither do the guides shirk from Poland’s own substantial role in strange bathroom behavior and tours conclude in a full-scale diorama of a standard commie toilet: filled with ageing newspapers (utilized when the bog paper ration was exhausted), and lethal-looking bathroom appliances, it’s with a sense of glee that we’re told how many of the locals would add ‘flavor’ to their milk by adding a lively pinch of washing powder. 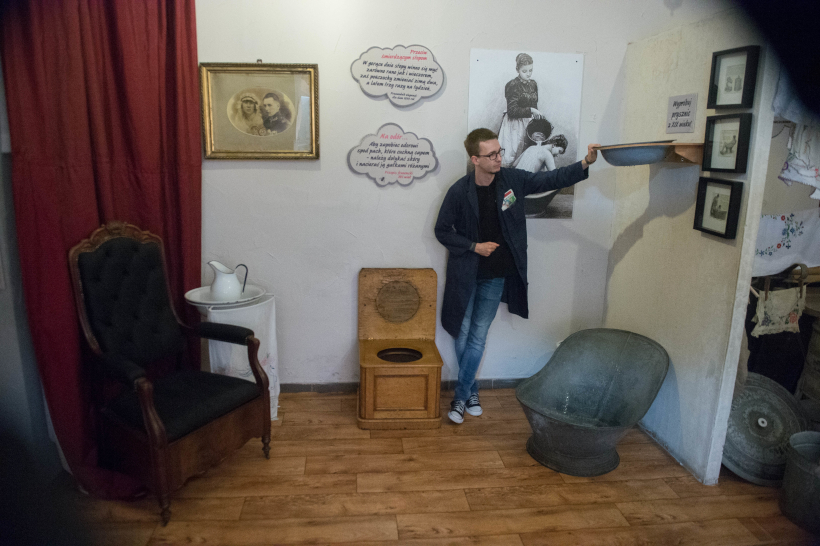 Under the direction of eccentric, lab-coated staff, visitors to the Soap museum file past ancient bathing equipment while listening to grisly toilet habits
(The First News)

Equally fascinating and unforeseen is the Exploseum, an out-of-town complex of Nazi era concrete. Hidden in thick woodland on the city’s south-easterly fringe, this top-secret munitions factory is estimated to have produced 30% of the ammunition fired on the Eastern Front during WWII, and the trail snakes through echoing halls packed with exhibits documenting both the story of the plant and the grisly evolution of weapons technology. Interesting as these exhibits are, it’s the eerie atmosphere that makes the biggest impact: walking through cavernous chambers, tight tunnels and dense vegetation, it’s impossible not to be struck by the sinister undercurrent and long, heavy silence. 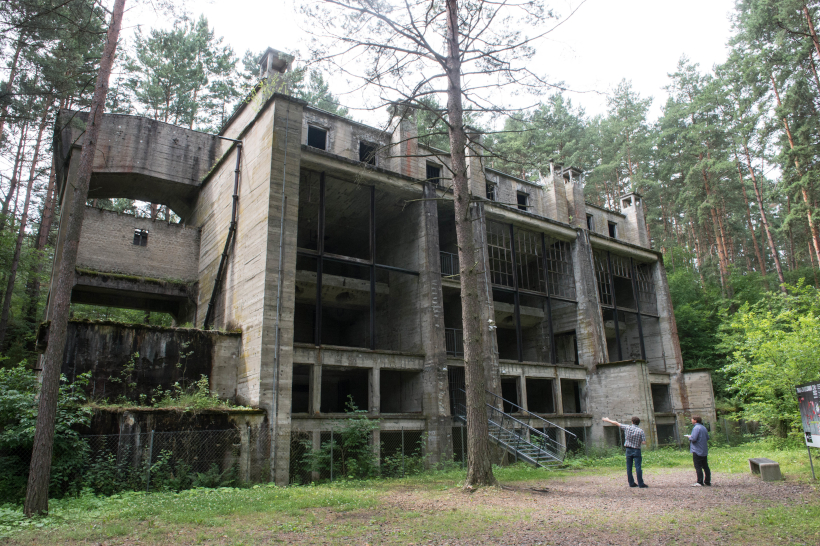 Hidden in thick woodland lies the top secret Nazi Exploseum, a munitions factory producing 30% of the ammunition fired on the Eastern Front
(The First News)

Having experienced the gloom of the Exploseum, seek light relief back in the bosom of the old town. Lined with Art Nouveau tenements, many divulging ghoulish gargoyles and Neo Gothic details, it’s perhaps a more recent addition that’s become the best-known. Each day, crowds gather outside the townhouse at Rynek 15 to watch a creaky, metal figure roll out from an upper-floor nook before taking a bow to musical accompaniment. That’s Pan Twardowski, a fabled sorcerer that allegedly visited Bydgoszcz back in 1840. Having made his debut in 2006, the creepy-looking mechanical version emerges twice a day, first at 1.13 p.m., and then once again nine hours later.

But there’s more to Bydgoszcz than just wacky odds and ends. More prosaic attractions fall thick and fast and these are fully unmasked while prowling the old town. Set in a meander of the Brda River, and slashed by canals and waterways, Mill Island is the most notable of these, with generous EU funding leaving it sprinkled with art installations, immaculate greenery, illuminated fountains and burbling water features that glimmer in the sun. Once derelict and decaying, cross-timbered millhouses have been kissed back to life to return as galleries, museums and cultural institutions. Walking amid it all, you sense an ambitious city of confidence and swagger. 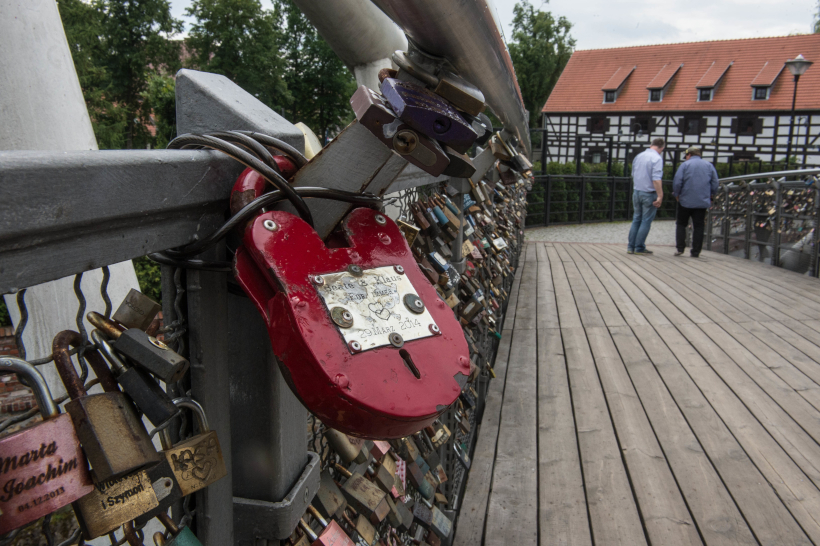 Bridge of love laden with padlocks
(The First News)

It’s fitting, therefore, that the town’s most photographed landmark reflects this mood so well. Set parallel to Jerzego Sulimy-Kamińskiego Bridge, Bydgoszcz’s defining icon happens to be a sculpture of a muscly tightrope walker poised above the water. Unveiled on May 1st, 2004 to celebrate Poland’s membership of the EU, the naked hunk’s message feels pertinent and apt: “Don’t Look Back”. Drinking in the vibe you get the idea that the city certainly hasn’t.

Sandomierz, a magical town full of beauty and mystery

Wish you were here? With staycations becoming the new ‘new thing’ TFN takes a look at what Poland has to offer - and it’s a lot!

To build or not to build? Plans for cable car across Vistula River strain tensions amid concerns it could devalue Warsaw’s Old Town views