A bust of WWII hero General Władysław Anders has been unveiled at the National Army museum in London, the first time a Polish general has been honoured in this way by a British Museum.

Standing 1-metre tall, the solid bronze bust by renowned sculptor Andrzej Pityński was unveiled this morning following a fundraising campaign launched last year to have the sculpture become part of the museum’s new permanent exhibition of the Allies’ Italian Campaign, in which Anders played a crucial role. 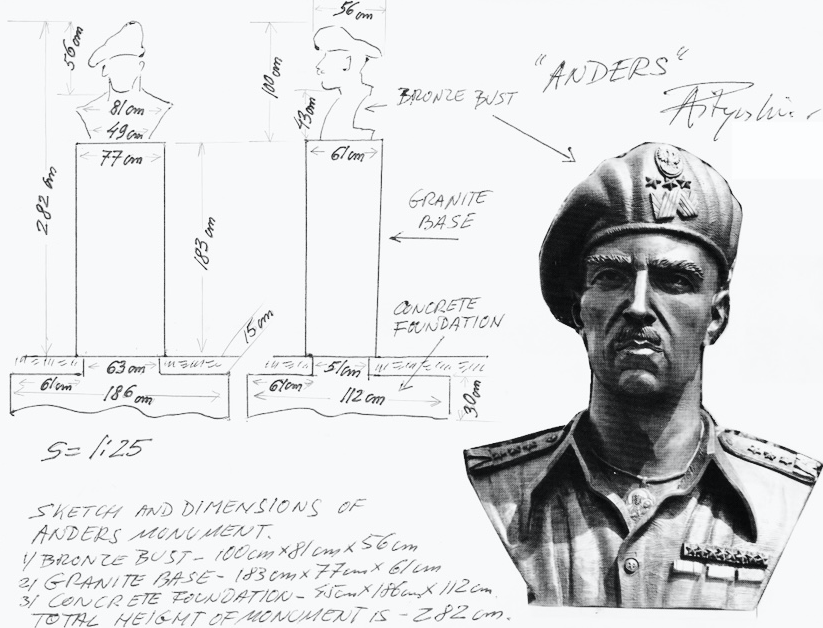 World renowned sculptor Andrzej Pityński was commissioned to design the bust after a fundraising campaign was launched by General Anders’ daughter Anna Maria Anders,  Polish Ambassador to the UK Arkady Rzegocki, and online portal British Poles, with support from the General Anders Institute in Lublin and the John Paul II Treasury Foundation in Bydgoszcz. Andrzej Pityński

Specially commissioned to create a design for the bust, Pityński agreed to waive his fee, considering it his patriotic gift out of respect for the General.

Completing it shortly before his unexpected death in September 2020, the monument marks his historic last work. 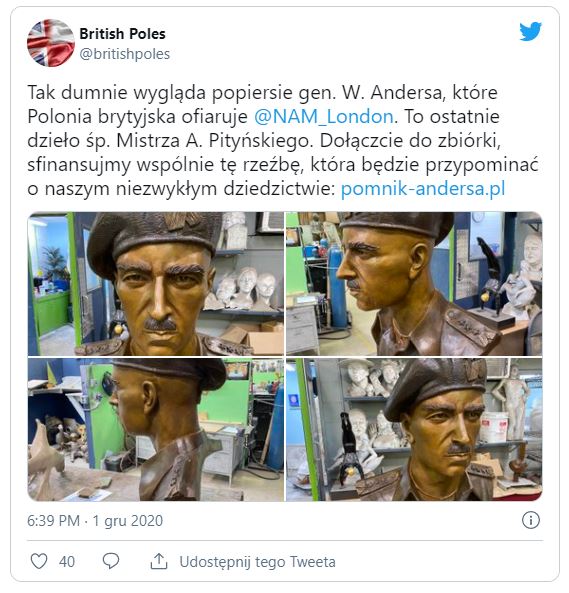 Director of the National Army Museum Justin Majewski, whose father served in Anders’ army, told the British Poles website: “The history and heritage of Polish soldiers who fought in Italy, constitutes the most valuable part of the shared army heritage of Great Britain and Poland.

“So many soldiers of the Polish II Corps, for reasons beyond their control, had to build their futures in Great Britain.

“As the son of one of these soldiers, I believe that having such a bust on permanent as part of a permanent museum display will be something unique.” 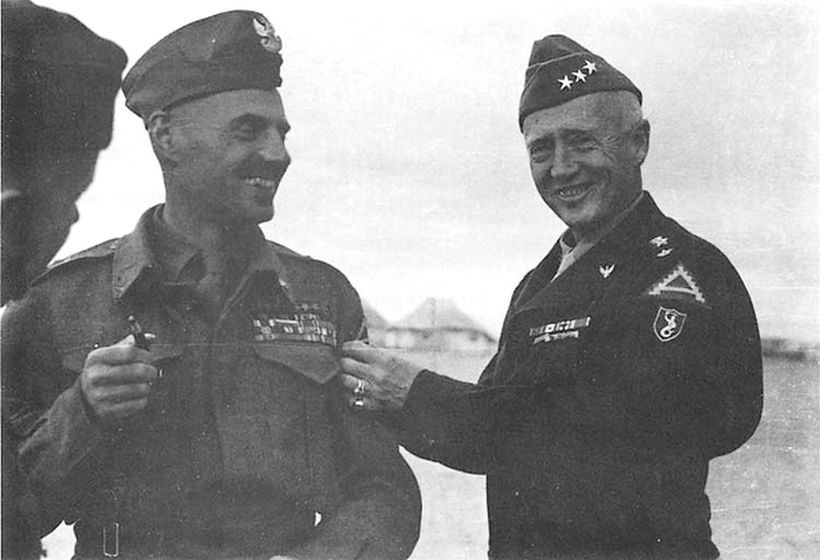 As the General of the Polish II Corps, which fought under British Command, Anders helped to secure an important victory for the Allies in Italy at the Battle of Monte Cassino in 1944.

Considered one the fiercest battles of WWII, after ferocious fighting Anders’ troops managed to take the summit of Monte Cassino and captured the monastery.

In the fighting 923 Polish soldiers lost their lives, 2,931 were wounded and 345 were listed as missing in action. 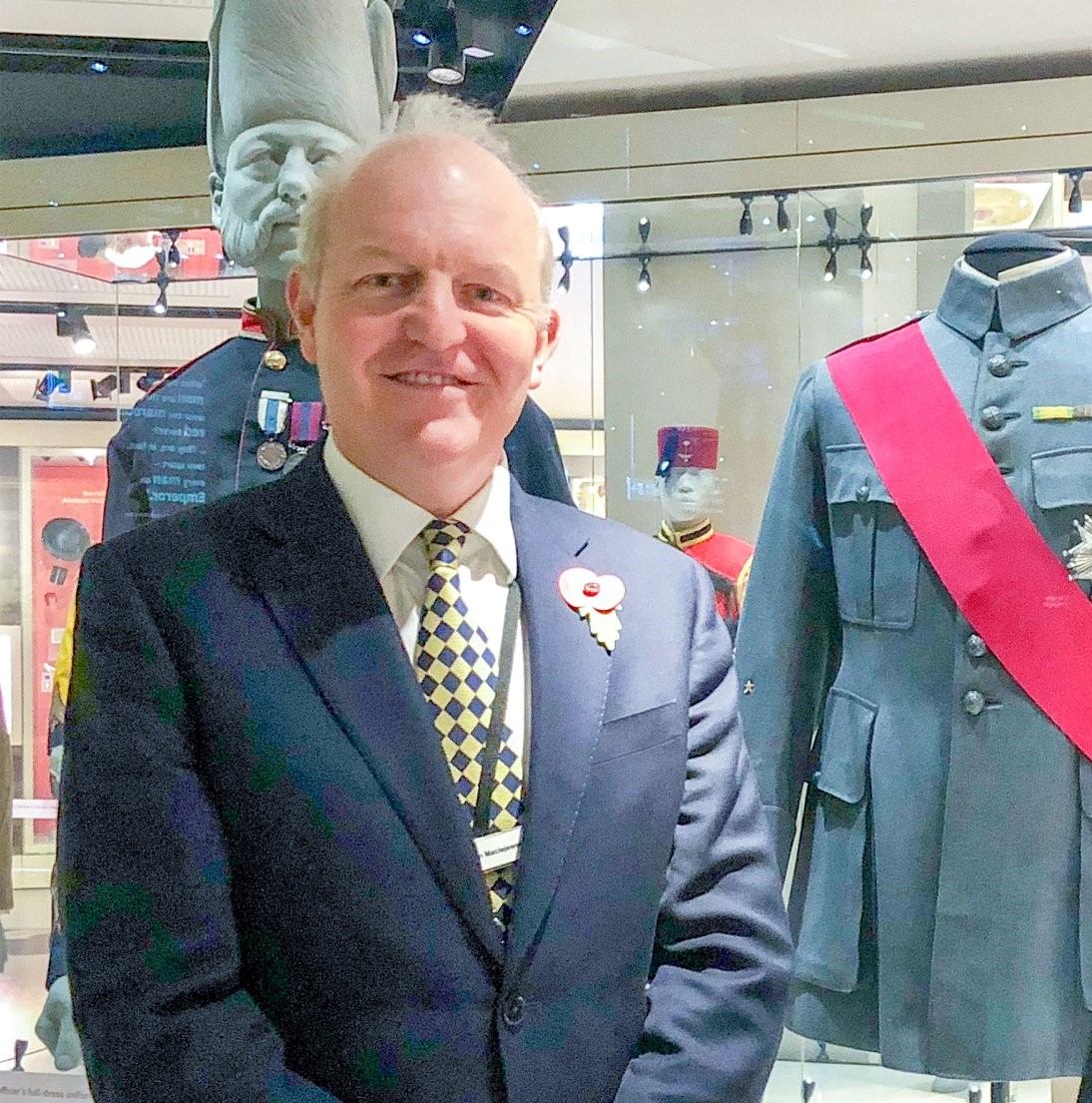 Director of the National Army Museum Justin Majewski, whose father served in Anders’ army, told the British Poles website: “The history and heritage of Polish soldiers who fought in Italy, constitutes the most valuable part of the shared army heritage of Great Britain and Poland. Facebook

A few days later, and because of the Anders’ army, allied troops were able to break the Gustav Line enabling American troops to enter Rome on June 14th.

Today’s unveiling ceremony was attended by General Anders’ daughter Anna Maria Anders and was followed by a panel discussion entitled ‘The Anders Army: Service and Legacy”. 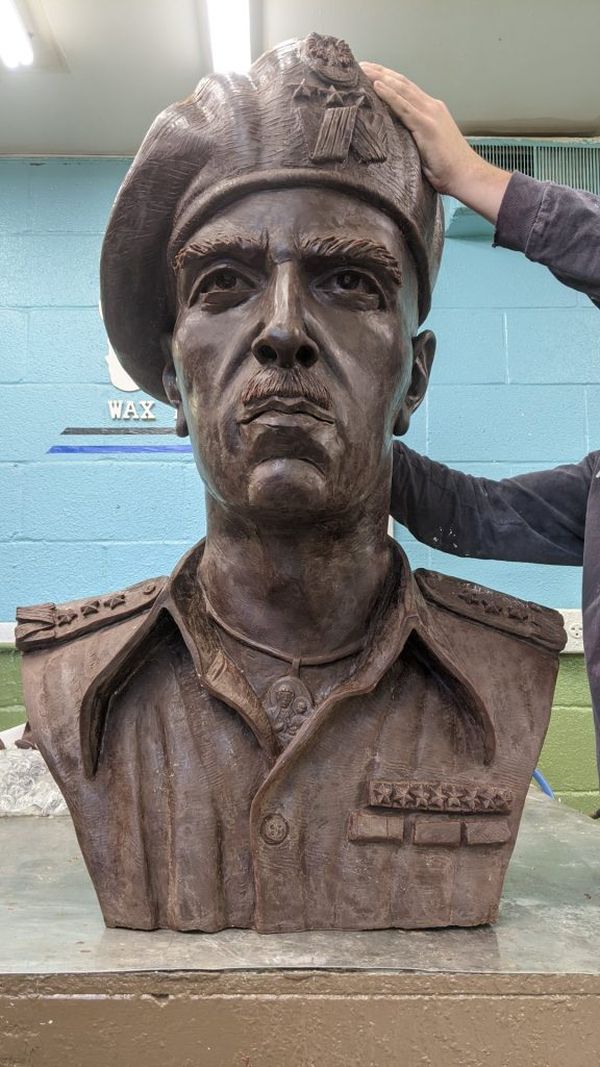 The sculpture will become part of the museum’s new permanent exhibition of the Allies’ Italian Campaign. Anders Institute 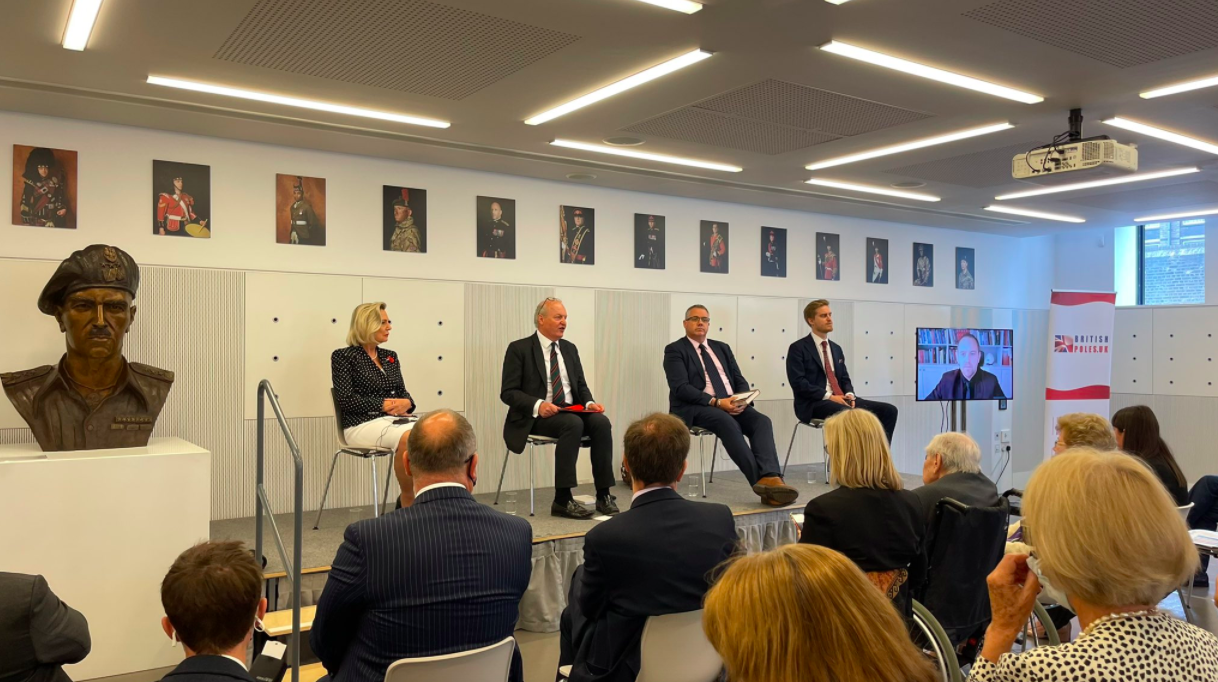 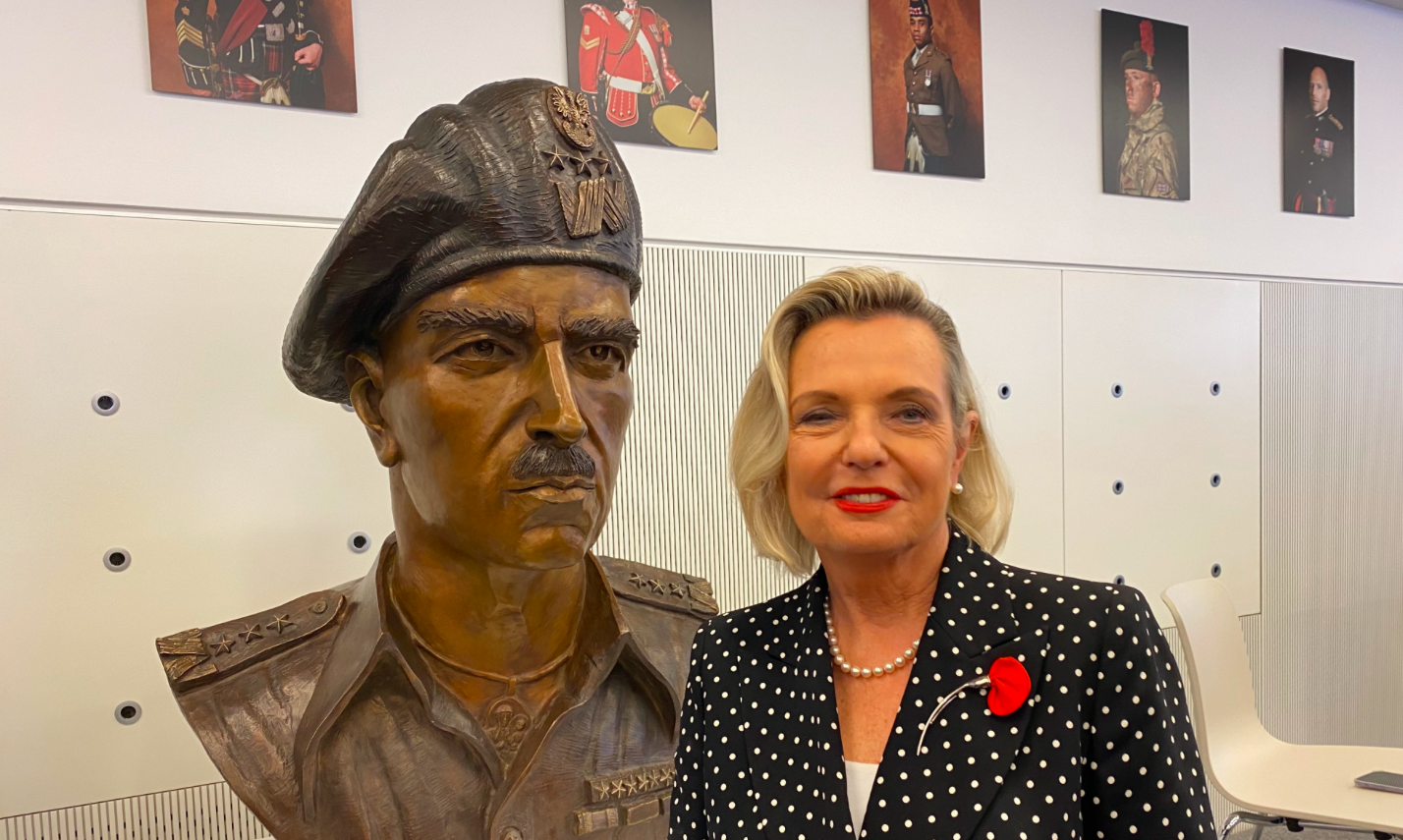 Anna Maria Anders beside the bust of her fatherBritish Poles 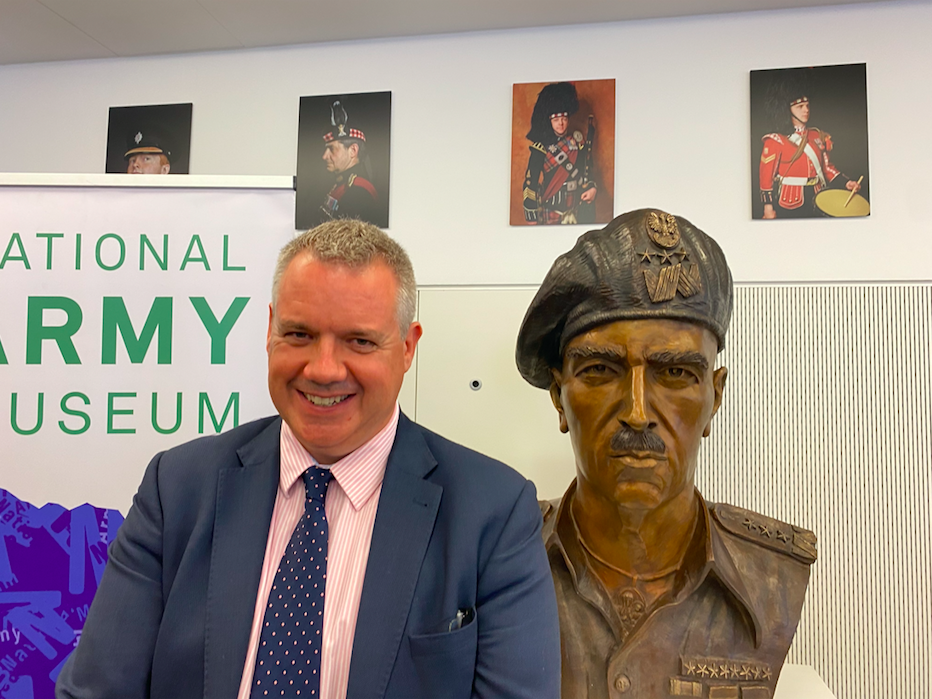 Historian Roger Moorhouse beside the bust of General AndersBritish Poles 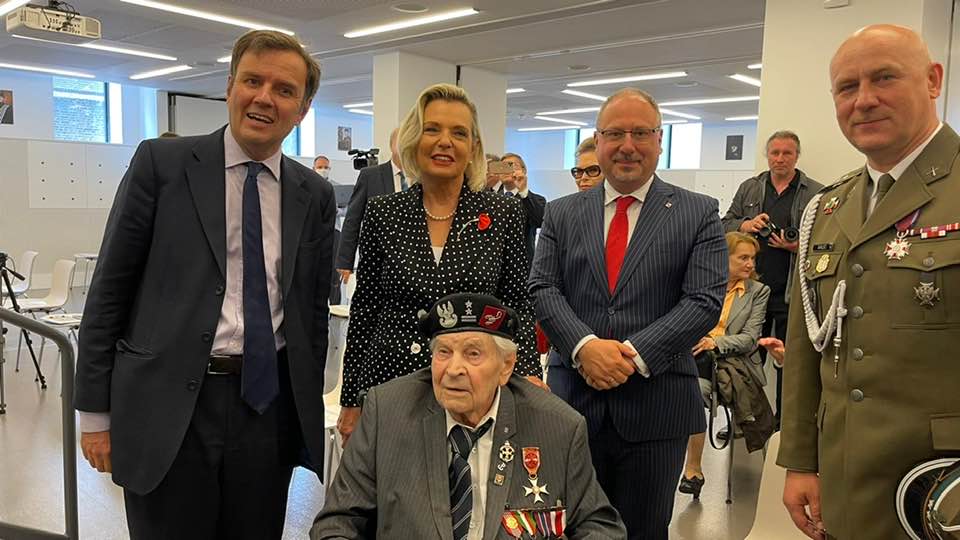 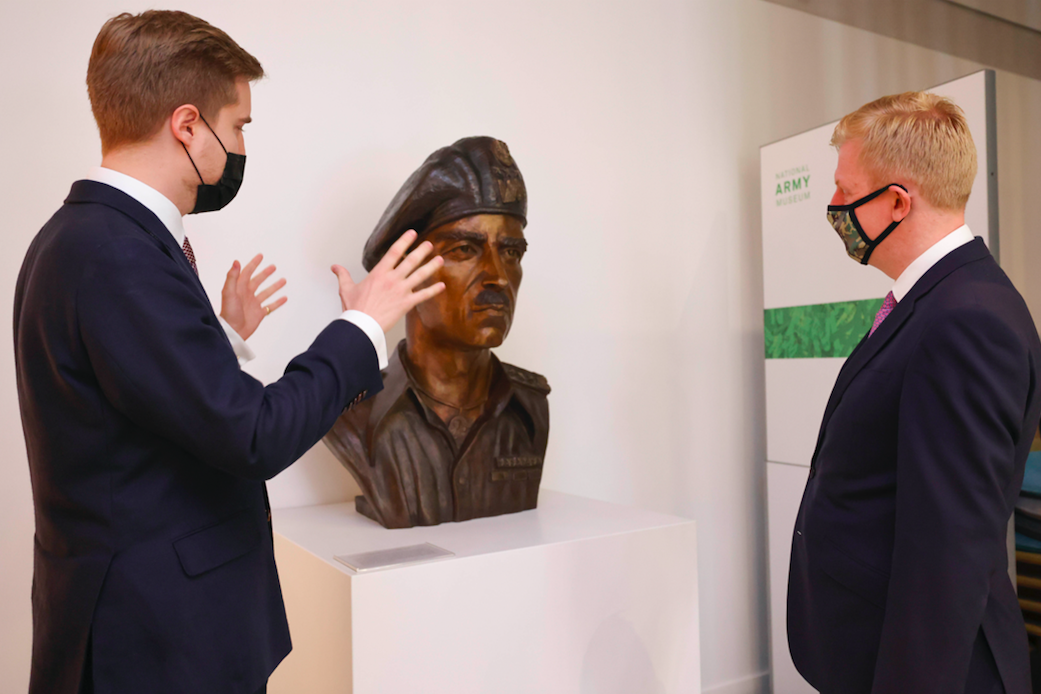 A commemorative plaque was also unveiled at 78 Brondesbury Park, the address at which Anders lived after the war. 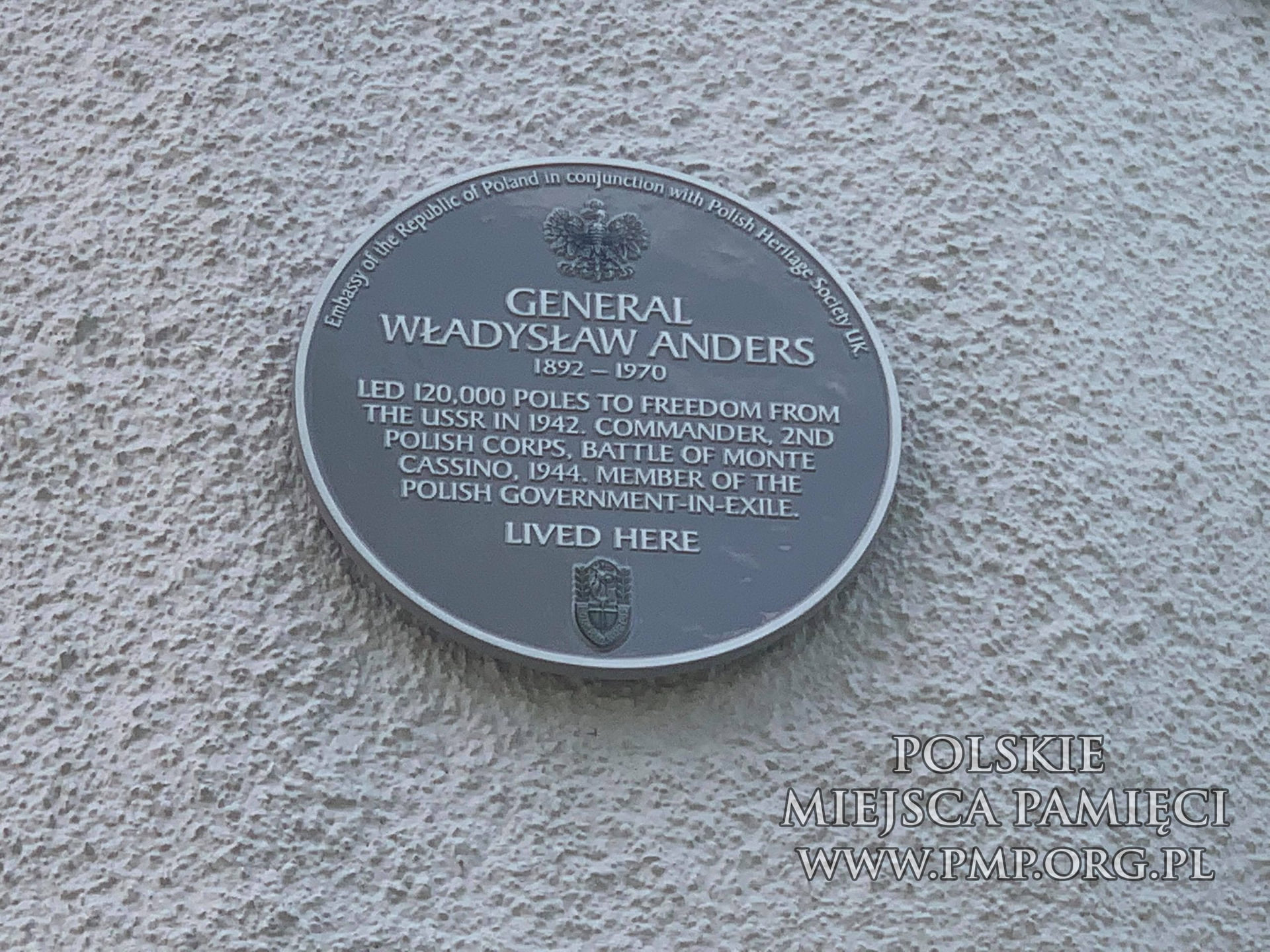 A plaque was also unveiled at 78 Brondesbury Park in London where Anders lived after the end of the war.Tomasz M Muskus/Facebook

The bust will be available for viewing to the wider public at the National Army Museum from the 26th of June.

General Anders - On Parade in London