A Polish wild swimmer has become the first Pole in history to swim 1km in the freezing cold waters of the Antarctica in less than 15 minutes.

Leszek Naziemiec outpowered nine others to take fifth place in just 14 minutes, 42 seconds at the first Antarctic Ice Swimming race held in Port Lockroy, the north-western point of the continent.

The 44-year-old from Siemianowice Śląskie, southwest Poland told TFN: “Two days before the swim, I was scared, no one had done this before, we were to be the first.

“Then on the day of the swim, I became calm, silent, and determined to finish ” 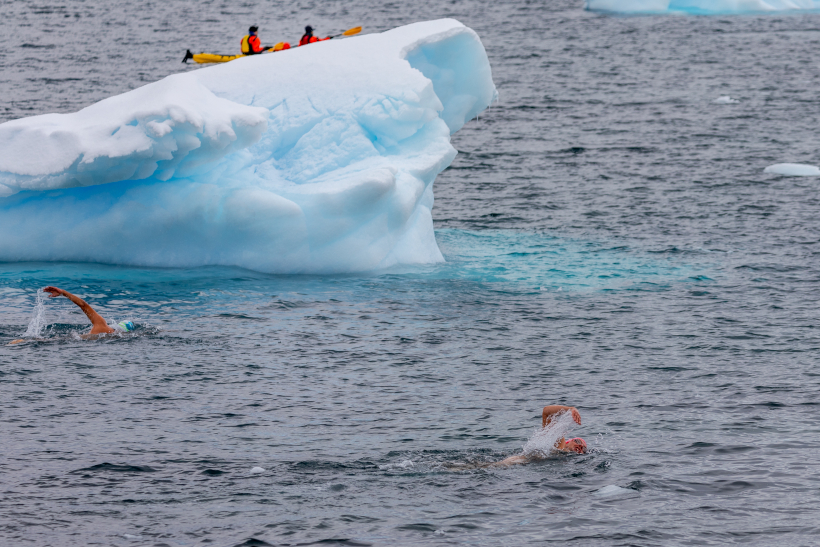 To prep for the race, Naziemiec, started training during the summer in his meatlocker. Roger Pimenta

“When I plunged, I didn’t feel any pain or anxiety. There was just icy beauty around me.”

With the water a chilling -1.25 degrees, the extreme swimmer and child physiotherapist was monitored by fellow athletes and a doctor.

To prepare for the biting cold, Naziemiec who has competed in over 100 running marathons, Ironman, and a 24 hour swimming competition, trained during the summer in a freezer to get his body used to low temperatures. 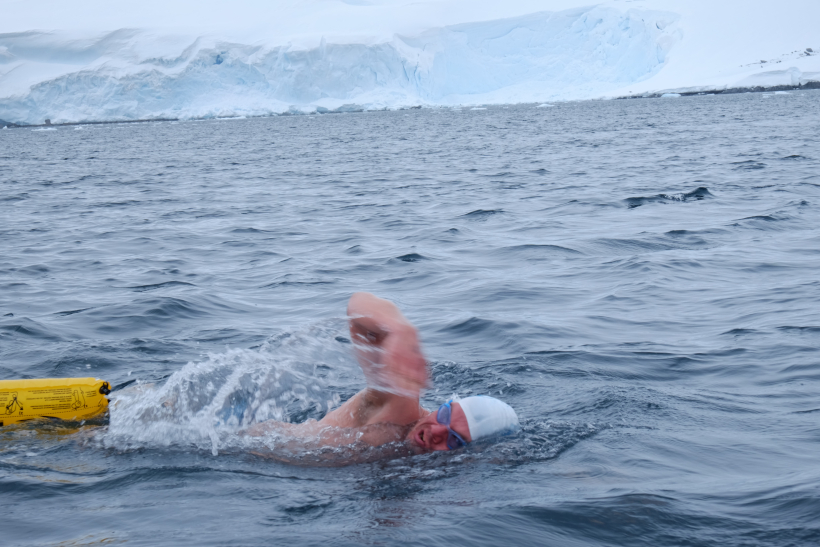 Naziemiec is no stranger to extreme sports, last year he organized an expedition to the Arctic at Svalbard. Next he hopes to break records at Lake Titicaca between Peru and Bolivia. Roger Pimenta

Initiated by the International Ice Swimming Association, the race gathered 14 of the world’s best and most daring wild swimmers.

The overall winner was Peter Stoychev from Bulgaria with an incredible time of 11:08:39.

Now Naziemiec says he would like to take on the icy waters of Lake Titicaca which sits at an altitude of almost 4000m.

He told TFN: “I’d like to swim the width, it varies up to 80KM. The record right now is 16km, I want to have a longer swim between the shores.”