A British writer who spent a year in Poland to understand why so many young Poles have moved to the UK has now turned his findings into an intriguing new book.

Rather than interviewing Polish workers living in Britain, Ben Aitken from Portsmouth, took the road less travelled by becoming a British migrant to Poland and moving to the western Polish city of Poznań. 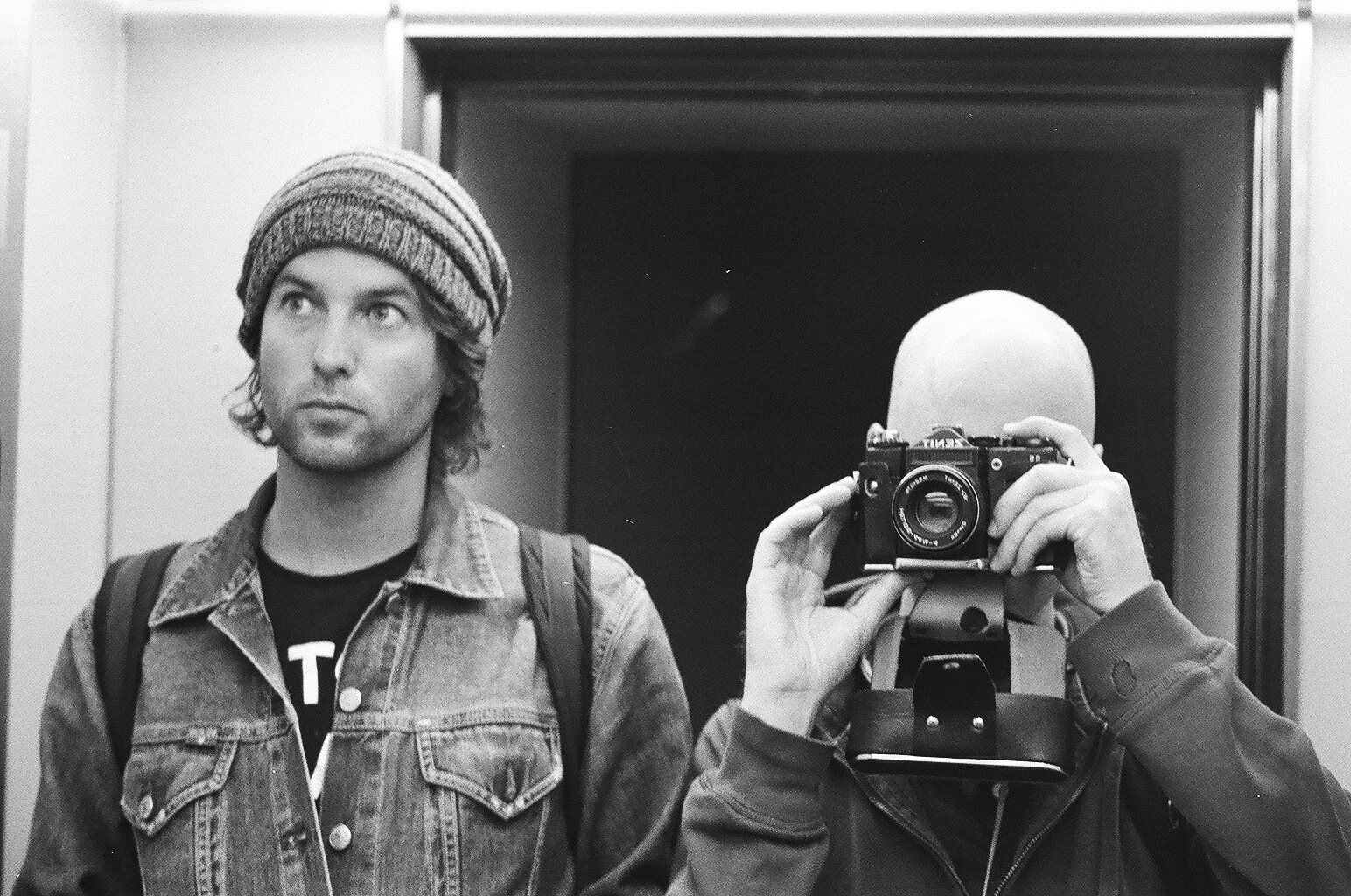 To meet Poles and find out about their lives, Aitken pushed himself into many unlikely situations.Richard Morgan

Taking a job in a fish and chip restaurant, when not peeling potatoes, learning basic Polish or chatting with his flatmates, Aitken kept a diary, which forms the structure of his travel book ‘A Chip Shop in Poznań: My Unlikely Year in Poland.

The result is a fascinating insight into Aitken’s experience of getting to grips with a culture very different to his own and in trying to debunk media stereotypes of Poles. 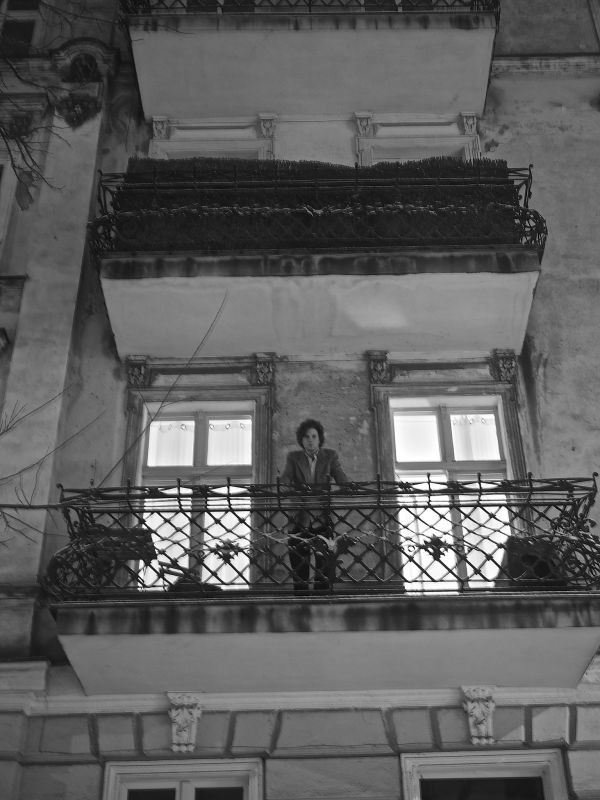 Ben shared a flat with young Poles and survived on a diet of frozen pierogi from Biedronka.Ben Aitken

Speaking to TFN by phone just before the book’s July 4th UK launch, Aitken explained: “Contact between people is really important and we shouldn’t allow our views to be shaped by what we see in the news, which can be reductive and polarising.”

Aitken quickly gathers around him a coterie of Poznań-based Poles who guide him through the fog of living in a strange new country. They help him find a job, take him to a wedding and join him on a half marathon in the city at the end of his year, which Aitken jokingly refers to as metaphor for the wasted effort and unnecessary pain of his year in Poznań. 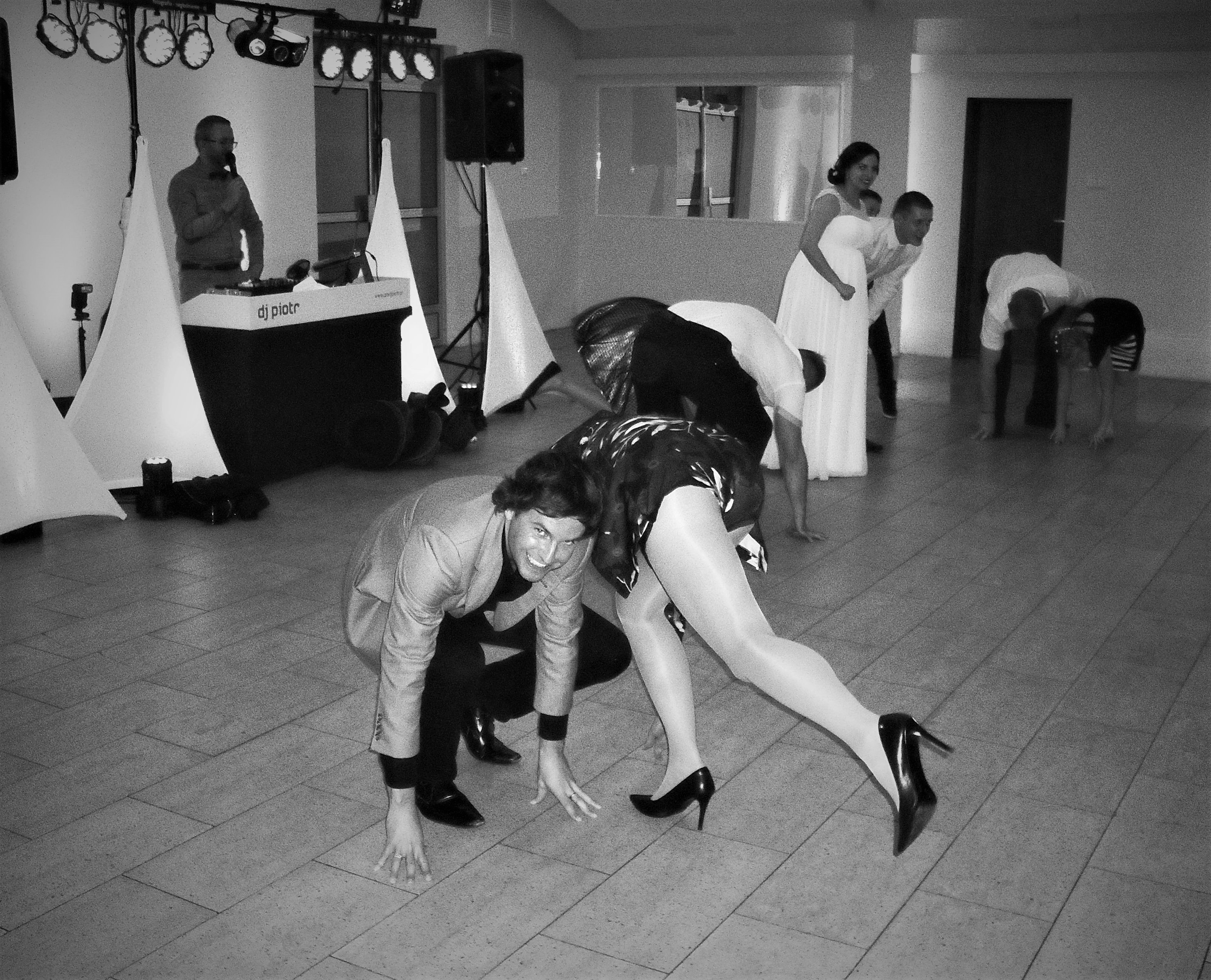 Throughout the book lurks the severe yet beautiful Anita, who captures Aitken’s affections but remains elusive.Ben Aitken

Throughout the book lurks the severe yet beautiful Anita, who captures Aitken’s affections but remains elusive.

To meet Poles and find out about their lives, Aitken pushed himself into many unlikely situations, which became fascinating and often hilarious scenes in the book.

In one experience, which the author describes as emblematic of his year in Poland, he knocked on a random door on Christmas Eve to test the veracity of the tradition that Poles always set a place at the table for an uninvited stranger as a gesture of charity and seasonal goodwill. 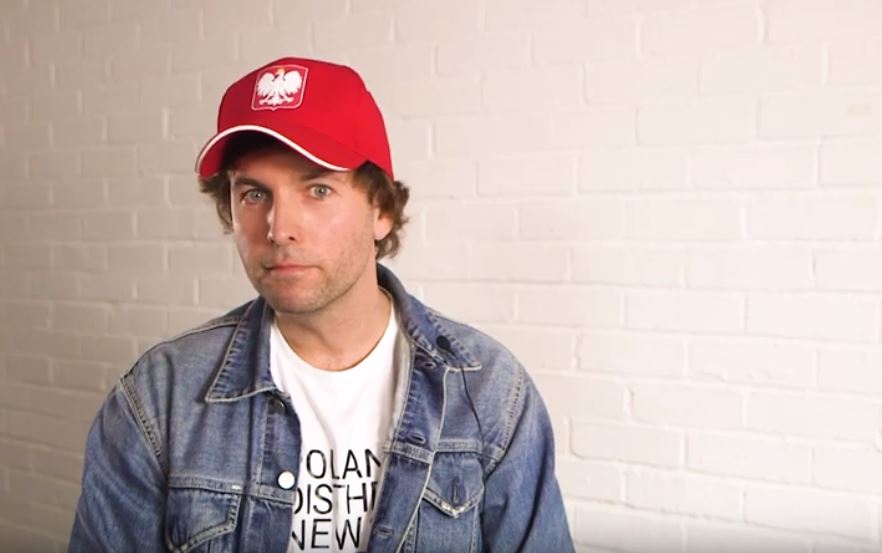 To recreate what he believed were the conditions that many young Poles find themselves in in the UK, Ben took a job at minimum wage in fish and chip restaurant where he peeled potatoes.YouTube

After delivering in Polish a carefully practiced explanation for his presence to the first family he visited, the lady of the house passed the test by simply shrugging and saying, “You’re a bit late, but in you come.”

Aitken says, “Everybody knows about this tradition, everybody honours it, but nobody can remember an occasion when a stranger actually turned up, which was my cue.”

In another scene, he takes up an invitation to visit a cow farmer and his family in Ełk, north-west Poland, where the farmer Hubert offers him a job. After taking a jet of urine in his neck and being speckled with bovine poo, Aitken learns about the reality of Poland’s EU-driven agricultural modernisation when Hubert laments about the debt he is in and that he will be tied to the land for the rest of his life. 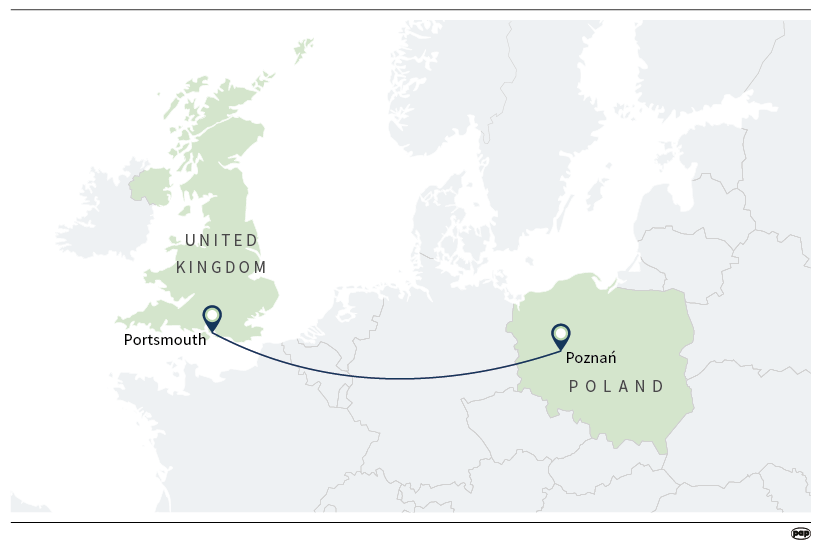 Rather than interviewing Polish workers living in Britain, Ben took the road less travelled by becoming a British migrant to Poland and moving from his hometown of Portsmouth to the western Polish city of Poznań.Infografika/PAP

Back in Poznań, Aitken reveals that he earned 10 złotys an hour in the fish and chip shop, meaning that he needed to work for an hour peeling potatoes and deboning fish just to buy a beer in a bar, order a bowl of soup or buy a jar of pickled mushrooms.

When he converts this situation into UK prices, he works out that the same purchasing power would be the equivalent of paying £10 in the UK for a Starbucks cappuccino or £14 for a Big Mac meal. 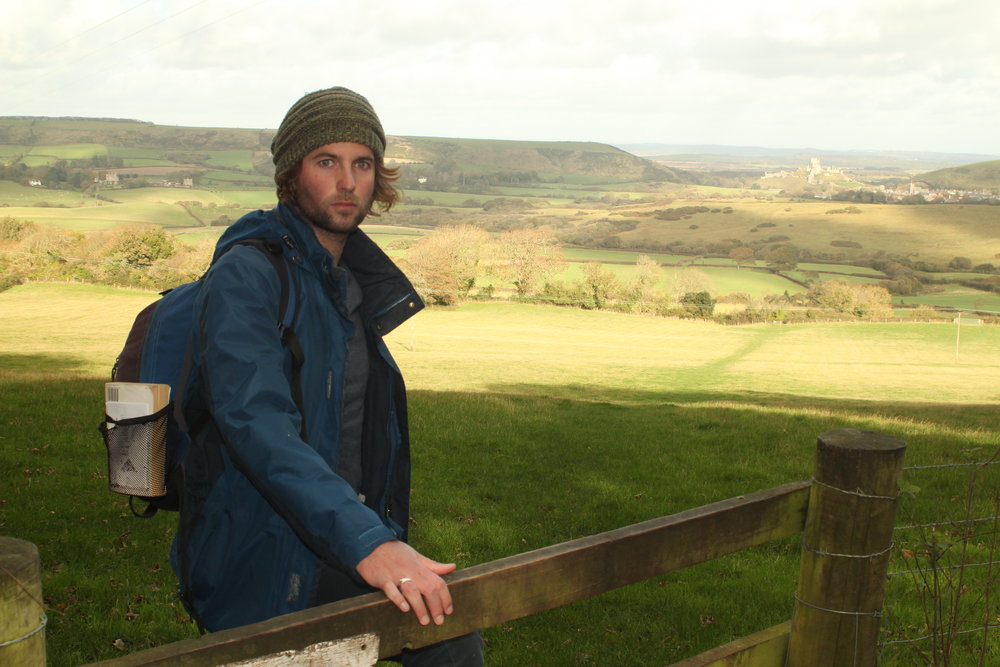 In his previous book, Dear Bill Bryson, Ben paid homage to the US travel writer by following his route around the UK.Ben Aitken

Aitken’s book not so much fills a gap in the travel literature genre about Poland, but is rather a small brick in a yawning chasm. With the exception of Michael Moran’s memorable and erudite A Country in the Moon, Poland is a zone that has largely been ignored by talented travel writers.

“When I contacted publishers and agents before coming to Poland, the response was that there was little interest in a book about Poland,” Aitken bemoans.

A Chip Shop in Poznan: My Unlikely Year in Poland is therefore a welcome addition. Aitken’s reflective style mixes satire, humour, irony and sarcasm to create a captivating and entertaining account of his year in Poland.

In his previous book, Dear Bill Bryson, he pays homage to the great US travel writer by following his route around the UK, which was the template for his hit book Notes From a Small Island.

Bryson’s style can therefore be easily discerned in Aitken’s latest book, creating a warm feeling of familiarity for Bryson fans like putting on a favourite old overcoat. 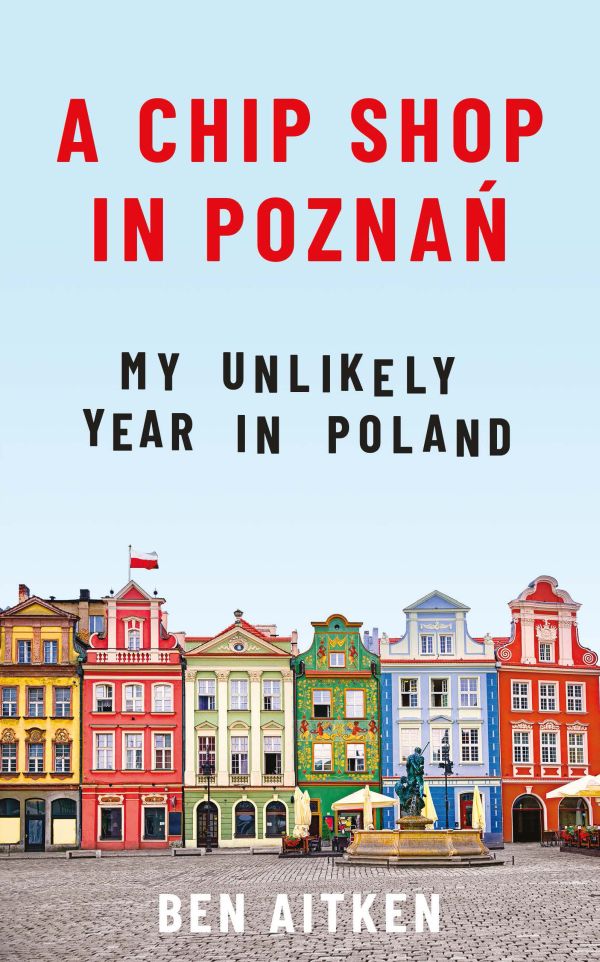 ‘A Chip Shop in Poznań: My Unlikely Year in Poland’ is published in the UK today (July 4th) and is available on Amazon too.Press materials

Aitken has moved on now, and his next project will likely be far away from Poland’s borders. However, those who enjoy reading about Poland in English should be grateful that this talented writer gave the country so much of his time.

A Chip Shop in Poznan: My Unlikely Year in Poland is released in the UK on July 4th 2019 and is published by Icon Books.