When Jim Powrie decided to track down the last resting place of his father’s first cousin, Sergeant Henry Powrie of Britain’s Royal Artillery, he found the soldier lay in a quiet corner of a Polish cemetery in an unmarked grave.

He also found that Sergeant Powrie lay alongside 29 other British servicemen all of whom had nothing above them other than grass. No headstones. No memorials.

The discovery that 30 British soldiers were lying in unmarked graves in cemetery in the south-west town of Opole triggered the start of campaign by Jim Powrie to get the British government to pay for gravestones, or some form of memorial, for the soldiers who died almost a 100 years ago in a long-forgotten operation to stop simmering tensions between Poles and Germans breaking out into war.

“I’ve been campaigning for two years now to get some form of recognition for these men,” Mr Powrie told The First News.

“There is a cemetery in Cologne and in that cemetery there are over 100 military men who have the same status as those in Opole but they have headstones maintained by the [British] ministry of defence. But it seems that these 30 have been totally neglected. It’s as if they’ve been deleted.”

Sergeant Powrie, who won the Military Medal, one of Britain’s highest awards for gallantry and was wounded three times during WWI, died in a long-forgotten peace-keeping operation organised by the League of Nations.

In 1921 the Opole region was a disputed territory, claimed by both Poles and Germans, and, ahead of a plebiscite that would decide whether it would become part of Germany or the re-established Poland, ethnic tensions were boiling.

Fearful that full-scale violence could break out the league despatched British, French and Italian troops to keep the peace.

In total, violence, disease, accidents and suicide claimed 41 British lives. But 11 of those were exhumed and re-buried in a well-cared for British military cemetery in Germany.

This was because they died before August 31, 1921, the official date given by the British government as the end of WWI. Anybody who died after that were not classified as war dead, and so were buried on site. 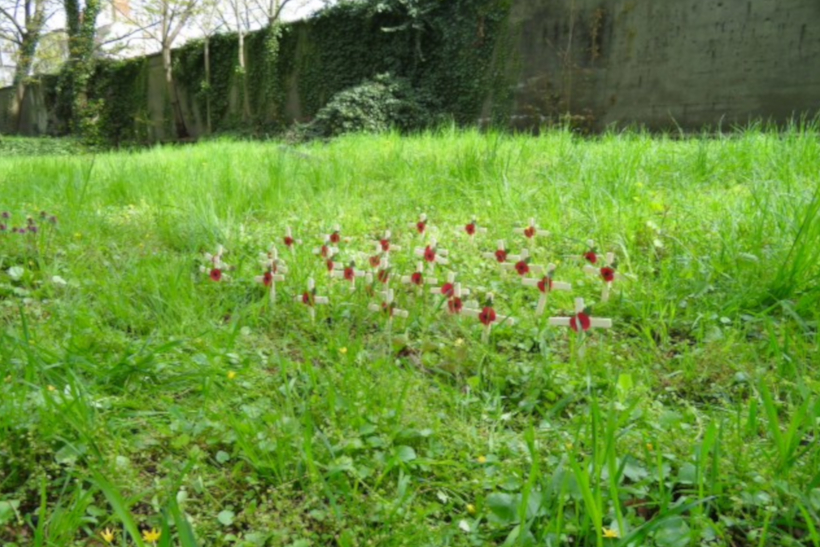 The discovery that 30 British soldiers were lying in unmarked graves in a cemetery in the south-west town of Opole triggered the start of campaign to get the British government to pay for gravestones.
(Jim Powrie)

At first all was well in Opole, or Oppeln as it was called owing to the town remaining part of Germany. Simple wooden crosses above the graves, were later replaced by iron ones and the British state paid for the maintenance of the graves.

But in the tumult of the Second World War and the chaos triggered by Oppeln becoming Opole as it became part of Poland the crosses disappeared, never to be replaced.

British funding also disappeared so nothing was left in the cemetery to indicate the presence of 30 British troops. In fact even the exact location of the graves became unclear until research by Mr Powrie pinpointed where the dead lay.

Britain’s defence ministry says it is not responsible for the Opole dead and that while it spends GBP 50 million [PLN 240 million] a year on the upkeep of military graves around the war it cannot maintain all of them. It also suggests that some form of private funding should be sought.

Despite the apparent indifference from officialdom Mr Powrie has continued to fight to get some of memorial for his long-dead relative and his 29 colleagues.

“It makes me feel angry because they’ve got money, specifically for the maintenance of graves,” he said. “All we are talking about is something between GBP 5,000-30,000 [PLN 24,000-144,000], which on global scale is nothing. The authorities in Opole are more than happy to participate and co-operate but we’ve got nowhere.”

This leaves, for the time being, at least, the 30 men with nothing above them other than grass. The only indication that the Opole cemetery contains British dead are the occasional flowers left by those who know.

This said Mr Powrie is no way to treat men who died serving their country.

He told The First News: “It is the attitude of the ministry that really frustrates me.

“I could understand it, to an extent, if there were just one or two, but there are 30 men there. Of those 30, 20 served throughout the First World War.

“These people were not nobodies. They had done their bit for their country. There should be some recognition.”