A colourful new art installation is sending the internet wild after appearing in Poznań.

Situated in a trendy passage between the Sheraton hotel and Bałtyk building the installation by visual artist Alicja Biała and architect Iwo Borkowicz consists of 8-meter-tall columns, each representing a crucial environmental issue, such as single-use plastic, smog or species dying out. 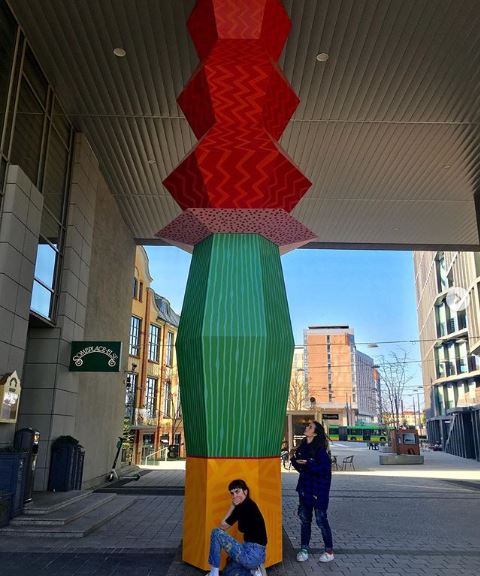 Each column has a QR code attached, so that the viewers can discover more about the problem.Alicja Biała/Instagram

The six hand-painted sculptures were designed to capture the attention of commuters and passersby with their bright hues, yet they carry a much deeper message.

The blocks’ colours, shapes or sizes are chosen to visually present particular data, such as the percentage of deforestation, air pollution, amount of water used in food production, or the dwindling population of wild animals. 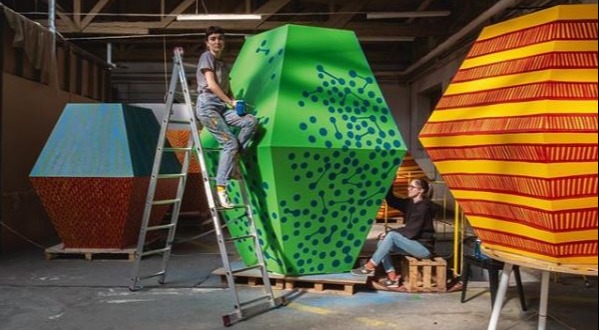 The blocks’ colours, shapes or sizes are chosen to visually present particular data, such as the percentage of deforestation or air pollution. Alicja Biała/Instagram

Each column has a QR code attached, so that the viewers can discover more about the problem.

The choice of totems as the ecological message’s carrier isn’t a coincidence either – for millennia they were used by different cultures as sacred objects, often connected to the forces of nature. 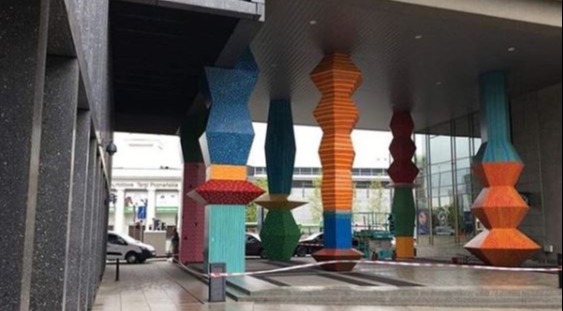 The six hand-painted sculptures are situated in a trendy passage between the Sheraton hotel and Bałtyk building.Alicja Biała/Instagram

Totem poles depicting legendary accentors reminded the viewers of their place in the natural order.

During the opening Piotr Voekel, Bałtyk building’s owner and the project’s patron said: “Man has the extraordinary power to turn the earth into a desert, create a nightmare. But he can also create something else. And he can create it with passion”. 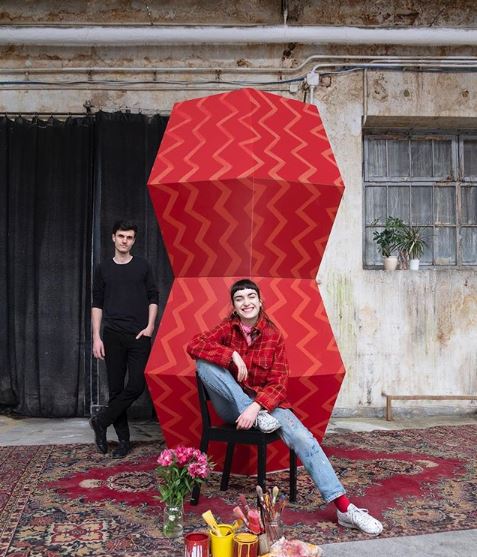 Alicja Biała, the artist behind the totem poles’ concept, is an illustrator, mural author and graphic designer.

Currently studying at The Royal College of Art in London, she graduated from the Via University College and the Copenhagen School of Design and Technology in Denmark.

Iwo Borkowicz won the prestigious YTAA2016 award for the best master's project in the field of architecture, urban planning and landscape design in Europe in 2015-16 awarded by the Mies Van Der Rohe Foundation and the EAAE Prize broadcast by the European Committee of Architectural Medals. 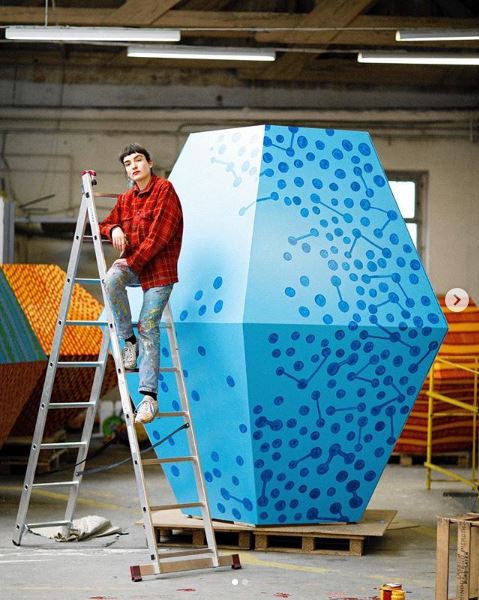 The meat production industry is responsible for the emission of 58% of greenhouse gases as a result of agricultural activities while producing only 18% calories of food.Alicja Biała/Instagram

In 2017 he was chosen as one of the "20 young designers who will shape the future of designing in the world" by Design Indaba, World Design Events and Dutch Design Week.

He graduated from the University of Fine Arts in Poznań.