Brief encounter: passengers take to the metro in their underwear

Some of the bold and the brave of Warsaw shed their inhibitions on Sunday and took to the Warsaw underground to ride it minus their trousers.

The bizarre action was taken as part of the collective prank entitled, ‘No Pants Subway Ride Day’. Open to people of all backgrounds and ages, the event takes place annually all over the world on the second Sunday of January. 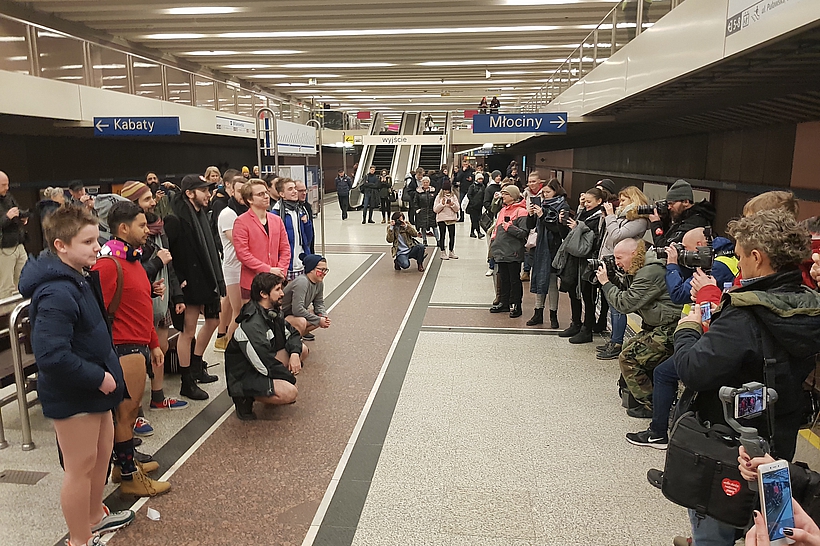 The annual event is done in the name of comedy. Kalbar/TFN

Poles, expats and students alike joined together to discard their trousers on the packed subway train that runs from the south to the north of Warsaw. 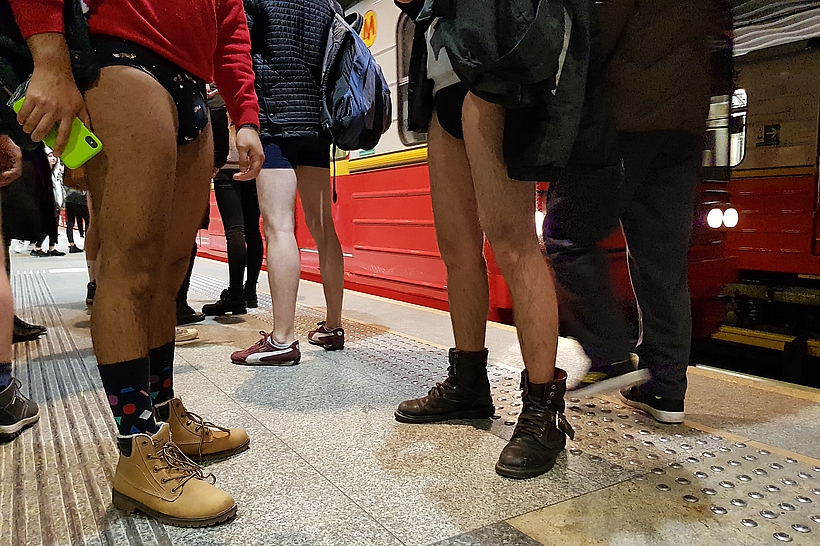 According to the organisers, Improv Everywhere, the event is designed to bring a smile the faces of unsuspecting metro passengers. Kalbar/TFN

Nineteen-year-old Krzysztof Witek from Warsaw told TFN: “I joined this because I was bored at home and I thought, why not? Now I see all these people here, I’m into it!” 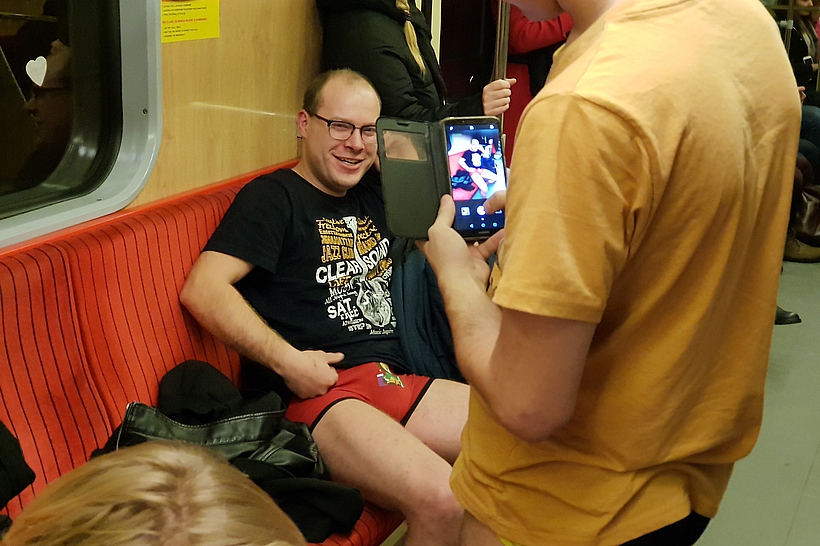 Launched in New York in 2002, the ‘Ride the Subway with No Pants’ campaign started with just seven New Yorkers, but is now popular all around the world. Kalbar/TFN

Krzystof was then joined by 27 year-old Przemysław Nowa: “None of my friends wanted to come.” he explained. “So I reached out to Krzysztof on Facebook and we decided to come here together, this is my third time attending the event.” 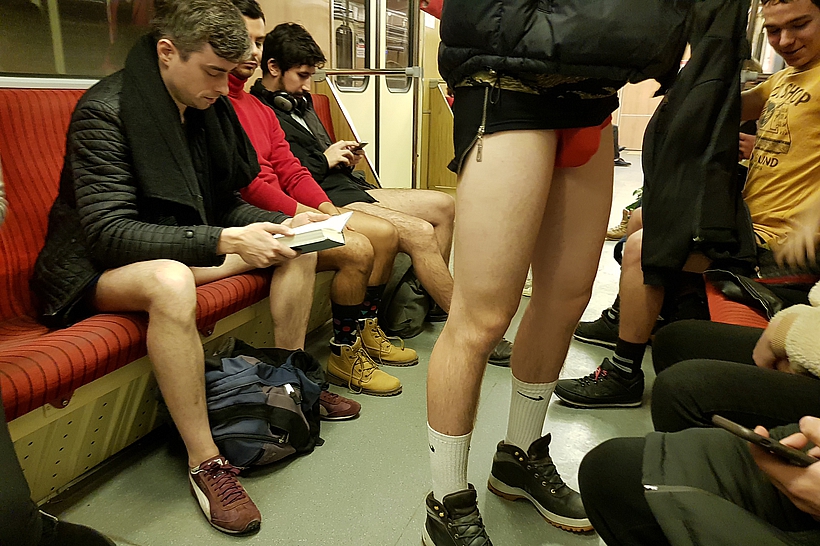 As part of the prank, those deciding to go trouserless must go about their business as if nothing out of the ordinary is happening.Kalbar/TFN

Vitaliy Vitalievich, a 20 year-old Ukrainian student, came for a different reason: “I’m here because I think this is a very beautiful, freeing thing to do. It’s progressive. In my country such things just don’t happen!” 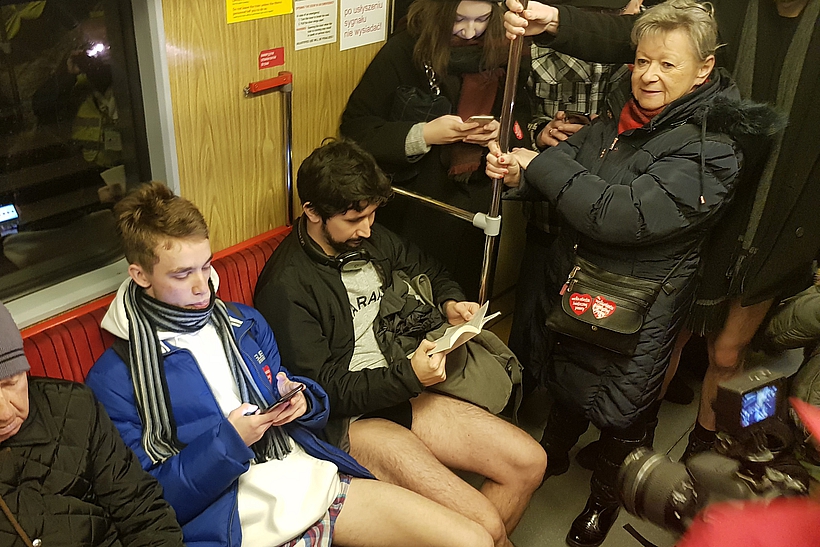 The unsuspecting passengers reacted first with shock and then laughter at the spectacle.Kalbar/TFN

Journalist student and fellow Ukrainian, Olviya Shevchenko agreed with him. “In Moscow a few years ago, people who part took in this event got arrested,” she said. “This would cause a sensation in Ukraine.” 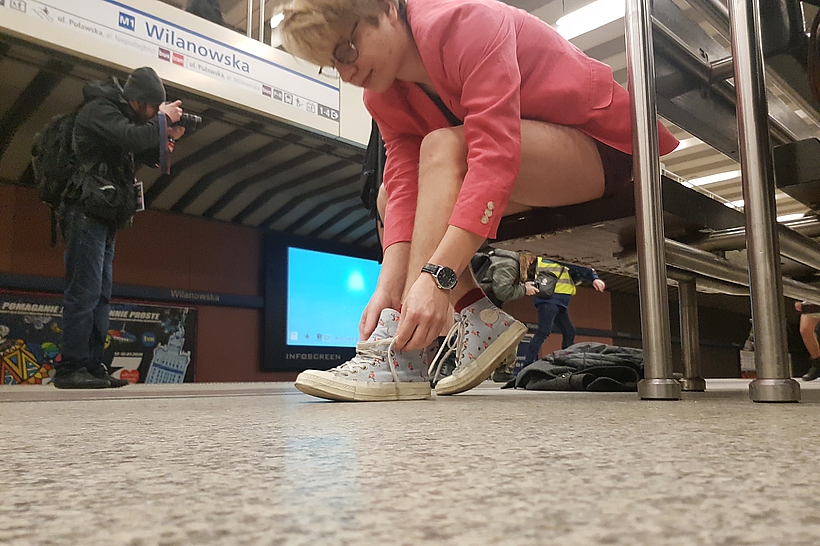 The pranksters started at Metro Wilanowska, which is located in the south of Warsaw.Kalbar/TFN

For 27 year-old Juan Velasquez of Bogata, Columbia, the event was a chance of a lifetime “I’d heard about this on the news a few times in Columbia. It doesn’t take place there, and I always wanted to do it. It just matched up so well this year.” 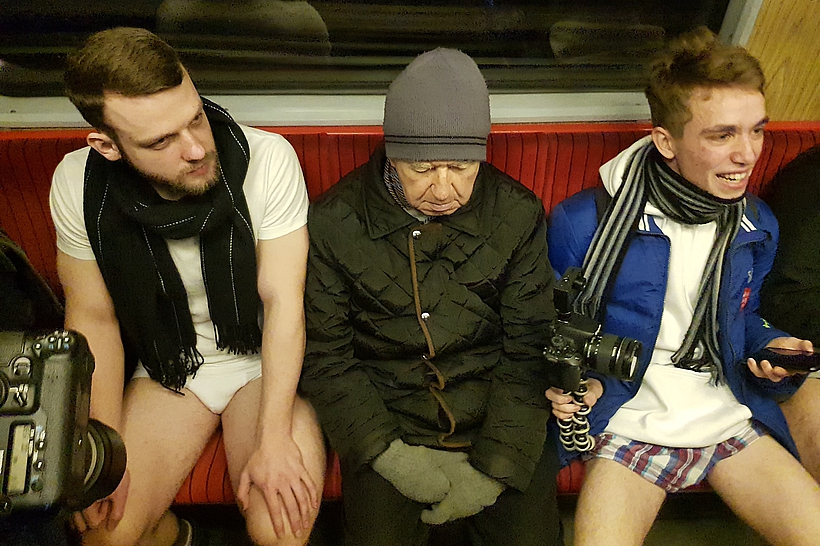 Friendships formed the during the 20 minute metro ride as the participants bonded in their underwear.Kalbar/TFN

The Columbian tech worker, who arrived in Warsaw two months ago, reunited with his long-lost university pal, Sebastián Barón and the pair came to the event together. 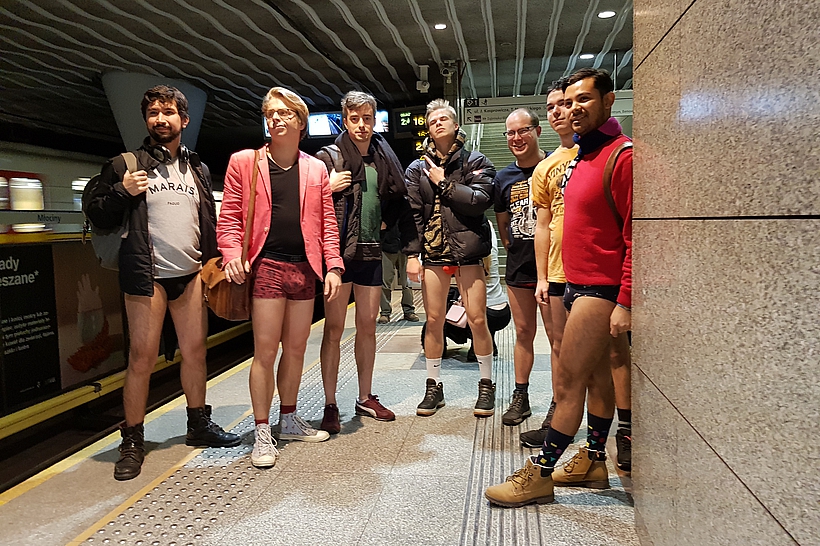 Although the event was only planned to run on Warsaw’s metro line 1. The group decided to keep going and spread the fun to the second line. Kalbar/TFN

“It’s something I can tell to my grandkids, you know. ‘One time I rode on the subway trouserless in Warsaw’,” Juan said.

“I had a lot of fear when coming here,” he added. “The place is cold, but actually the people are very friendly and warm. In Warsaw you can see the modern, the post war, the classical. The city is so full of contrasts!” 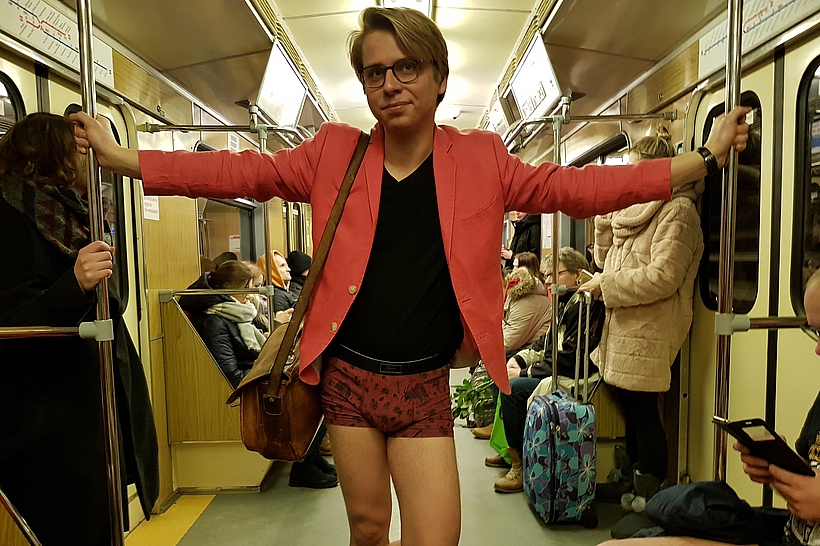 Cities such as Berlin, Amsterdam, Buenos Aires, Munich, Prague, Lisbon and London took part in the joke this year.Kalbar/TFN

The organisation responsible for the underwear-heavy day is the New York City-based comedy collective, Improv Everywhere, which stages unexpected comedy performances all in the name of bringing joy and laughter to the public.