Breaking the glass ceiling: When it comes to science, Polish women are on the up

As the world marks International Day of Women and Girls in Science, Poland can boast one of the most balanced female-to-male ratios in science, with 49.5 percent being comprised of females. In real terms that means 611,700 of Poland’s 1,252,900 scientist and engineers are female.

To celebrate the day TFN’s has come up with a selection of some the country’s brightest and best female scientists and engineers. 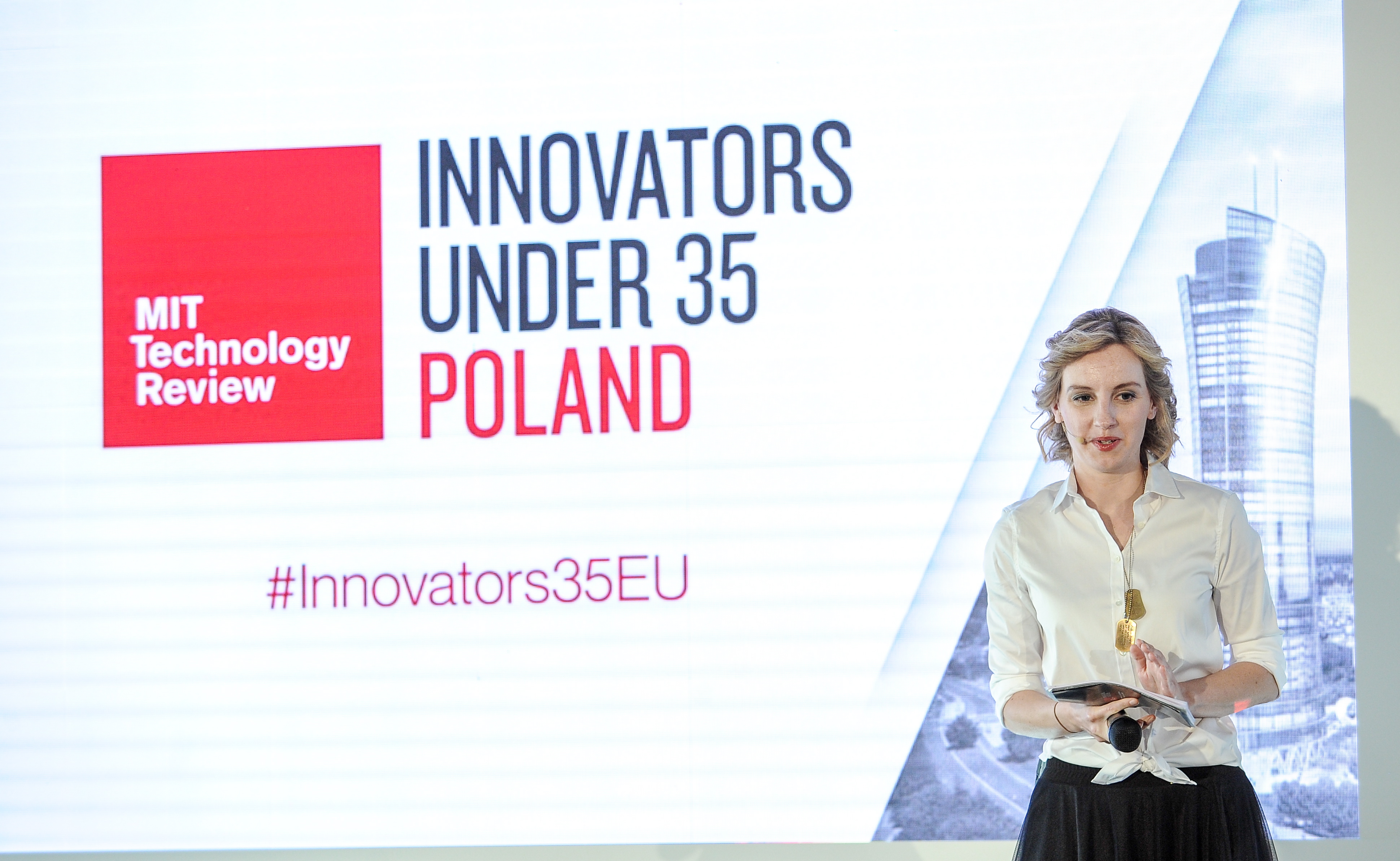 Olga Malinkiewicz founded Saule Technologies in 2014, and since then the company has gone from strength to strength developing perovskites based solar cells for commercial use. Solar energy has been around a long time but Malinkiewicz’s innovation will allow it to be harnessed more efficiently and on more surfaces. Her work could help many nations hit clean energy goals without the culture shift required by most alternative energies.
https://www.thefirstnews.com/article/here-comes-the-sun-the-future-looks-bright-for-solar-energy-in-poland-5069 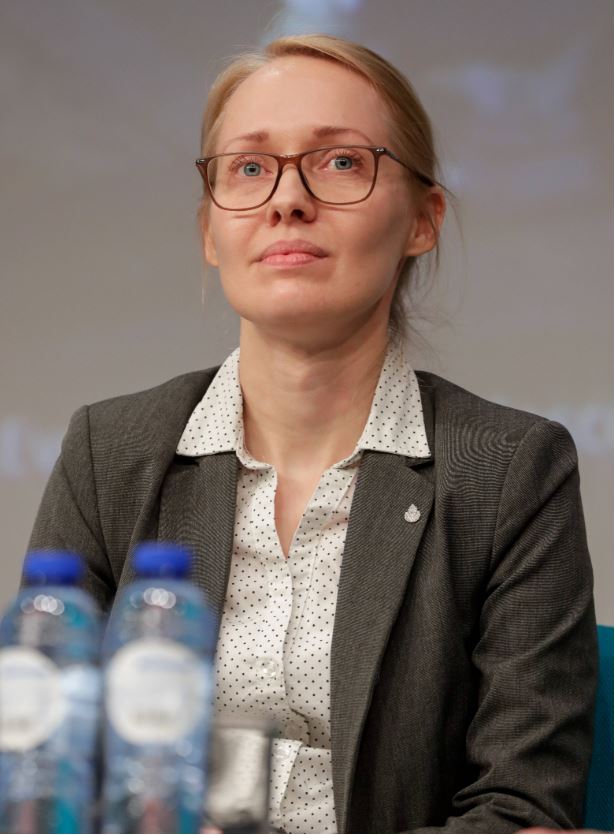 Doctor Monika Mościbrodzka was part of the international team who captured the first image of a black hole. The astrophysicist who works at the Department of Astrophysics at Radboud University in Nijmegen, the Netherlands, was analysing polarimetry, the measurement and interpretation of the polarization of transverse waves, most notably electromagnetic waves, such as radio or light waves for the project.
https://www.thefirstnews.com/article/first-ever-direct-image-of-a-black-hole-captured-by-global-virtual-telescope-revealed-by-scientists-5525 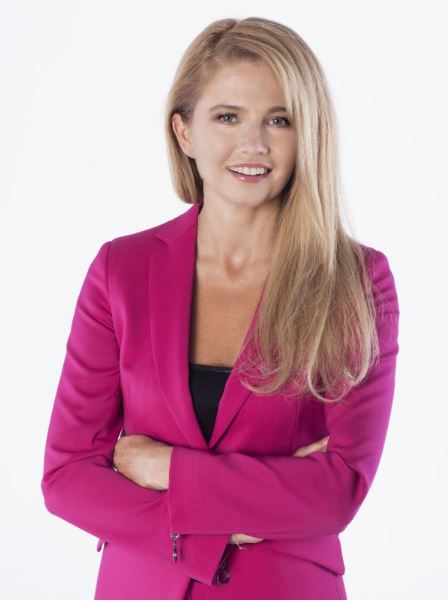 Adamkiewicz has risen to the top of one of the country’s leading pharmaceutical companies.ADAMED

Doctor Małgorzata Adamkiewicz is vice-president of the board at Adamed, one of the leading pharmaceutical companies in Poland. She started her professional career at the Endocrinology Clinic at the Medical Centre of Post-graduate Education in Warsaw before joining Adamed. Since 2001 Adamed has allocated PLN1.2 billion to research and development activities and runs a SmartUp programme to develop Poland’s talented young scientists.
https://www.thefirstnews.com/article/geniuses-of-the-future-get-helping-hand-from-pharm-companys-smartup-camps-6920 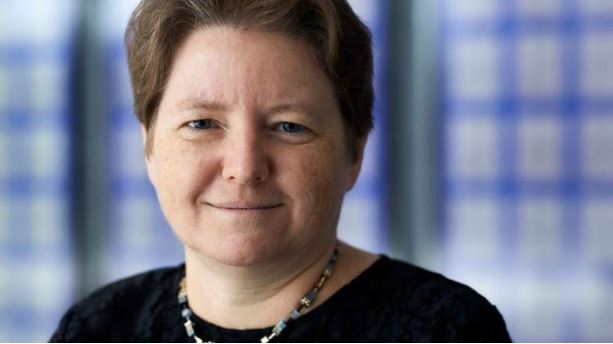 An expert in maths, Karczewicz has scores of patents to her name.EPO

Marta Karczewicz has been named as an inventor on about 130 European patents. She studied at Tampere University in Finland, worked for Nokia and now works for Qualcomm. The mathematical genius was nominated for the 2019 ‘European Inventor Award’ for her work on video compression. “I like problems which require analysing large amounts of data and looking for patterns,” Karczewicz said.
https://www.thefirstnews.com/article/maths-genius-gets-lifetime-achievement-nomination-for-her-work-on-video-compression-5832 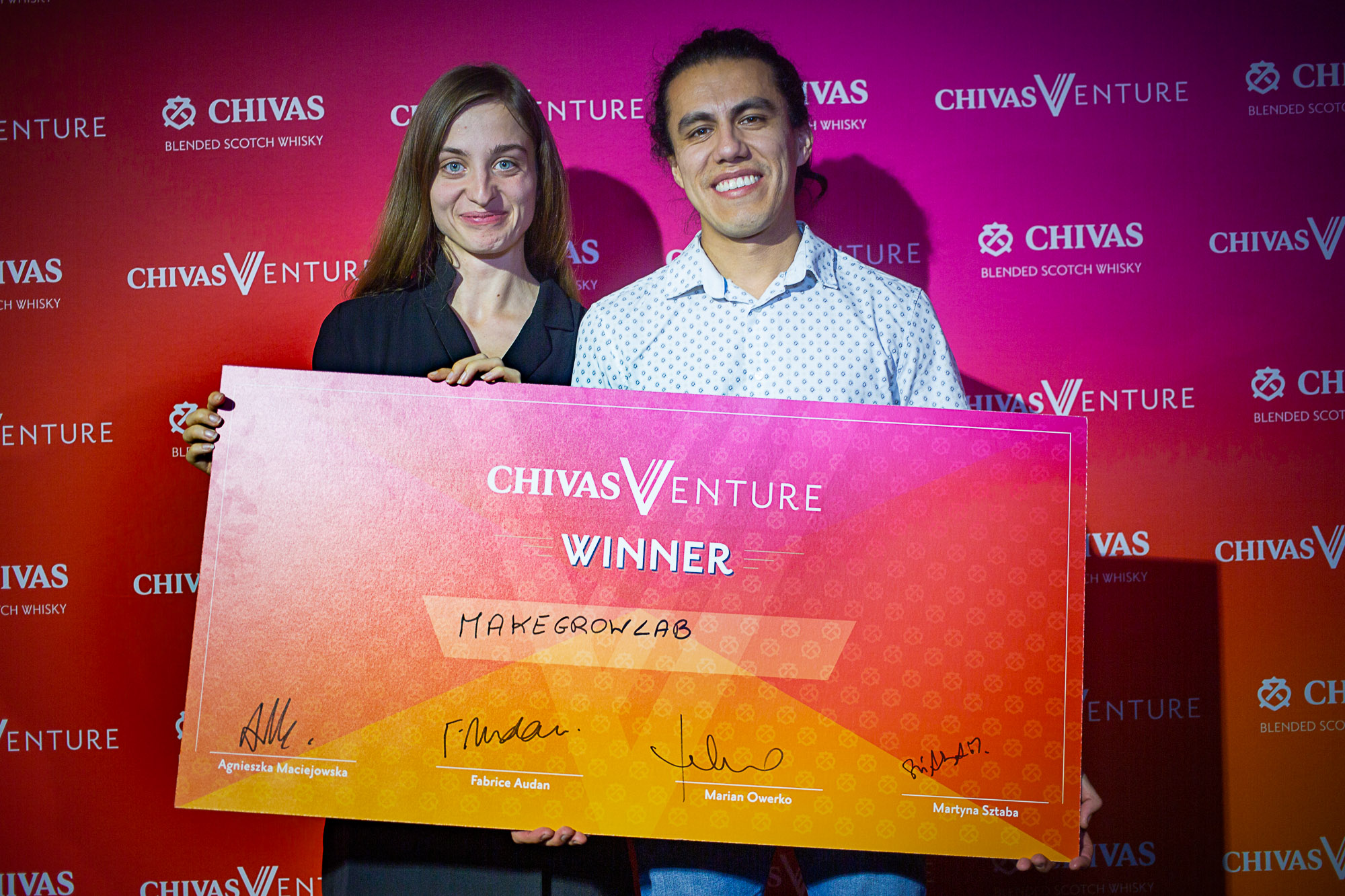 Janusz has been praised for her work in developing biodegradable packaging.Kalbar/TFN

Roza Janusz has created an alternative packing from natural waste that is biodegradable. The natural solution in the form of a material known as SCOBY (Symbiotic Culture of Bacteria and Yeast), is farmed vertically by feeding food waste to bacteria and this creates a usable membrane. The substance has won many admirers and prizes, and in April it will compete for $1 million in the international Chivas Venture prize.
https://www.thefirstnews.com/article/not-a-bad-start-for-a-start-up-pulway-eco-firm-wins-chivas-venture-2020-9842 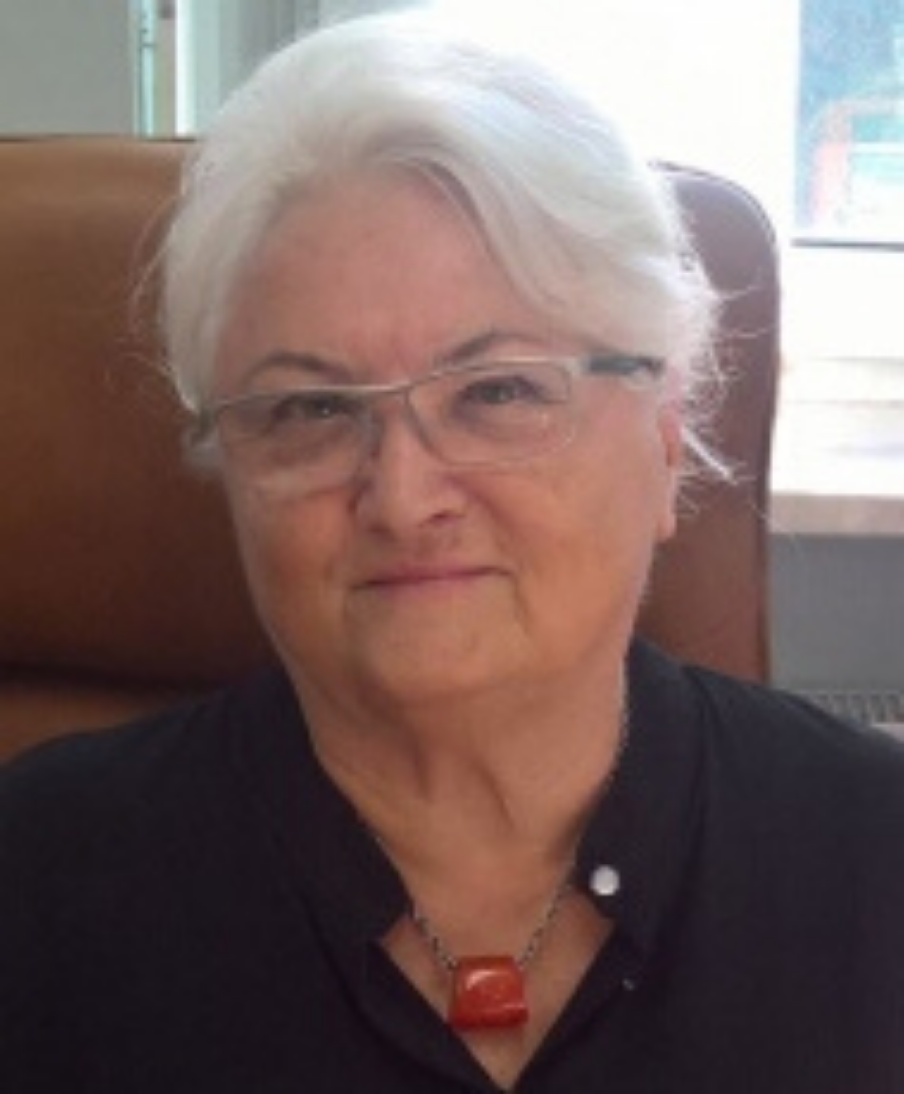 Przewłocka: helping to take the pain out of the surgery.if-pan.krakow.pl

Barbara Przewłocka, a professor of pharmacology, has co-authored 70 scientific papers and in 2019 was part of the team that created a chemical compound demonstrating painkilling properties 5,000 times more effective as the strongest analgesics currently available. She has received multiple honours for her contribution to science in Poland and continues her work at the Institute of Pharmacology - Polish Academy of Sciences.
https://www.thefirstnews.com/article/scientists-create-power-drug-5000-times-stronger-than-standard-painkillers-6671 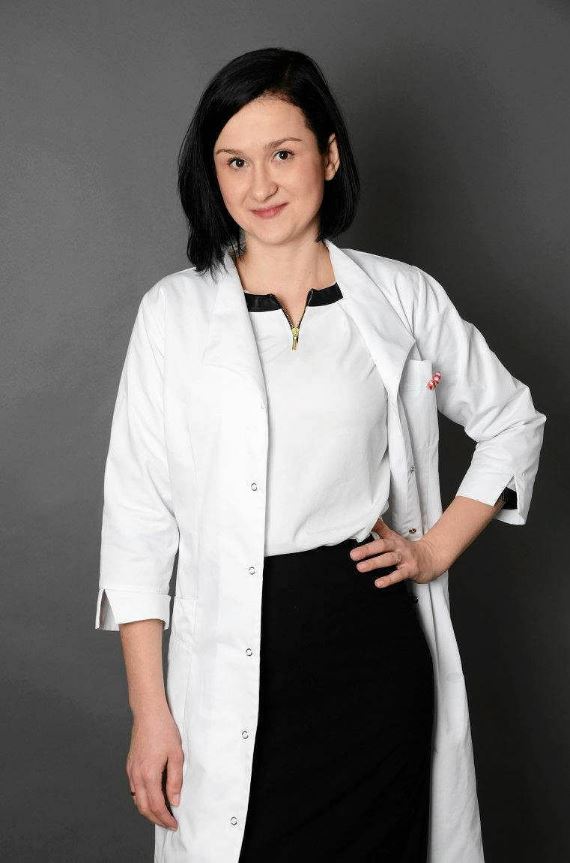 An expert in diet health Tkaczewska has developed an energy bar made from carp.Press materials

Doctor Joanna Tkaczewska is a dietician by trade but also the creator of an energy bar made from parts of carp. The energy-boosting snack, which she created with the Agricultural University in Kraków, includes carp as well as other more typical energy bars ingredients such as dates, nuts and seeds. Initial testing has shown that the energy bar has positive effects on the oxidative status of athletes’ blood.
https://www.thefirstnews.com/article/smells-fishy-scientist-invents-energy-bar-made-from-carp-9100 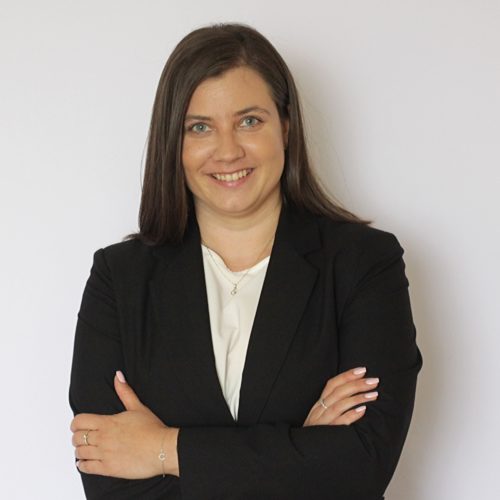 Marta Klak: working on a 3D-printed pancreas.Foundation of Research and Science

Doctor Marta Klak is a specialist in medical biology and biotechnology. Currently she is the laboratory manager for the Research and Development Foundation based in Warsaw. The project she is currently working on is creating the world’s first 3D printed bionic pancreas. Klak is the co-creator of the protocol for the isolation of porcine pancreas islands for the needs of the 3D bio-printing project for bionic pancreas.
https://www.thefirstnews.com/article/researchers-create-worlds-first-3d-bionic-pancreas-5156