Students from Wrocław have beaten off stiff international competition to take two top places at a Life on Mars project.

The Innspace team from the Wrocław University of Technology received the Future Mars Life Competition awards in China for their innovative Ideacity concept for an entire Martian base and their residential Dome project utilizing shape memory materials. 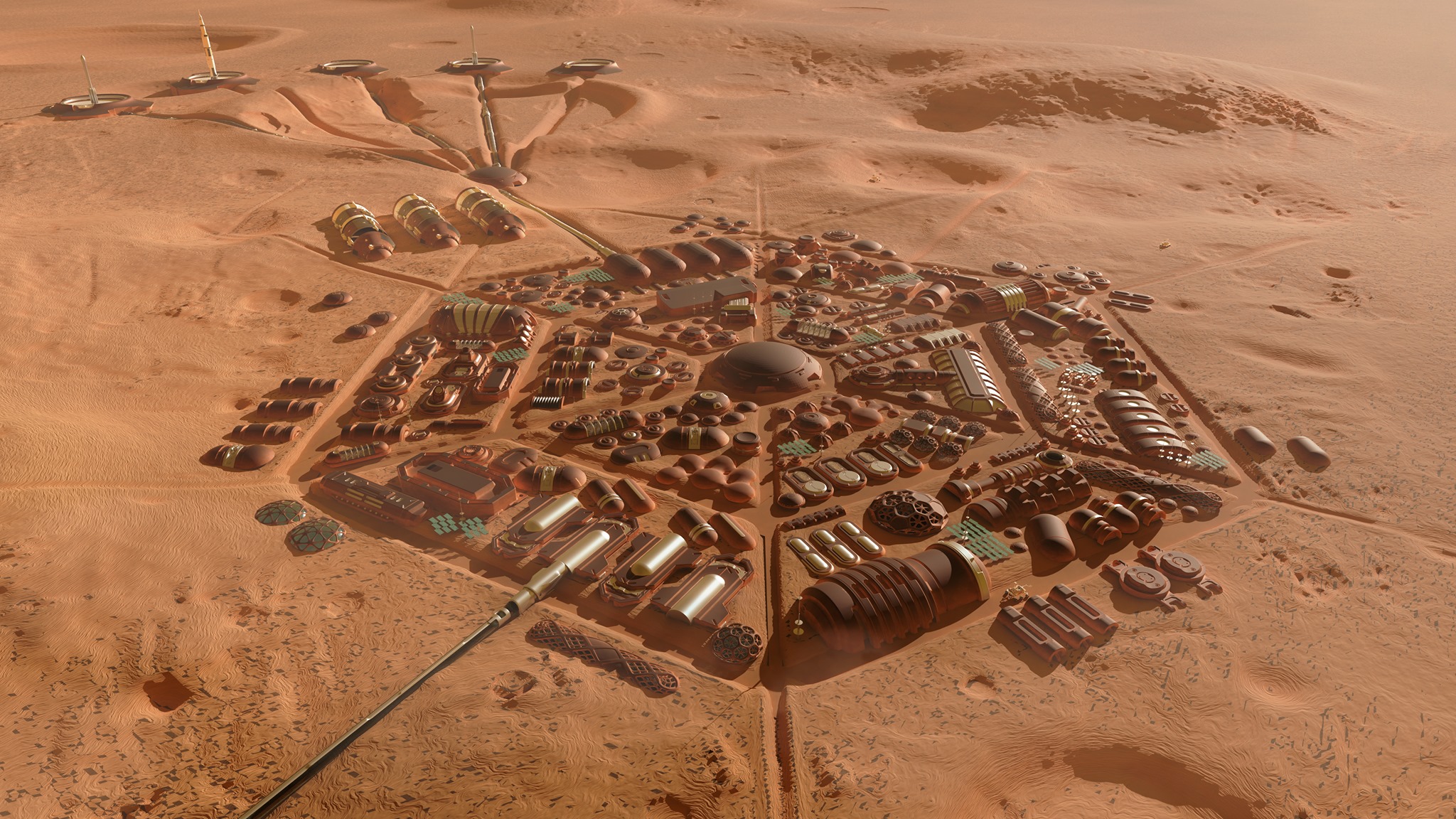 The first, which was awarded Gold Winner in the competition’s architecture category, is based on placing the majority of its structures underneath the ground to guard them against the harsh Mars conditions and radiation.

The Ideacity is laid out on a hexagonal plan with the sides measuring 400m.

Justyna Pelc from Innspace said: “The centre is a place for meetings and entertainment for the whole colony, we have a lot of residential buildings, which are divided into private and common areas.

Ideacity has the majority of its structures underneath the ground to guard them against the harsh Mars conditions and radiation.Innspace - projekt nie z tej Ziemi/Facebook

“We have placed great emphasis on social integration. This will allow the inhabitants of the colony to get to know each other and feel a sense of community, which will significantly affect the quality of their lives.”

The second winning design, Dome Project, is a single residential house for 50 people which uses memory shape materials that change their position during the day depending on the temperature. 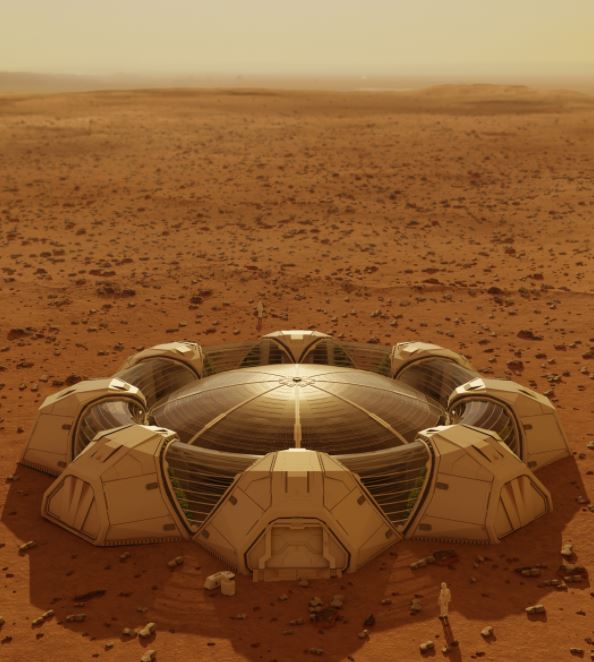 As such, during the day they can provide access to natural light, while during the night they can close around the structure and protect it from the cold.

The blueprint for the Dome includes a residential part, a research part with a greenhouse, and a control centre.

The structure could be duplicated and used in the entire colony. Other parts of the colony are dedicated to farming, industry, research centres, hospitals, and even hotels and a sports centre. 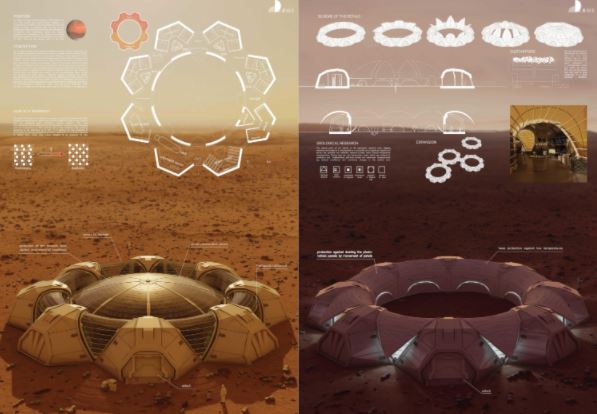 The house uses memory shape materials that change their position during the day depending on the temperature.Press materials

Delighted Pelc said: “We are glad that our projects were appreciated in China, especially as the Chinese space sector is growing rapidly.

“It is a great distinction for us, considering the number of applications and their level. (…) After the publication of our project in the USA [the team participated in the Mars Colony Prize contest – TFN] we received many interesting proposals related to the space sector, so who knows what will happen after this competition.” 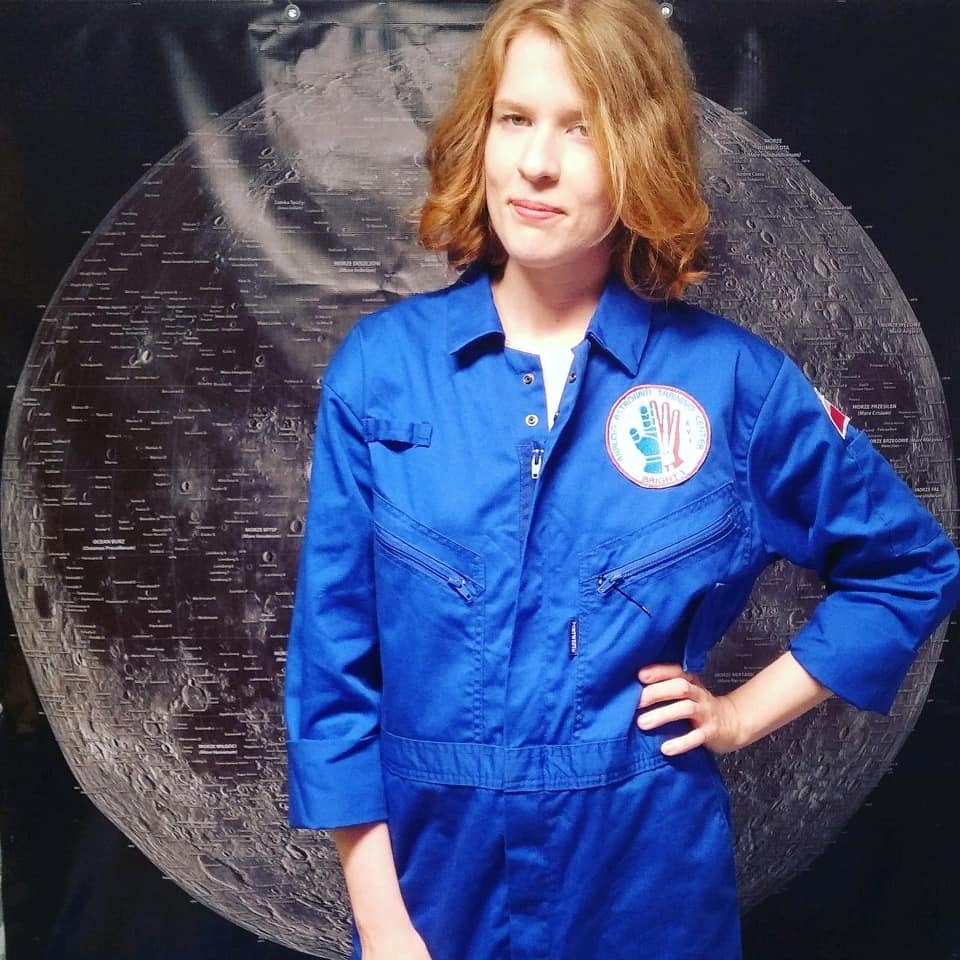 The Future Mars Competition is organized by the China Intercontinental Culture Center (CICC) and SPACEnter Space Science and Technology Institute under the Astronaut Centre of China.

The goal of the international competition which saw over 3,000 projects take part, is to promote aerospace science around the world and to search for creative ideas on future life in the fields ranging from clothing, food, living, transportation to technology applications, entertainment, travel patterns, and education.