Blast from the past: lost wartime concerto lives again after being pieced together

Largely unknown but to the most diligent of classical music fans, a Warsaw-born composer has again been thrust into the global spotlight decades following his death after fragments of one of his lost concertos were pieced together by Poland’s leading violinist, Janusz Wawrowski.

Born in 1883, Ludomir Różycki studied piano and composition at Warsaw’s Conservatory before continuing his musical education at Berlin’s Academy of Music under the tutelage of Engelbert Humperdinck (note: the German composer, not the British crooner).

It was whilst in Germany that Różycki rubbed shoulders with the likes of Giacomo Puccini and Richard Strauss; even more significantly, it was there that he met Karol Szymanowski, Apolinary Szeluto and Grzegorz Fitelberg. 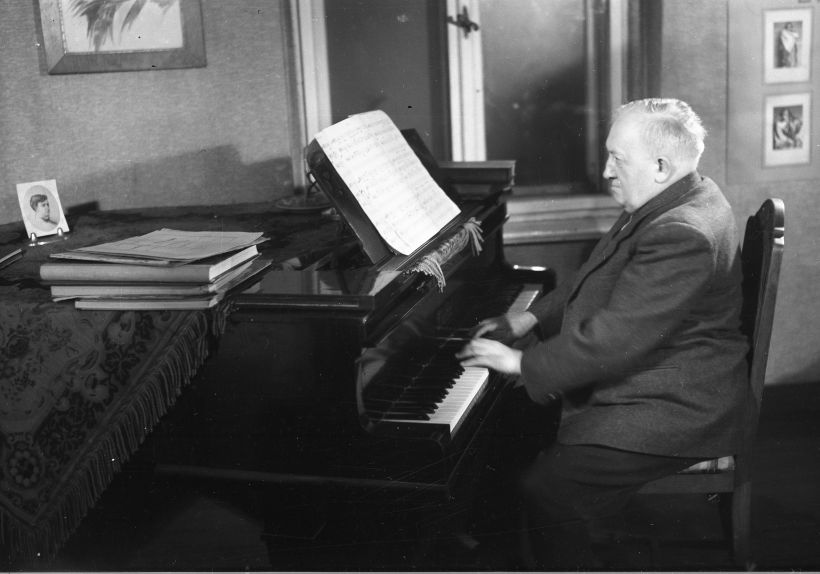 Composer Ludomir Różycki penned the music in Warsaw during the dark days of 1944.Wojciech Kondracki/PAP

Together, the twenty-somethings formed a collective that would become known as the Spółka Nakładowa Młodych Kompozytorów Polskich (the Company of Young Polish Composers). Aiming to promote the new sounds of Poland, the efforts of the four were quickly met with widespread acclaim.

Seemingly in possession of a Midas touch, Różycki’s ballet, ‘Pan Twardowski’, was lauded as “a national masterpiece” by critics and went on to become a European hit. Performed 800 times in Warsaw alone, it racked up rave reviews across Europe and was met with fanfare in locations as diverse as Zagreb, Prague and Copenhagen.

The inter-war years were to prove particularly fruitful, and aside from writing the music for Poland’s first ever film recorded with sound, ‘The Morality of Mrs Dulska’ (1930), Różycki was the recipient of a slew of awards that ranged from The Order of Polonia Restituta to a gold medal awarded by the French Government for his ballet, ‘Apollo and the Girl’. 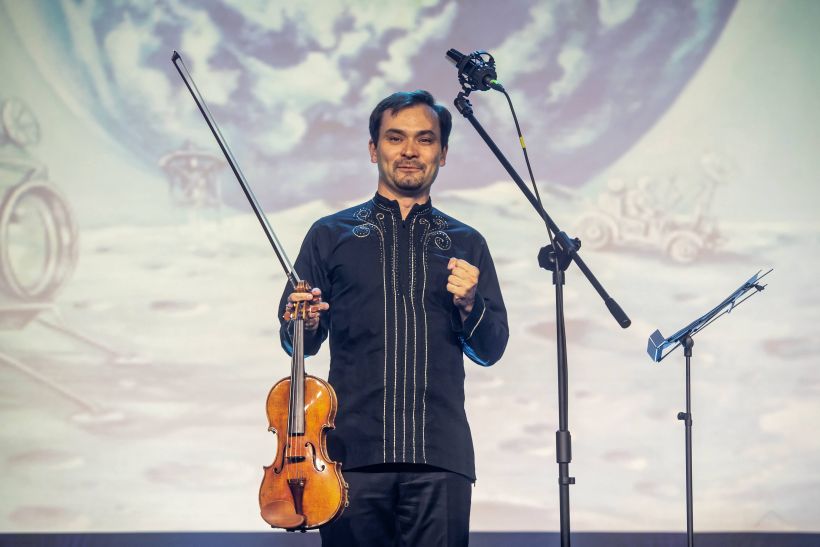 Critics said the music had “hints of everything from ragtime to polonaise”.Grzegorz Michałowski/PAP

With the outbreak of World War II, Różycki asserted his “Polishness” by refusing to sign the Volksliste, a classification system that sought to recognize certain individuals of value as being of German ethnicity.

Though this action bought him to the attention of the Gestapo, who reportedly later interrogated him, it did not stop his output and Różycki continued to perform surreptitiously to members of the Polish underground throughout the duration of the occupation.

Were it not for the outbreak of WWII, there can be little doubt that he would have entered the pantheon of Poland’s greatest composers. As it was, however, Różycki’s Warsaw home was destroyed during the 1944 Warsaw Uprising, and along with it many unpublished scores that the composer had kept carefully hidden. 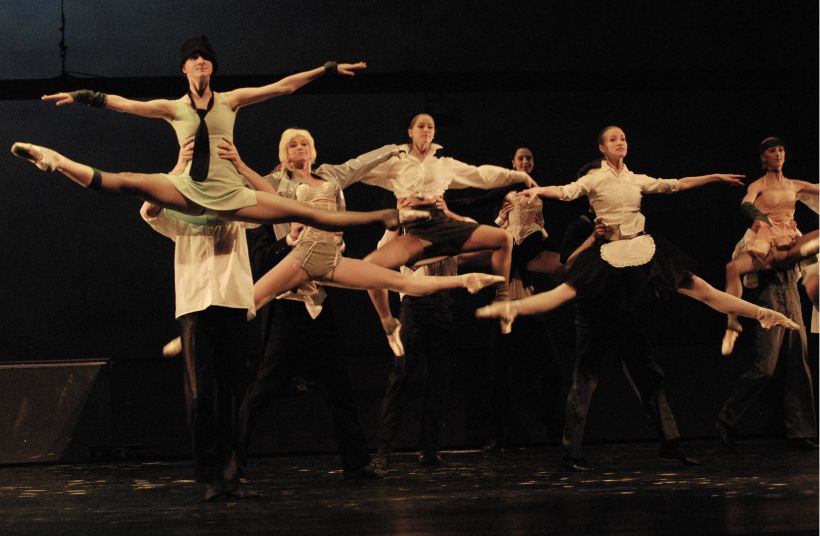 Having been relocated to Katowice in 1945, Różycki dedicated the final eight years of his life to reconstructing the compositions that were wiped out in the inferno of war, though with so many of his musical colleagues either killed or scattered throughout Europe, this was a Herculean task that seemed doomed to flounder. Dying on January 1, 1953, the memory of Różycki quickly faded and for years he became an obscure footnote in the history of Polish music.

The story, however, did not end there. Construction workers clearing the ruins of his Warsaw home later unearthed a suitcase buried in the garden, the contents of which included pieces of a Violin Concerto that had never been performed.

Though these were handed in to the authorities, they were allowed to fester in the archives of the National Library until they were eventually rediscovered by Janusz Wawrowski who soon realized that they matched with a basic piano arrangement penned by Różycki that he had happened upon while scouring a different archive. 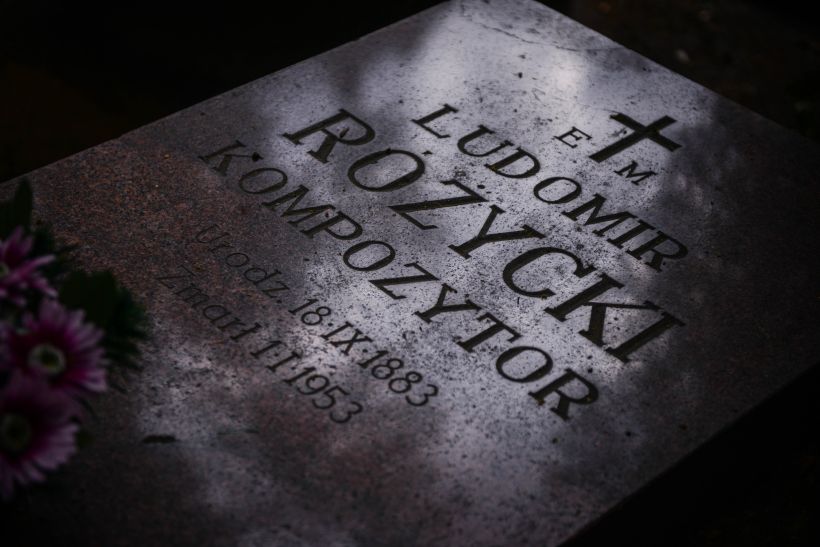 Describing this extraordinary coincidence as “a happy accident”, Wawrowski then set about the complex task of entwining the two incomplete works. Taking nearly 10 years to do so, the result has been more than worth the wait.

“I spent years experimenting to get the sound I think Różycki would have wanted,” Wawrowski told the press.

“I changed it to make it more violinistic, more technically complicated – as he was more of a pianist. To me it’s full of the energy and life of Warsaw before the war, and I think he was trying to conjure and convey this positive energy as he wrote it in 1944 in a very dark time, as the artillery of the Nazis rained down on the city.”

Hailed by The Guardian as an “an exuberant, optimistic work comparable to that of George Gershwin or the film composer Erich Wolfgang Korngold,” the Violin Concerto was performed last week by Wawrowski and Szczecin’s Symphony Orchestra and was met with blanket praise. 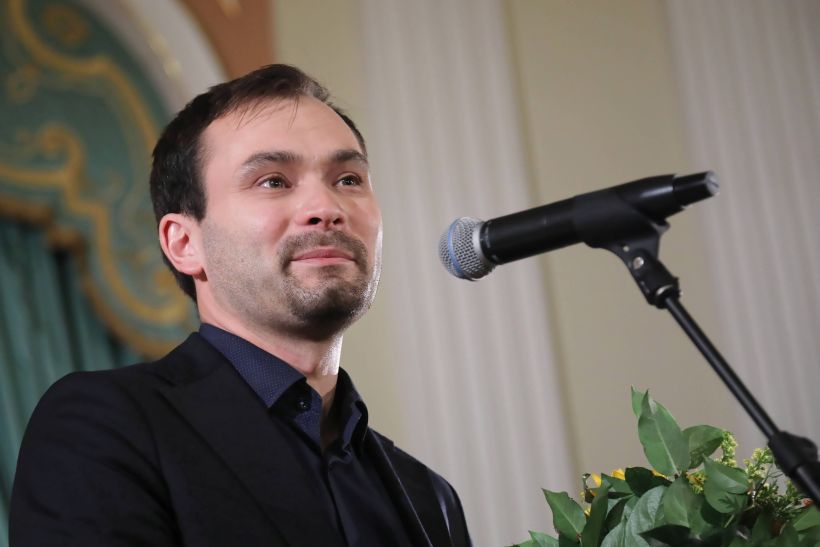 “Wawrowski’s Stradivarius appeared to want to take flight as the musician, dressed in a turquoise silk shirt, lifted and dipped his toes, mastering the many double stops and chords of a piece with hints of everything from ragtime to polonaise,” reported The Guardian.

Having also recorded the Violin Concerto alongside London’s Royal Philharmonic Orchestra, itself led by the baton of Polish conductor Grzegorz Nowak, Wawrowski now hopes that Różycki will be returned to the pedestal his work so richly deserves once it is released next year.