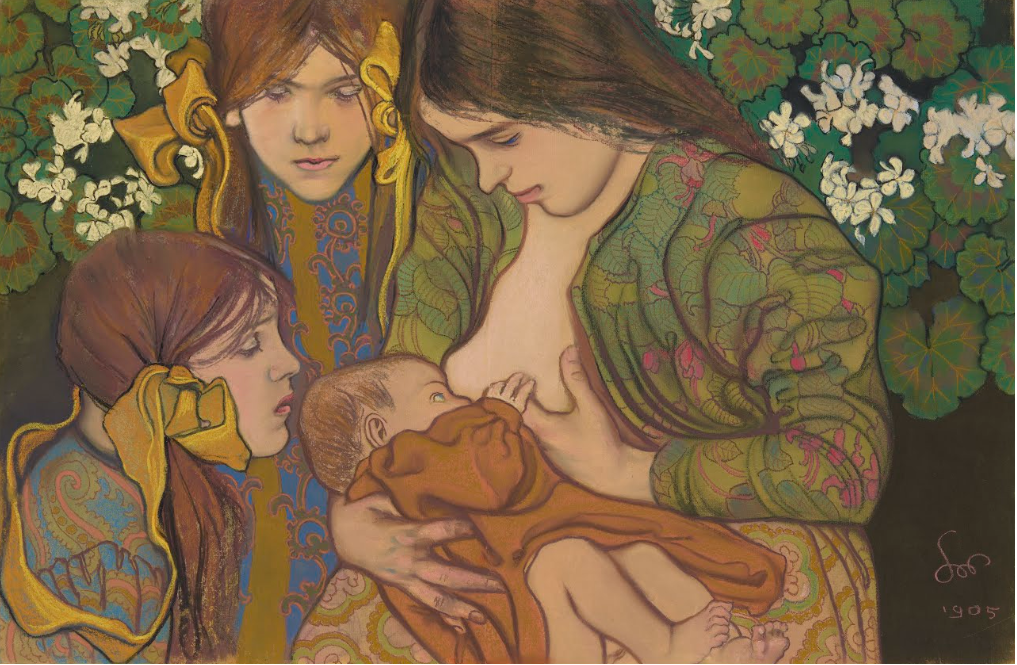 One of the key figures of the movement was Stanisław Wyspiański, who was a contemporary of William Morris and whose painting, Motherhood, is one of the most iconic images associated with the movement.National Museum in Kraków

Entitled “Young Poland” – The Polish Arts and Crafts Movement 1890-1918 , the book which is in English, explores the works of Young Poland artists in the context of international arts and crafts movements, as opposed to ‘art nouveau’ with which they are commonly associated.

Featured on the Financial Times’s list of ‘Best new art books for autumn’, it draws particular parallels with the English arts and crafts movement led by William Morris.

Other artists and works featured in the book include Józef Mehoffer and his unfinished freize ‘Nature and Art’.National Museum in Kraków

During an online book launch, co-editor and curator at the William Morris Gallery, Julia Griffin, said: “It is the world’s first book on Young Poland, seen from the arts and crafts perspective.

“Over the last century, young Poland has been viewed almost exclusively in the context of European art nouveau, this does not allow for a more nuanced understanding of the complexity and values of the movement, it is also contrary to how Young Poland makers viewed their own practice, openly disassociating themselves from art nouveau, so we very much hope that our book can change the existing paradigm arguing that Young Poland displayed more fundamental parallels with the international arts and crafts movement which began in Britain in the 1880s.” 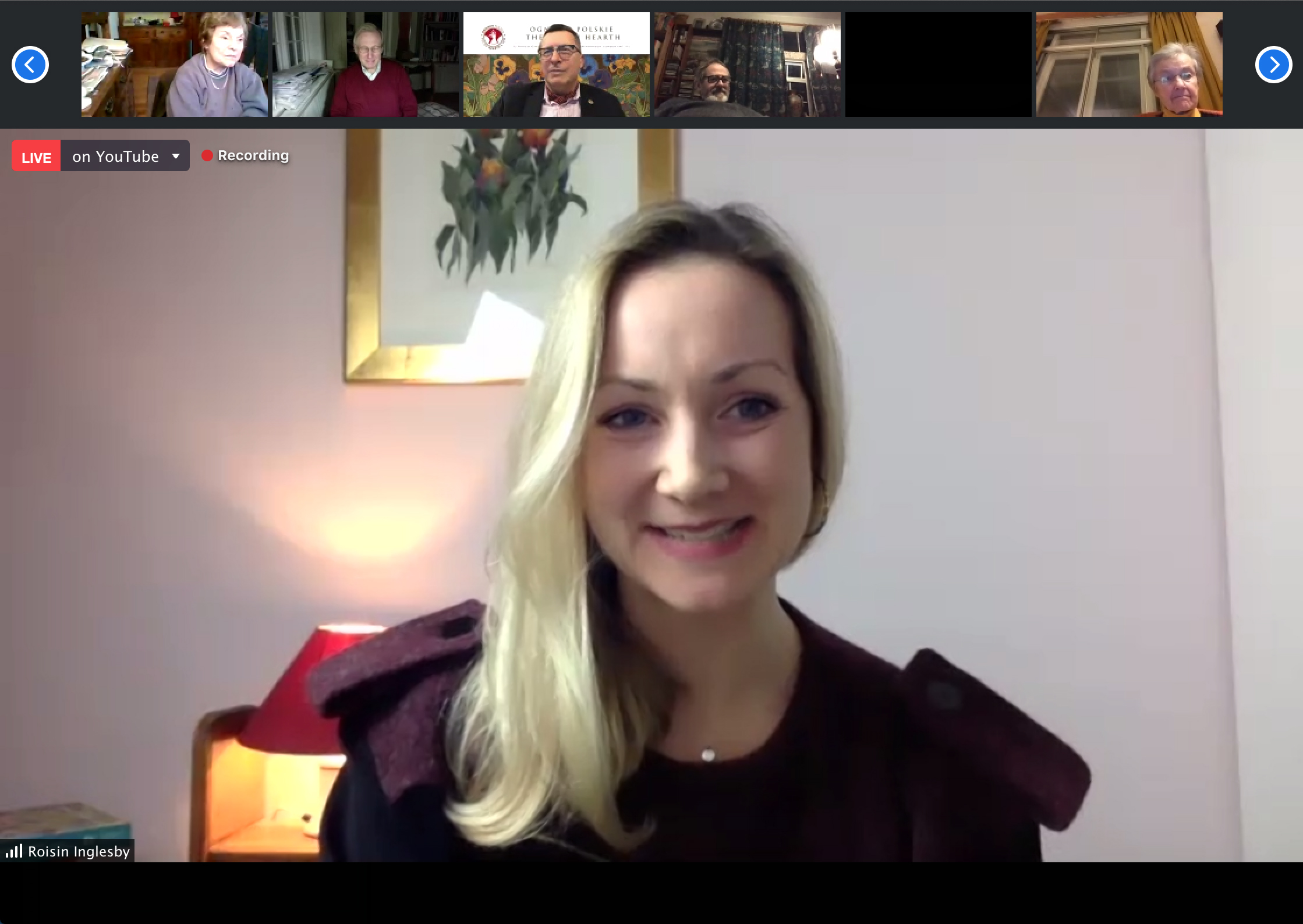 Roisin Inglesby, senior curator at the William Morris Gallery, said there were many visuals similarities between William Morris’s work and that of the Young Poland movement “even though they were created in different countries and at different times.”  Ognisko Polskie/Twitter 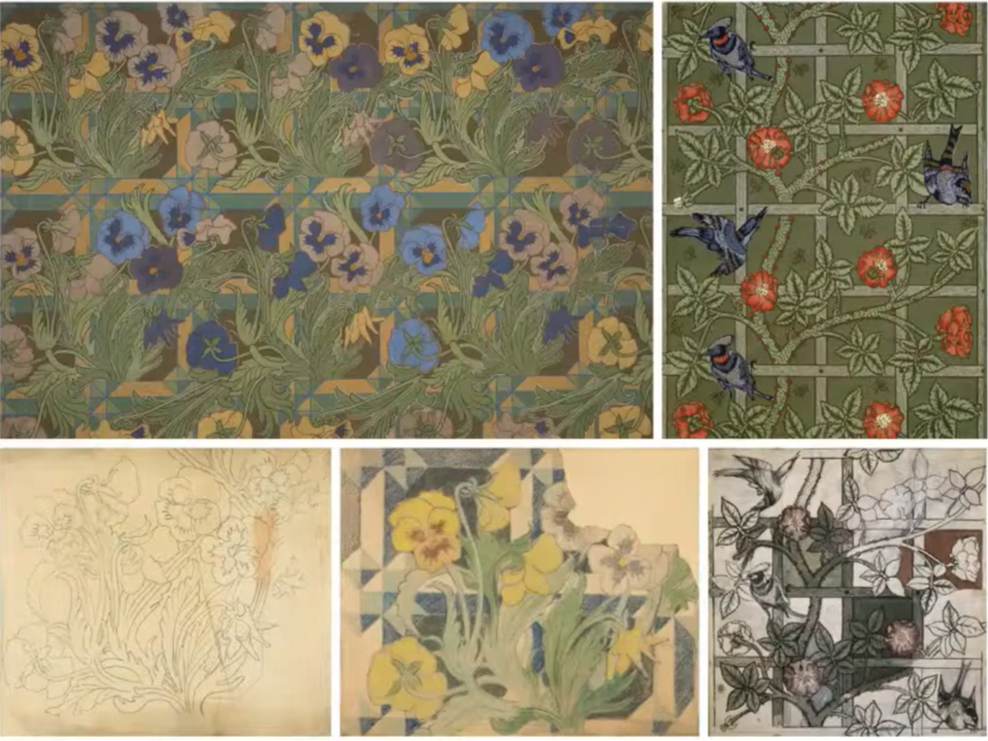 Young Poland began under the Austrian partition of Poland at the end of the 19th century in an area known as Galicia, today the area around Kraków and Zakopane in the Tatra Mountains. It was a patriotic movement which was largely a response to the non-existence of Poland at the time, when it was under partition between Austria, Russia and Prussia.

The National Museum of Kraków has the largest collection of art from Young Poland in the world and many of the works featured in the book can be found in the museum’s collections and other Kraków institutions. 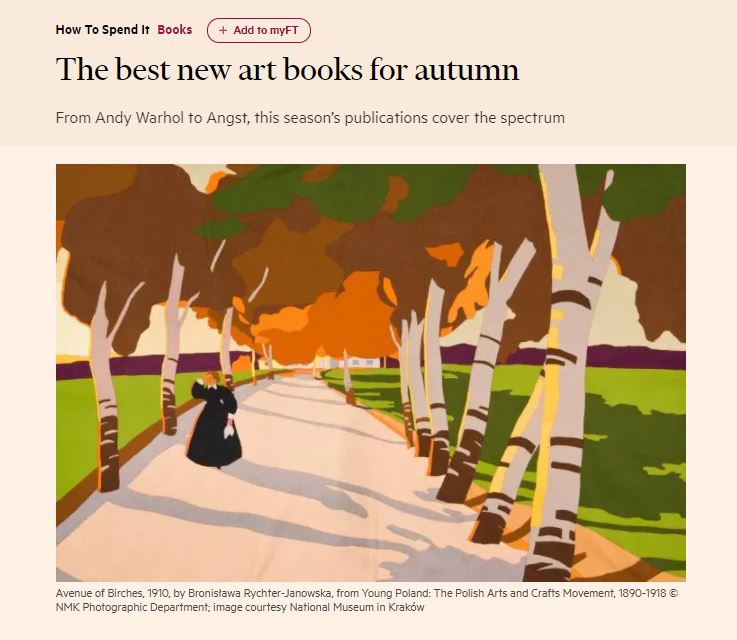 The book is featured on the Financial Times’ list of ‘Best new art books for autumn’.FT

One of the key figures of the movement was Stanisław Wyspiański, who was a contemporary of William Morris and whose painting, Motherhood, is one of the most iconic images associated with the movement.

Other artists and works featured in the book include Józef Mehoffer and his unfinished freize ‘Nature and Art’, Henryk Uziembło’s Stanied glass ‘Spring’ and Stanisław Witkiewicz’s exterior and interior design for the House under the Firs in Zakopane, which initiated and popularised the Zakopane style of architecture and interior decoration. 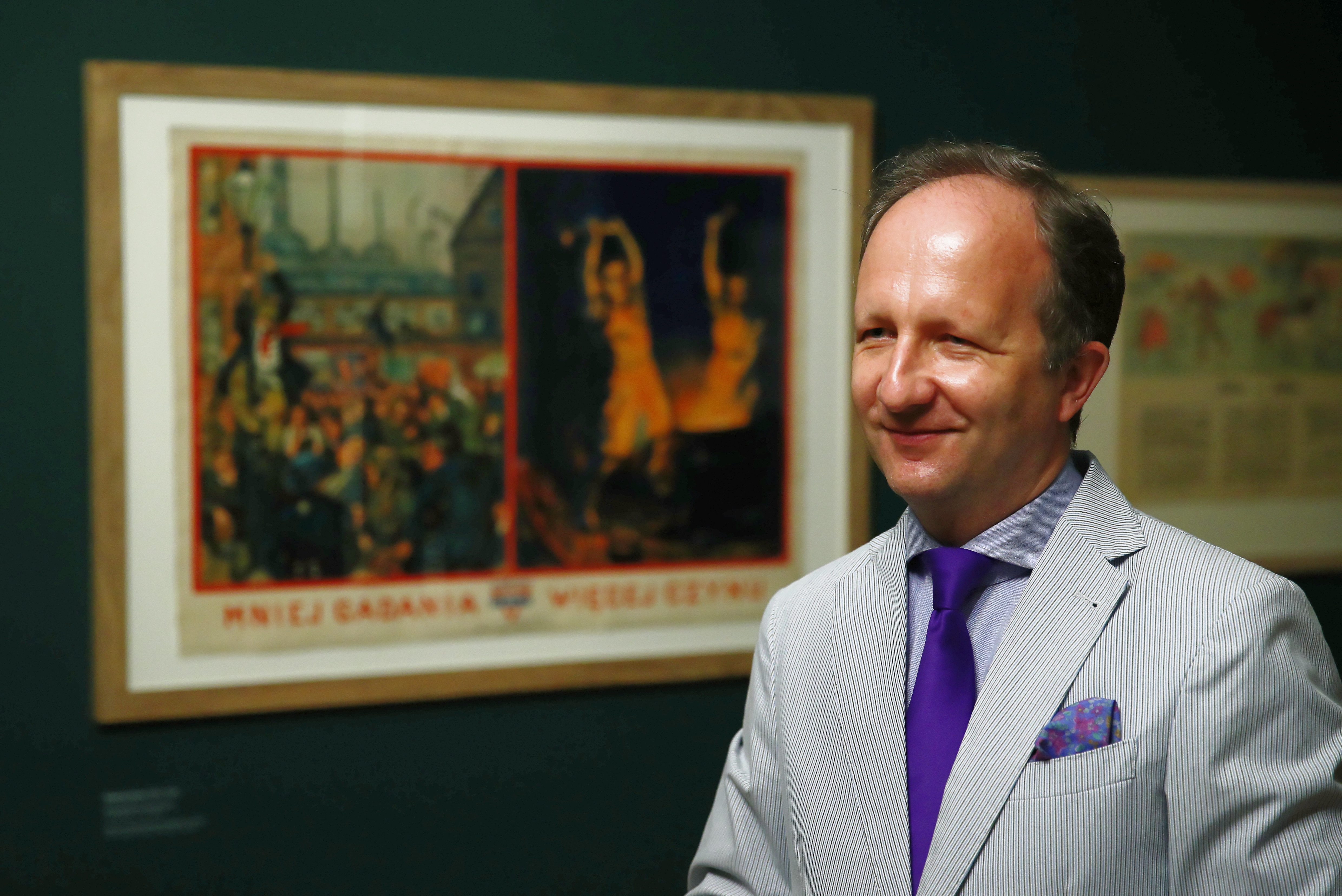 Co-editor of the book, Professor Andrzej Szczerski, Director of the National Museum in Kraków, said that “contacts between Polish and British arts and crafts artists of the pre-war period” have been “underestimated.”Łukasz Gągulski/PAP

The book also explores the contribution of less commonly known artists of the period, including Maria Pawlikowska-Jasnorzewska, who was more famous for her poetry, but who also painted intricate watercolours inspired by folk themes and Karol Kłowsowski, who was a sculptor, creator of intricate wood carvings for the design of his ‘Silent Villa’, and also produced intricate and unique animal themed paper cuttings and lace designs.

Through a series of over 250 elaborate supporting images, the book seeks to show how the artists of Young Poland were more than just ‘art nouveau’ inspired painters and were instead heavily inspired by the craftsmanship of highlanders from the Tatra mountains, as well as nature, history and peasant traditions and embraced these themes in their craft as well as their paintings.

Amongst others, the book tells the story of Young Poland through images of furniture, architectural and interior designs, paper cuttings and textiles, as well as wood carvings and stained glass and more unusual objects like engraved book bindings and even Christmas decorations.

The book will be published on the 1st December by Lund Humphries and will be available on the William Morris Gallery website. 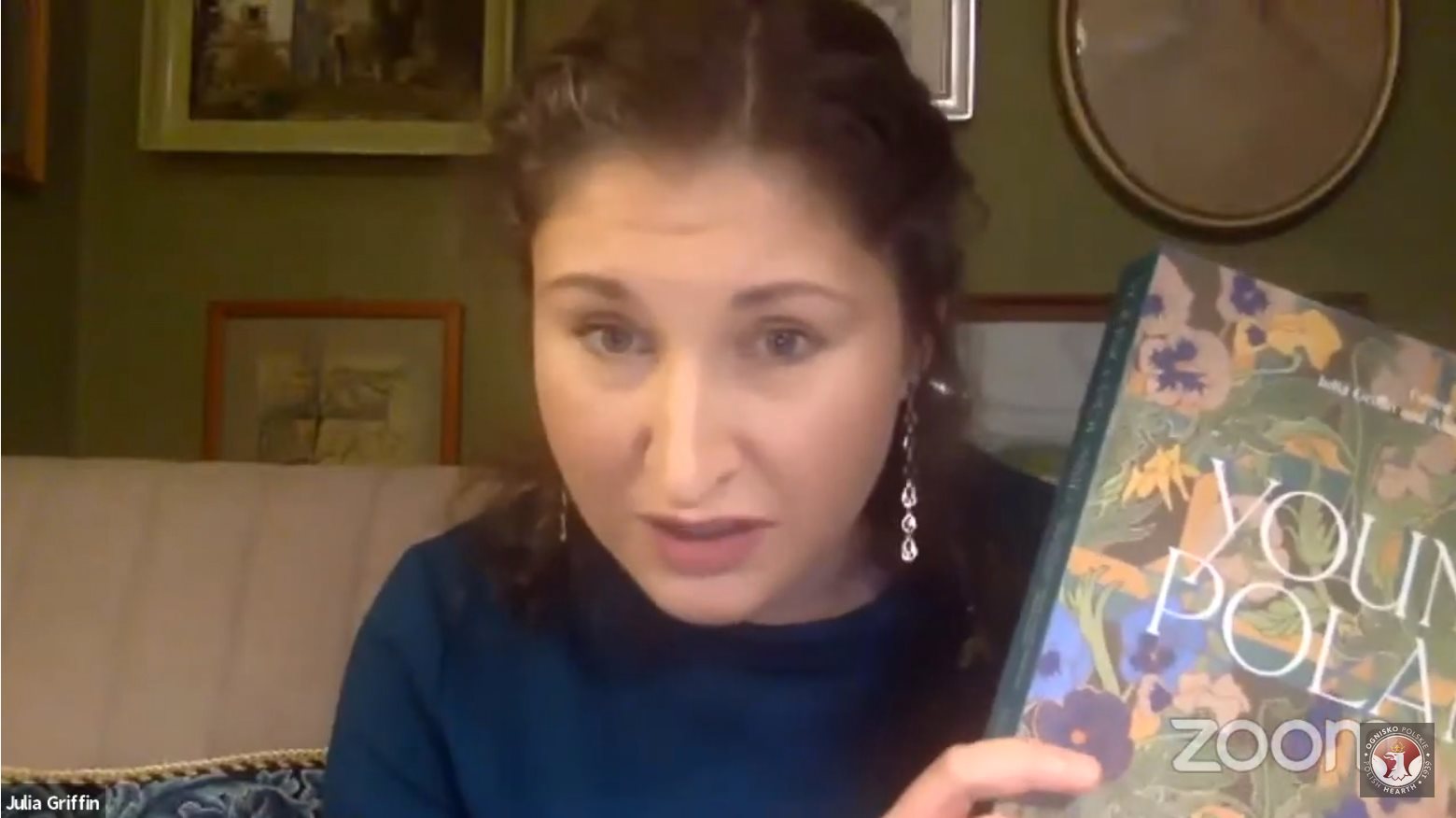 During the book’s online launch, co-editor Julia Griffin from the William Morris Gallery said: “It is the world’s first book on Young Poland, seen from the arts and crafts perspective.”Ognisko Polskie/YouTube

It is the pre-cursor to a major exhibition of the same name which will be held at William Morris Gallery in October 2021.

The book was the result of a length research project co-financed by the Polish Ministry of Culture and National Heritage and was edited by Prof Andrzej Szczerski, Director of the National Museum in Kraków and art historian Julia Griffin from the William Morris Gallery and co-authored with Roisin Inglesby, Senior Curator, William Morris Gallery.