Beer today, not gone tomorrow. Nor the day after: 9th Warsaw Beer Festival gets underway

As a barometer of how far Polish brewing has come, there aren’t many indicators more accurate than the Warsaw Beer Festival.

From modest beginnings, the capital’s twice-yearly drink-up has come to be acknowledged as one of the key events in Central Europe’s craft beer calendar.

“To me this is the most important beer festival in Poland,” says one of the organisers Artur Napiórkowski, “and I’m pretty sure I’d say the same even if I wasn’t involved in organizing it!” 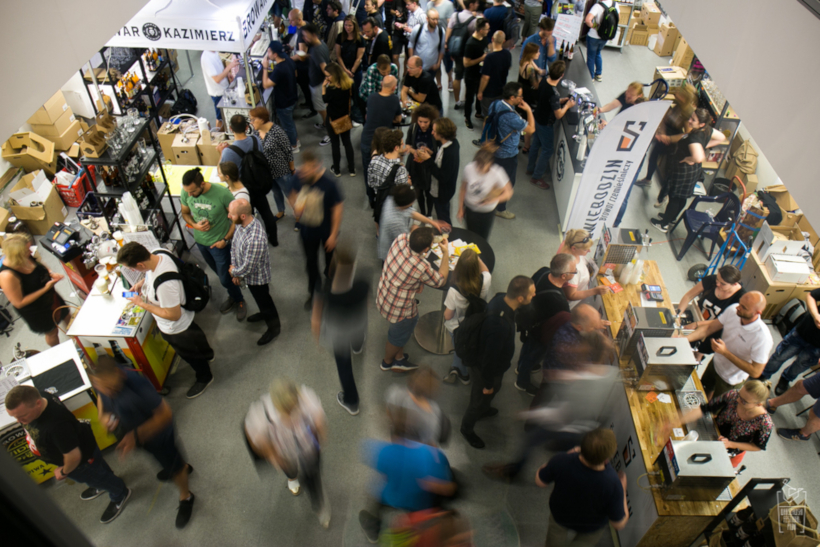 The pint of no return: Day 1 sees the en masse arrival of a wave of beer geeks.Warszawski Festiwal Piwa

Structured around a quality-first approach, the festival has come to assume an almost ambassadorial role, pushing only the best beer brewed in the country to an audience that’s come to be increasingly international. “Most festivals accept any brewery, producer or food truck, so long as they pay-up to be present,” continues Artur, “but our formula is different – if you’re not good enough, we don’t care how much you’re willing to pay, we’re only on the look-out for those that are able to exceed a certain standard.”

“Deciding who makes the cut is hard work,” says Paweł Leszczyński, who along with Jacek Materski founded the festival in 2014. “It’s mandatory that the brewery has to be independent, and from the beginning we were clear that this festival would be a celebration and showcase of the Polish craft beer scene. Obviously, we have a few foreign breweries as guests, but we can’t keep everyone happy. We need to draw a line so we’re only interested in people that are creating trends, rather than following them. If you’re doing something radical, then you’ve got our attention – but of course, in the end, a lot of it all boils down to our own intuition.” 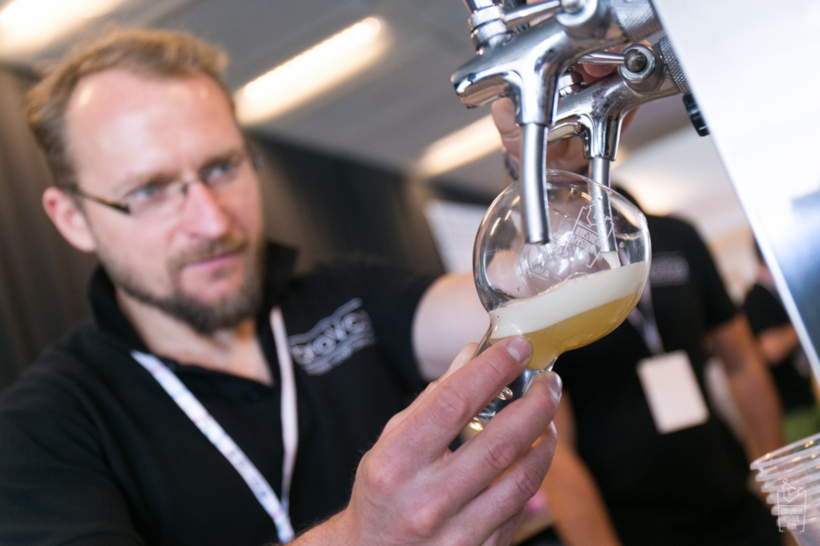 Structured around a quality-first approach, if the beer’s not good it doesn’t get in.Warszawski Festiwal Piwa

So far, this sixth sense has held the festival in good stead, but so too has the hand of fate. First held in a sweaty warehouse in a distant armpit of Warsaw, the sequel was placed in jeopardy after the venue that had been earmarked to host the event broke the agreement with three months to spare. Panic ensued, but a new home was found in the shape of the Legia Warszawa football stadium.

Rebuilt in its entirety just a few years previous, the state-of-the-art facilities and infrastructure helped propel the festival to the next level. With the beer festival and the stadium making for natural bedfellows, it was as if the stars had aligned. 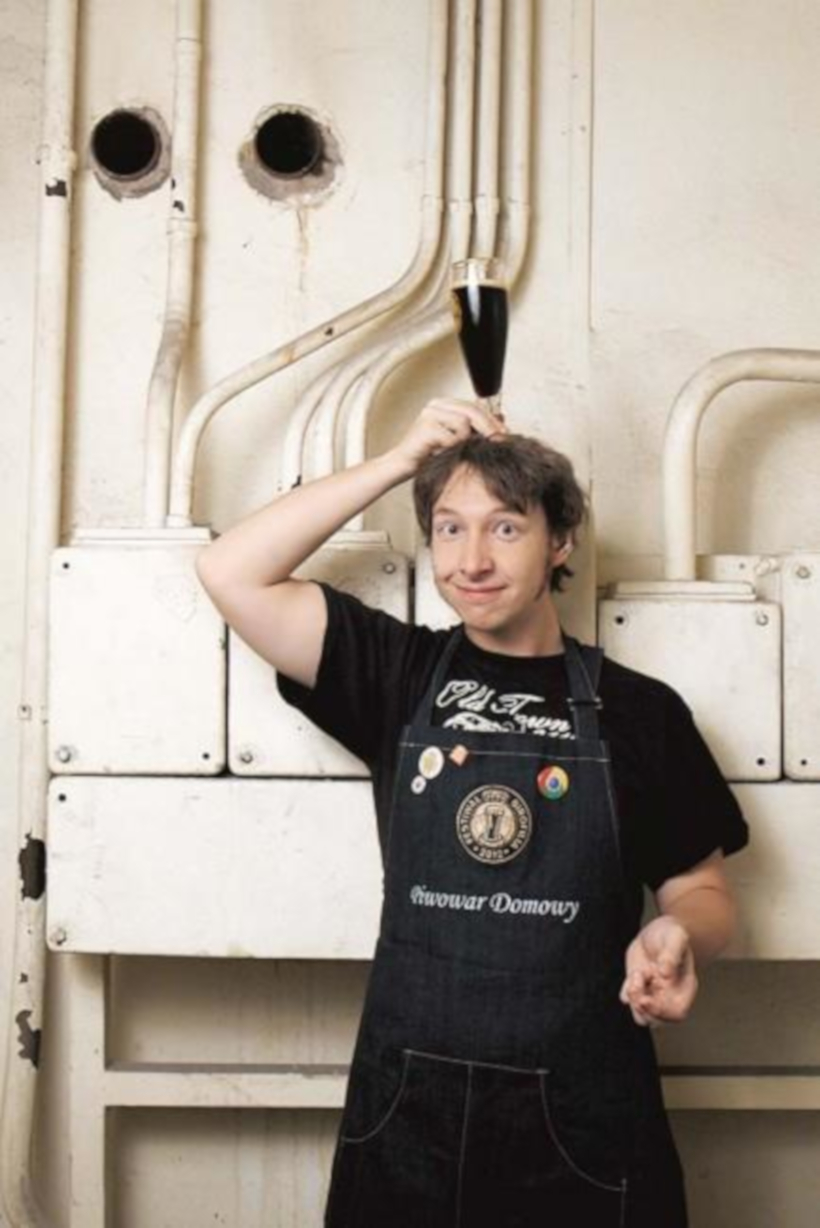 Along the way, valuable lessons have been learned. “We made loads of silly mistakes during the first festival,” grins Paweł, “and I think one of the biggest ones was actually working too hard – Jacek was out there cleaning toilets while I was running around inside with a mop. When you’re the public face of a festival you can’t be doing that, you need to be out there meeting and greeting people, communicating with bloggers, brewers and guests. Us Polish love to complain, so if a Polish visitor can’t find an organizer, they’ll sure as hell complain to the next person who’ll listen!”

If the festival’s maiden outing was marred by confusion, nowadays it’s settled into a clockwork rhythm. May’s installment, the eighth edition in all, saw 62 exhibitors serve 593 beers and ciders to an overall audience of 13,000 visitors. “Although it’s not the biggest Polish festival in terms of attendance,” admits Artur, “I’d argue it’s the most prestigious.” 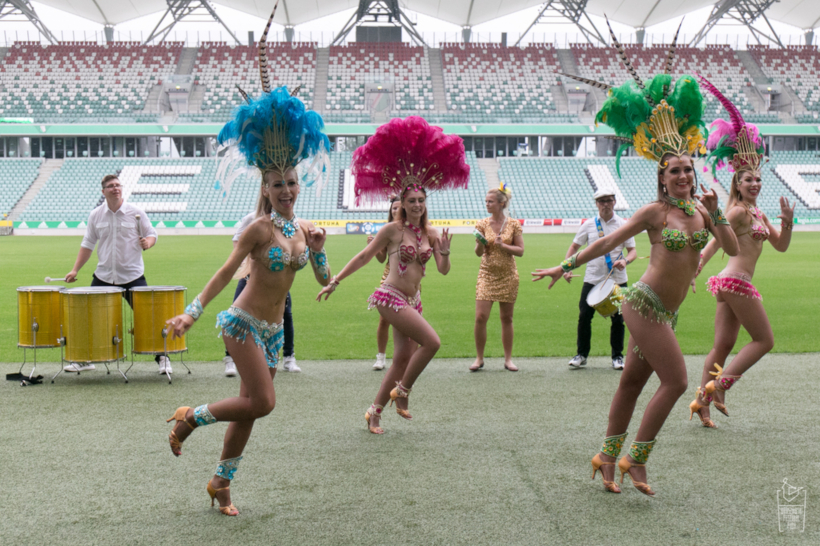 The capital’s twice-yearly drink-up at the Legia Warsaw football stadium has come to be acknowledged as one of the key events in Central Europe’s craft beer calendar with Day 2 taking on a party atmosphere. Warszawski Festiwal Piwa

It’s a point that Paweł agrees with. “If you asked what we look to change with each festival, you’d actually be better off directing that question to the breweries: for them, this isn’t ‘just another festival’. For many, it’s the only such event they attend all year, so they’re usually looking for new ways to maximize their impact.” But that’s not to say that Paweł & Co. are resting on their laurels. Upping the ante, this year has seen a coup of sorts with star guest Steve Dresler booked to appear. Viewed by beer nerds as a hop-given prophet, it was under his guiding hand that Sierra Nevada came to be regarded as one of the planet’s top breweries.

Further, excitement is building regarding the amount of New England IPA that stands to be swilled. “The best thing to happen this year was the emergence of this new style,” says Paweł, “sure, not all of it has been good, but the idea of a juicy, misty, hoppy beer has again changed our perceptions of what a beer can be.”

In many respects, its developments such as this that have created the necessity to hold the festival twice a year. “The craft beer scene changes so fast,” reasons Paweł, “that we felt it’d be disservice to show all the trends and ideas coming through if we only held an annual festival.” 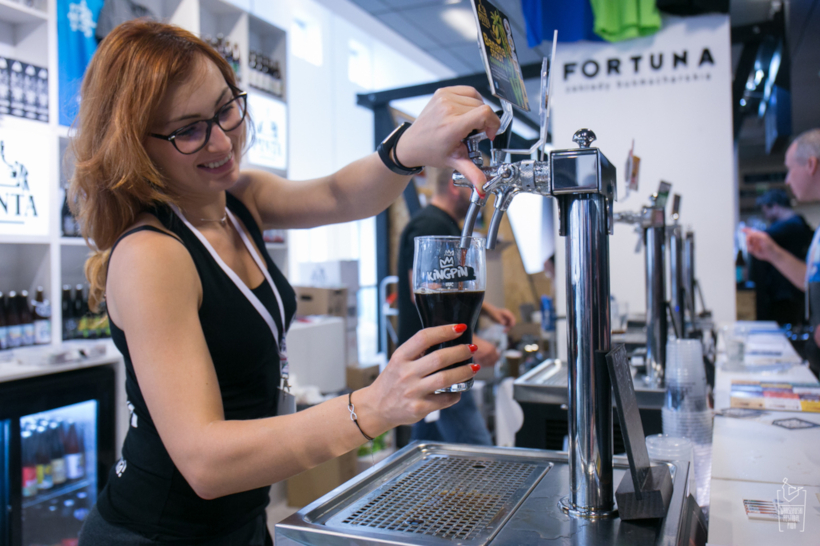 Day 3 is a lot more chilled out with some of the best-selling taps having already run dry, but there’ll still be around 400-odd beers with which to play.Warszawski Festiwal Piwa

The public, it appears, wholeheartedly agree. Unlocking their doors as we went to press, Day 1 sees the en masse arrival of a wave of beer geeks. “Today is for people really serious about their beer,” notes Paweł, “the kind of people who are ready to take a day off work so they can be among the first to try all of the new beers.”

The other days? “Friday is when the venue turns into a giant party pub and all the brewers really try and show-off, while Saturday is a lot more chilled out – yeah, some of the best-selling taps will have already run dry by then, but you’ll still have probably 400 odd beers with which to play.” So what then about Sunday and the inevitable hangover? “It’s important to understand,” says Paweł sounding grave, “that just like happiness and sadness, hangovers are part of the pattern of life – we must learn to accept them.”

Ear we go! Volunteers arrive in Cameroon to help children with hearing problems

It’s pan-tastic: pizza more popular in Poland than in Italy as order-in food