A Polish makeup artist has sent the internet into meltdown with her incredible Cosplay creations.

Justyna Sosnowska, who goes by the name Sosenka, began playing around with special effects makeup as a hobby.

Now the self-taught artist who has a degree in Landscape Architecture has nearly 1 million followers on social media with her transformation into elves, princesses, videogame warriors and fantasy and sci-fi film and fiction characters. 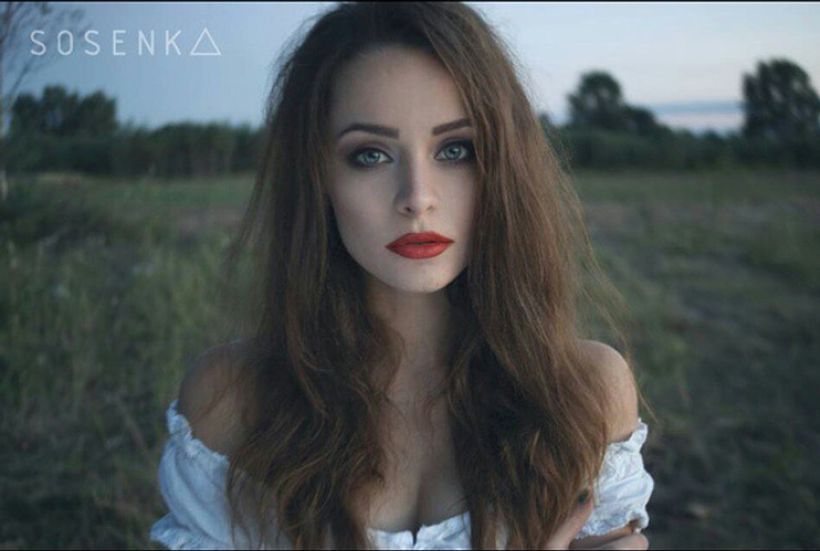 Justyna has a degree in landscape architecture from Wrocław university.Sosenka/Instagram

She admitted: “Honestly, it’s beyond my wildest expectations. Especially since what I do is the effects of skills acquired through trial and error. This really motivates me to continue to pursue this passion.

“I fell in love with what I do. From various technical methods of mapping the images of the characters to strengthening certain personality traits such as patience, precision in pursuit of the goal." 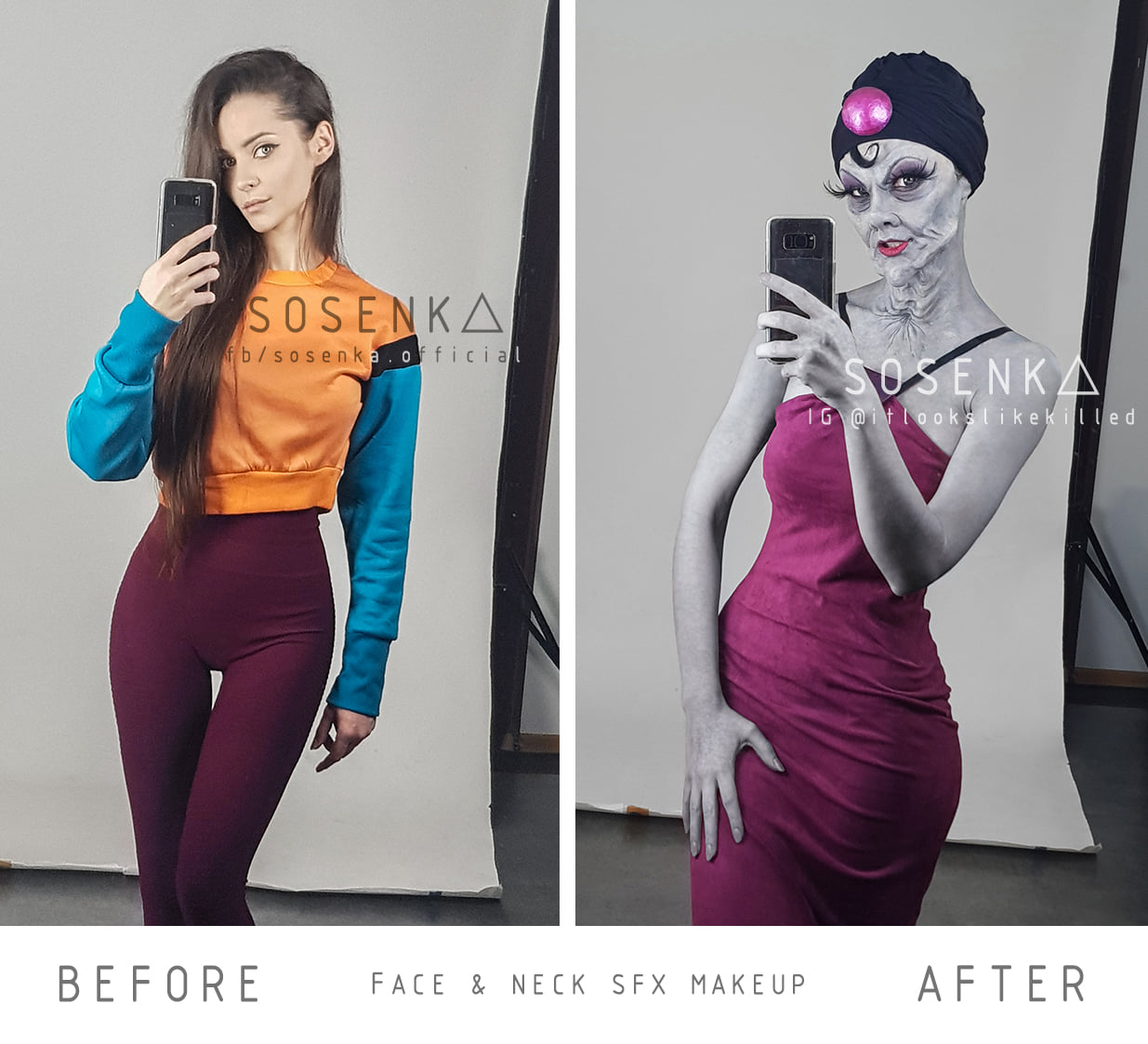 Sosenka said: “Before and after my Yzma makeup test! It was supposed to be for portrait pics only so I made face and neck prosthetics and painted my body grey.”Sosenka/Facebook

The brunette who lives near Wrocław said it all began when she created a Facebook fan page in 2014 for fun.

She had been to a Cosplay event and fell in love with the look. She began to design her own creations which she then painted onto her face and body. 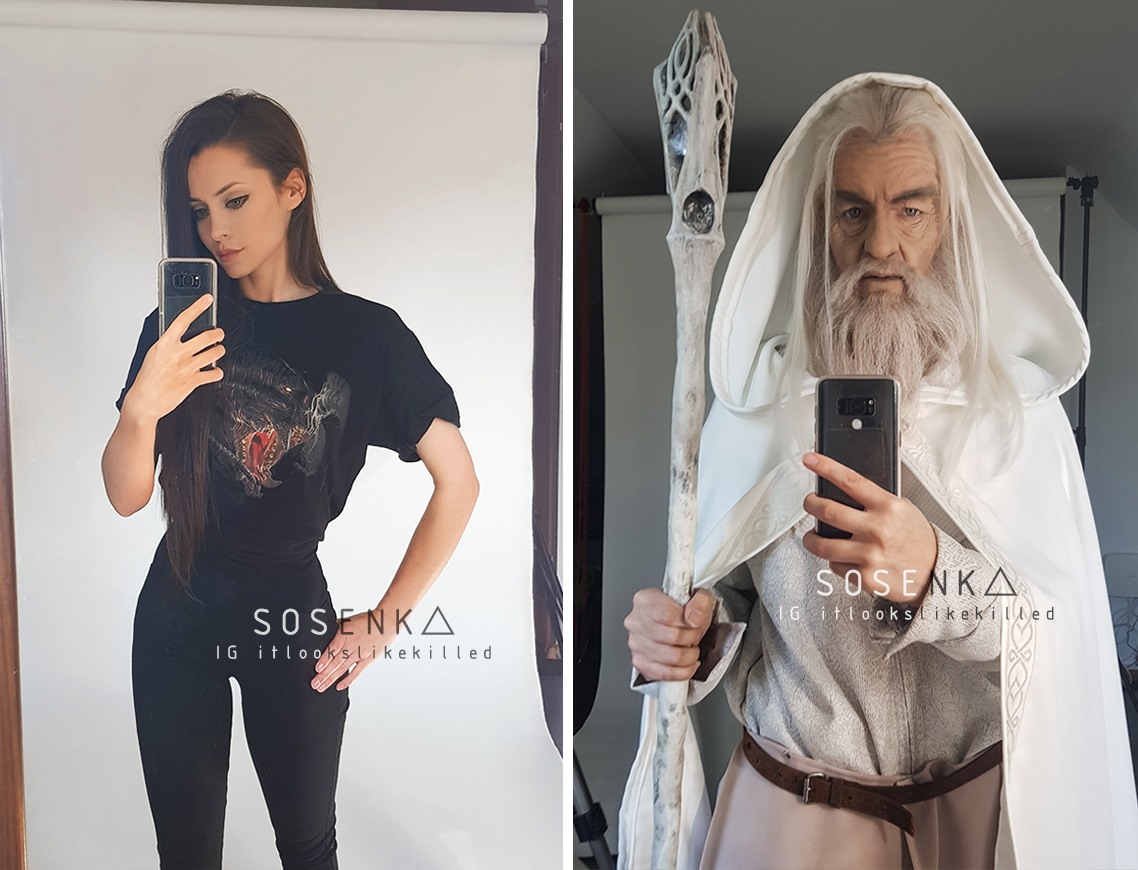 Here Sosenka transforms into Gandalf from Lord of the Rings.Sosenka/Facebook

As the likes and followers began to roll in she started taking it more seriously going from simple face paint to incredibly intricate and detailed full-body Cosplay costumes. 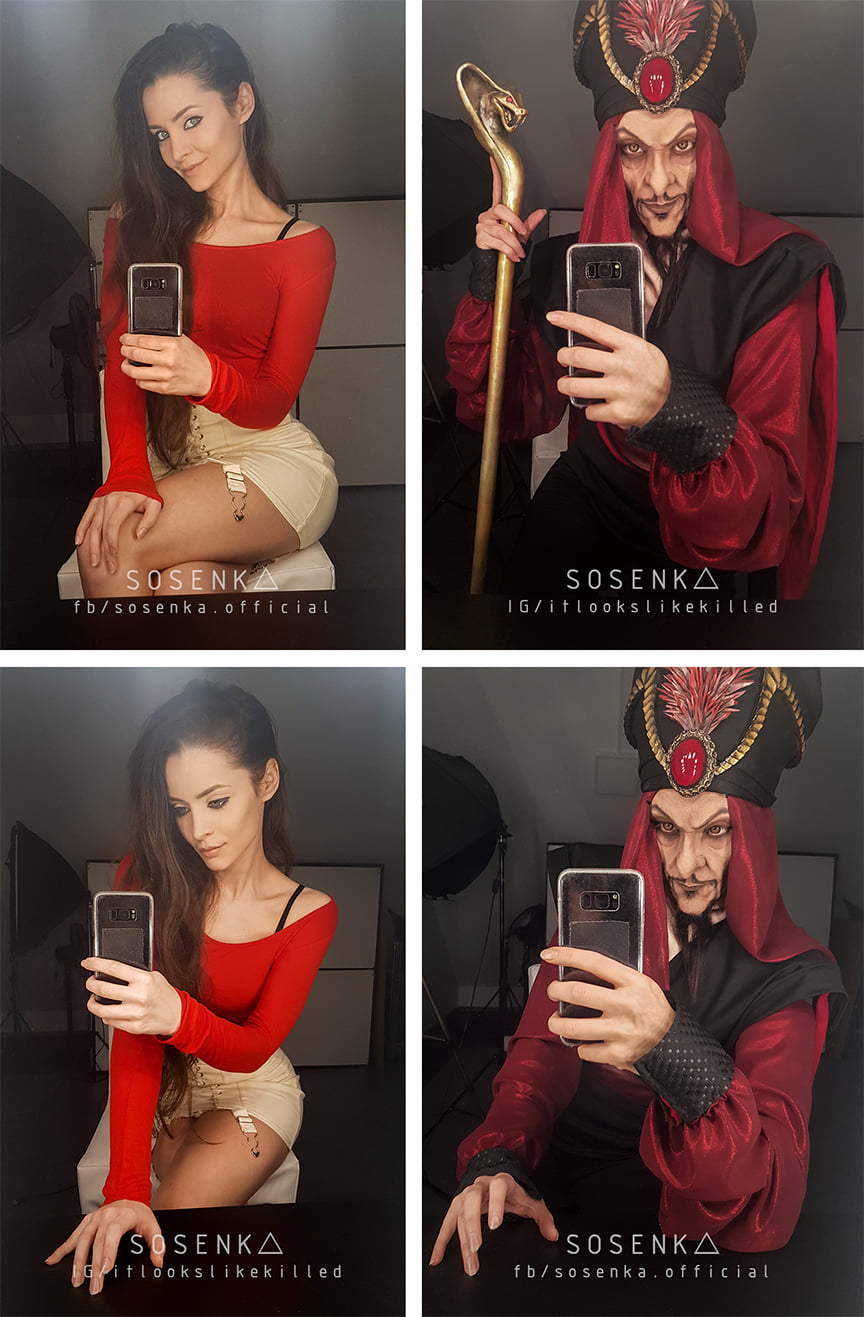 Now she spends between two to five hours working on one character, creating the makeup and prosthetics and transforming herself into the characters, from Jack Sparrow in Pirates of the Caribbean to Dragon Ball’s Majin Buu and an Orc from The Hobbit, to name but three.

She said: “I use ordinary cosmetics, body paints and wax or latex milk, and I also make beards with synthetic or natural bristles. 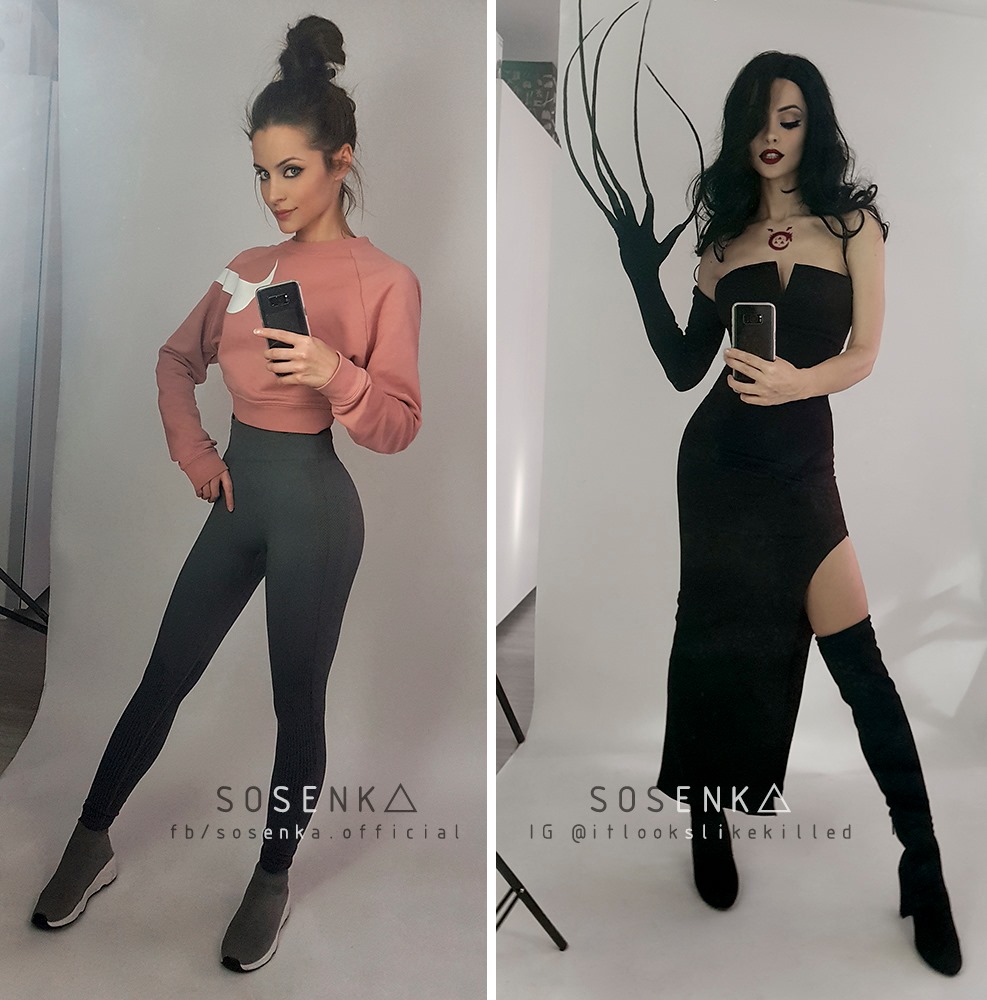 The Wrocław designer fell in love with Cosplay after going to an event and began to design her own creations which she then painted onto her face and body.Sosenka/Facebook

“I draw inspiration from art - films, series, cartoons, games, books. I have a great time studying the image of a character, picture it on myself or suggest my own version.

“A well-defined face is one of the most important parts of cosplay, which I try to pay attention to with my works.”

This article was first published in September 2018.