The Auschwitz Memorial Museum has obtained a baton used by a camp inmate who conducted the camp’s orchestra.

The baton, which the museum received from a private individual, belonged to Franciszek Nierychło, a controversial figure who was the first conductor of the camp orchestra made up of prisoners.

Museum director Piotr Cywiński, who displayed the 32-centimetre wood and ivory baton at a special meeting for journalists, said: “This is an emotionally very sensitive object.

“The orchestra was very controversial among prisoners. On one hand, on many occasions it saved eminent musicians from the hardest labour, and during rehearsals and concerts on Sundays it allowed prisoners to experience something emotional.” 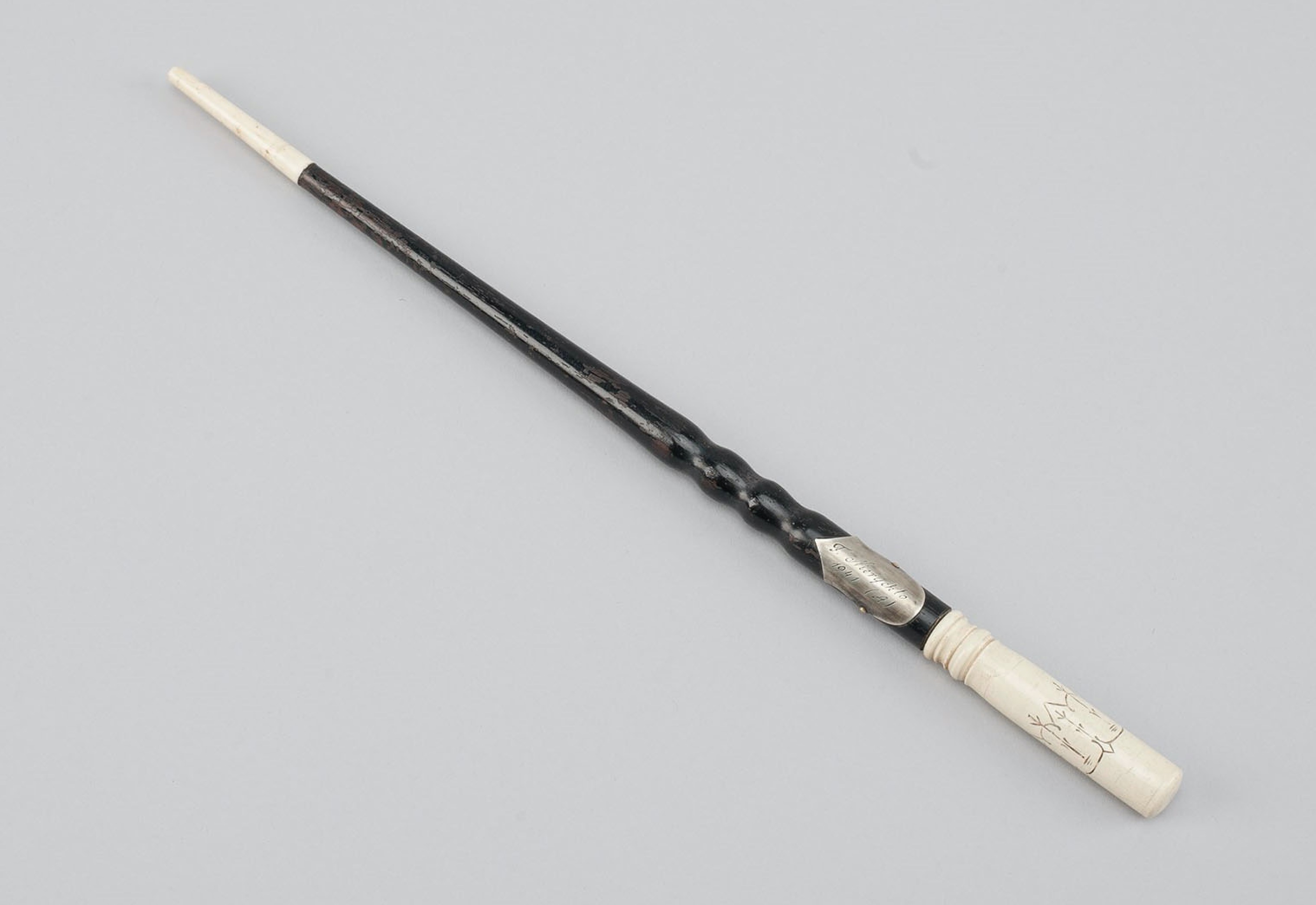 The baton, made from wood and ivory, belonged to inmate Franciszek Nierychło.The Auschwitz Memorial Museum

However, the orchestra was also one of whole range of tools that the SS used to torment the prisoners.

Paweł Sawicki from the museum told TFN: “When the work commandos returned to the camp at the end of the day, the guards had to count them. To make this more efficient, they were forced to march to the fast rhythm of the orchestra. This was a form of torture because the prisoners were exhausted and hungry. Also, if a prisoner had died during the day, they also had to be carried back by the prisoners from the same work commando.”

The baton probably belonged to Nierychło before the war.

Elżbieta Chajzer, head of the museum’s collections said: “According to one former prisoner, just after the orchestra was created, the SS allowed musicians to have their instruments sent from home. Therefore, it is highly likely that the baton arrived at the camp this way.” 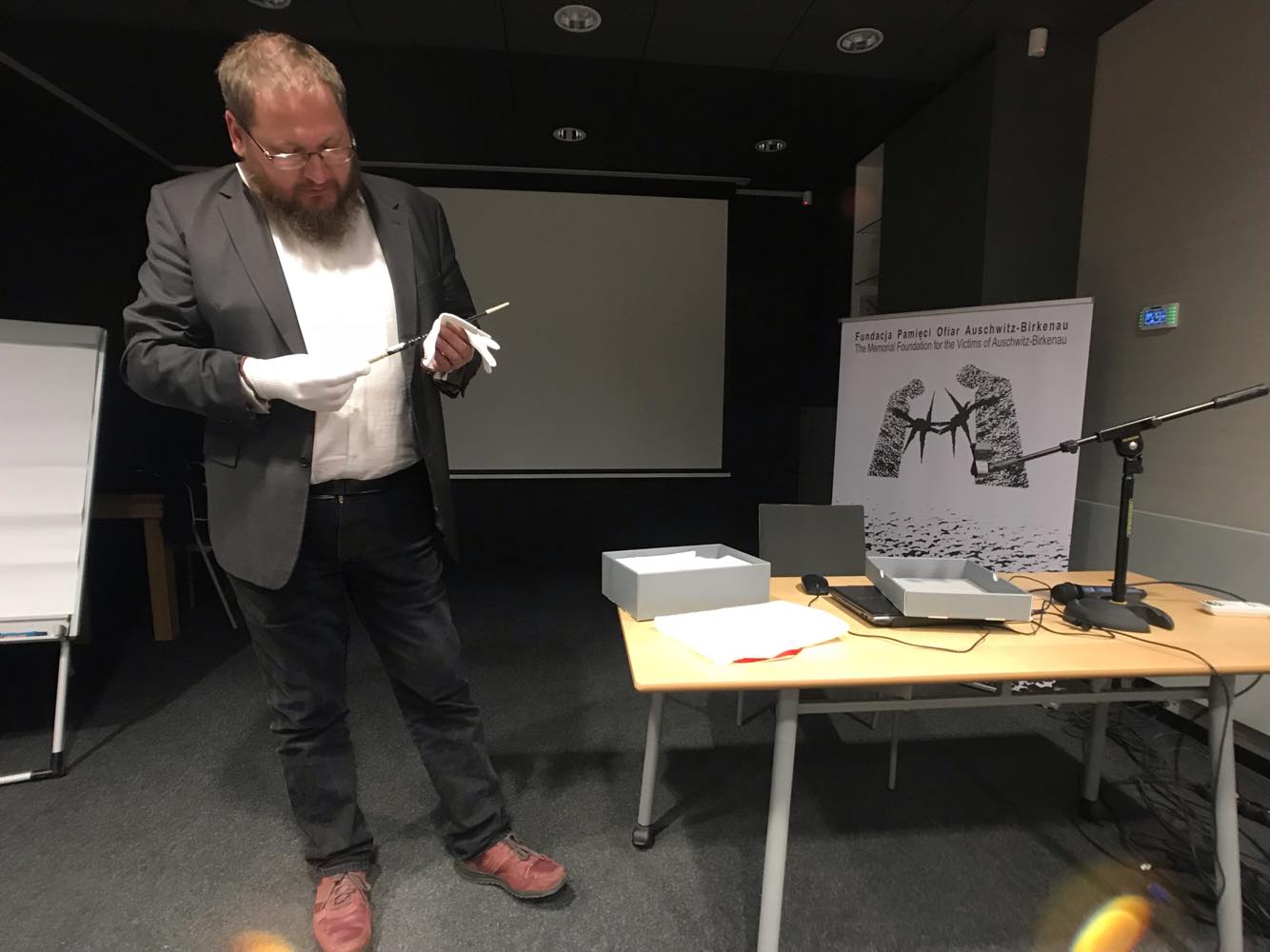 Before the war, Nierychło worked for the post office in Kraków, where he also conducted the post office orchestra. According to accounts from former prisoners, he started to collaborate with the Germans, but when the Gestapo heard that he had participated in the third Silesian uprising against the Germans when Poland was regaining its borders in 1921, he was arrested and sent to Auschwitz.

Nierychło was among the second transport of Polish political prisoners that was sent to Auschwitz. When he arrived on June 20 1940, shortly after the former Polish army barracks had been turned into a concentration camp by the SS in May 1940, he received prisoner number 994 and was given the job of kapo in the camp kitchen.

In the autumn of 1940, he joined the camp orchestra playing the oboe, and then started to conduct the orchestra.

He carried on doing this until his release in May 1944, which the museum believes was probably happened because he signed the Volksliste, a declaration of German origin.

During his time working in the camp kitchen, Nierychło was remembered in the testimony of other prisoners for his brutality towards other prisoners and for his servile attitude towards the SS. Other former prisoners, however, explained that it was impossible to behave differently in front of the SS.

After the war, Nierychło was arrested in Poland for his actions in the camp and was sentenced to 12 years imprisonment, which was shortened after he worked off some of this period in a coal mine. 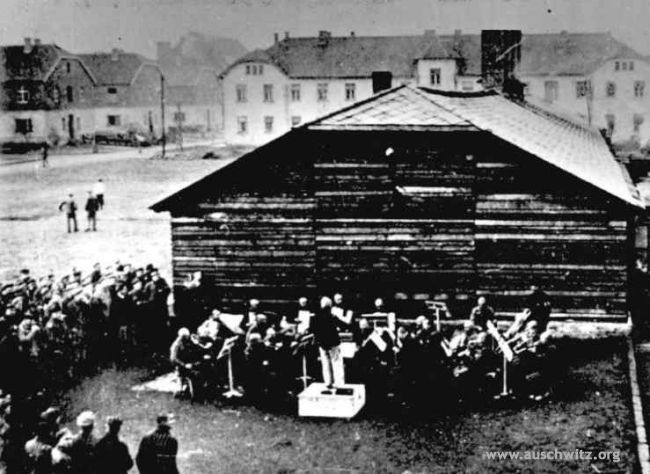 Paweł Sawicki from the museum told TFN: “When the work commandos returned to the camp at the end of the day, the guards had to count them. To make this more efficient, they were forced to march to the fast rhythm of the orchestra. This was a form of torture because the prisoners were exhausted and hungry. Also, if a prisoner had died during the day, they also had to be carried back by the prisoners from the same work commando.auschwitz.org

On release, he returned to music, playing the oboe in the State Operetta in Łódź. He died on November 29, 1977.

Nierychło was a prisoner of Auschwitz I, which was opened as a concentration camp for Polish political prisoners. Auschwitz II-Birkenau was the combined concentration and extermination camp that was a major site of Nazi Germany’s Final Solution to the Jewish Question during the Holocaust.

It is estimated that around 1.3 million people were sent to the Auschwitz camp system, of whom around 1.1 died, either in the gas chambers, or from starvation, forced labour, infectious diseases, individual executions and medical experiments.