A new design brings rural life to central Warsaw, with a park inspired by the countryside.

Combining village folklore with a place for city-dwellers to relax, the park design shows how an area near the National Stadium in Warsaw could look in the future.

The design was chosen in a competition organised by the Warsaw-based Stefan Kuryłowicz Foundation, which aims to promote conversation about the social role of architecture. 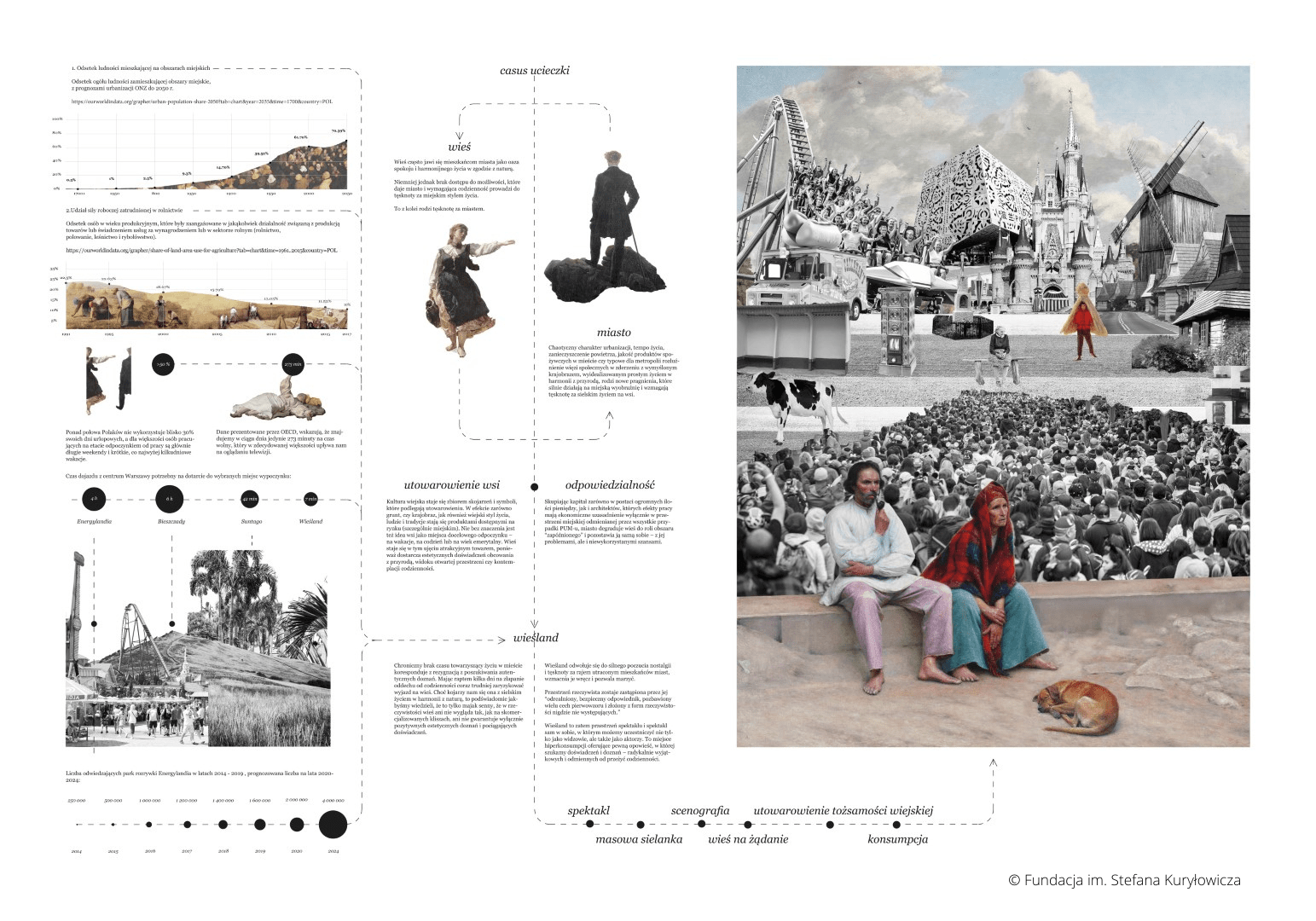 The park imagined by the duo includes inns and a rural mill.Fundacja im. Stefana Kuryłowicza

“Our goal is to support innovative, ambitious, young people who propose bold and socially responsible architectural creation. We promote architects who are careful observers of modern reality and adapt their work to users’ needs,” said architect Ewa Kuryłowicz, who is chair of the Foundation’s board.

The park was designed by Jan Scheliga, an architect, and Krzysztof Janas, a sociologist and social anthropologist.

Entitled “Wieśland, or an urban fantasy under the thatched roof”, their design offers to bring the slower pace of country life to Poland’s buzzing capital. 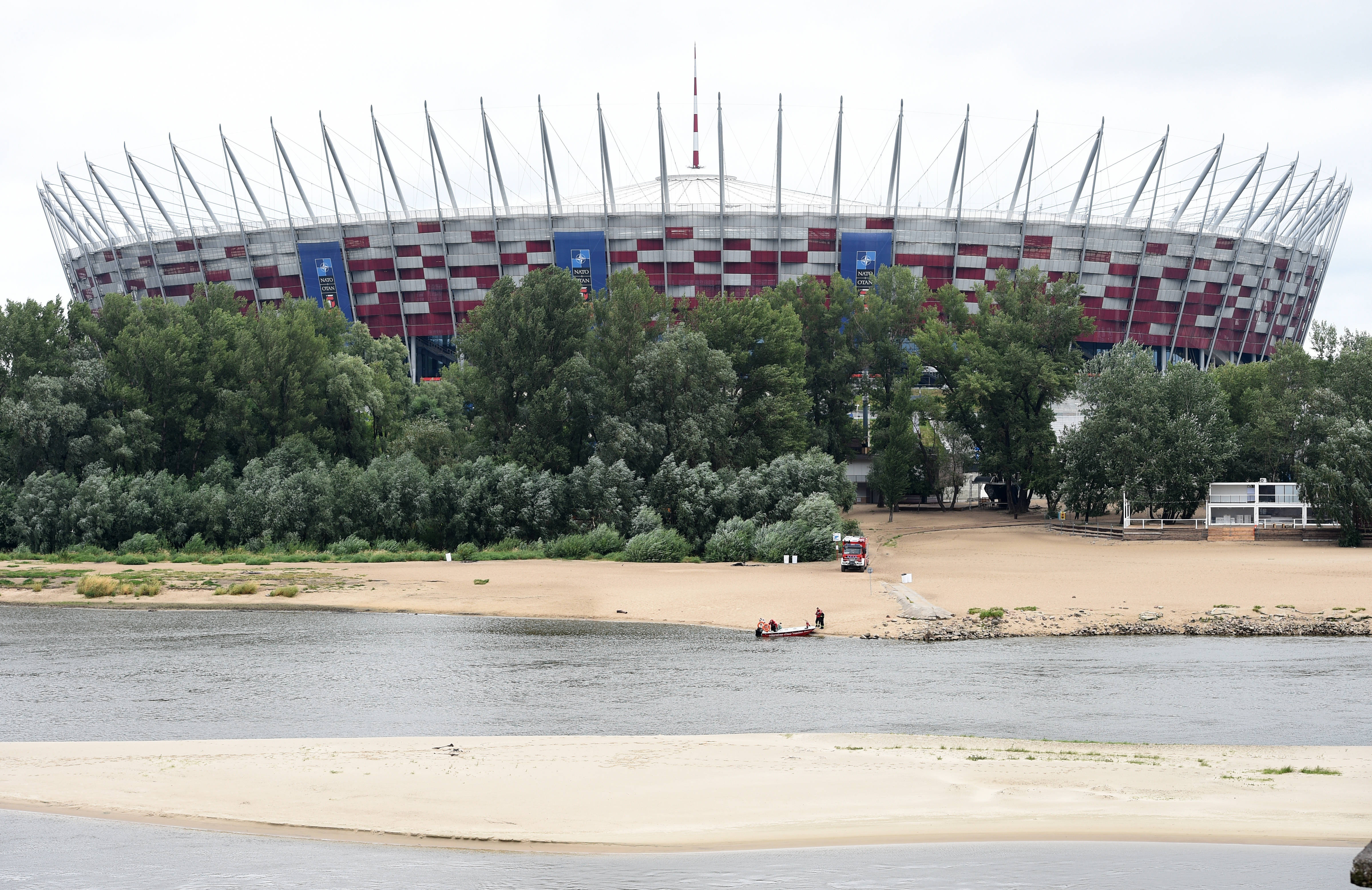 The park would be built near the National Stadium in Warsaw, which was built for the UEFA Euro 2012 championship hosted by Poland and Ukraine. Located across the river Vistula from the city centre, the stadium is situated between the river and Skaryszewski Park.Rainer Jensen/PAP/DPA

“In our work, we intended to signal the problem of the excessively accelerated pace of urban life with no available options to flee the urban race. This is how we arrived at the idea of creating a rural park in the city centre,” said Janas.

The park imagined by the duo includes inns and a rural mill. Images created for the competition show figures in traditional peasant clothes alongside today’s city-dwellers, some of whom have bikes or cameras.

A winding path leads through a rolling green landscape, with the National Stadium visible in the background. 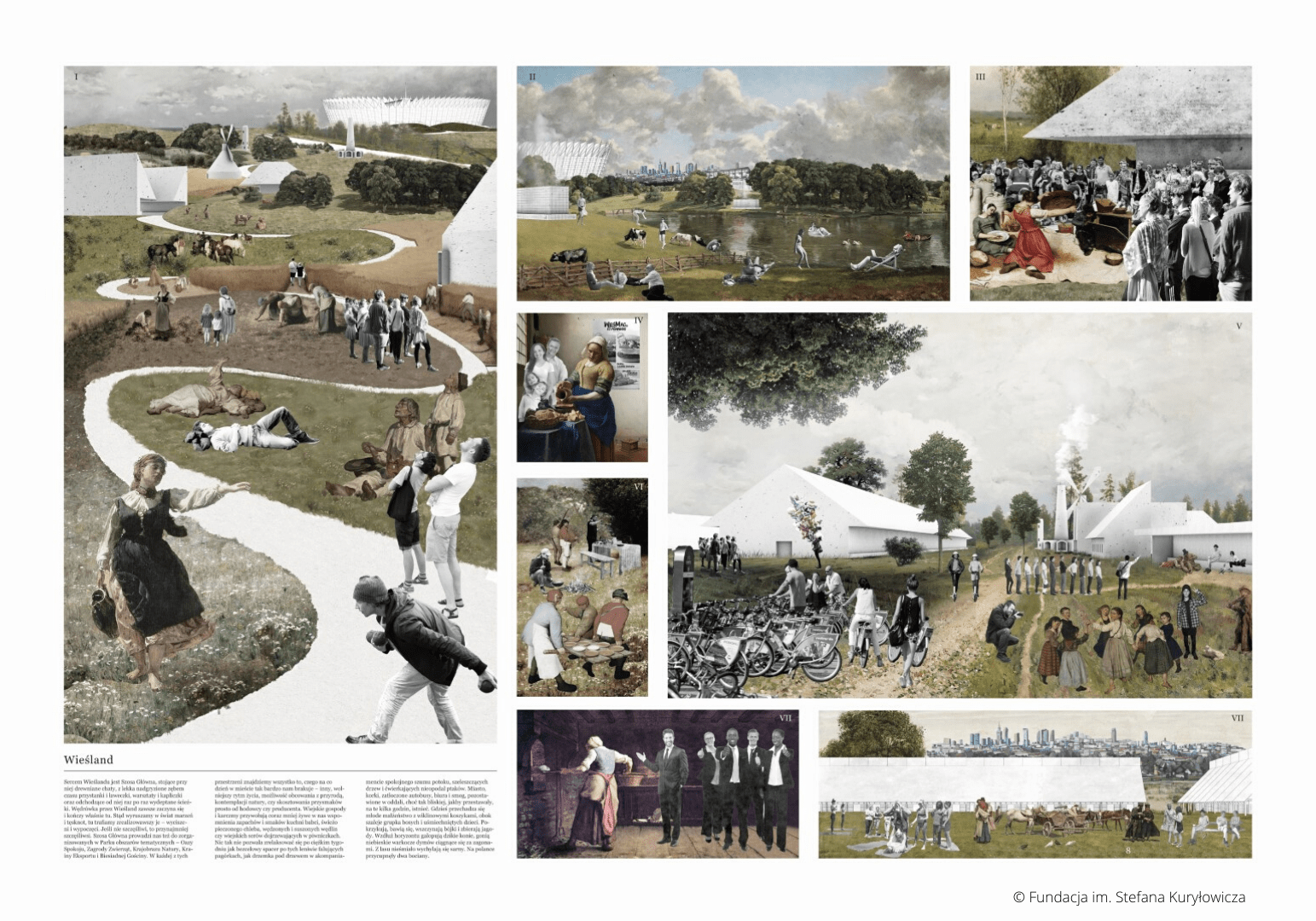 Images created for the competition show figures in traditional peasant clothes alongside today’s city-dwellers, some of whom have bikes or cameras.Fundacja im. Stefana Kuryłowicza

The competition jury, which includes architects and historians of art, was struck by the design’s combination of artificial folklore and how it encourages people to think about the links between the city, nature and the environment.

“The convention-juggling design is likely to ignite the debate on the future of urban architecture and the forms of leisure available to city dwellers,” the Foundation wrote on its website.

The winners will now be offered professional support to develop the design, its budget, timeline and strategic promotional campaign.