UNESCO has announced that the traditional Kraków nativity cribs will be included in the intangible cultural heritage list. The colourful depictions of the birth of Jesus surrounded by the city’s landmarks will be the first Polish addition to the list.

The tradition of constructing the nativity scene cribs dates back to 14th century and is very closely connected to Kraków. Bricklayers and construction workers looking for additional income in the winter would create portable puppet theatres with the holy family on the first floor of building models inspired by the city’s architecture. The practise evolved and in 1937 the tradition’s enthusiasts organised the first crib contest. 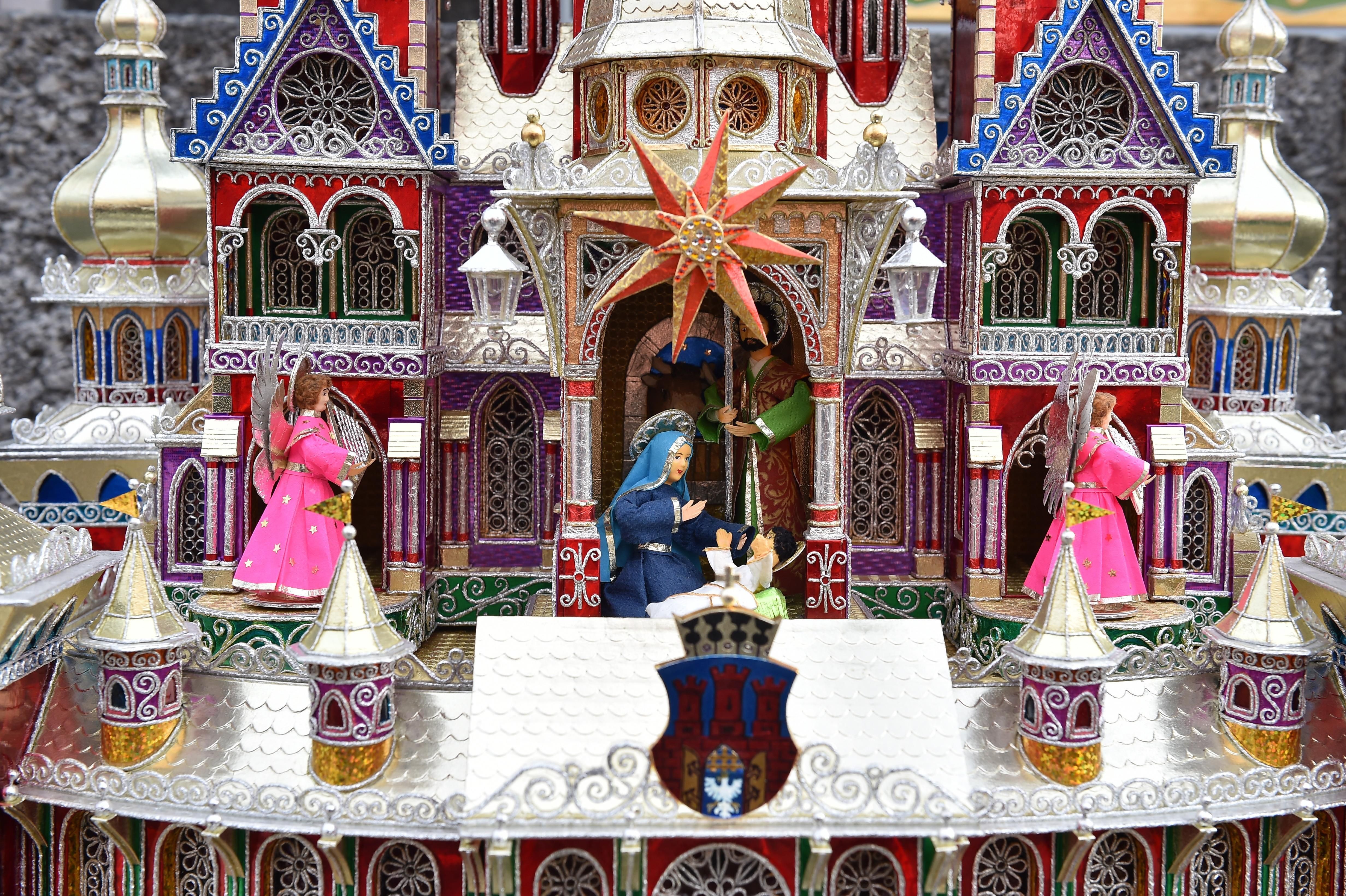 The cribs have a nativity scene set against a backdrop of the city’s historic landmarks.Jacek Bednarczyk/PAP

Michał Niezabitowski, director of the Historical Museum of the City of Kraków’s, recalled seeing the cribs as a child. “I understood then that this space is magical, closed,” he said. “I dreamed of entering such a crib. Since it looked magical from the outside, the world inside had to be the most beautiful—I thought then; and I still think so.”

The decision to include the cribs on the UNESCO list was made during the 13th session of the Intergovernmental Committee for the Safeguarding of the Intangible Cultural Heritage, held in Mauritius and attended by over 800 delegates from 125 countries. The other additions to the list included Jamaican reggae music, Khon mas theatre from Thailand and Slovenian bobbin lace. 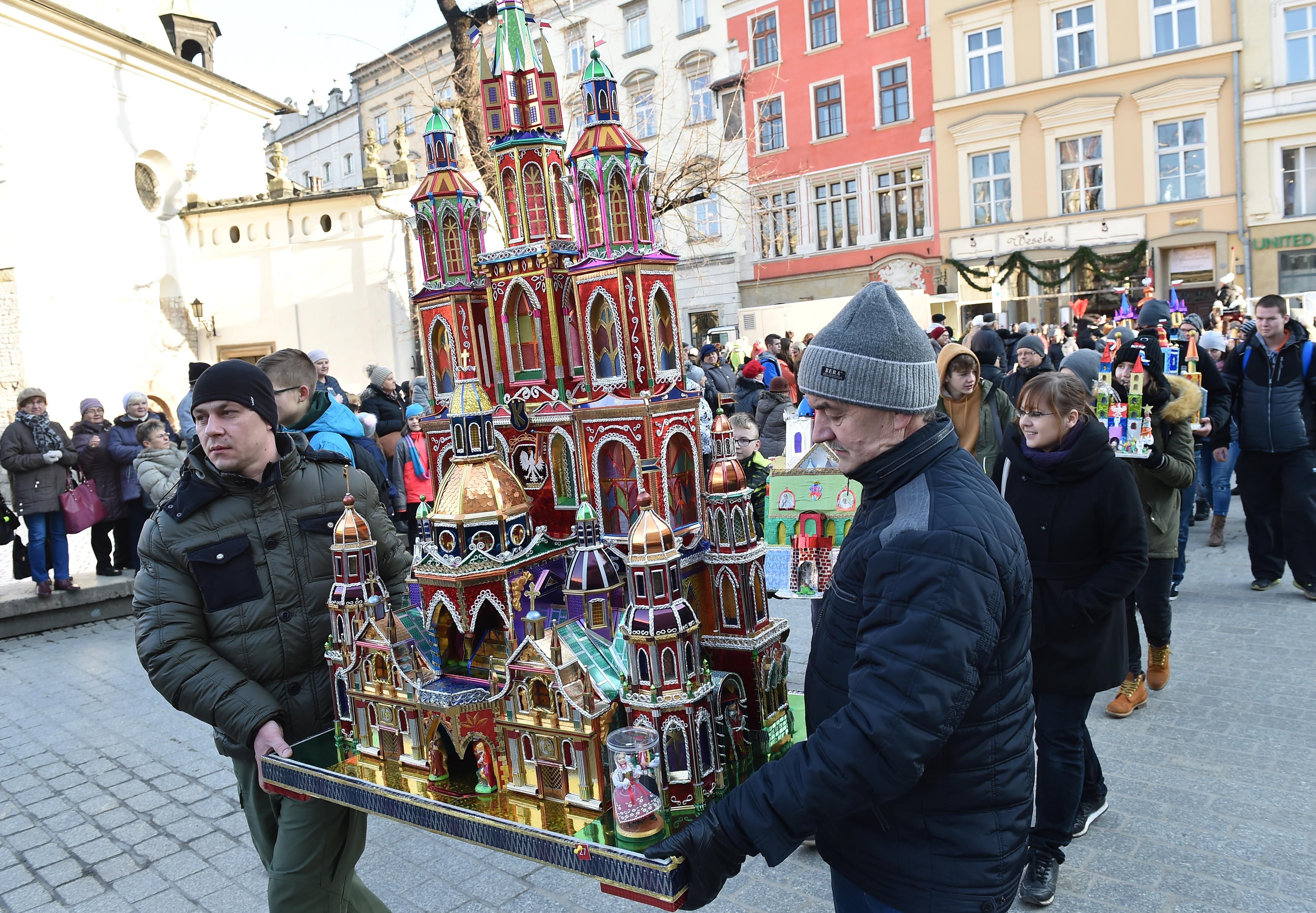 A crib is carried through Kraków. Some families have been making them for generations.Jacek Bednarczyk/PAP

"For me, it is a hope that the object of my five-year-old boy’s admiration will become the delight of the whole world,” Niezabitowski commented. “For the museum and the city it is a chance to write the next chapter of the extraordinary story of Kraków. The city is known in the world because of universal, mythical narratives. The nativity scene cribs are our next myth—the myth of imaginary happiness that is now at your fingertips.”

Today cribs are professionally made by around 40 craftsmen, each of them with their own technique. They include the traditional elements such as Kraków’s famous monuments, the holy family on one of the floors, but also historical figures standing on other levels. 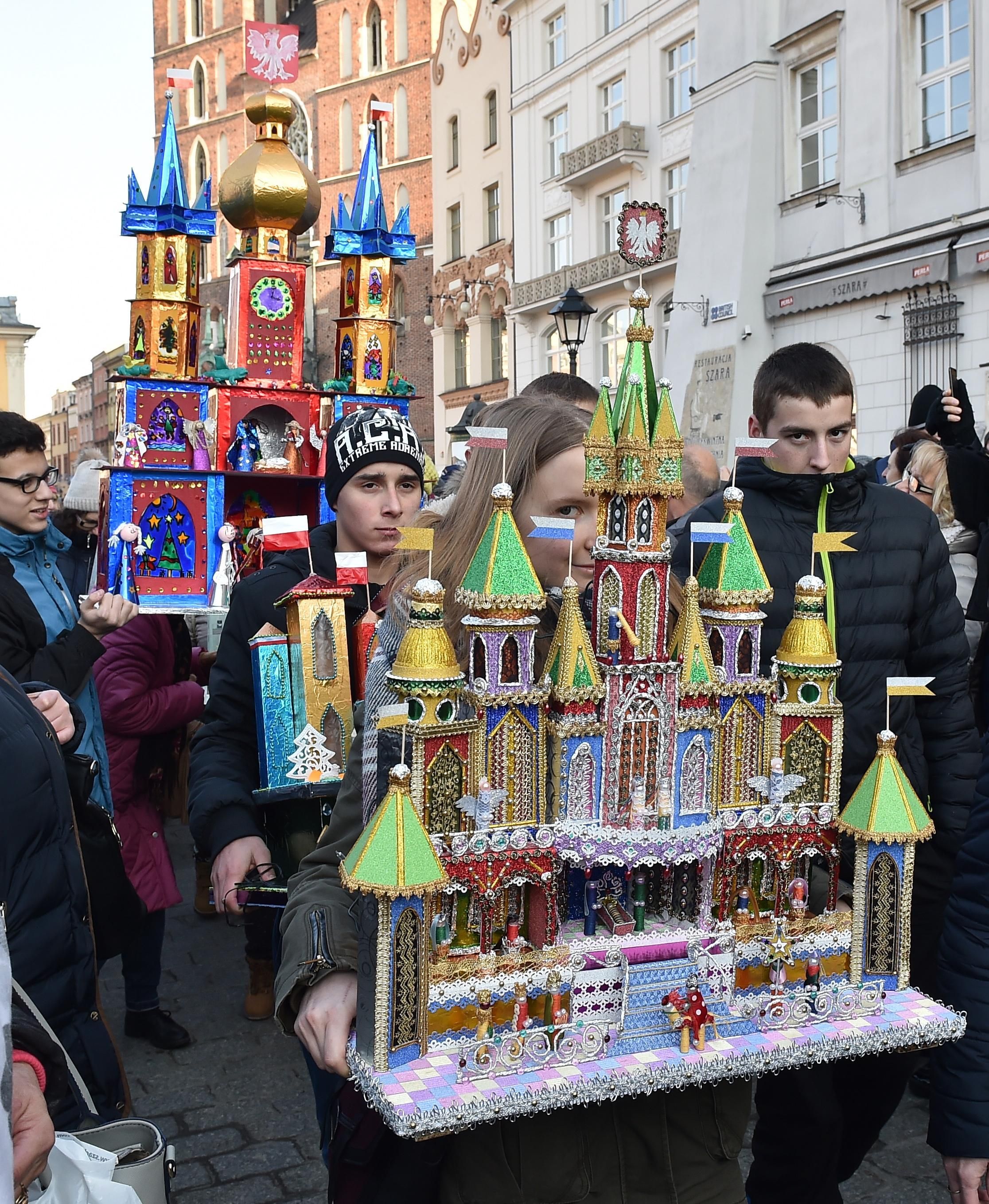 After the best crib is chosen all of them are taken on a procession through Kraków’s streets.Jacek Bednarczyk/PAP

The competition and exhibitions have been organised with only a short interlude, due to World War II. A record holder, 79-year-old Maciej Moszew has participated in the contest 58 times and won it 34. For others it is a family trade, such as the Malik’s, who have constructed cribs for four generations. As the process can take even up to 4,000 hours, it is both a passion and a trade.

This year’s cribs competition will be held for the 76th time on Kraków’s main square on December 6, while the results will be announced on December 9. Following tradition, the artworks will be presented in a parade, which starts from the Adam Mickiewicz monument after the noon St. Mary's Trumpet Call. The cribs will be then displayed in the Historical Museum of the City of Kraków.