Over 500 firefighters have been deployed to the Odra River as scientists continue to scramble to find the root cause behind the mass die-off of fish.

Using boats, dams, drones and quad bikes, emergency services have so far recovered over 100 tonnes of dead fish, sparking earlier fears that a chemical spill was to blame. However, despite rumours that mercury poisoning was at fault, this now appears to have been discounted. 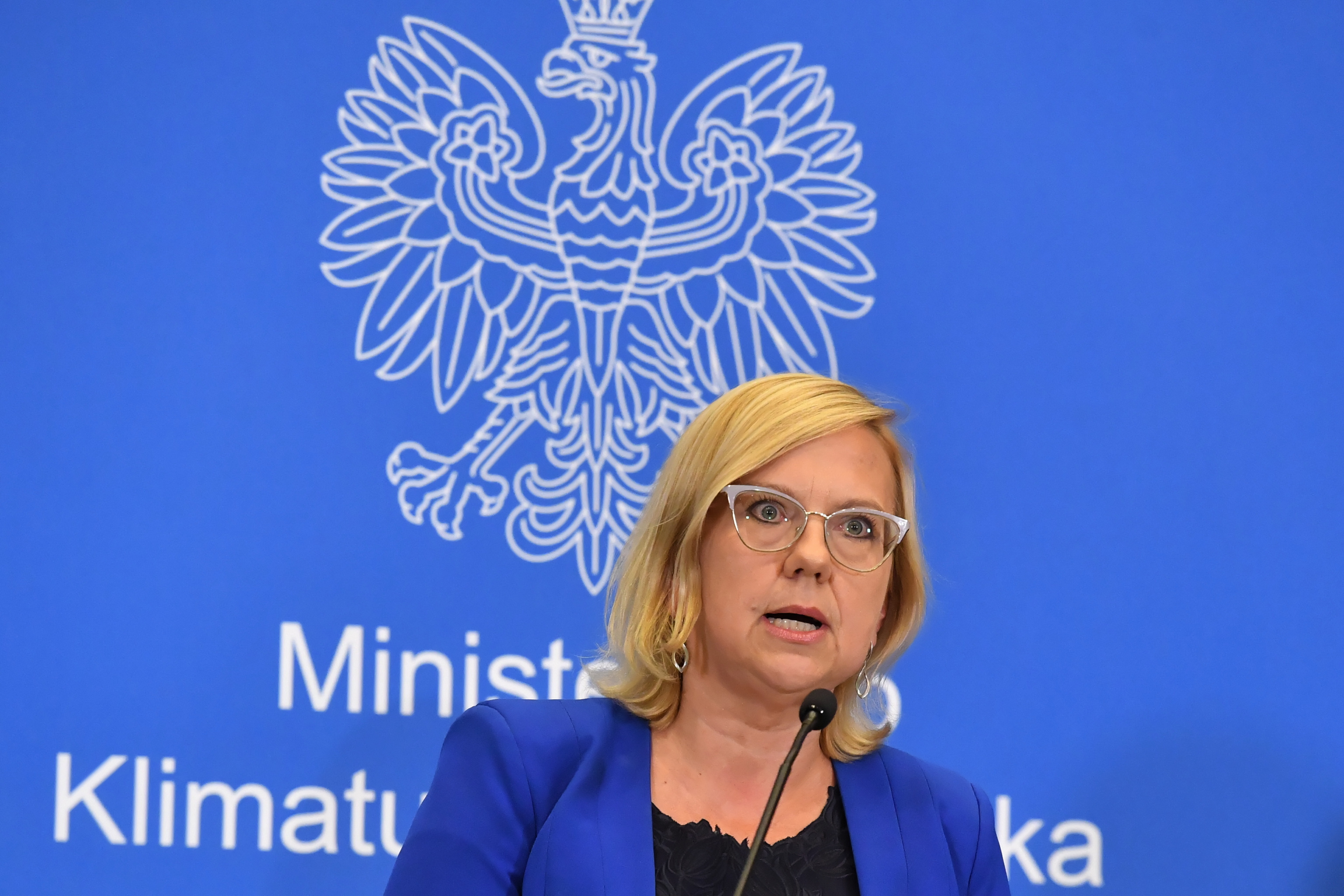 Speaking at a press conference yesterday, Anna Moskwa, Poland’s environment and climate minister, said that no toxins have so far been found.Piotr Nowak/PAP

Speaking at a press conference yesterday, Anna Moskwa, Poland’s environment and climate minister, said: “The Chief Inspectorate of Environmental Protection has analysed samples taken from the water, and no toxins were found.”

The disaster has left environmentalists and researchers baffled; of the new theories that have been offered, Moskwa said that high temperatures and lower water levels may have contributed to a higher concentration of pollutants. 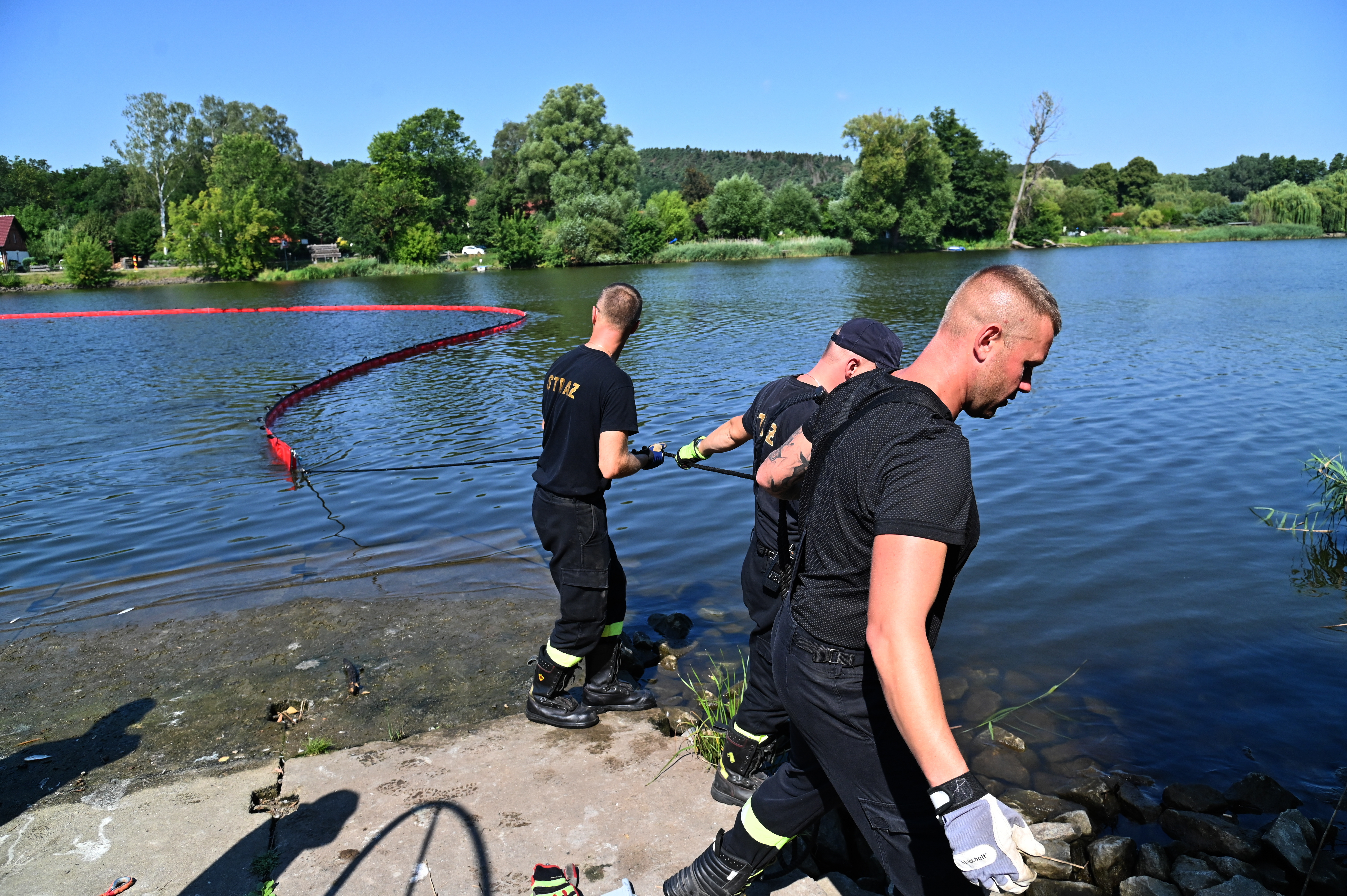 Over 500 firefighters have been deployed to the river as Poland grapples with the disaster.Marcin Bielecki/PAP

Moskwa also offered a third hypothesis that a large discharge of industrial waste water mixed with chlorine could have stirred pollutants that had previously gathered in the river’s sediment.

The minister added that no pesticides have thus far been identified in any of the fish, and that radioactive isotypes remained below the legal limit. In fact, as things stand, lab tests have only revealed elevated levels of salt. 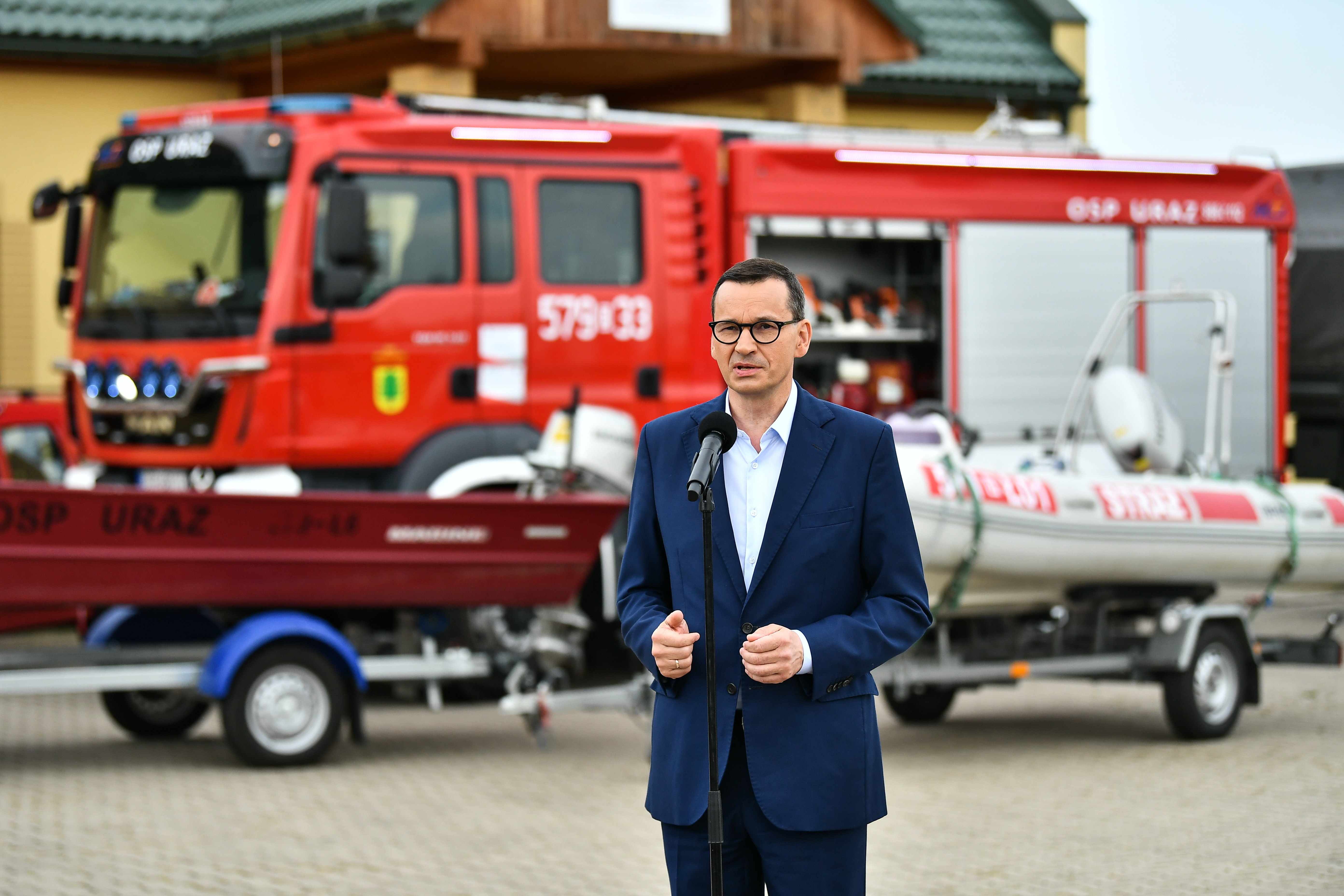 Shaping up to be Poland’s worst environmental disaster for several years, the catastrophe began to unfold in late July when local anglers began to report the presence of dead fish in the waters of the country’s second longest river.

Continuing to spread downstream ever since, the wave of unexplained deaths has caused nationwide alarm with environmentalists claiming that it could take decades to rebuild the ecosystem. 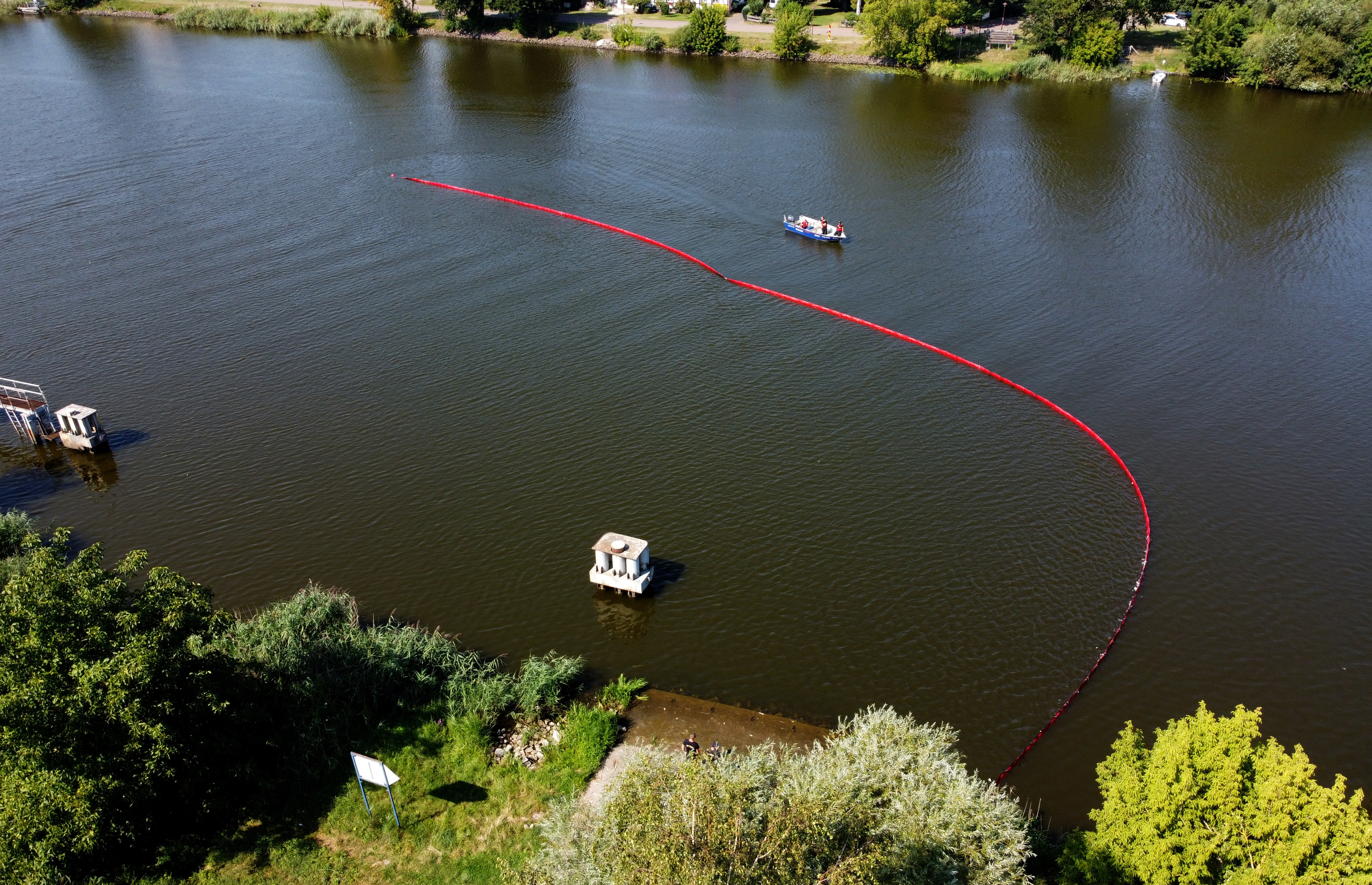 Emergency workers have been using boats, dams, drones and quad bikes in their bid to clean the river of dead fish.Marcin Bielecki/PAP

Traditionally regarded as one of Poland’s cleanest rivers, the emergency led to Prime Minister Mateusz Morawiecki visiting soldiers and emergency workers in Uraz, one of the many towns and villages to be impacted by the disaster.

Writing on social media, the Prime Minister said: “I have come to Uraz to thank you for your help and express my respect.” 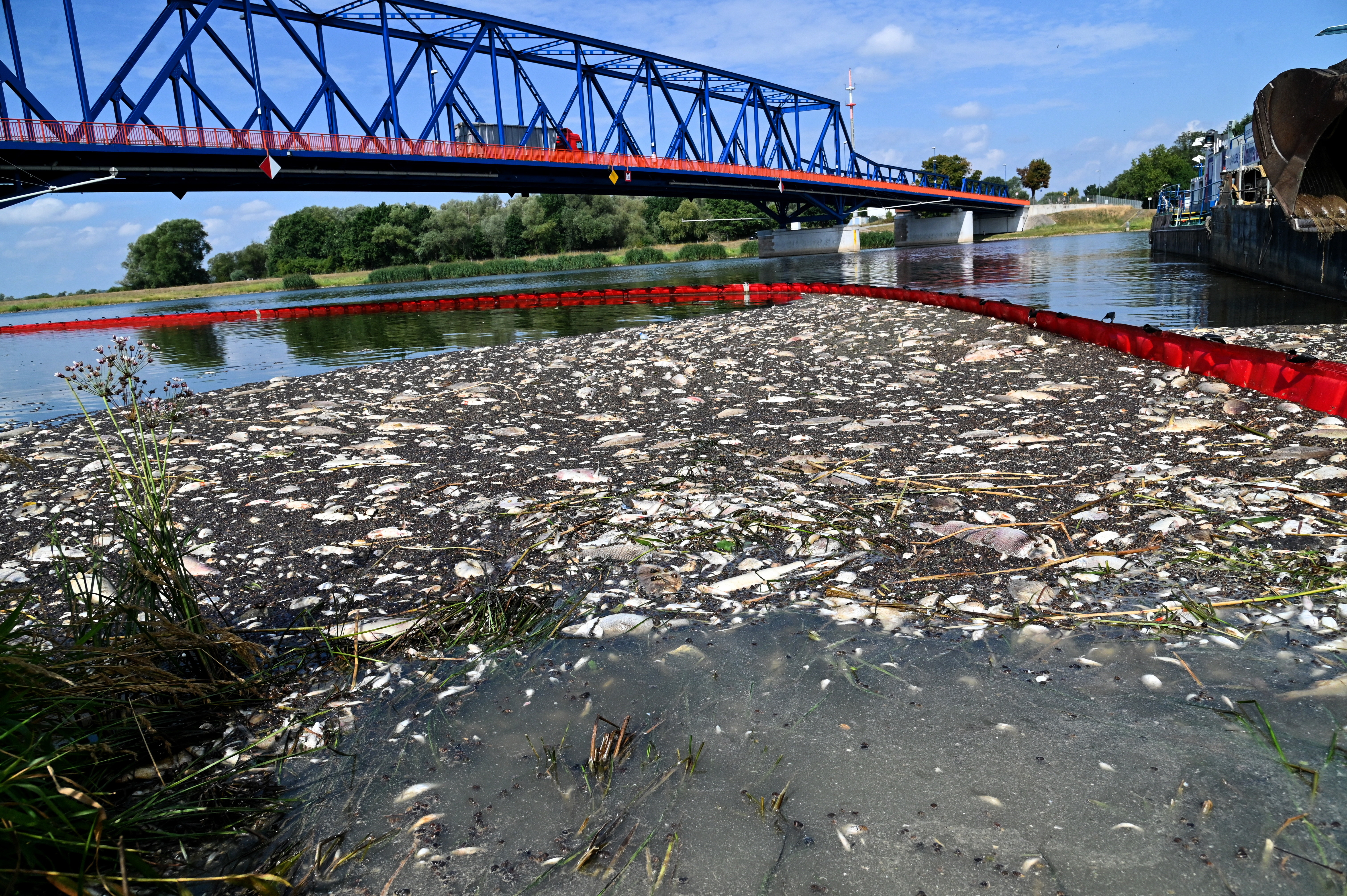 The PM also pledged that authorities would do their utmost to return the river to its previous state: “we will allocate the necessary resources to restock the river so that the Odra can be reborn,” he added.

Morawiecki also promised that a special debate would also be held to determine how to tighten regulations so as to ensure that chemical discharges would be limited in future so that a similar situation would not be repeated.

Describing Poland’s “beautiful nature” as a national asset, the Prime Minister said: “I will do everything to not only ascertain the cause of this dreadful ecological event, but also to build preventative security mechanisms wherever possible. Forests, lakes and rivers must be looked after, not only for us but for future generations.” 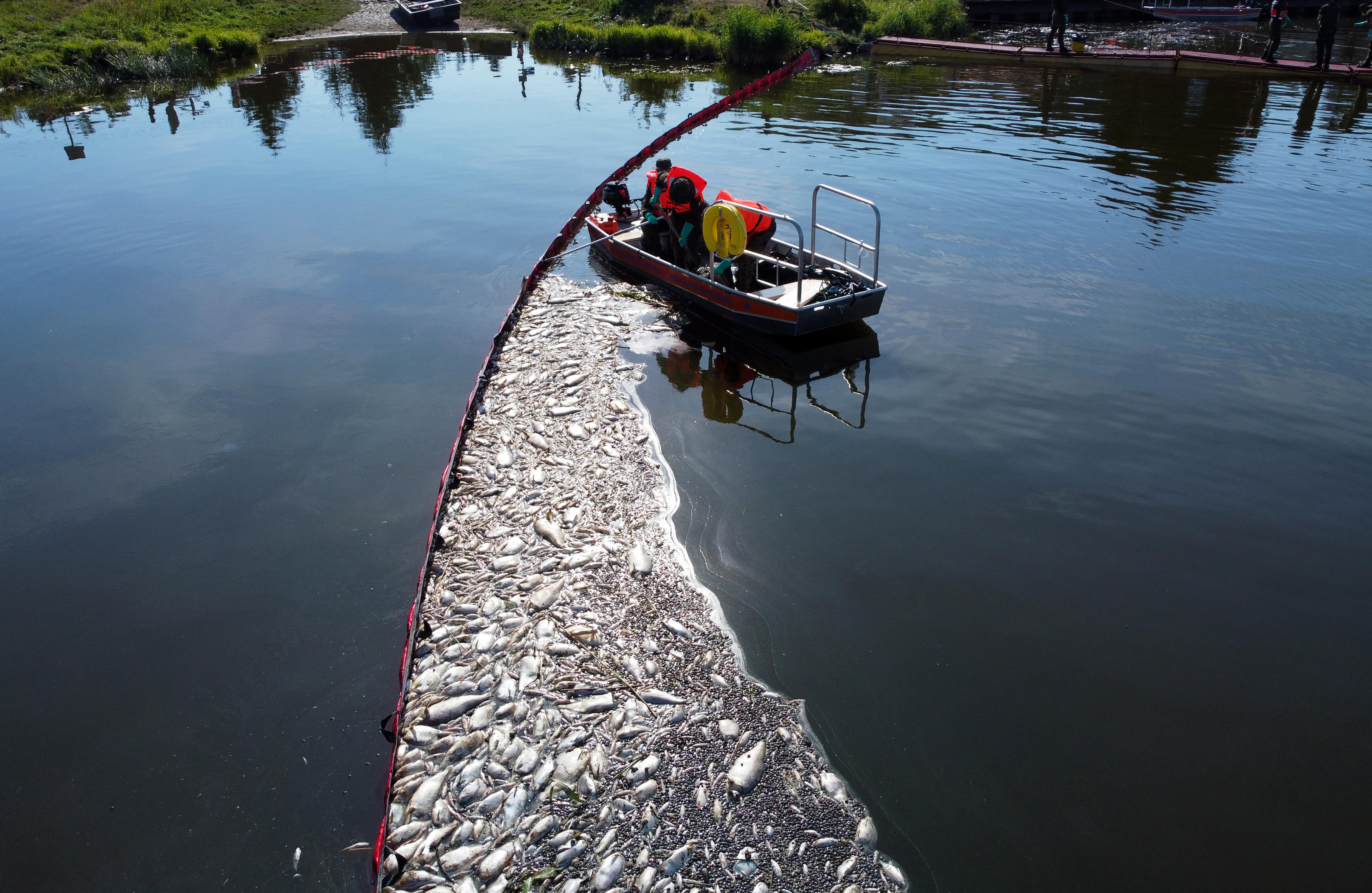 According to one hypothesis, high temperatures and lower water levels may have contributed to a higher concentration of pollutants.  Marcin Bielecki/PAP

Previously, Morawiecki had offered a reward of PLN 1 million in a bid to find “those responsible”.

With the Odra running alongside vast stretches of the German border, for their part the Germans have banned bathing and fishing until more facts are established. In Poland, access to the Odra has been restricted in three regions.

Fortunately, as things stand the disaster has not yet spread to any species beyond fish. Updating the public earlier, Moskwa said: “apart from fish, no other species have been affected. Individual mortalities have been recorded, but we have not connected them in any way with the situation and they have not been en masse… of course we will continue to observe other species.”