The Auschwitz-Birkenau Museum has warned that videos posted on the TikTok social media platform of people pretending to be Holocaust victims in heaven were trivialising history and disrespecting the actual victims of Nazi crimes against humanity.

Coming with the hashtag “Holocaust” or “Heaven”, the role-play videos, many of which have been viewed thousands of times, have sparked controversy and led to criticism from around the world. 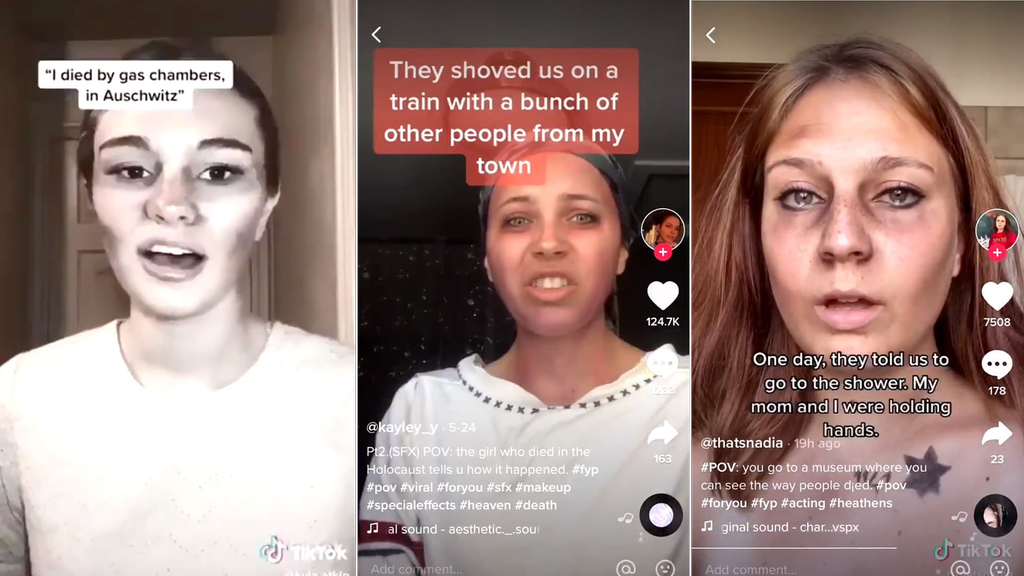 In one short video a teenage girl says she died in the “gas chambers of Auschwitz”.TikTok

“The trend visible on TikTok can be indeed hurtful and even considered offensive,” the museum said in a statement issued on Wednesday. “Some of the examples online are dangerously close or are already beyond the border of trivialisation of history and being disrespectful to the victims.

“Some were not created to commemorate anyone, but to become part of an online trend. This is very painful,” the statement added. 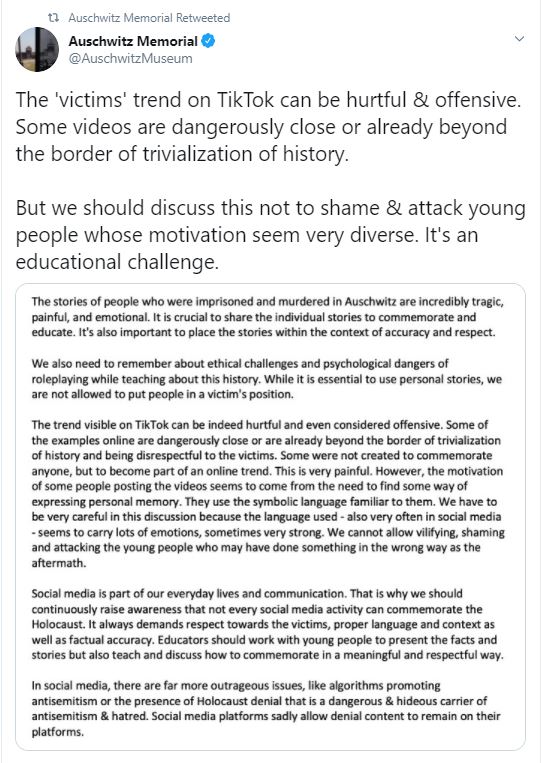 In a statement issued on Wednesday, the Auschwitz-Birkenau Museum said: “The trend visible on TikTok can be indeed hurtful and even considered offensive.”Auschwitz/Twitter

In one short video a teenage girl says she died in the “gas chambers of Auschwitz” while in another a teenage boy pretends to be shot. 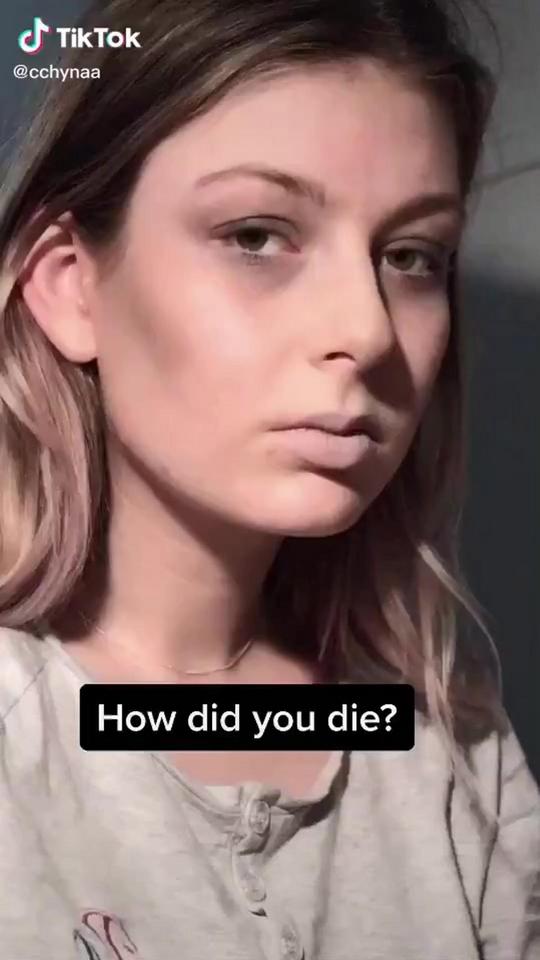 In one video posted on TikTok, a teenage girl asks “How did you die?”TikTok

Some of the videos use images of the Auschwitz death camp as a backdrop, while in some films the teenagers wear striped clothes in attempts to copy the infamous striped uniforms given to camp prisoners.

Others wear a yellow Star of David on their clothes or don makeup to simulate bruises or starvation in an attempt at graphic effect. 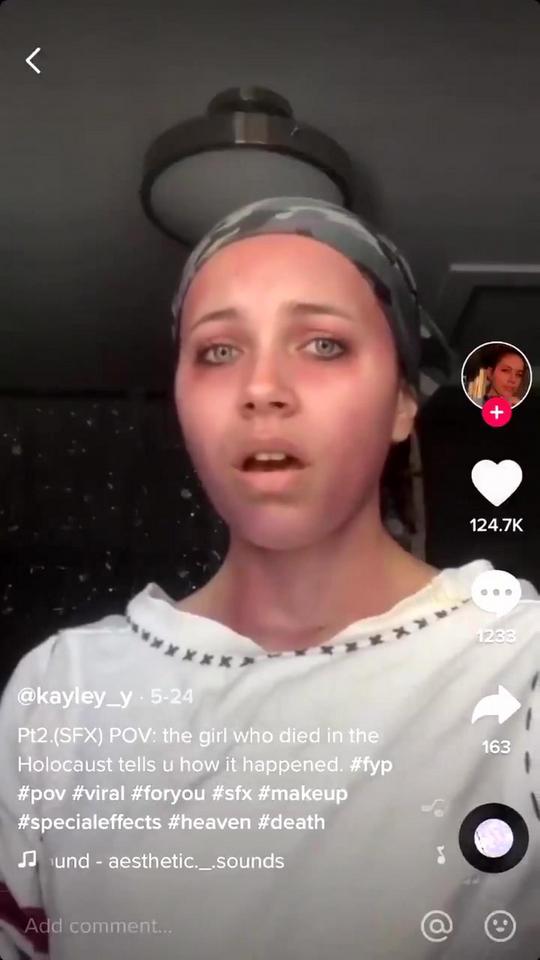 The museum added that instead of “vilification and shaming…Educators should work with young people to present the facts and stories but also teach and discuss how to commemorate in a meaningful and respectful way.”TikTok

In its statement the museum, however, called for understanding rather than “vilification and shaming”, saying that the “motivation of some people posting the videos seems to come from the need to find some way of expressing personal memory. 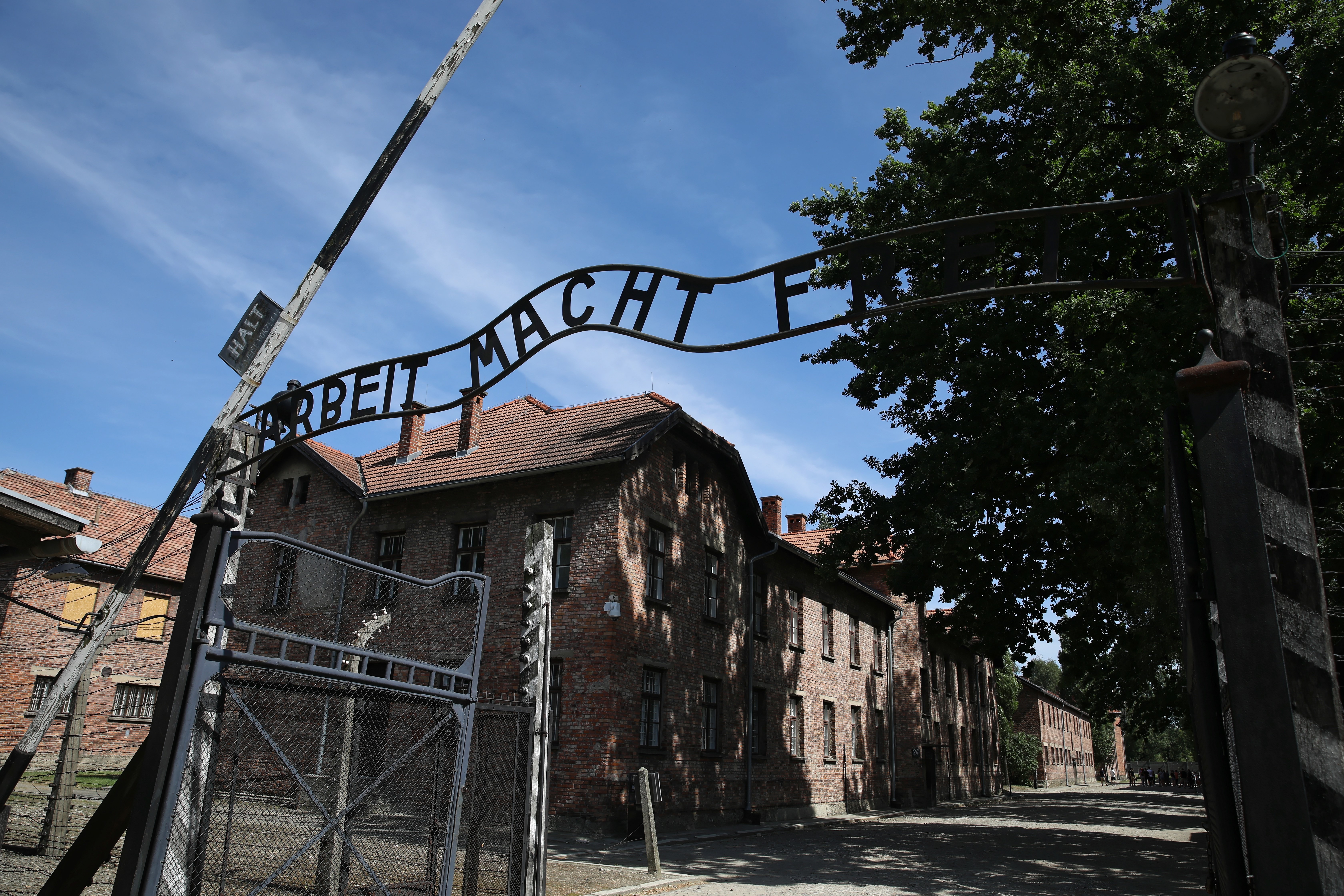 Around 1 million people died in Auschwitz and an estimated 6 million Jews were killed during the Holocaust.Łukasz Gągulski/PAP

“Educators should work with young people to present the facts and stories but also teach and discuss how to commemorate in a meaningful and respectful way,” the statement added.