“At night, bring a gun”: the ghoulish wartime guide to the General Government region

During World War Two, the Germans released one of the most ghoulishly perverse books ever published. In 1943, at the height of the Holocaust, the prestigious Baedeker publishing house prepared a tourist guide to the General Government, the pseudo-state created by Nazi Germany from parts of occupied Poland.

In its introduction, Karl Baedeker enticed German tourists to visit conquered Polish lands, promising a journey of excitement and wonder.

“The land by the Vistula, together with its towns, has gained a completely new face since the German Reich took over its administration,” he boasted. 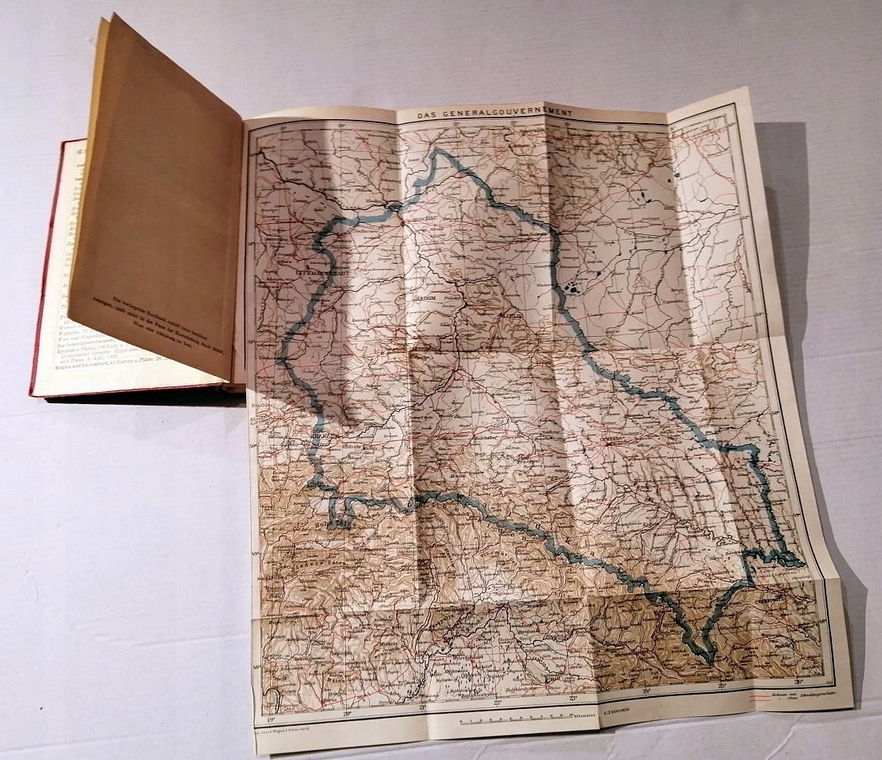 The area was the main racial laboratory of the Third Reich with around three quarters of the victims of the Holocaust murdered in this region.Polona.pl

The book suggested tours, wrote about prices and offered practical advice to the German traveller: “For longer distances and during night-time driving it is recommended that you bring a gun with you,” it warned.

At the same time as the Baedeker guide was published, the Germans were carrying out the largest ever documented mass murder in the history of humanity, much of which was taking place in the General Government.

The area was the main racial laboratory of the Third Reich with around three quarters of the victims of the Holocaust murdered in this region. 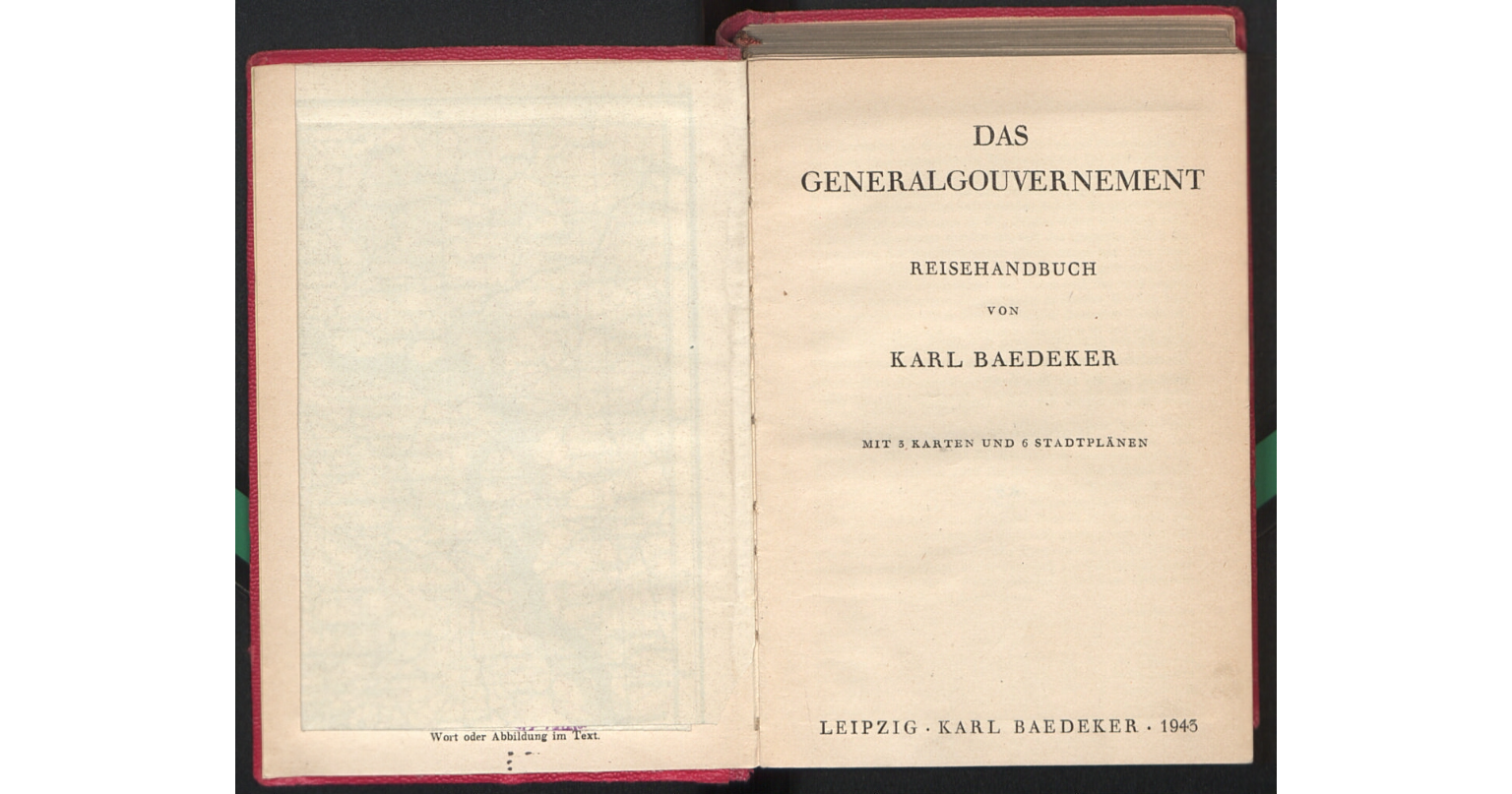 Martin Winstone, in his book The Dark Heart of Hitler’s Europe: Nazi Rule in Poland Under the General Government, states that the guide is, “one of the most extraordinary documents in the history of both travel literature and the Second World War”.

The General Government was a German-controlled puppet state hewn from land that had been part of the Polish Second Republic.

After the defeat of Poland in September 1939, the eastern parts of the former Second Republic fell to the Soviets while the western territories were incorporated into the Reich. However, from the central part of Polish territory Hitler decided to create a state called the General Government headed by Hans Frank. 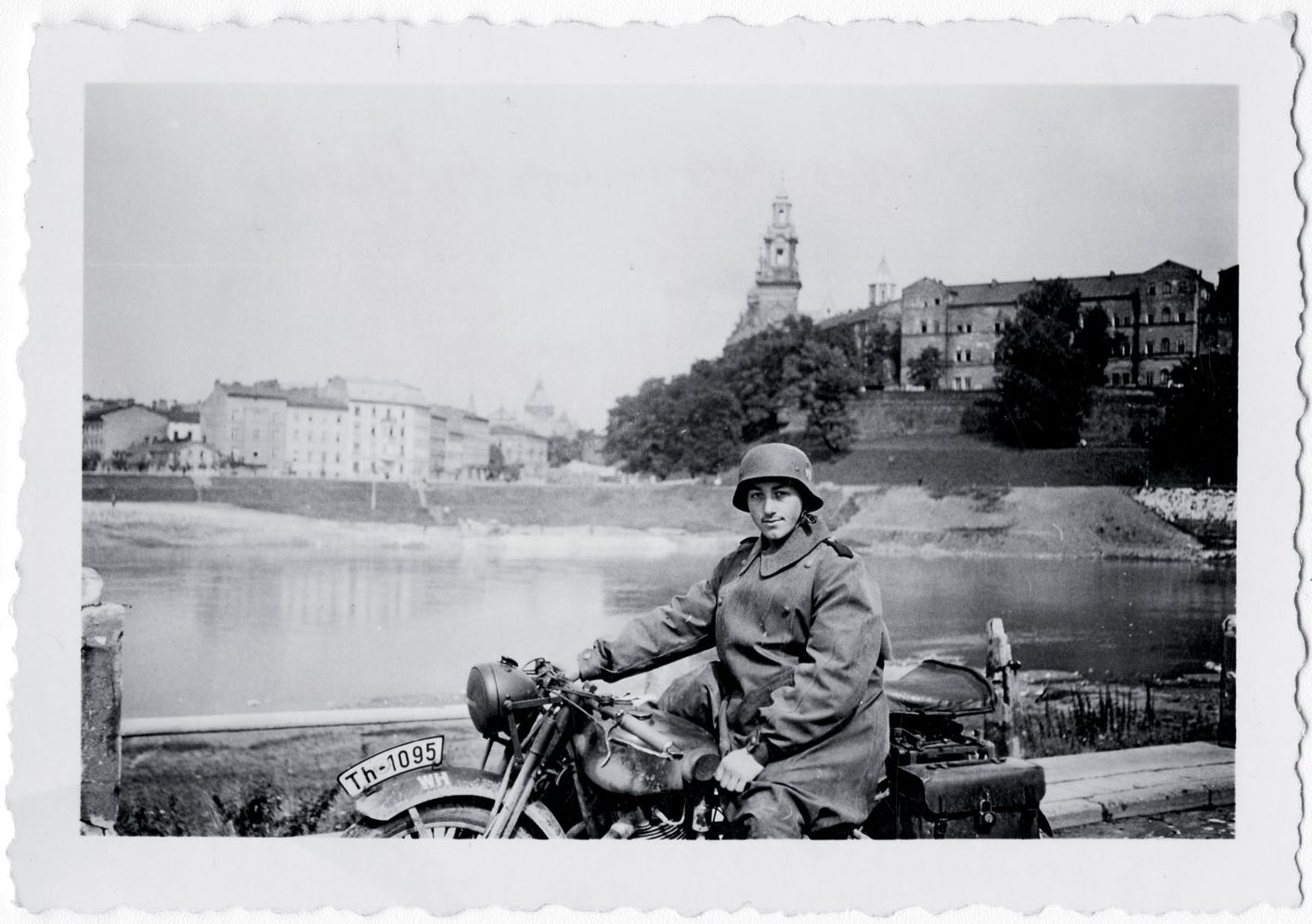 A German soldier poses for a tourist-style snapshot in occupied Kraków.Kraków Historical Museum

This pseudo-state was to be a reservoir of cheap labour, a racial dumping ground to which Poles and Jews from the territories annexed to the Reich were sent, but also an experimental space for German settlement.

It was a zone of unprecedented terror that Polish Nobel Prize winner Czesław Miłosz described as the “mechanical slaughterhouse”.

Life in the General Government was a never-ending struggle against hunger, street roundups, public executions, deportations to concentration camps and pacifications. 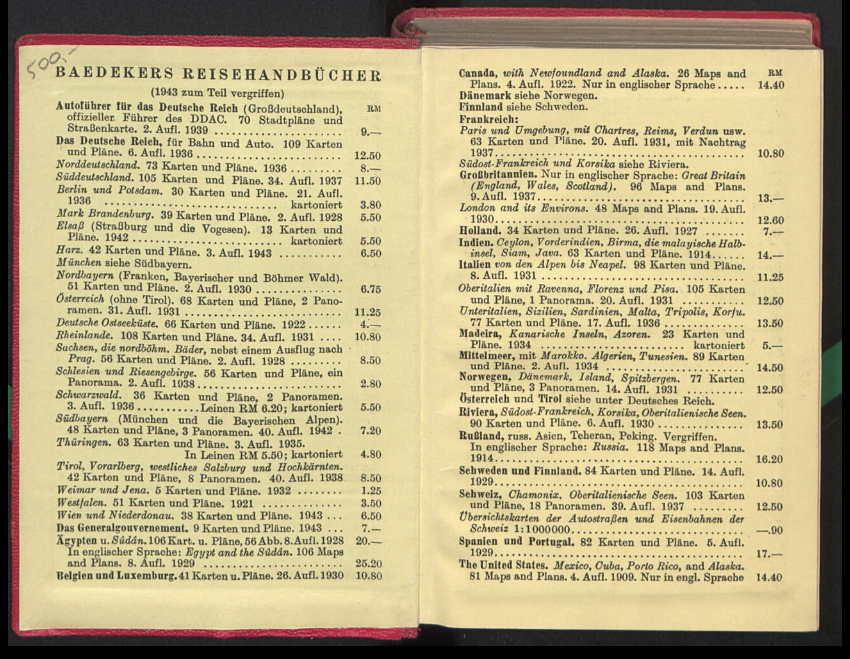 Twenty-thousand copies were printed and it proved so popular that a reprint was ordered in 1943.Polona.pl

Jews were deprived of all rights and property, crowded into ghettos and finally deported to extermination camps. Although the largest of these, Auschwitz-Birkenau, was located on land incorporated into the Reich, others such as Bełżec, Sobibór and Treblinka, were set up in the General Government.

The Head of the General Government, Hans Frank, wanted the guidebook published for propaganda purposes to demonstrate that it was a real state with a German pedigree.

The guide was to attribute everything that had cultural value in the region to the Germans so as to cultivate the belief that only the products of German civilisation were worthy of attention. 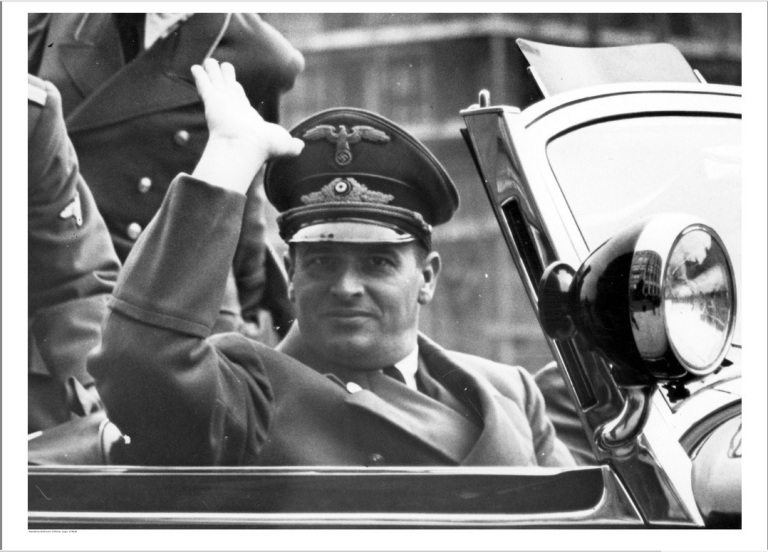 The Head of the General Government, Hans Frank, took a keen interest in the book’s progress and met the author on three separate occasions.Public domain

The content was to prove that the regions within the borders of the General Government developed over the centuries mainly thanks to Germany; from the old town of Kraków to the buildings of Lwów and small towns established under Magdeburg law. Mentions of Polish heritage were to appear only rarely. The publication also fitted into the wider idea that tourism and sport were essential elements shaping National Socialism.

The publishing house placed long-time collaborator Oskar Steinheil in charge of writing the book and he was provided with a car, a driver and security guards to travel around the occupied territories. 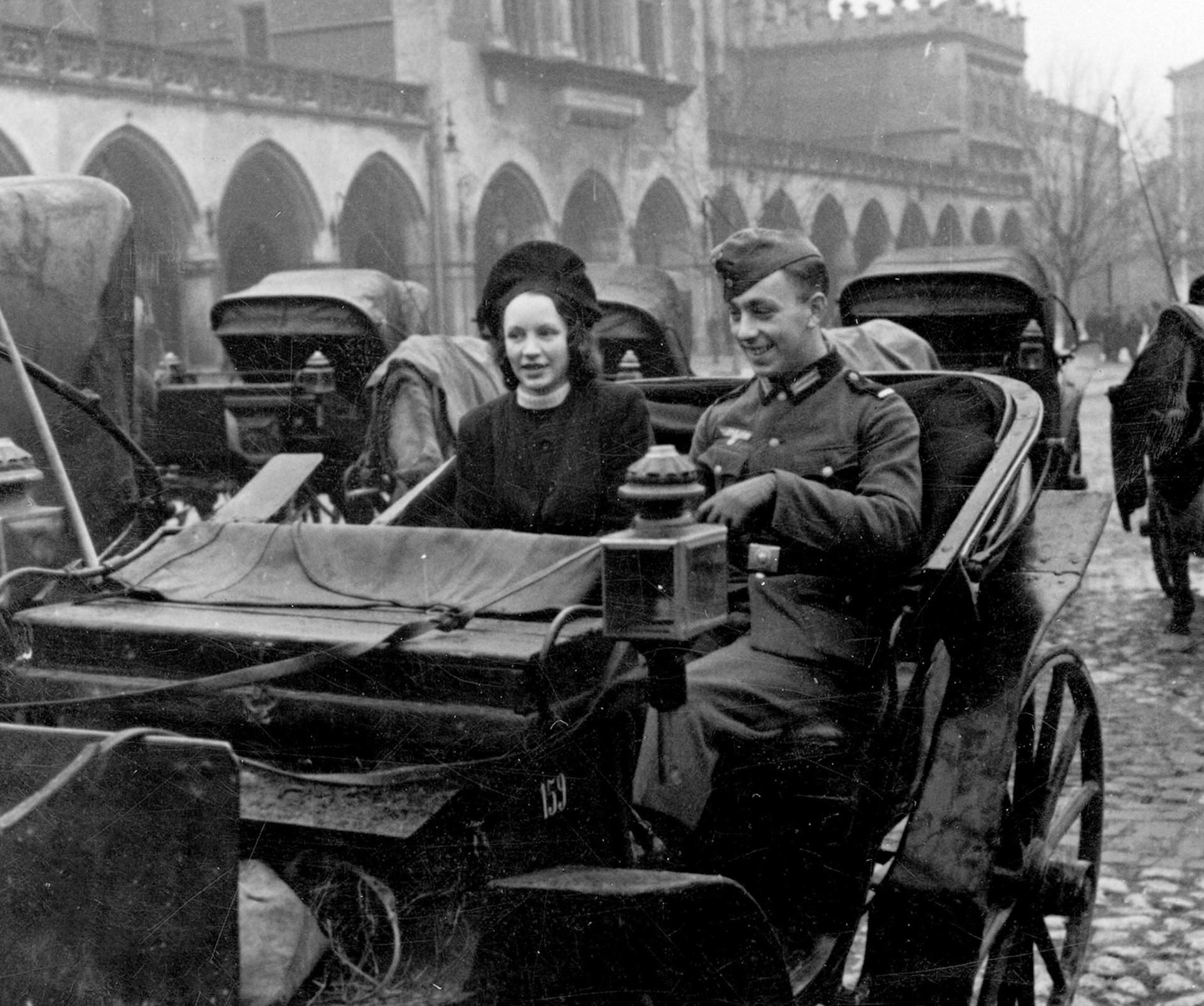 A German soldier enjoys a carriage ride in the company of a female suitor. Using the guide, he would have been equipped with the latest practical tourist information.NAC

He conducted his tour in the autumn of 1942, at a time when the extermination machine was at its peak. Frank took a keen interest in all stages of the work and there are three references to meetings with Steinhel about the guide in his diary – all took place in Kraków.

In all, twenty-thousand copies were printed on high-quality paper and it proved so popular that as early as the autumn of 1943 a reprint was ordered.

But despite the guide’s chilling objectives, it was years ahead of its time for a tourist guide about Poland. Essential and useful information was presented in a clear and logical way. It included a useful system of links to other pages of the guide and clear street plans of the main cities. Such guides appeared in Poland only after 1989. 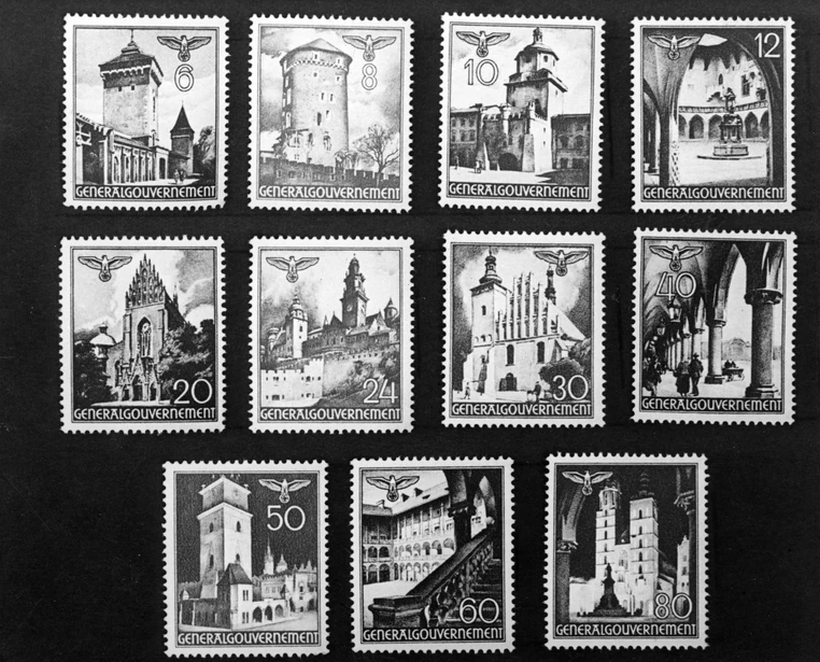 Hans Frank was eager to promote the region as a place of German heritage, as proved by the issuance of such stamps.NAC

And if potential German tourists were worried about the prospect of seeing Jews on their tour of the pseudo-state, they needn’t have worried. The guide proudly asserted that whole areas had already been “de-Jewed”.

The Poles, meanwhile, were characterised as a contemptible racial mix created at the meeting point between East and West. Polish peasants were described as unbearably passive and fatalistic.

The name ‘Poland’ was avoided at all costs, with the guide instead opting to reference “the Vistula area”. 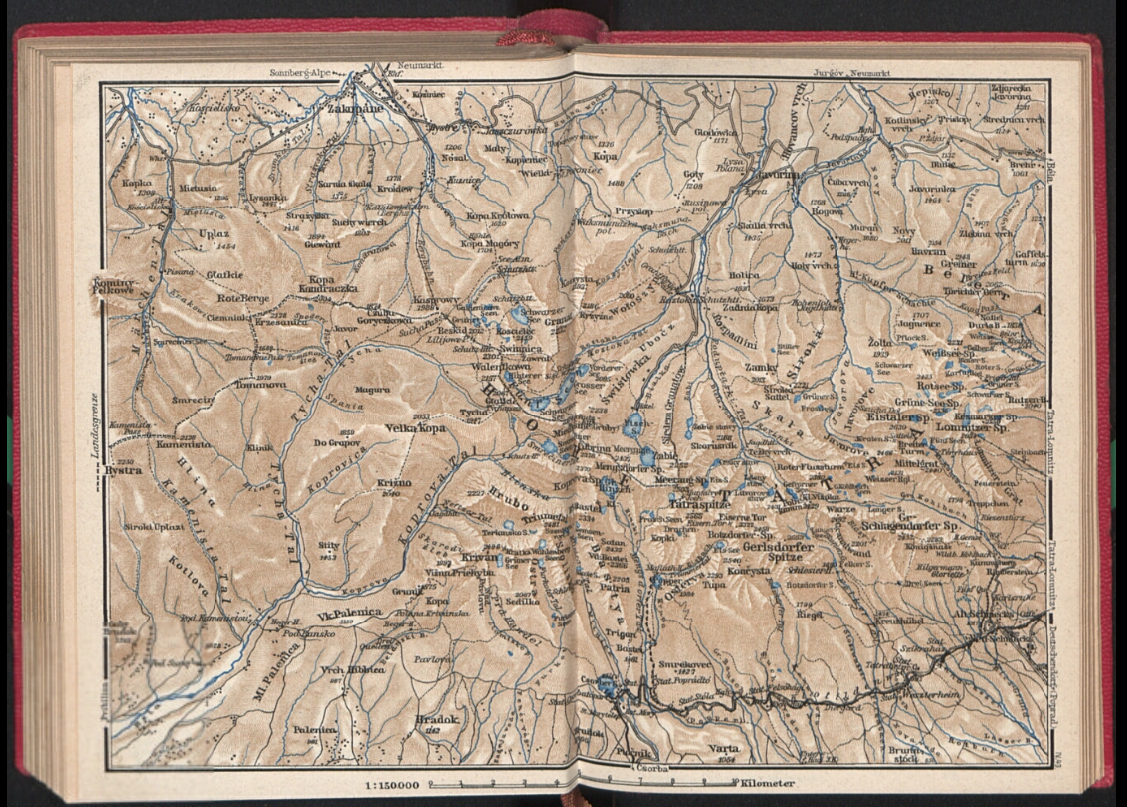 Despite the guide’s chilling objectives, it was years ahead of its time for a tourist guide with essential and useful information presented in a clear and logical way.Polona.pl

Readers were also informed that St Mary’s Church in Kraków was the peak of German culture and that new resettlements were strengthening the German character of the Zamość region, a chilling reference to the recent expulsion of 110,000 Poles and which ultimately resulted in the deaths and murder of thousands of Polish children.

Additionally, German travellers were furnished with up-to-date practical information to help them plan their trips.

“To cover costs of living without a flat with food in a restaurant, at least 12-15 zlotys per day is needed; with self-catering, 10-12 zlotys may be enough. For a room in a hotel, an average of 8-12 zloty (including service) has to be reckoned with; a furnished room (limited supply) costs about 60-80 zlotys per month, an unfurnished, two-room flat for a German, depending on location and quality 50-100 zlotys,” the guide informed. 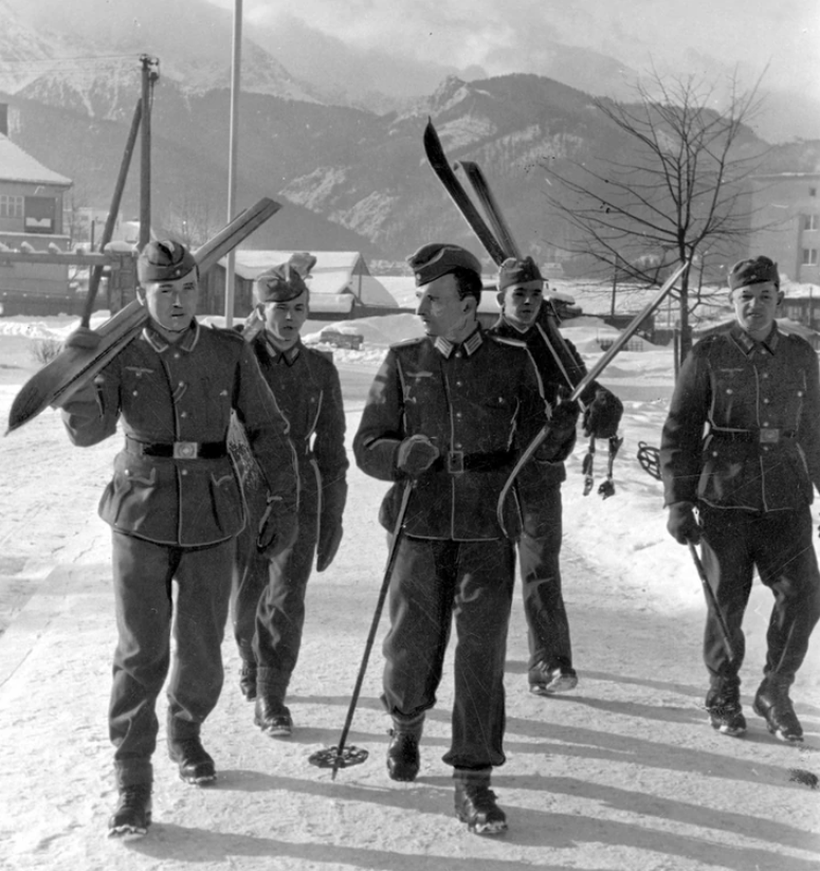 German soldiers enjoy their time off in the ski resort of Zakopane.NAC

Readers learned that prices for these food products, which could only be obtained with ration cards, corresponded to those in the Reich. The prices on the free market for food and clothes were significantly higher.

The author confidently asserted that all the locals could be addressed in German; however, he added, answers may at times be given in Polish or Ukrainian, so a simple phrasebook might be useful. As for travelling, separate ticket windows at train stations were available for German passengers, along with waiting rooms, platforms and train carriages.

The state of Polish roads was much lamented. Travellers were told to anticipate tyre damage caused by nails that had fallen from carts and carriages. They were further advised to bring spare tyres and innertubes, as well as a patch kit and a good pump. 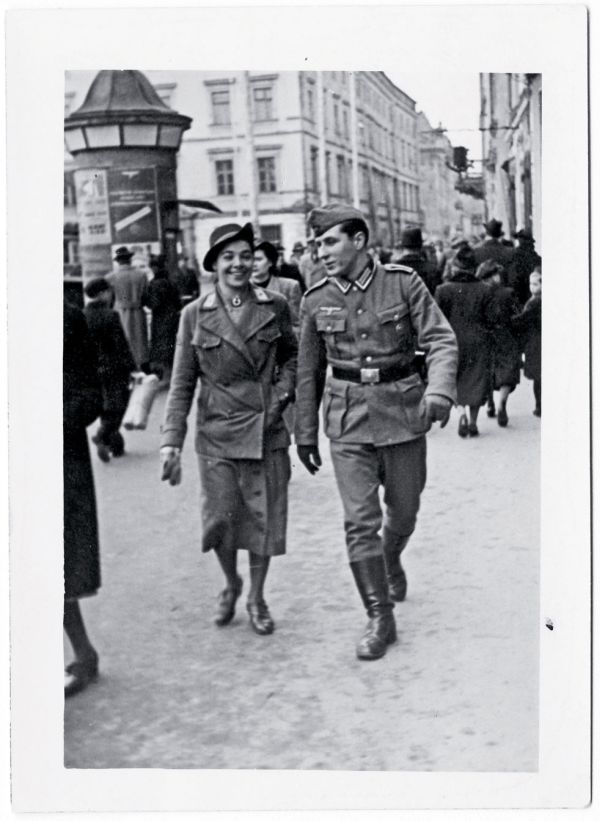 If German tourists were worried about the prospect of seeing Jews on their tour, they needn’t have worried. The guide asserted that whole areas had already been “de-Jewed”.Kraków Historical Museum

For longer distances and during night-time driving, the bravehearted were advised to bring a weapon.

Jews are mentioned infrequently and unsurprisingly in a poor light. Readers learn that it was their influx that was one of the main reasons for the slow decline of the once wealthy Lublin.

The General Government survived just over five years. It fell during the Red Army’s march to Berlin. Hans Frank fled the Soviet offensive to Bavaria, where he was later captured there by the Americans. 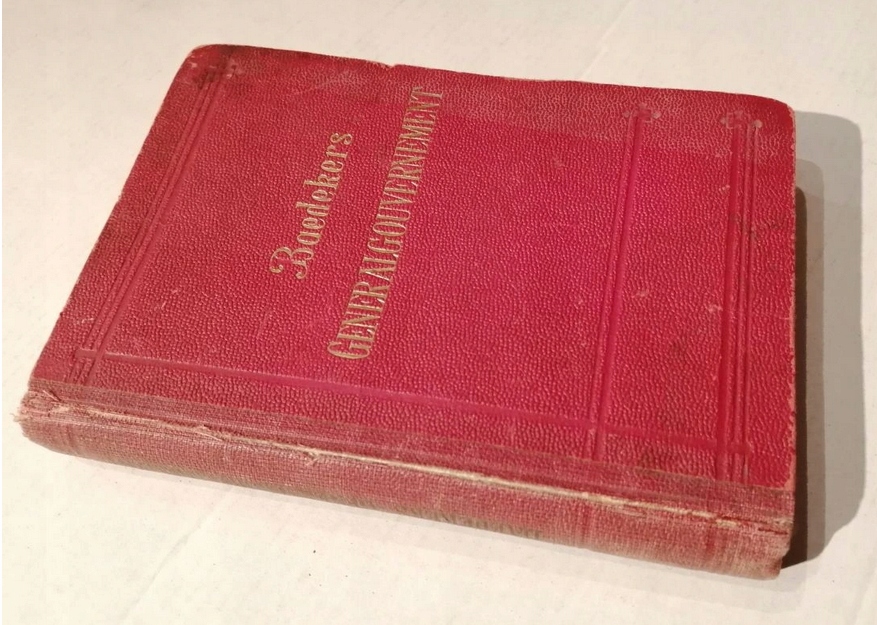 Baedeker, still continue to publish guidebooks to this day, now as part of the MairDumont publishing group.Allegro

Shortly after, he stood before the International Military Tribunal in Nuremberg. In 1946, he was sentenced to death and was executed in October the same year. The author of the guide Oskar Steinheil survived the war. He continued writing, and in the 1950s he created a series of popular car guides for European countries. He died in 1971.

Baedeker, meanwhile, still continue to publish guidebooks to this day, now as part of the MairDumont publishing group.