A popular eco-food bazar in Warsaw – the first to focus on certified ecological foods from local Polish farmers and producers – is celebrating its tenth anniversary of operations this weekend. 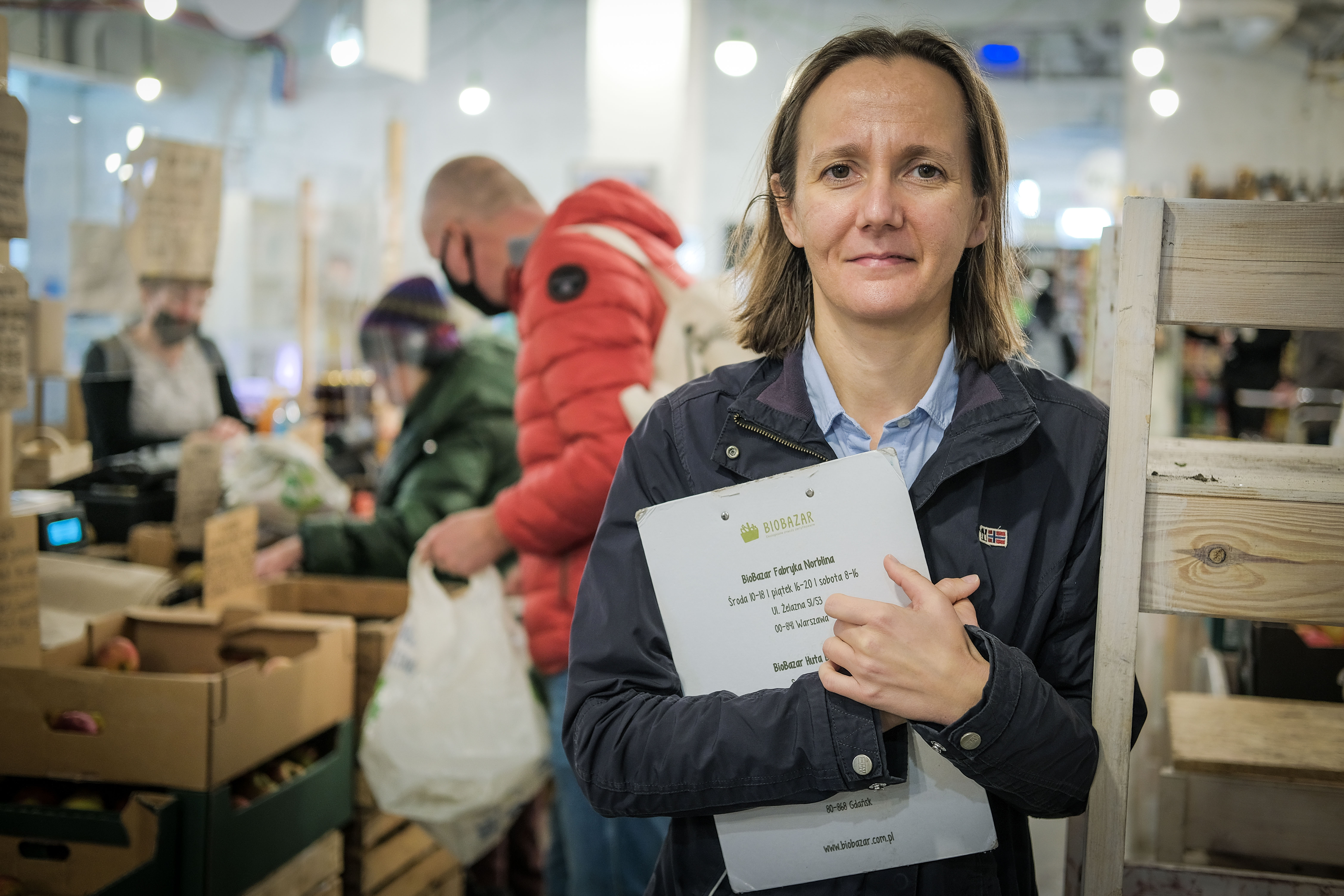 Agnieszka Saternus (pictured) and Kinga Nowakowska established the BioBazar after being inspired by a documentary about American eco markets.Kalbar/TFN 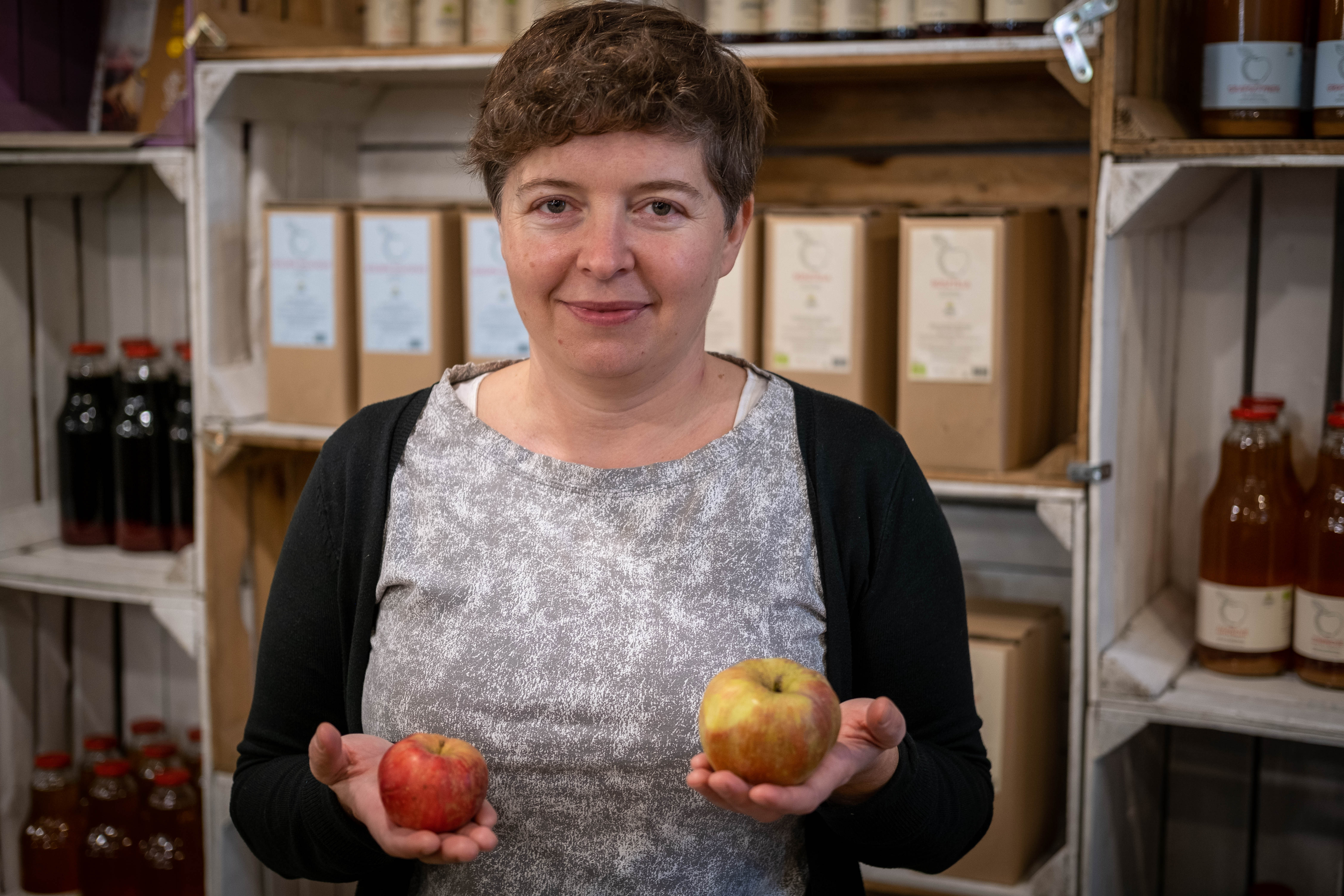 Specializing in apples, Joanna Szewczyk is a firm favourite among BioBazar’s customers.Kalbar/TFN

Speaking to TFN, Agnieszka Saternus, Managing Director of BioBazar, recalled these early years of operation: “When we first began, we didn’t know what to expect. We organised our first bazar in just six-weeks. Some people told us we were crazy, but the reaction went beyond our wildest dreams: six-thousand people showed up and we sold-out in just a few hours.”

“From radishes to watermelon, almost anything can be fermented and we do it all,” says Tadeusz ‘Tadek’ Dylewski from Żywe Kultury.Kalbar/TFN

Since debuting in spectacular fashion, the market has grown from strength-to-strength, opening a twin operation in Katowice six years ago. 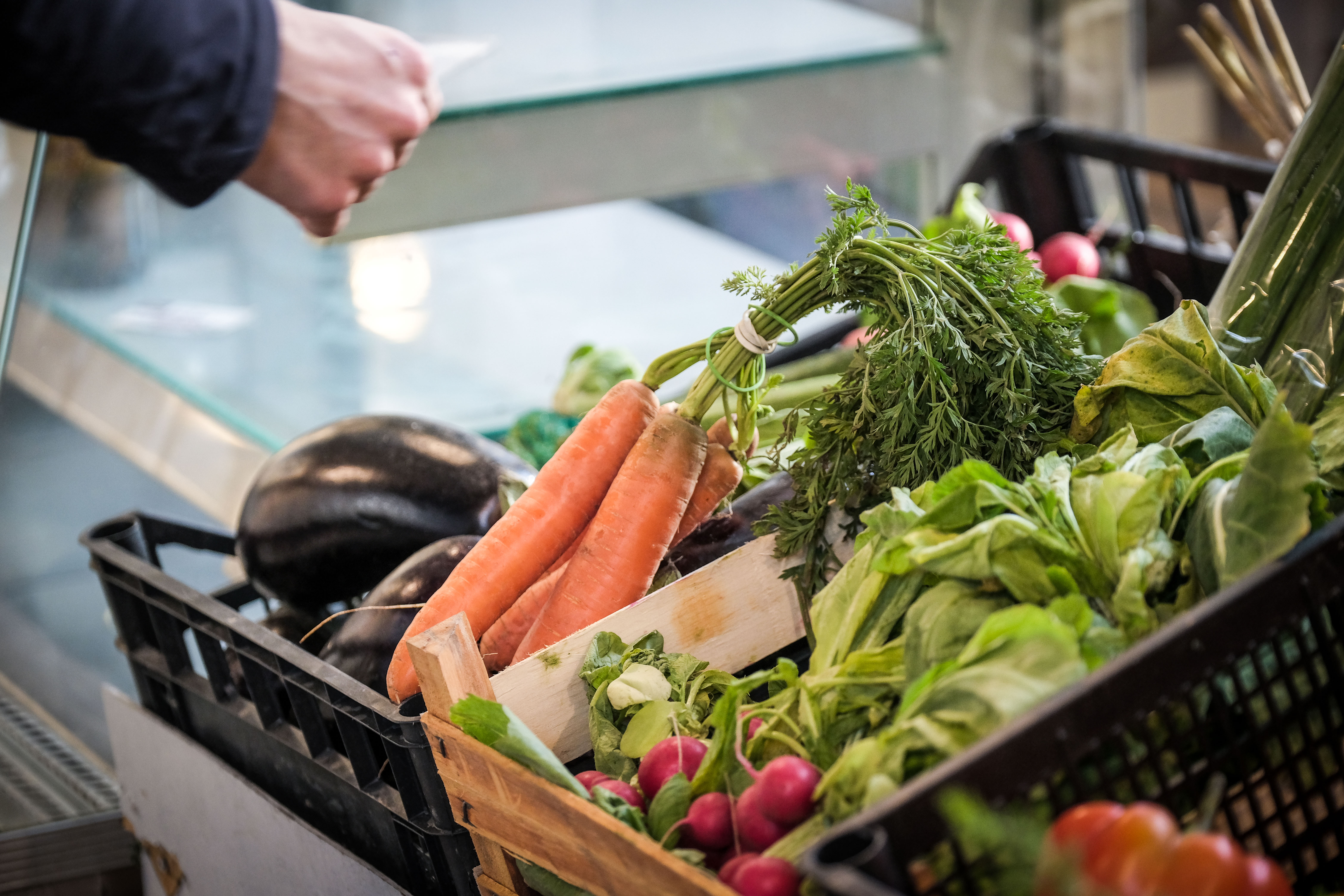 Following the basic principle that eco foods should be officially certified as evidence of their provenance, the Warsaw wing of BioBazar currently lists 100 traders on its roll-call selling in excess of 10,000 products. Eighty percent of these are certified, while the majority of others are in the process of gaining such accreditation. 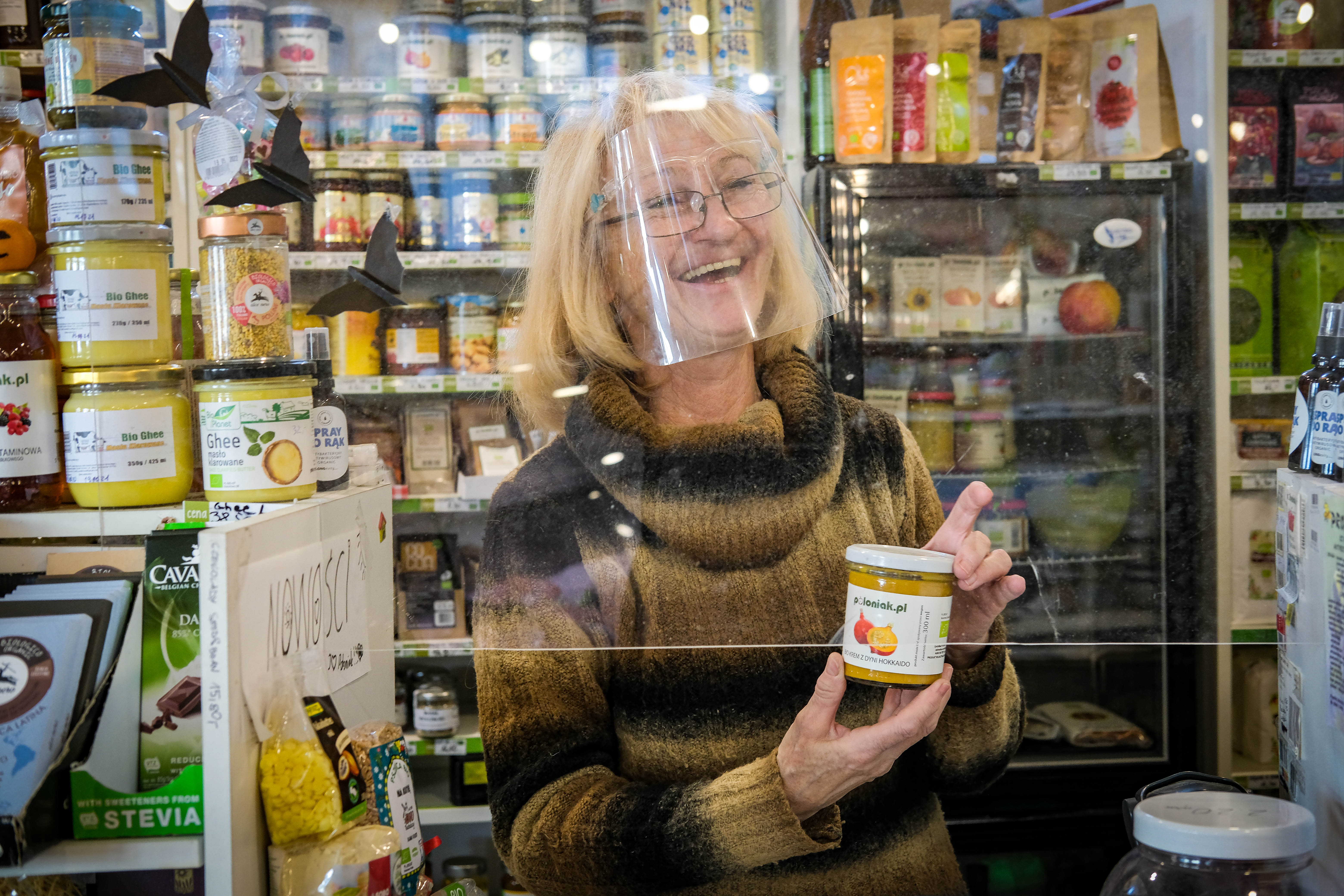 Priding itself on supporting small and family-run eco businesses, stars of the show include Joanna Szewczyk, from Eko Jabłka Joanka, who is from a long line of apple growers; Irena Szymkiewicz-Tyl, who transformed her art business into a family eco-food business, Poloniak; and Tadeusz ‘Tadek’ Dylewski from Żywe Kultury – trading at BioBazar since its early days, nowadays Dylewski has added fermented items to his list of pro-biotics, eco fruits and vegetables.

Consumer demand has helped drive the market for eco-certified produce.Kalbar/TFN

“I started out in pro-biotics,” he says, “and fermented foods contain a lot of these natural pro-biotics and are very good for the digestive system. People are starting to be more aware and more interested in fermented foods – from radishes to watermelon, almost anything can be fermented and we do it all.”

Whilst it may have the biggest proportion of certified ecological goods, BioBazar has since been joined by several other markets offering certified ecological foods in the capital; among the more notable are Fortecca Kręgliccy, Bazar Olkuska and Hala Gwardii, which also has stalls selling ecological soaps and household products. There are also an increasing number of independent family-run eco food stores in Warsaw, such as BioBrain.

The last two-years we have seen a significant rise in interest in eco-produce.Kalbar/TFN

In findings released a few months back, consumer research company Nielsen reported that in the last 12 months Poles spent PLN 709 million złoty on eco and bio products, a 20% year-on-year rise.

Justyna Wasilewko of AgreoEko, a body specializing in the certification of eco farms and produce, confirmed the trend:

BioBazar has been joined by a raft of other markets promising the eco experience – for instance, Warsaw’s Hala Gwardii (pictured).Kalbar/TFN

“In the last two-years we have seen a definite rise in interest from businesses wanting to have eco-products in their portfolio,” she says. “One reason for this is growing demand from consumers, while another is to be seen among businesses that care for the environment.”

Strong evidence for the market trend towards eco-foods can also be discerned from the activities of some of the largest names in the grocery business. Last year, a branch of Poland’s first and largest chain of high street eco food stores, Organic Farma Zdrowia, opened in Wrocław. With 31 stores in all as well as an online store, the firm has been at the forefront of this food revolution.

With demand showing no sign of wavering, eco-certified food products have found a fertile market in Poland.Kalbar/TFN

“People in Poland are demanding an ever wider offer of certified ecological produce, just like the Italians and Germans,” says company president, Sławomir Chłoń, “therefore, we plan on opening even more larger stores in other cities.”

Another chain of organic food supermarkets, Bio Family, is also seeking to make inroads into the eco foods market and rival the success of Organic Farma Zdrowia. Bio Family, set up by Mateusz Świtalski, son of the founder of discount giant Biedronka, opened its first store in Poznań in 2017. More have followed in this city, and the firm now finds itself in the process of expanding its presence across the country; having opened their second store in Warsaw in January, they also now tout addresses in Wrocław and Swarzędz. 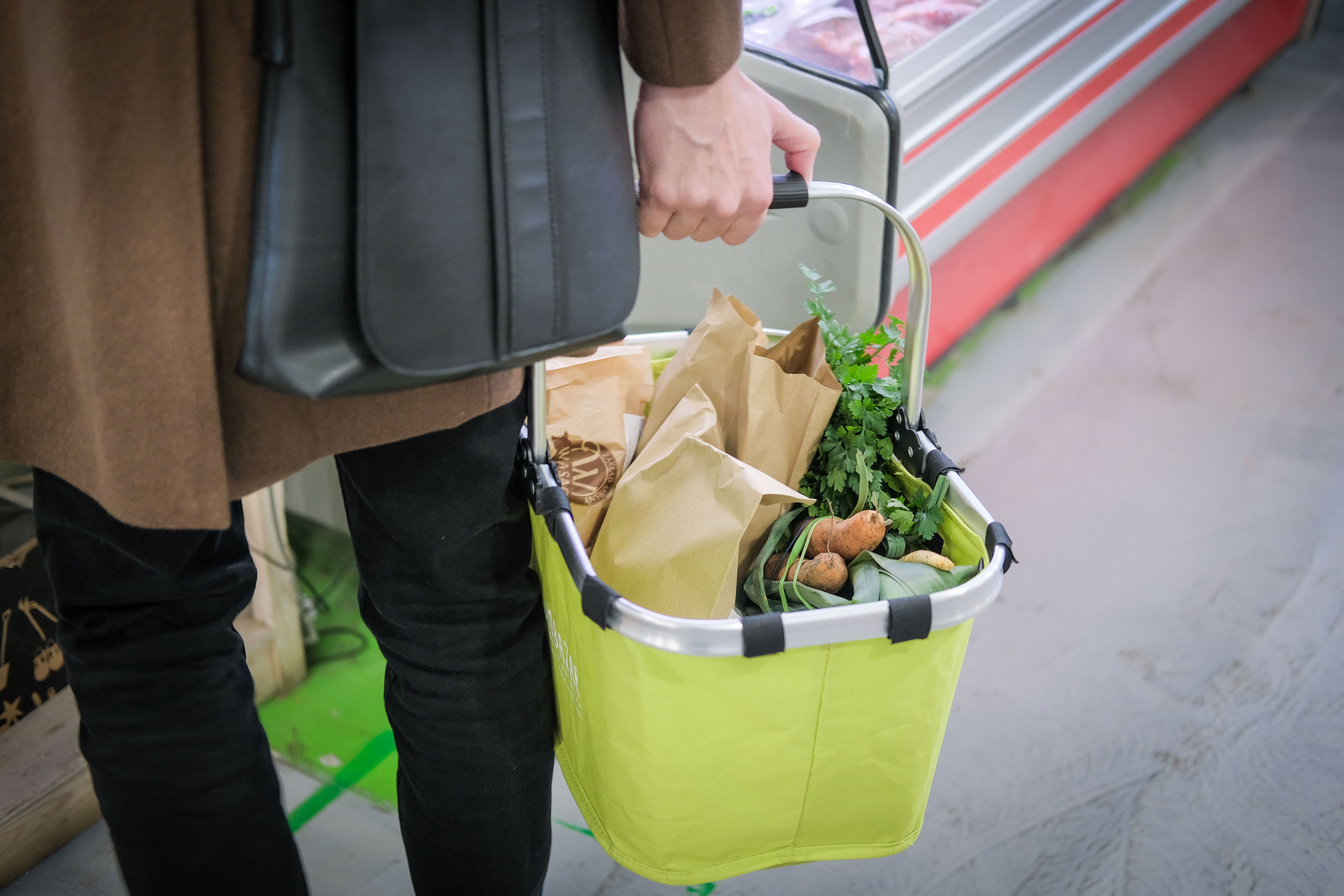 From bazars to independent shops via supermarkets and celebrity endorsed brands, the public’s voracious demand has led to an eco-boom.Kalbar/TFN

Even discount stores, convenience stores and mainstream supermarkets – among them Biedronka, Żabka and Carrefour – are also seeking to capitalise on these evolving consumer preferences.

Żabka added a selection of eco products to their stores in 2017 whilst in the first quarter of 2020 Biedronka reported a 44% y-o-y rise in the sale of bio-labelled fruit and vegetables. Carrefour Poland, meanwhile, have opened a trio of Carrefour Bio stores in the capital since premiering in November 2019. 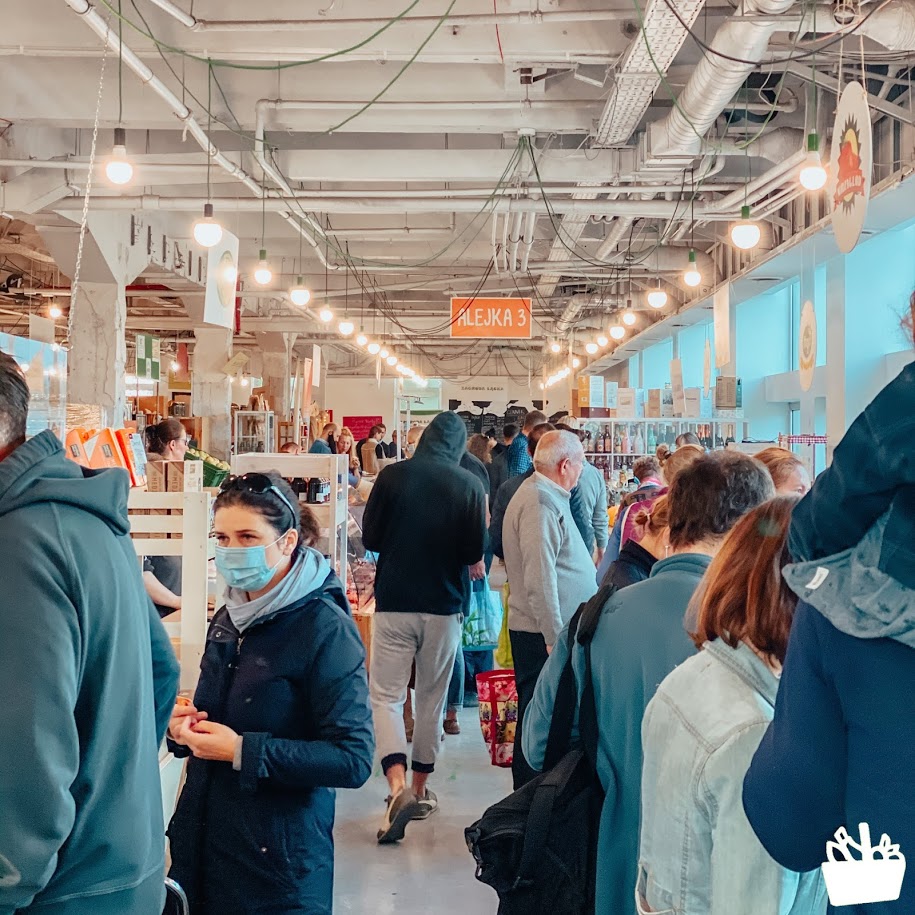 Ten years on, the buzz around BioBazar has shown no sign of slowing.BioBazar/Facebook

With demand showing no sign of wavering, eco-certified food products have found a fertile market in Poland: from bazars to independent shops via supermarkets and celebrity endorsed brands.