As Poland’s first capital, Gniezno is the stuff of legends

The first capital, the cradle of Polish state, and the birthplace of its Christianity, today’s Gniezno has much more offer to visitors than glimpses into bygone past.

Just a PKP train ride away from major Polish cities, Gniezno is an ideal destination for a weekend filled with charming architecture, strolling among lush greenery, and a series of unexpected attractions.

The town of Gniezno is without doubt the stuff of legends. One of the oldest settlements in Poland, it was a silent witness to the state’s formation. 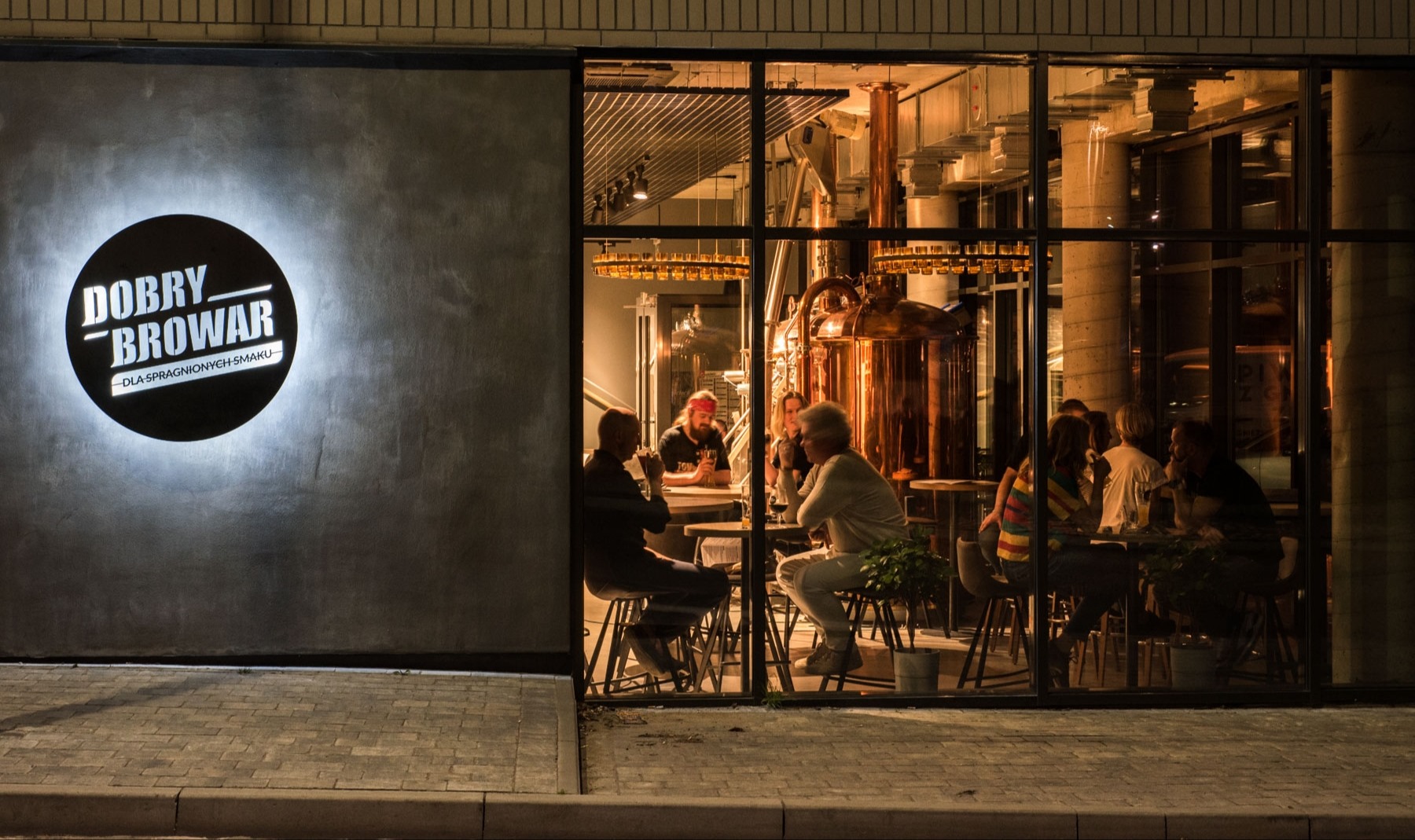 Dobry Browar is a place that has it all – a restaurant and their own craft brewery is worth trying out both by beer lovers and foodies. And if the night goes too well, they offer accommodation on site.Dobry Browar/Facebook 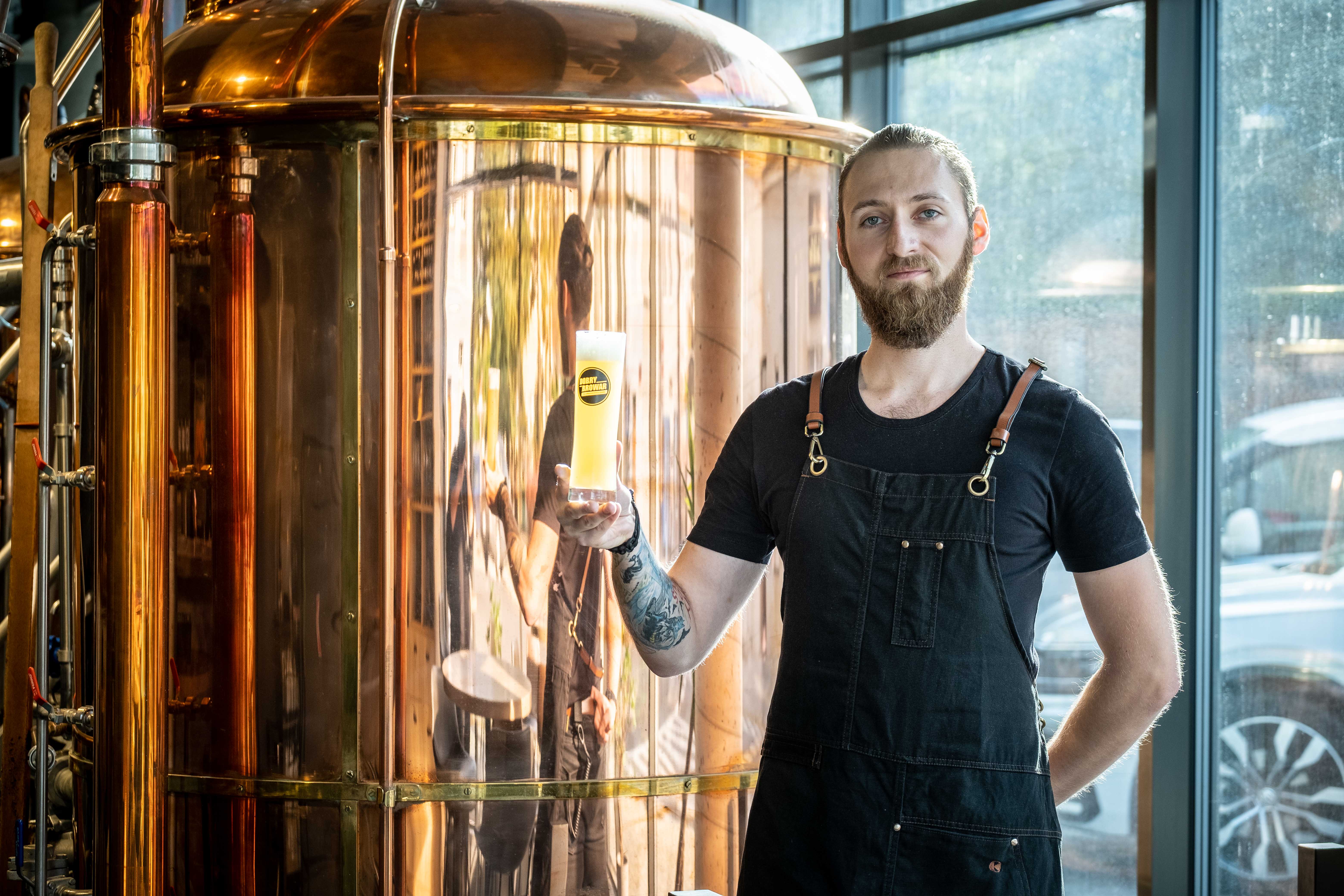 There is a tale in a local chronicle which links Gniezno (the name comes from the word ‘nest’) with the history of Lech, Czech and Rus, the founding fathers of the Slavic nations.

Lech was said to establish his first settlement in a location where he saw a nesting eagle – a favourable sign for the budding nation. 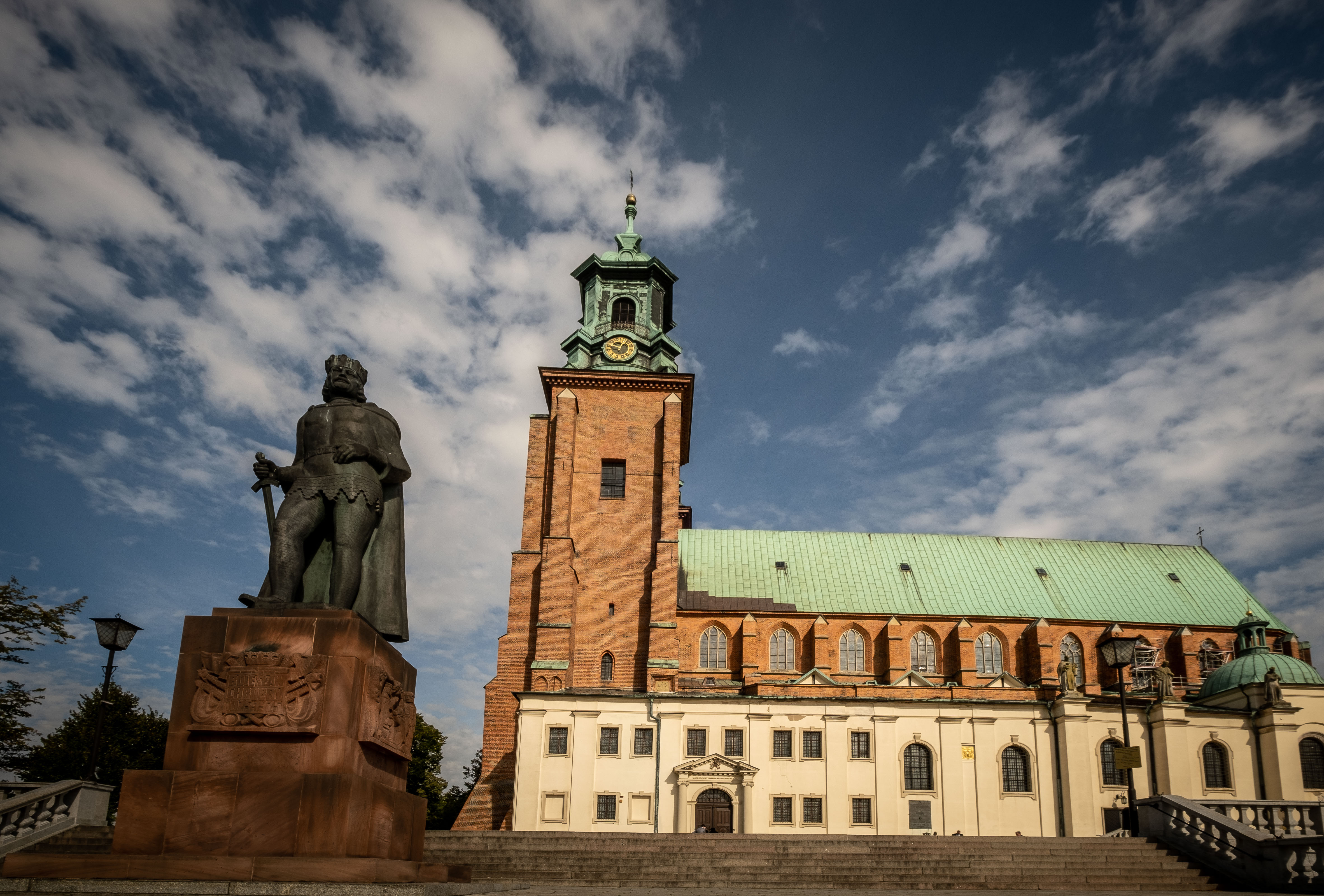 Built in gothic style with characteristic red brick, the Royal Gniezno Cathedral which is now home to the Archdiocese Museum, served as the coronation place for first Polish kings and was the main seat of power for the Catholic church in Poland for many centuries.Kalbar/TFN

It is hard to say whether the legend has even a grain of truth, but Gniezno was the site of the most important historical and political events in Poland during the reign of the first dukes and kings of the Piast dynasty.

Gniezno is also one of the possible locations of the Baptism of Poland – the conversion to Christianity of Duke Mieszko I in 966. The Congress of Gniezno took place in the city in the year 1000. It was the meeting place of Mieszko’s son Bolesław and Holy Roman Emperor Otto III. One of the results was Bolesław being elevated from duke to king. The crowning took place in 1024 in the Gniezno Cathedral. 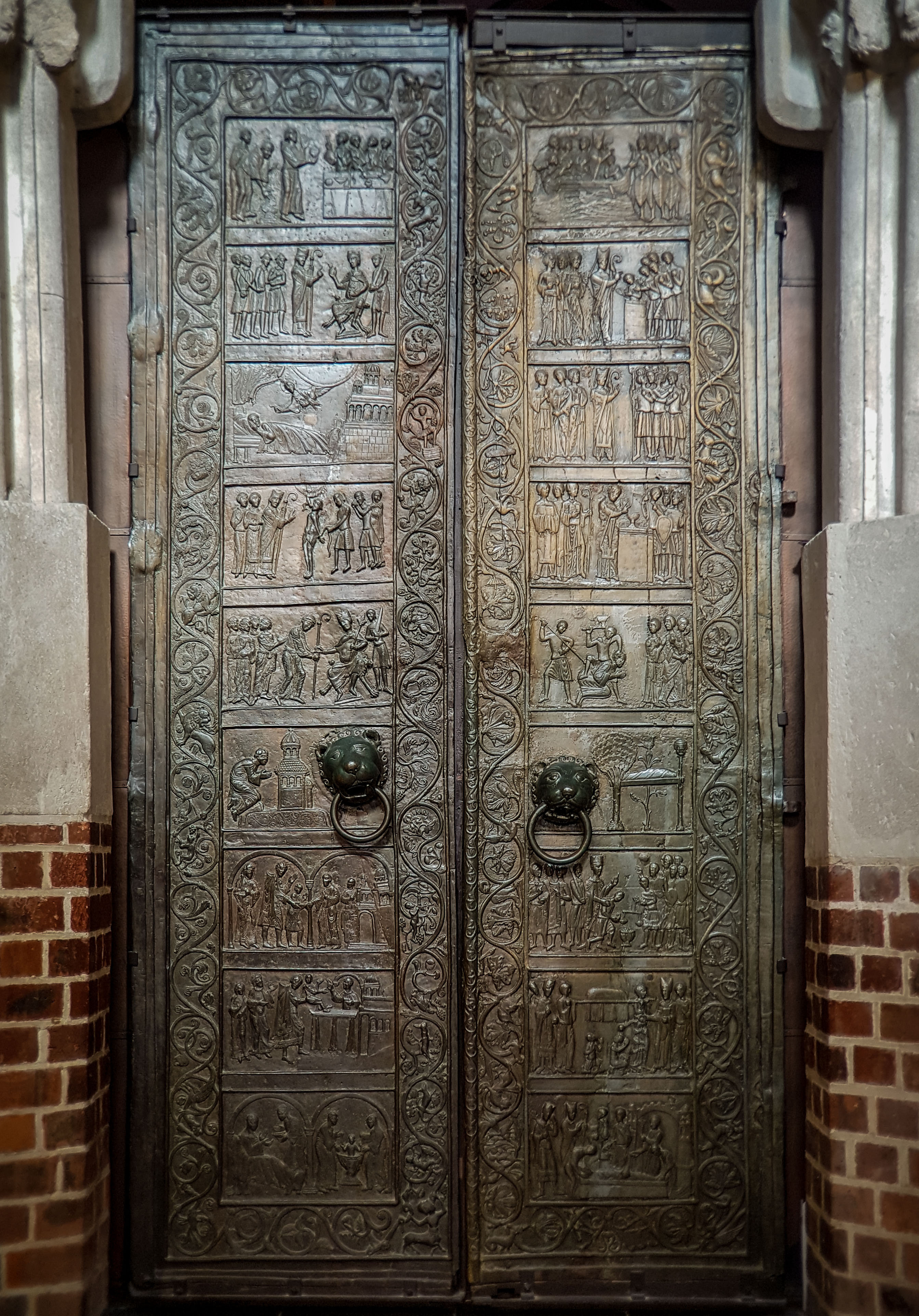 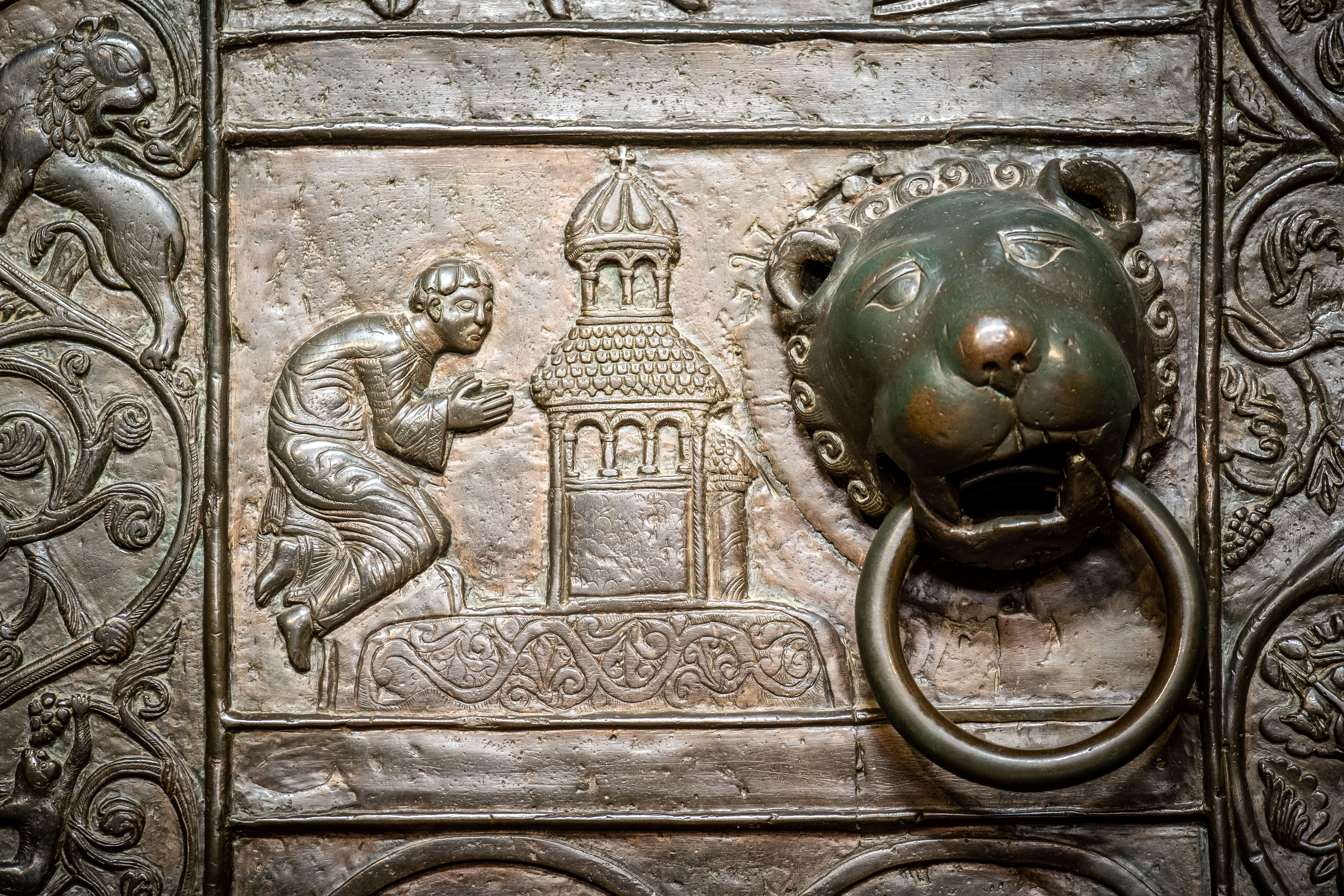 These momentous events are all commemorated in Gniezno. Any tour of the city should start on Lech Hill in the oldest part of the town. Picturesquely located on the shores of Jelonek Lake, it was the location of a fortification complex back in the 10th century.

Today, it is home to the Royal Gniezno Cathedral and Archdiocese Museum.  The church, built in the gothic style with characteristic red brick, served as the coronation place for first Polish kings and was the main seat of power for the Catholic church in Poland for many centuries. The massive two-winged bronze doors with the scenes of St. Adalbert of Prague’s martyrdom depicted on them are an obligatory destination for all school trips to Gniezno. 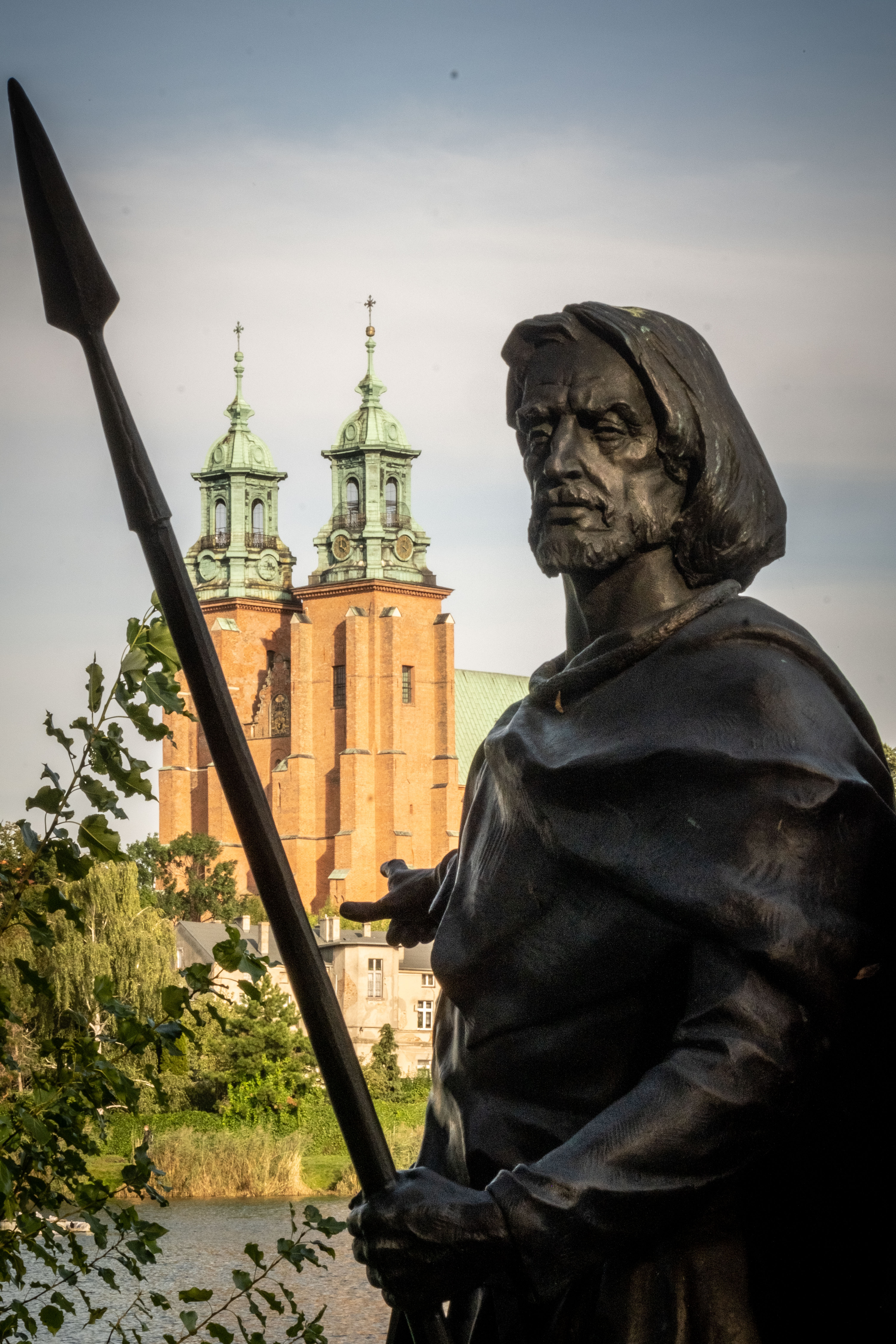 According to legend, Lech, one of the founding fathers of the Slavic nations, was said to have established his first settlement in Gniezno after seeing a nesting eagle.Kalbar/TFN

The nearby Museum of Archdiocese is filled mostly with artefacts connected to the worship of early Polish Christians and their successors. Serving as the cathedral’s treasury, it is filled with artwork from Romanesque and Gothic periods.

The most precious object in the collection is the Chalice of St. Adalbert of Prague (known in Poland as St. Wojciech) made from agate and gold dating back to the 10th century and traditionally believed to be used by the Bohemian missionary. Interestingly, St. Wojciech is thought to be the author of both the oldest Czech hymn and oldest recorded Polish hymn ‘Bogurodzica’. 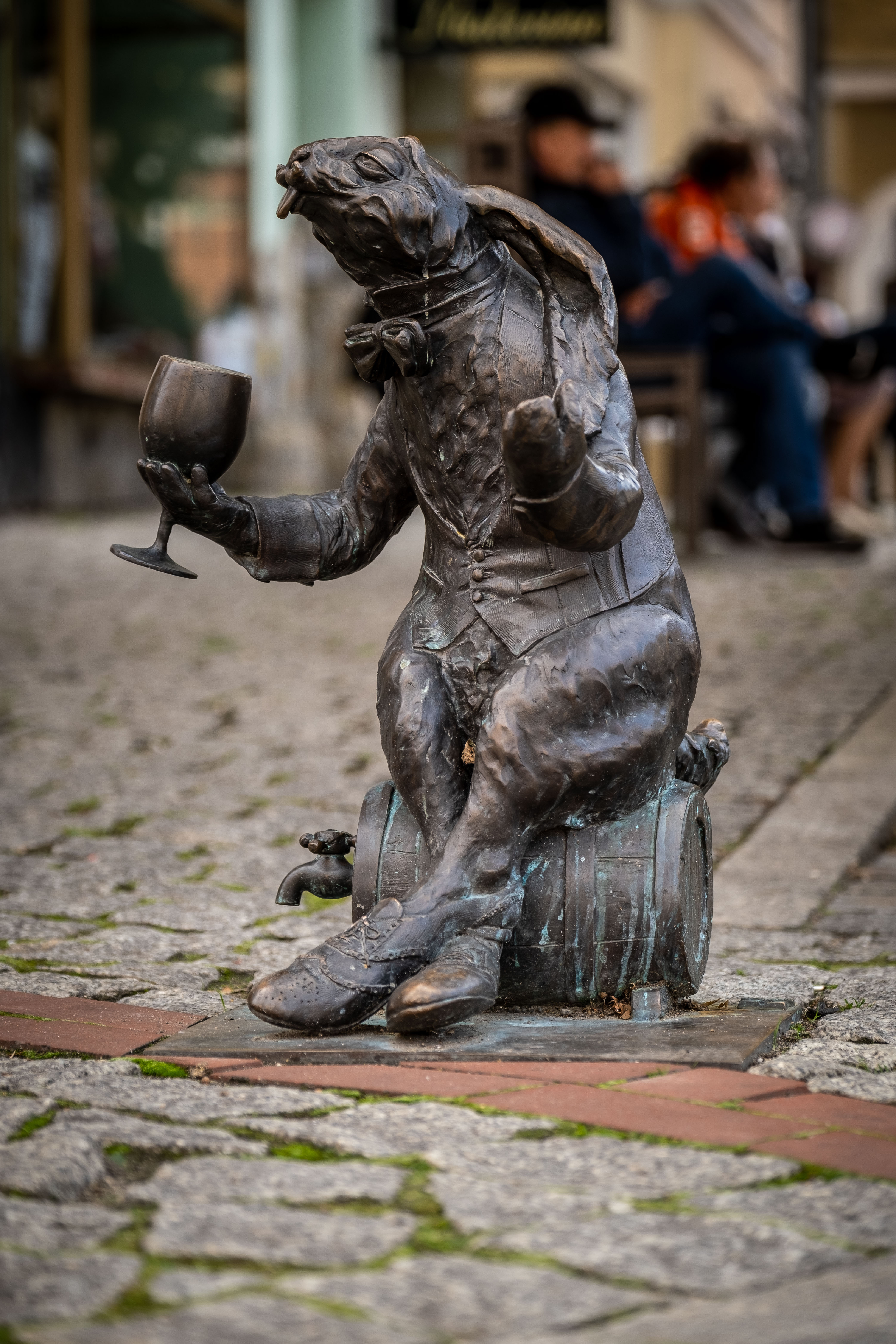 Littering the streets are statuettes of rabbits, dressed to represent crucial historical moments in the city and in the regions, such as the Greater Poland Uprising.Kalbar/TFN 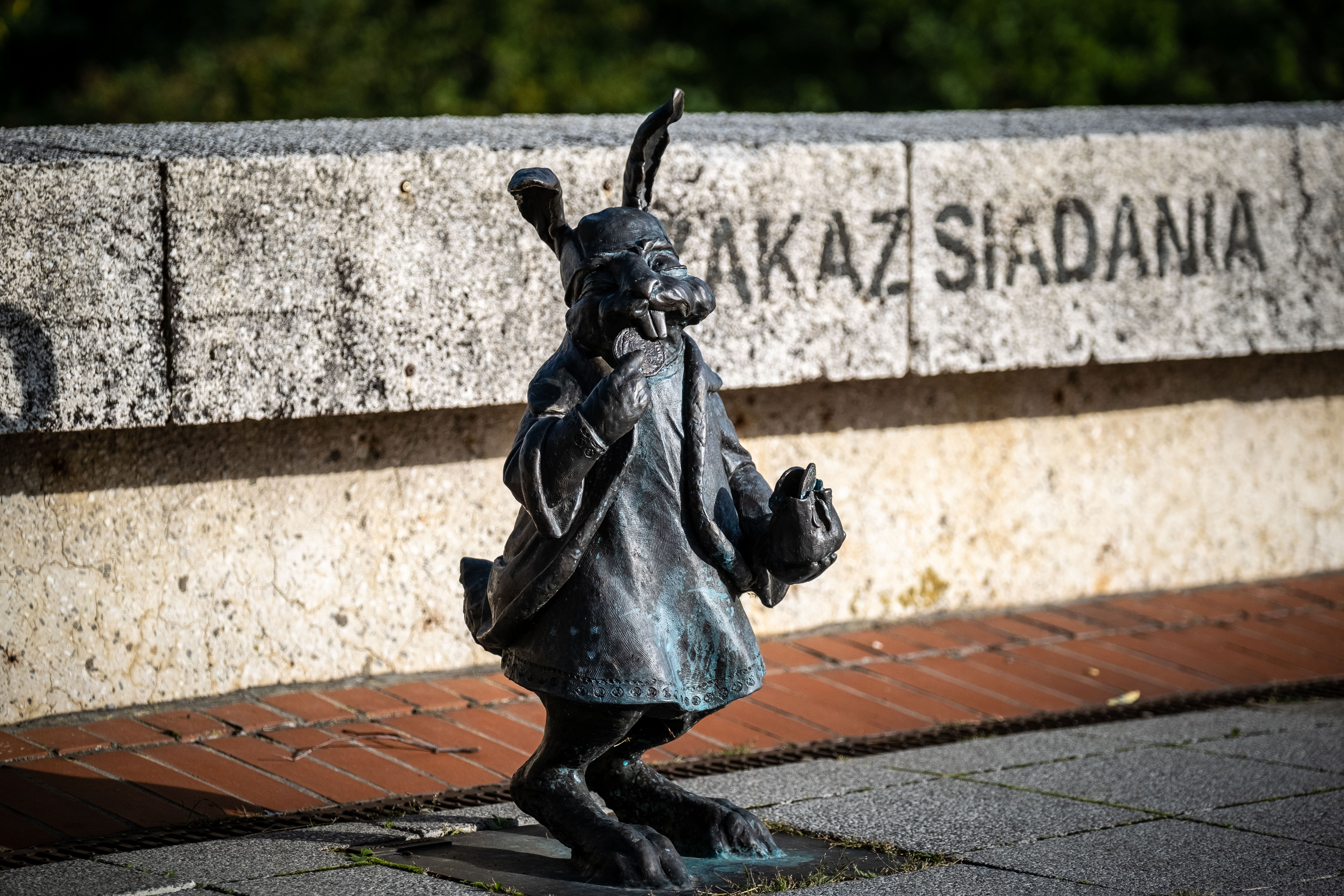 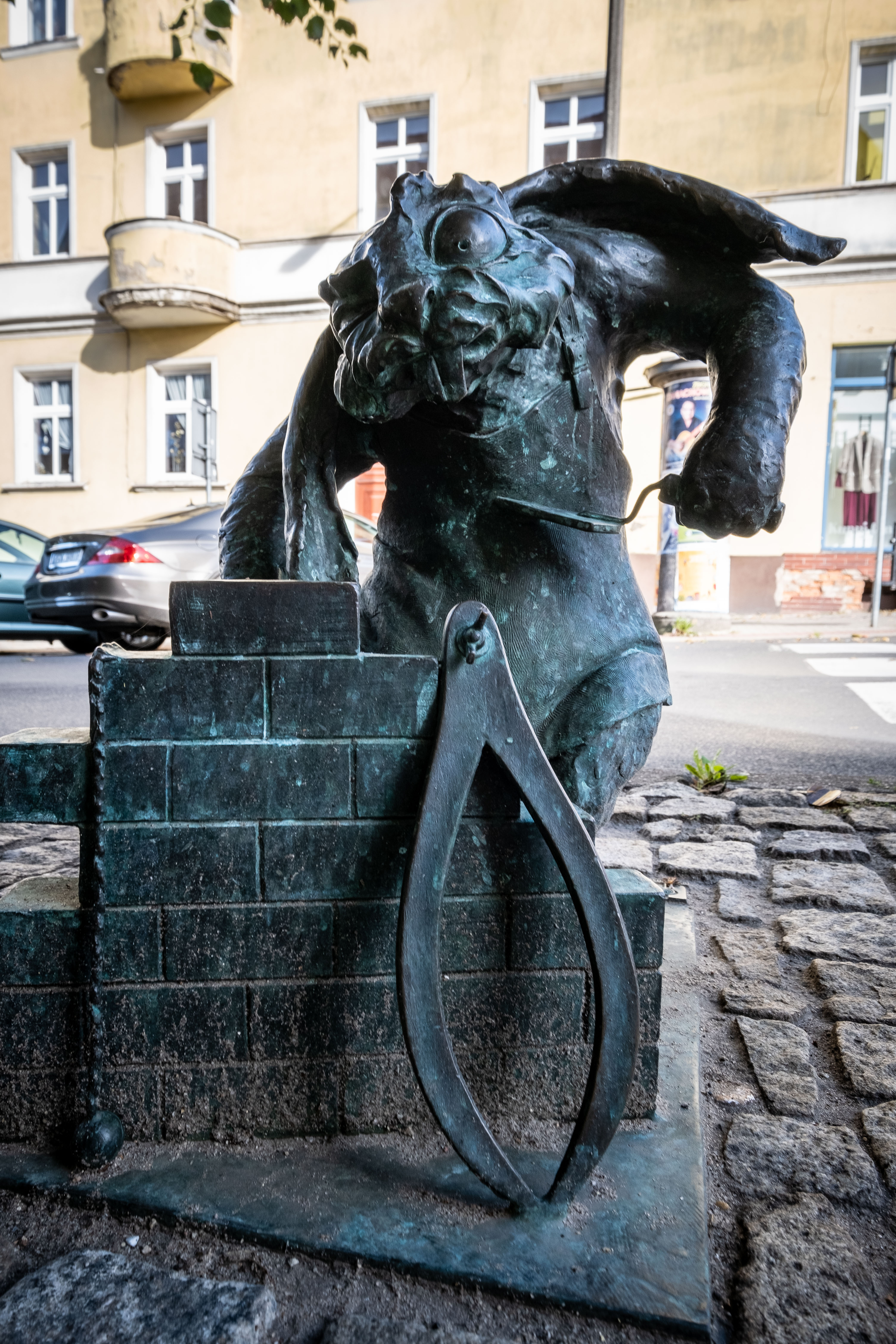 The journey to the past of the Polish state can be completed by visiting the Museum of the Polish State Origins. Opened in 1983, it offers several exhibitions detailing the beginnings of Poland. Visitors will have the chance to discover how the nation was built, see the artwork both back from the medieval times and some later pieces connected to the historical theme, as well as some examples of Slavic art.

With your head filled to the brim with history and ages past, it is best to take a walk on the Royal Route encompassing Gniezno’s Old Town. Charming architecture and cobbled streets can take us to a different era, even if only for a moment. The Route is filled with statues of kings, heroes of legends, informational boards and... sculptures of rabbits. 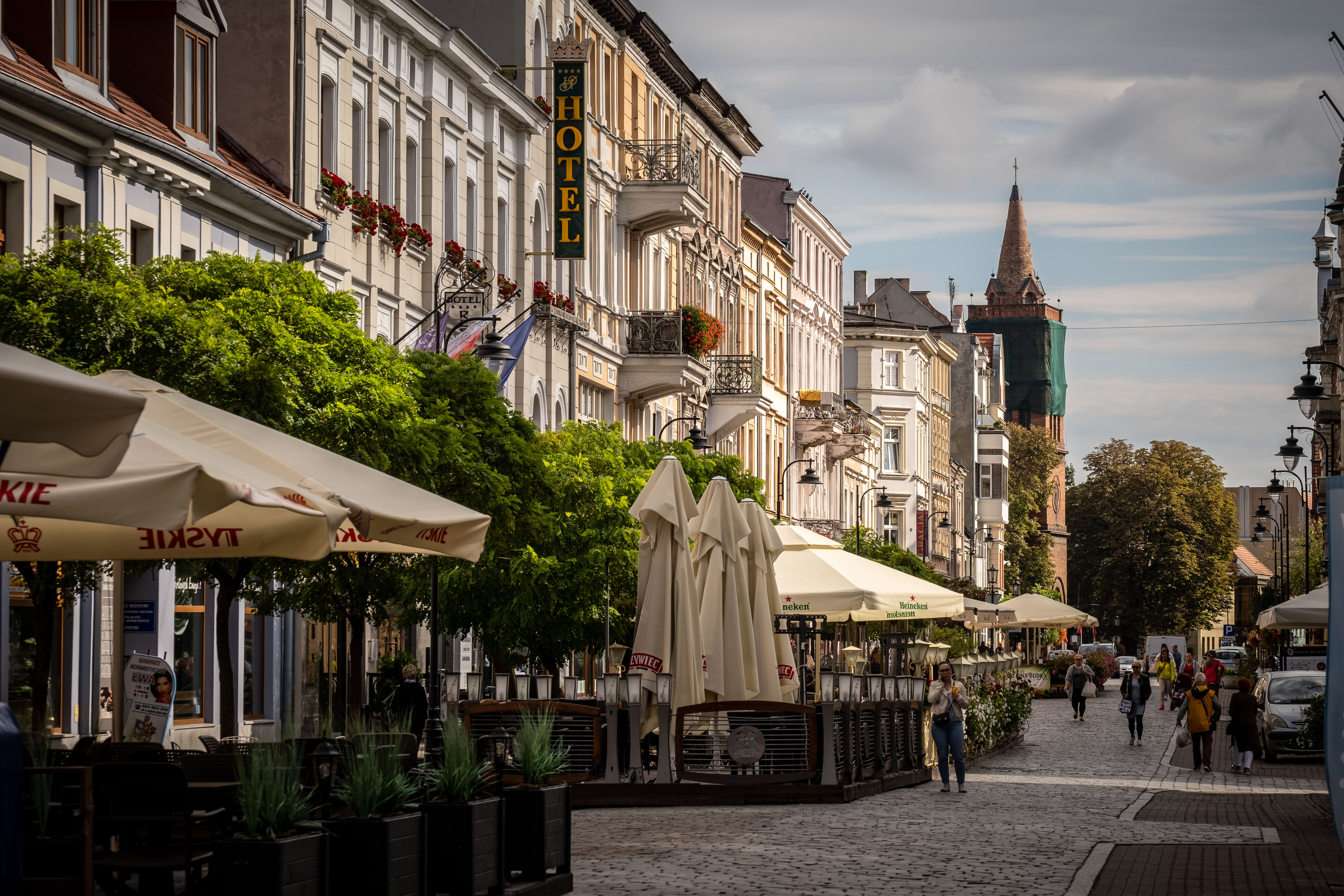 A wordplay on the Polish ‘król’ (king) and ‘królik’ (rabbit), the little rodents are dressed to represent the crucial historical moments in the city and in the regions, such as the Greater Poland Uprising. Kids can download a free app, that will turn the walk into a fun game of chasing said rabbits.

For a break from medieval history, there are two unmissable spots on Gniezno’s map.  First, is the Museum of Antiques of Technology located in the former military barracks. Inside, it’s a little (and not so little) boys’ dream: motorcycles, classic cars, and even some military gear is displayed to the heart’s content. 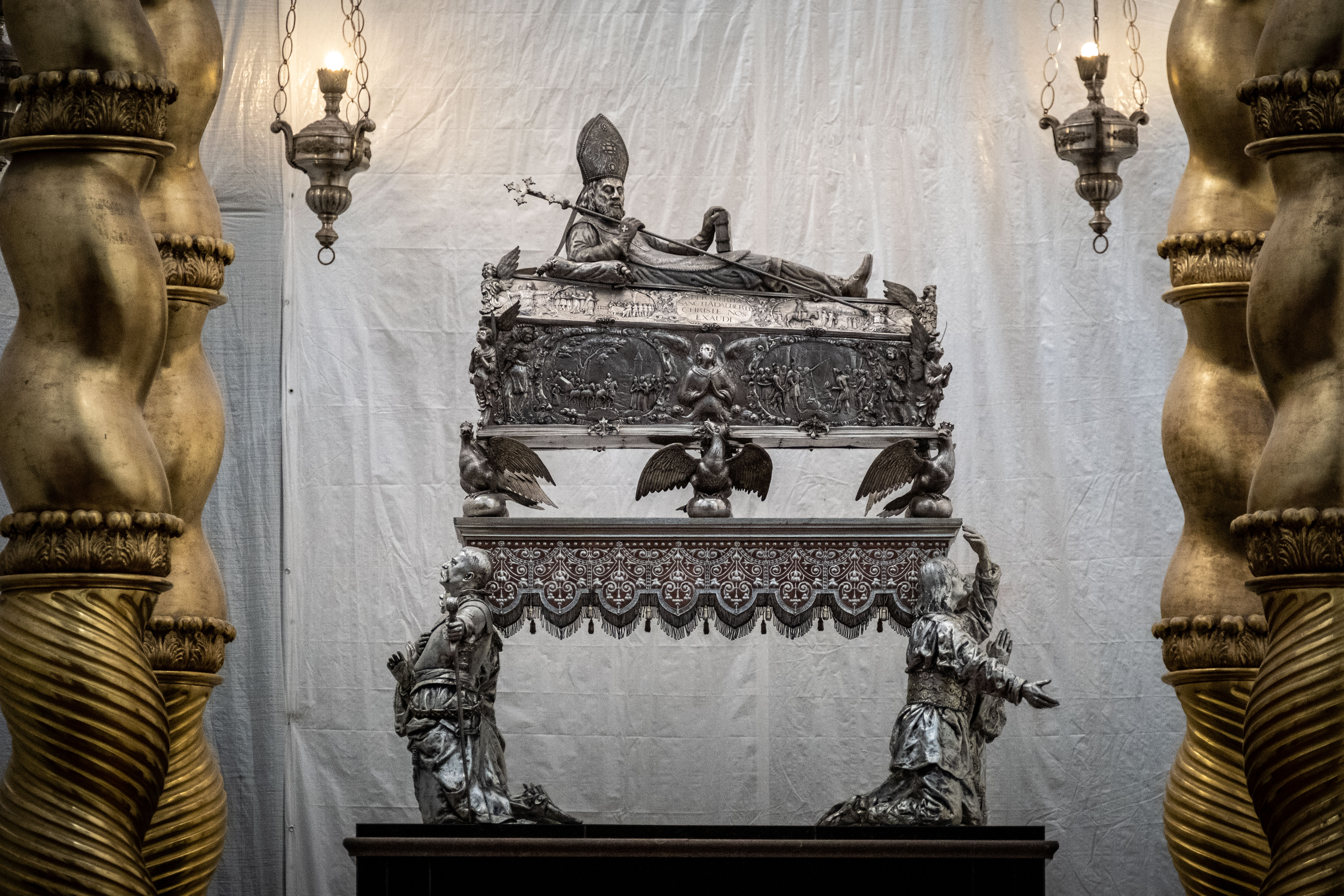 Gniezno was the site of the most important historical and political events in Poland during the reign of the first dukes and kings of the Piast dynasty.Kalbar/TFN

The presented exhibits, gathered by the ClassiC Gniezno Association, were painstakingly renovated and restored to their original state. In addition, the museum offers workshops during which the participants can learn the principles of constructing and operating said machinery.

The second must-see is the Historic Rail Engine House. With its trademark industrial and somewhat gloomy atmosphere, it gives the visitors a glimpse into the past of railway industry in the region, dating back to 1872. The first lines, still operating though renovated and rebuilt many times, connected Gniezno with Poznań, Innowrocław, Toruńa and Bydgoszcz. The Steam Engine House was built only three years later. 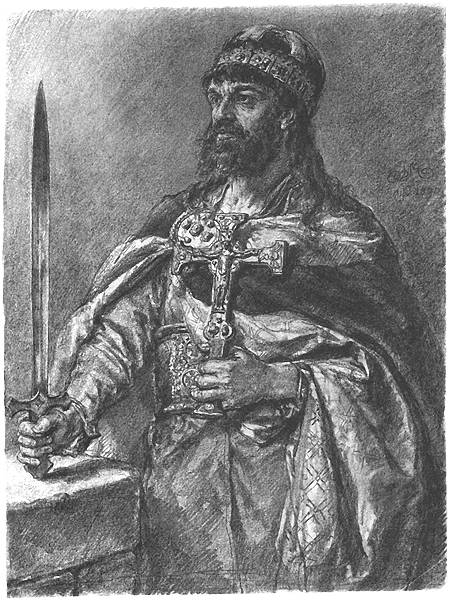 Gniezno is also one of the possible locations of the Baptism of Poland – the conversion to Christianity of Duke Mieszko I in 966.Public domain

Serving as a museum today, it operated and repaired engines until 2009. Once the business died down, the facility slowly decayed and only the local association and visitors are keeping it alive. An hour-long walk along the tracks, buildings and different equipment presents a fascinating in-depth look into the evolution of railway transport and the sturdy machines that powered it.

Gniezno has a lot to offer in terms of cuisine as well. Traditional Polish dishes, with a regional twist reign supreme, though there is something for everyone to be found.

Dobry Browar is a place that has it all – a restaurant and their own craft brewery is worth trying out both by beer lovers and foodies. And if the night goes too well, they offer accommodation on site. 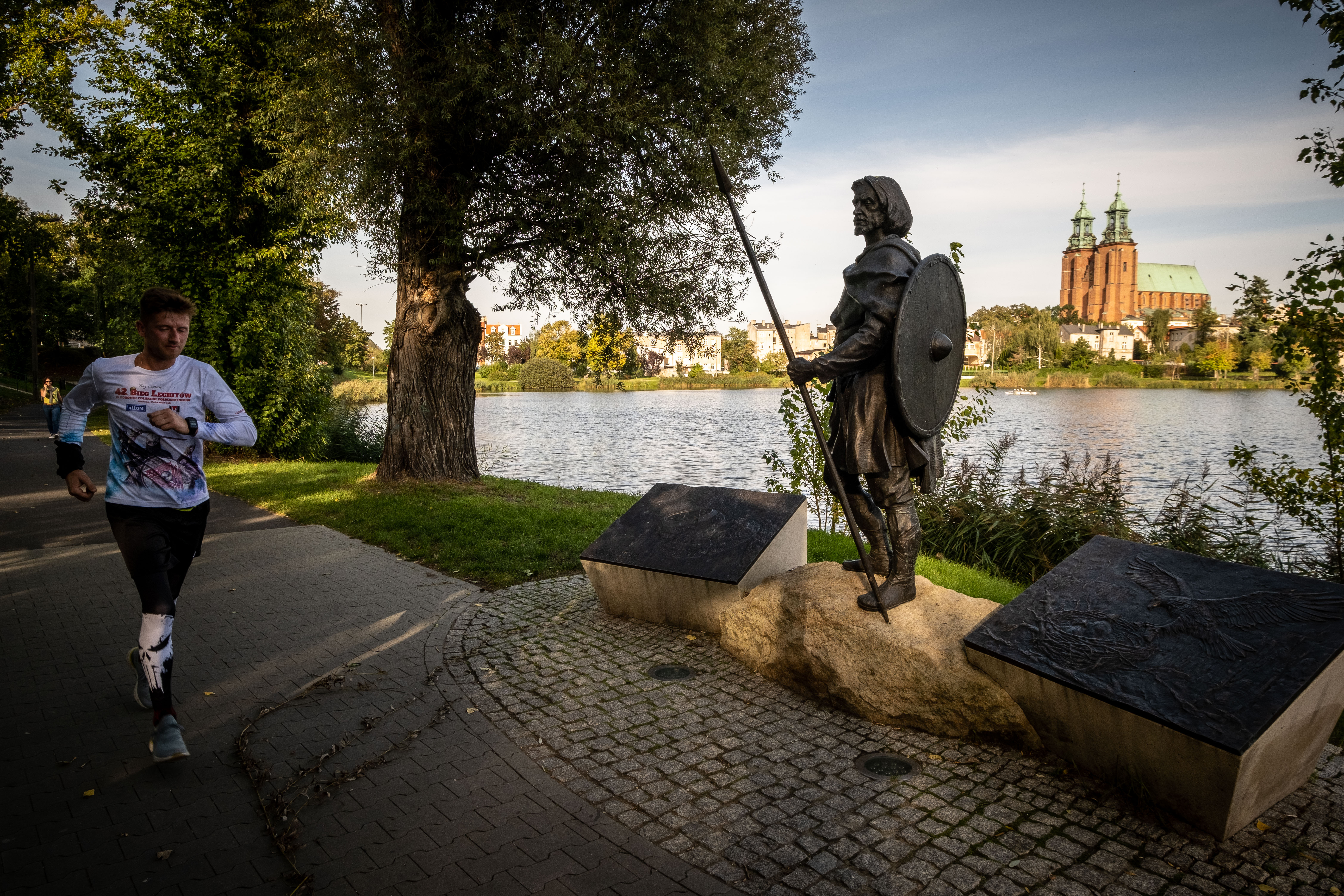 Gniezno is an ideal destination for a weekend filled with charming architecture, strolling among lush greenery, and a series of unexpected attractions.Kalbar/TFN