As a new exhibition opens to celebrate the 150th birthday of an ‘immortal genius of the arts’, TFN explores the life and times of Stanisław Wyspiański

To celebrate the 150th birthday of one of Poland’s key cultural figures, the National Museum in Kraków has opened a new exhibition entitled “Wyspiański. Unknown” showing the artist’s work.

Stanisław Wyspiański belonged to an exclusive group of world-class artists who developed their extraordinary talents in more than one field of artistic activity - in Wyspiański’s case, through literature and fine arts.

From writing classic plays to designing impressive stained glass windows, Wyspiański is still considered one of the masters of his genre.

The exhibition which opens today, however, focuses on a less explored area of Wyspiański’s work. 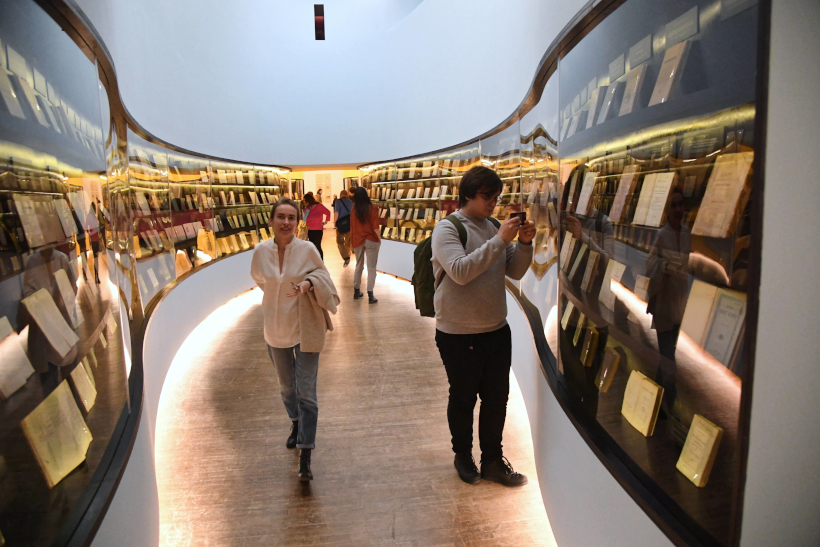 Consisting of a 150-meter-long passage of bookshelves, the exhibition’s curators have included works of literature from the artist’s private collection which inspired him – both literarily and visually – as well as his book cover designs with floral motifs and pieces of his own self-penned literature.

Born on this day in 1869 in Kraków, Wyspiański was destined to become an artist.

His alcoholic father, Franciszek, was a sculptor who owned an artistic studio on Wawel Hill and at a young age Wyspiański became acquainted with the painter Jan Matejko, an iconic figure in history of Polish art who, recognising Wyspiański’s artistic talent, offered him artistic guidance. 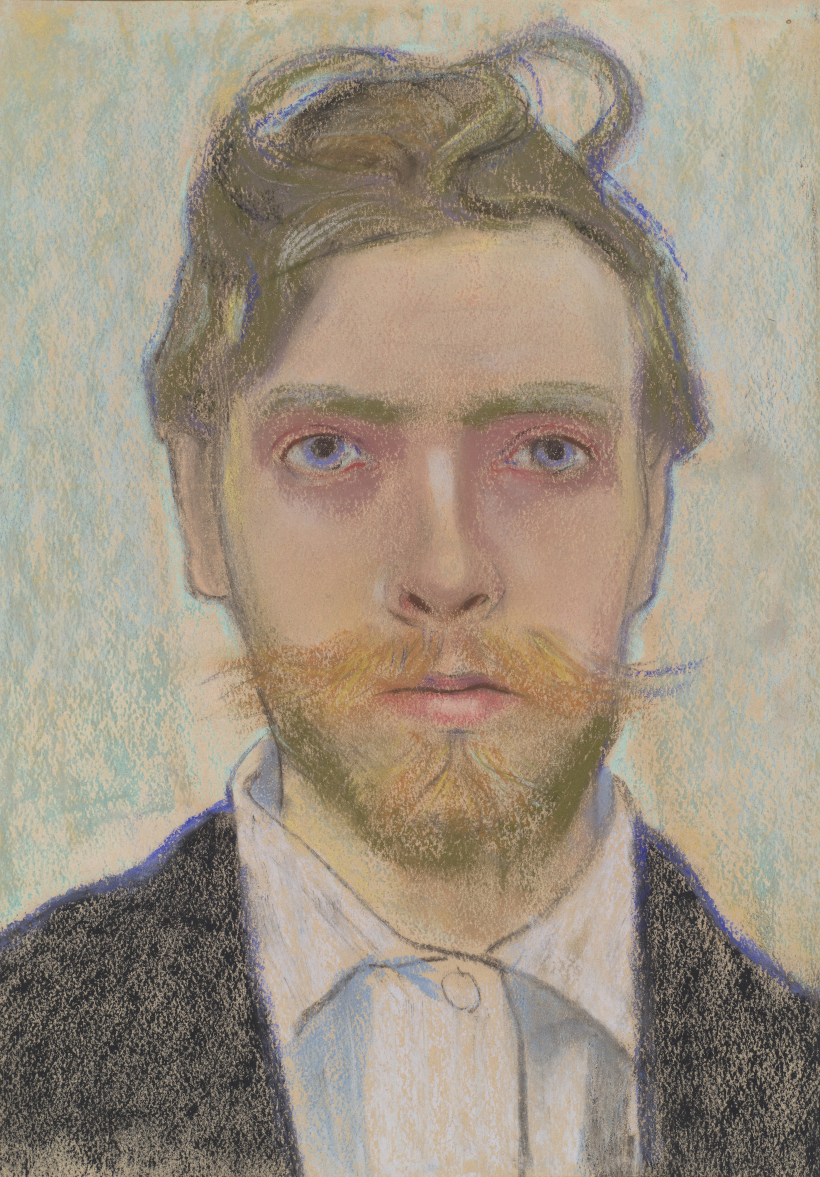 After studying philosophy and painting at Kraków’s respectable Jagiellonian University and School of Fine Arts, Wyspiański travelled around Europe for several years, visiting Germany, Switzerland, Bohemia, Italy and France, where he became acquainted with the French painter Paul Gauguin.

Returning to Kraków, the young Wyspiański immersed himself in the modernist art movement where he created his famous polychromies and stained glass windows, which can still be admired in Kraków churches today.

And then came an invitation, which changed everything, not only in Wyspiański’s life, but in Polish culture.

Attending the wedding of a friend, the poet Lucjan Rydel, Wyspiański was so inspired by what he experienced at the party held in the small village of Bronowice outside Kraków that he sat down to write what would become his most important play and a milestone in Polish culture  – The Wedding. 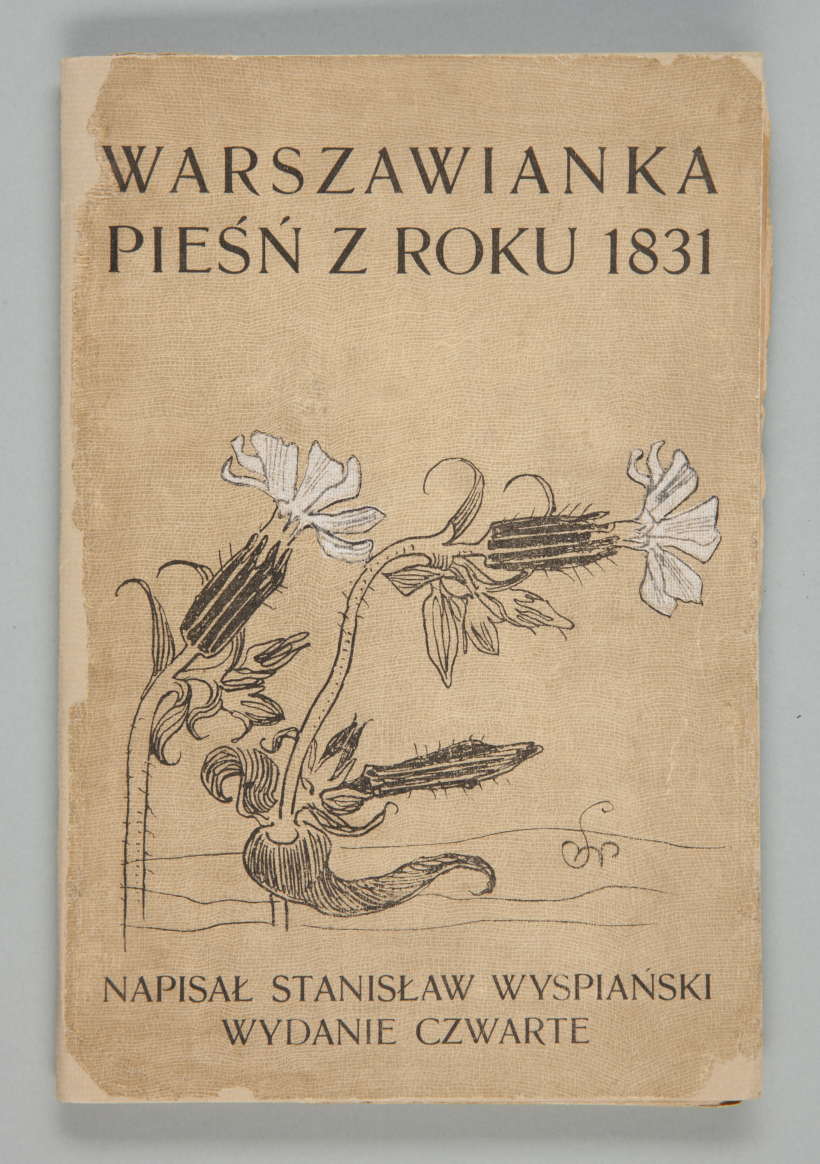 The cover of Wyspiański's play entitled 'Warszawianka', designed by the author himself.The National Museum in Kraków

A strange, allegorical and unparalleled mix of real life testimonies, events, conversations and acts, the play resembled a report from a gossip magazine and threw up important questions which even today form a crucial part in the narrative of Poland and Polish identity.

First staged in 1901, “The Wedding” was a huge success, propelling Wyspiański to overnight stardom and ensuring his status a national drama-visionary and the most important living Polish literary hero.

Such was his importance to Polish culture that he is frequently compared to that of Ireland’s W. B. Yeats, America’s Eugene O'Neill and Belgium’s Maurice Maeterlinck. 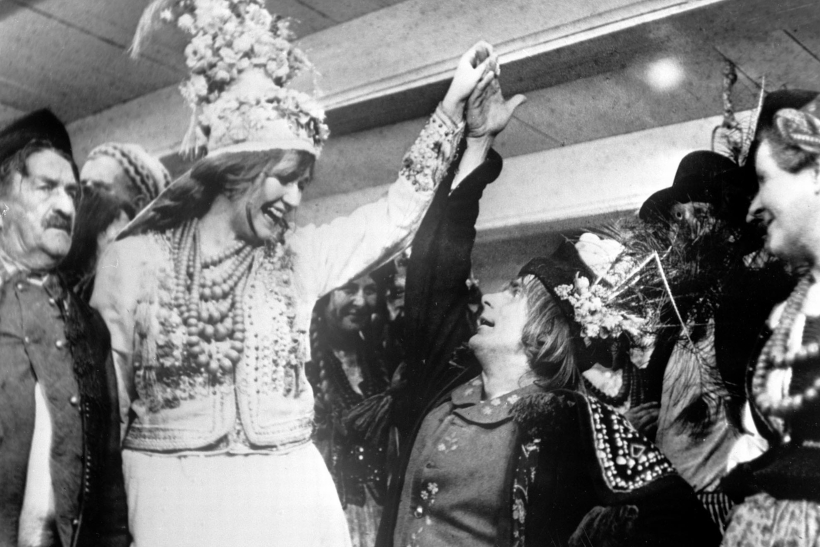 A scene from Andrzej Wajda's film based on Wyspiański's play 'The Wedding', 1972.PAP

When Oscar-winning director Andrzej Wajda came to make his 1972 adaptation of the play, recognizing the importance of the text he left intact. But his visual interpretation took the play to a whole new level – and an international audience.

With clever use of sound, lighting, camera movement and editing, Wajda was able to inject the play with an energetic hallucinatory effect and elevate it far beyond what Wyspiański could achieve on the stage.

The film went on to win a succession of awards and accolades and years later and years later was included in a series of lectures entitled Martin Scorsese Presents: Masterpieces of Polish Cinema, thus further cementing Wyspiański’s place in the canon of cultural greats.

Stanisław Wyspiański 'Morning at the Foot of the Wawel Hill', 1894.The National Museum in Kraków

Not long before his death, Wyspiański became a professor at the Academy of Fine Arts in Kraków.

But his health soon began to deteriorate and he eventually died of syphilis, which was incurable at the time.

His funeral, which took place in his hometown Kraków, became a national day of mourning.

Exhibition of destroyed Russian tanks to open in Warsaw