Artists unite for unique auction to raise money for Ukraine

The principal part of an auction featuring some of Poland’s biggest artists is set to begin today as part of an initiative organized to help Ukrainian refugees.

Involving high calibre artists such as Wilhelm Sasnal, Piotr Młodożeniec, Agata Agatowska and Sławek ‘Zbiok’ Czajkowski, the fund-raiser is one of several efforts coordinated by Café Bergson in Oświęcim, a town most will know better under its German name: Auschwitz. 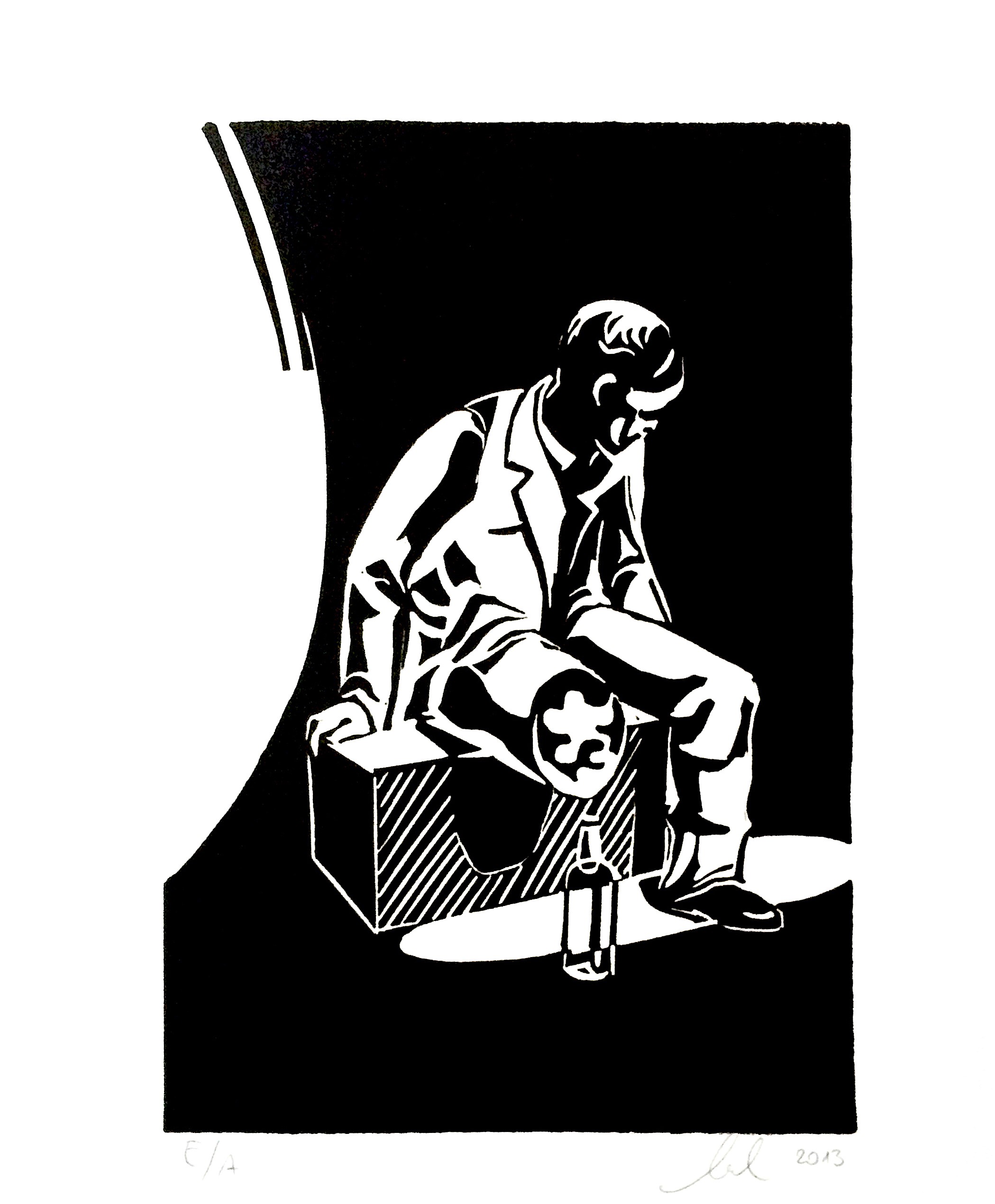 Regarded as one of Poland’s greatest living painters, it is a painting by Wilhelm Sasnal that arguably stands to be the biggest catch of all.  Press materials

Opened in 2015, and overseen by the Auschwitz Jewish Center, Café Bergson has grown to become more than merely a social stop, but a place representative of dialogue, diversity and inclusion. As such, the café has been on the vanguard of the town’s response to the refugee crisis.

Speaking to TFN, Tomek Kuncowicz, the director of the Auschwitz Jewish Center, said: “currently we are conducting Polish language courses for refugees and have over 160 people attending them. 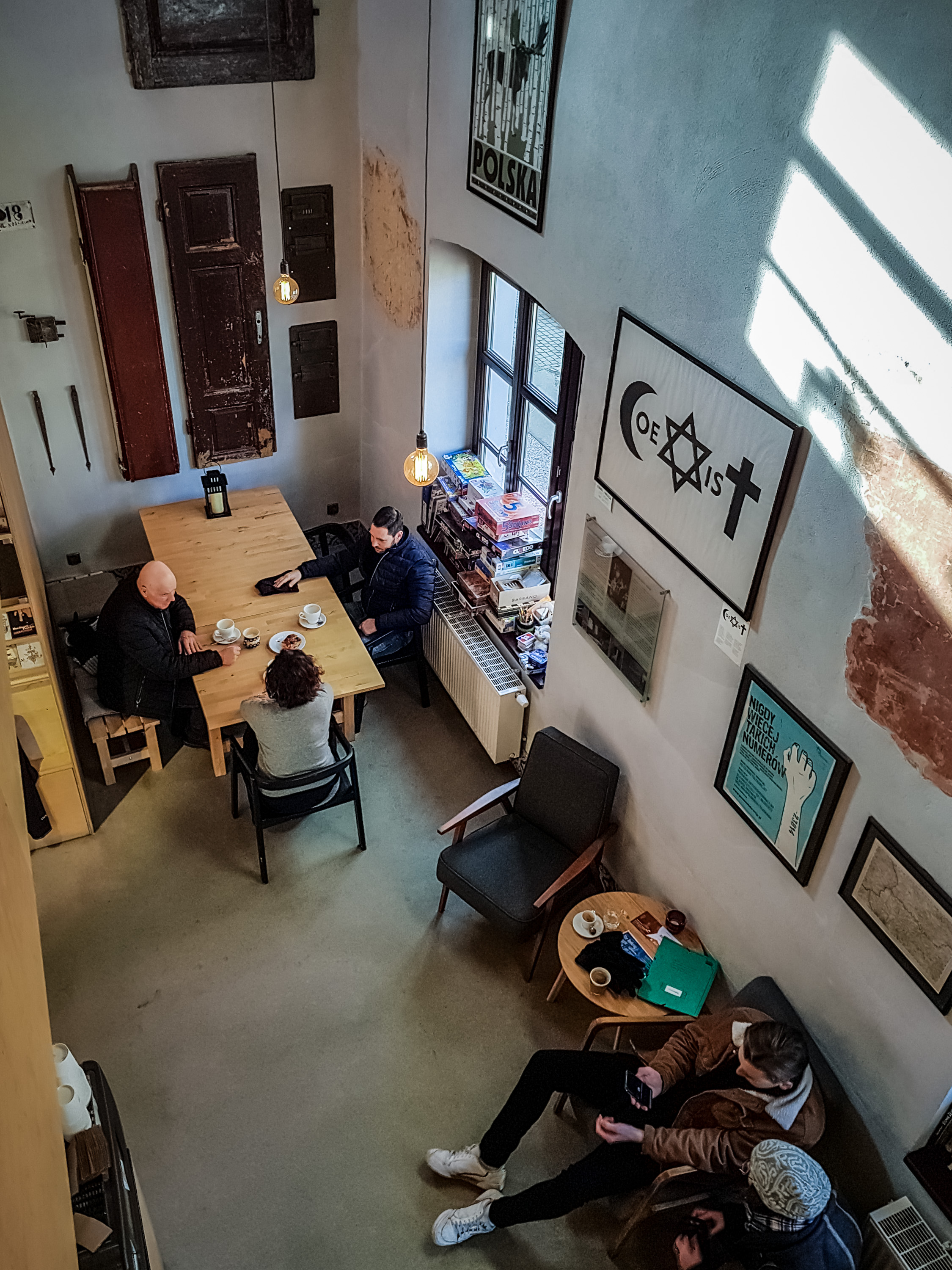 Opened in 2015, and overseen by the Auschwitz Jewish Center, Café Bergson has grown to become more than merely a social stop, but a place representative of dialogue, diversity and inclusion.Kalbar/TFN

“We have also launched regular workshops for children and young people, both from Poland and Ukraine, to enhance integration; moreover, we have created an information point for refugees at Café Bergson.

“Additionally, we have brought over two former Ukrainian volunteers and organized their housing and have also collected donations to finance the various needs for the 2,000 refugees that have arrived to the town and county.” 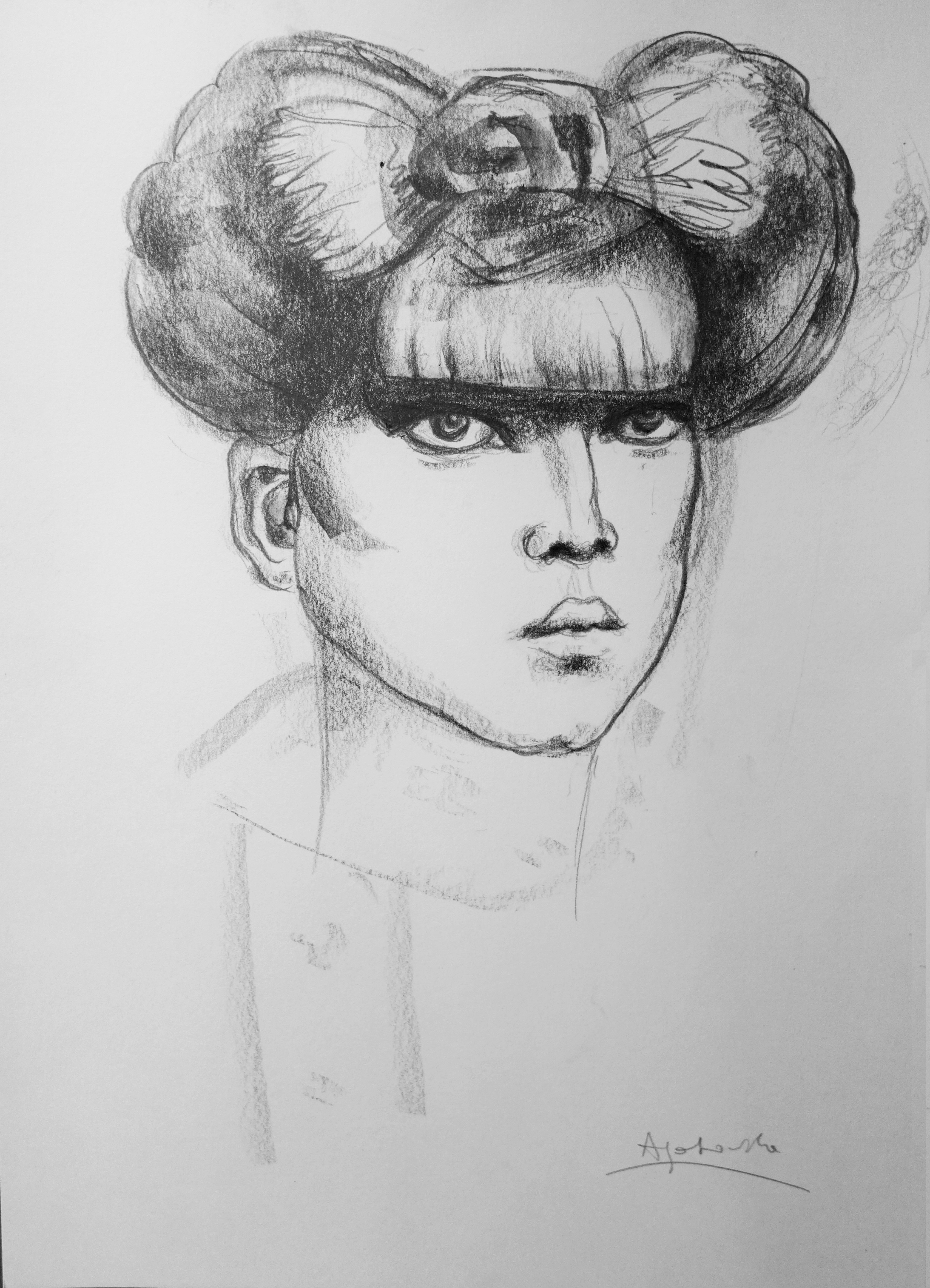 Simply titled ‘Fashion Girl’, Agata Agatowska’s work depicts a stern but beautiful woman and is one of the works that will be auctioned.Press materials

To finance this, the art auction is the boldest action yet, and although one work was presented last week (by local artist Krzysztof Piętka), it is today that organizers stand to reveal the rest.

“We have developed an extensive relief program and of course all these efforts need financial support so we came up with an idea of an art auction,” says Kuncewicz. “We asked the artists we know for their help and have so far received works from ten of those.” 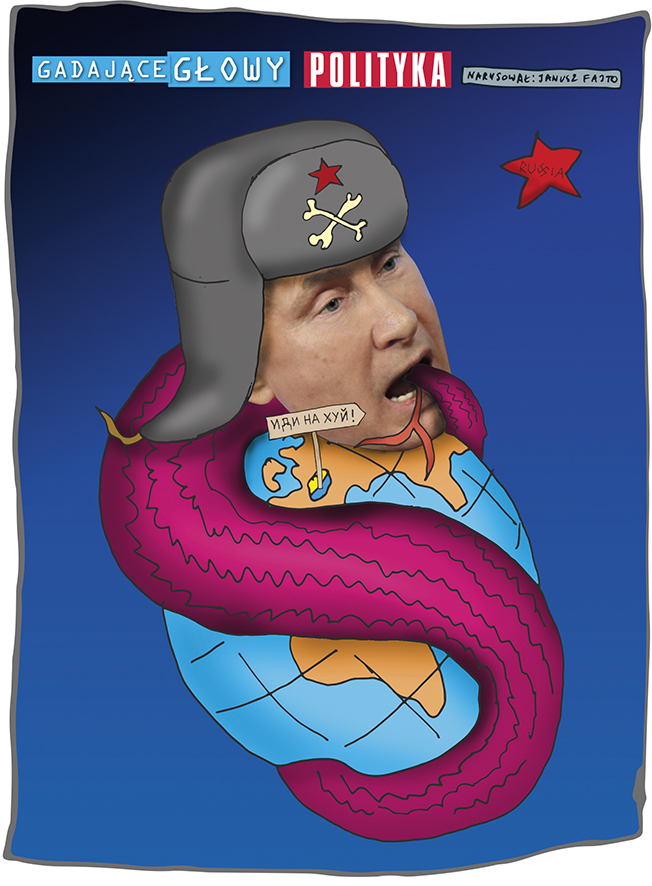 More directly related to the conflict in Ukraine, Putler by Janusz Fajto shows Russia’s leader with a serpent slithering from his mouth.Press materials

Of these, it is perhaps a painting by Wilhelm Sasnal that stands to be the biggest catch of all, with the artist commonly regarded as one of Poland’s greatest living painters.

“Wilhelm Sasnal is very engaged in the fight against any kind of discrimination, xenophobia and hatred and his response was immediate and positive,” says Kuncewicz. “Although we haven’t set any minimal prices, we already expect a lot of interest so I think we should be able to help a lot of people.” 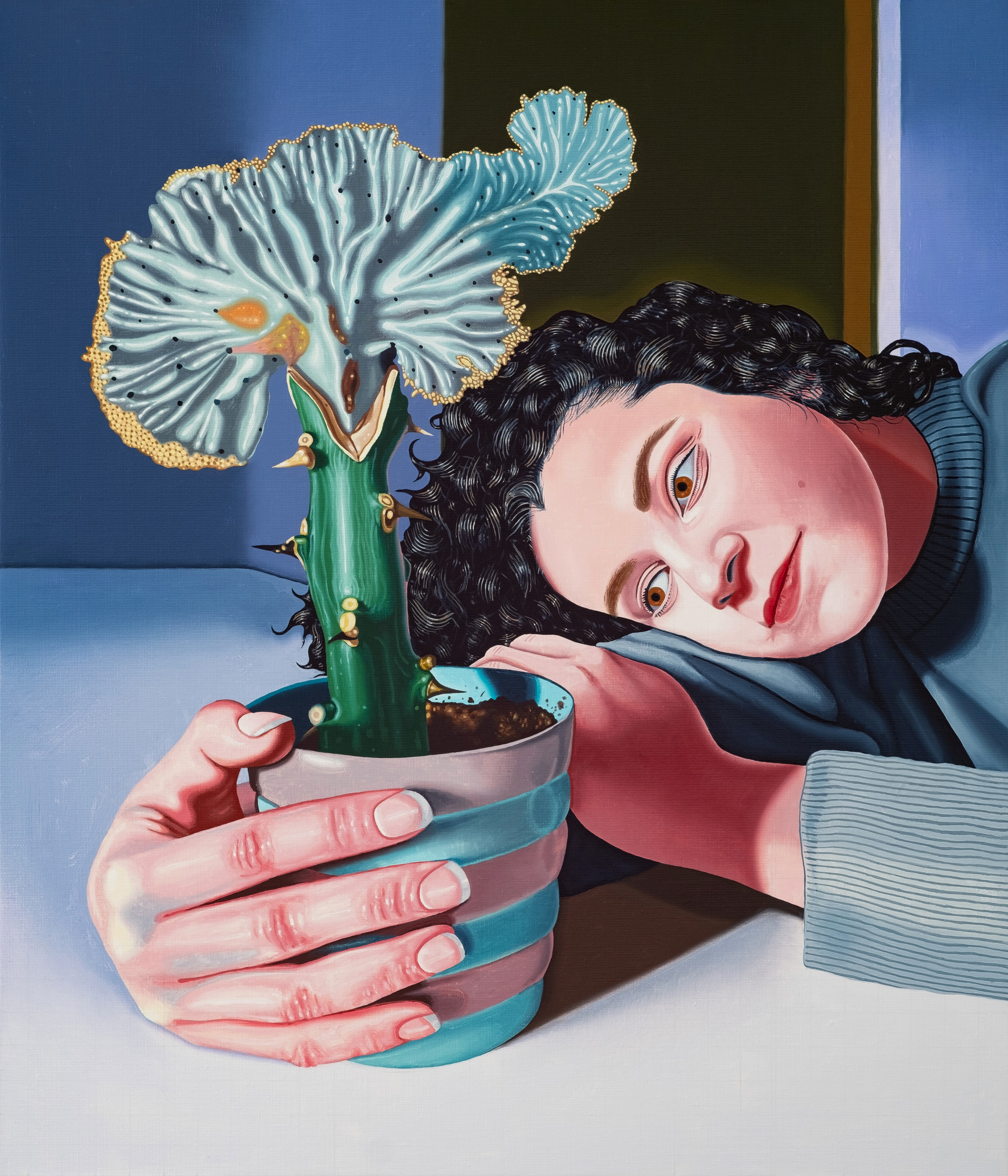 Covering a broad range of topics and subject matter, one work sees Tomasz Bereźnicki present an illustrated portrait of Clint Eastwood. Another, by Agata Agatowska, depicts a stern but beautiful woman and is simply titled ‘Fashion Girl’.

More directly related to the conflict in Ukraine, Putler by Janusz Fajto shows Russia’s leader with a serpent slithering from his mouth and entwined around the globe. 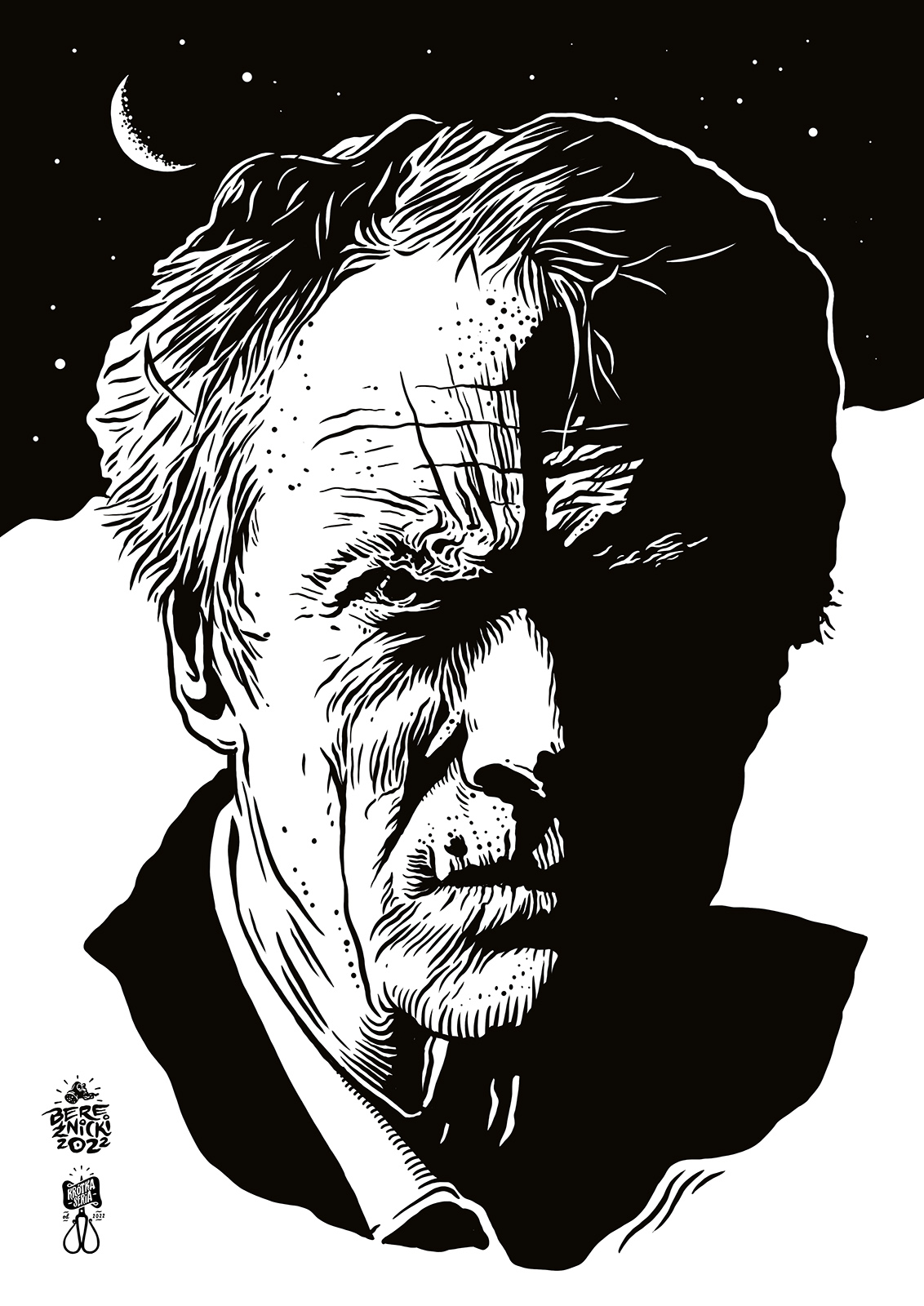 For the organizers of the auction, the online action isn’t just vital to their main goal of funding intensive language courses and planned summertime activities for Ukrainian and Polish children, but also to state their position on the war and its horrors.

“On one hand, our mission is to educate about the history of the local Jewish community of Oshpitzin (Oświęcim in Yiddish) and its destruction during the Holocaust, but on the other we educate about the contemporary mechanisms of discrimination, hatred and all forms of xenophobia,” says Kuncewicz. 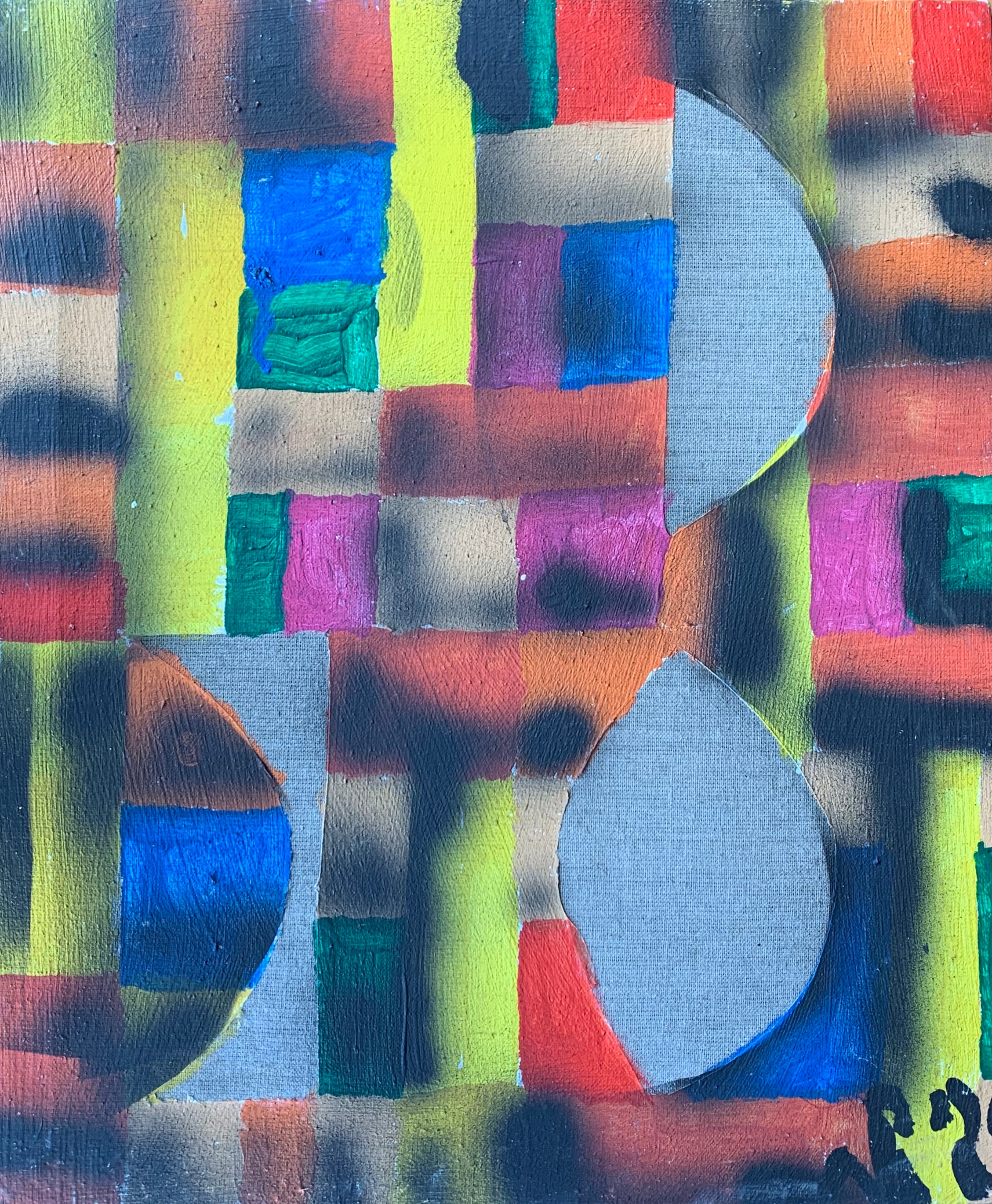 This work by Piotr Młodożeniec is another that will be open for bids as part of the café’s ongoing campaign to provide refugees with language lessons.Press materials

“Institutions which focus on the history of genocide cannot be silent in the face of hatred or war today. We have to take action and speak out and it is obligatory that we react whether it be to a politically-motivated xenophobia or homophobia or, in this case, the ruthless Russian aggression against Ukraine.”

Poland accepts over 5.5 mln refugees since war in Ukraine started