In a year heavily disrupted by the pandemic, the City Culture Institute in Gdańsk has come up with an innovative method to continue involving the community in their art exhibitions.

Launched following the cancellation of their other exhibitions, Sekrety (Secrets) has enabled artists to show their creativity in urban settings while also allowing residents to interact with the art out in the open. 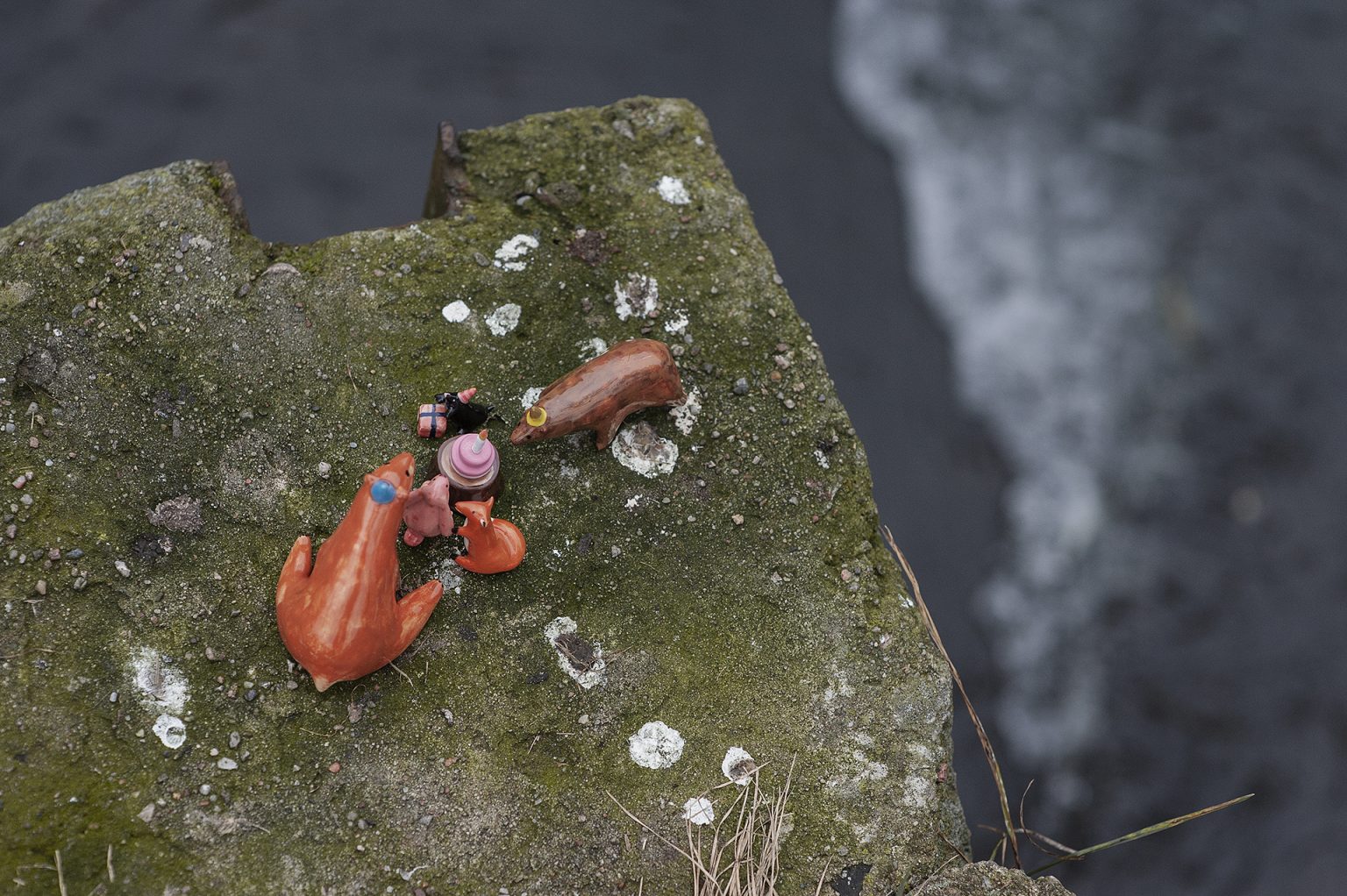 As part of the project, Agata Roguziak has opted to leave decorative, miniature figurines sprinkled around one of the city’s parks.IKMGdańsk /photo by Bogna Kociumbas

“While understanding that a certain formula of events simply cannot be implemented within the limits of today’s restrictions, we did not want to give up our spatial activities with the creators.” She continue. “That is why we decided to propose to a dozen or so artists from the Tri-City that, using the media of their choice, they send a series of secret messages to the world.” 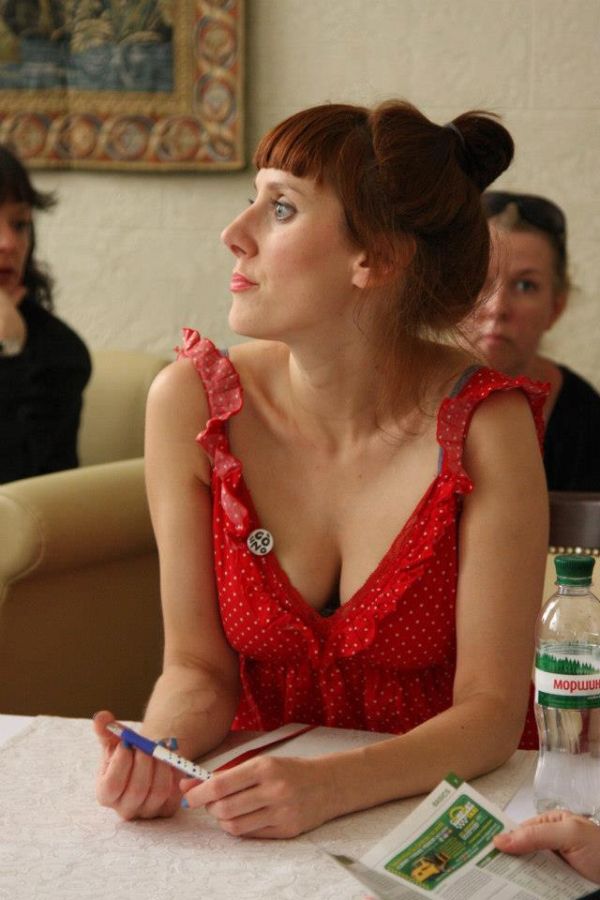 Curator Natalia Cyrzan hopes that artists will be able to send a secret message to the world through this exhibition.Natalia Cyrzan

The first four projects have already been revealed while more will be announced via the Institute’s social media channels over the coming weeks.

So far art lovers in Gdańsk have been able to view Jacek Niegoda’s playfully instructive pictograms. Attached to abandoned fridges, they seek to act as a reminder of our ecological responsibilities when discarding waste. 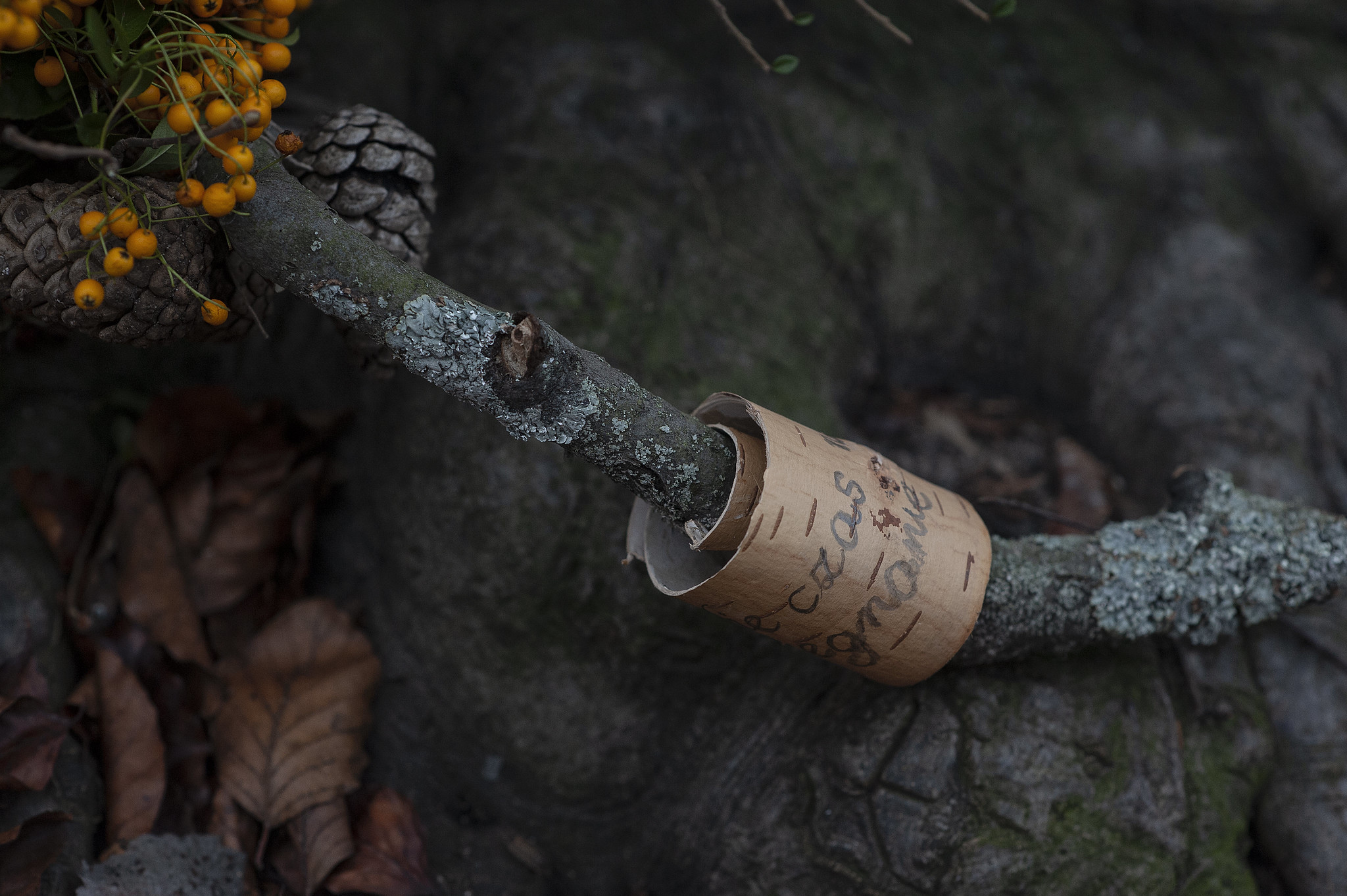 The first artwork to debut as part of the project was Julita Wójcik’s tribute to a 150-year-old tree.IKMGdańsk /photo by Bogna Kociumbas

Other striking efforts have included the work of Przemysław Garczyński, which can be discovered on a billboard hanging at the intersection of Armii Krajowej and ul. Dragana.

The first artwork to debut as part of the project was Julita Wójcik’s tribute to a 150-year-old tree, whilst Agata Roguziak has opted to leave decorative, miniature figurines sprinkled around one of the city’s parks. 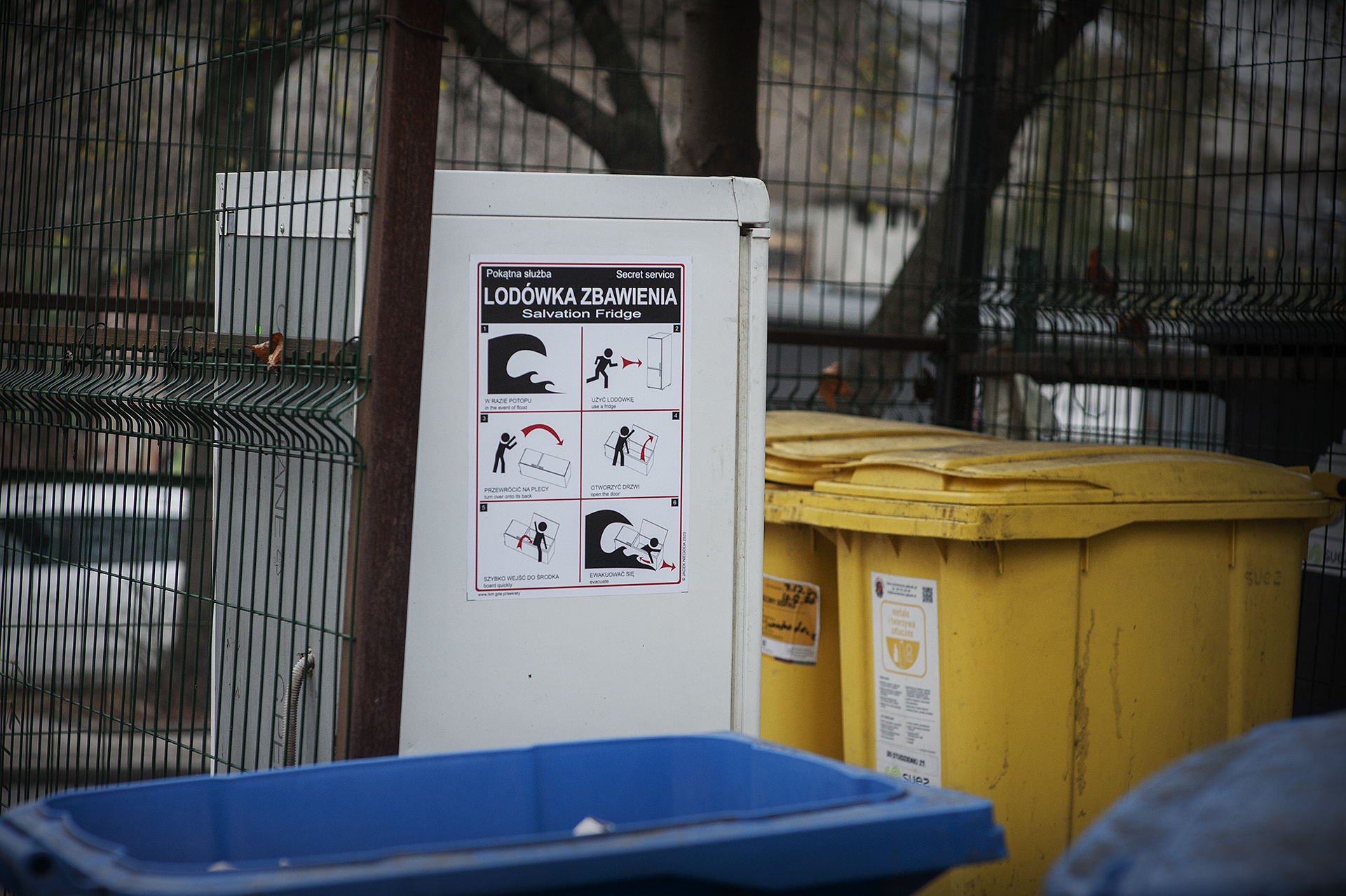 Attached to abandoned fridges, Jacek Niegoda’s playfully instructive pictograms seek to act as a reminder of our ecological responsibilities.IKMGdańsk /photo by Bogna Kociumbas

“This collection of ceramic figurines was created out of my love for children’s illustration,” says Roguziak. “I take inspiration from the language of drawing and translate its two-dimensionality into a spatial form. I want these ceramics to bring joy to the recipients, so that people associate them with something pleasant. The reality that surrounds us seems to be full of horrors, so I hope my ceramic world builds positive feelings and associations.” 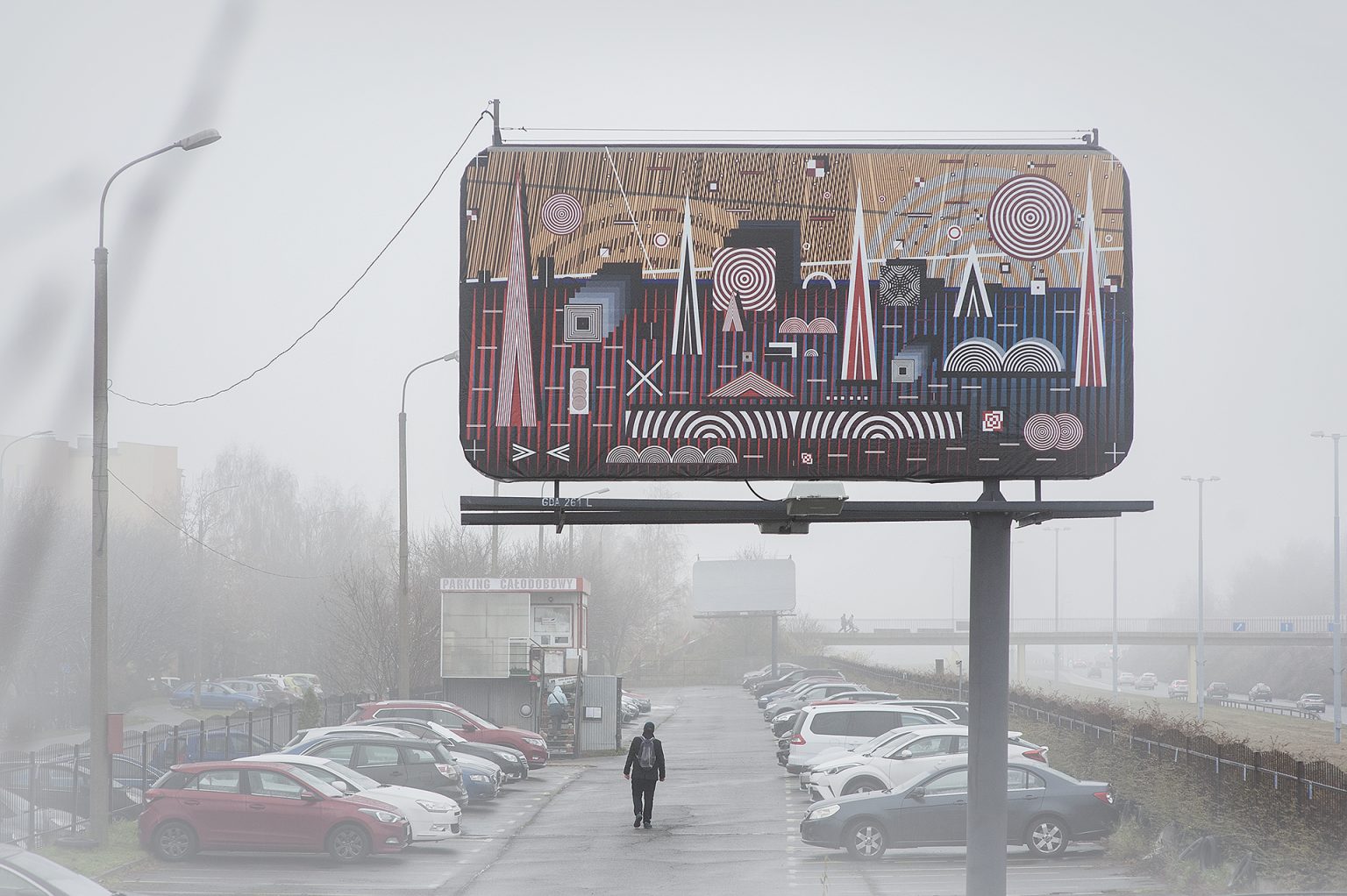 More billboard art is set to follow over the coming weeks.IKMGdańsk /photo by Bogna Kociumbas

Next week the work of two more artists will be unveiled: I Know Every Stone Her by Karolina Kardas looks set to premier tomorrow, and that will be closely followed on Wednesday by It’s Good To Cry by Agata Królak.

The winner of the 2017 President of Elbląg Artistic Award, Kardas is known for “work that examines the relation between spirituality and carnality, and the connections between our bodies and architecture.” 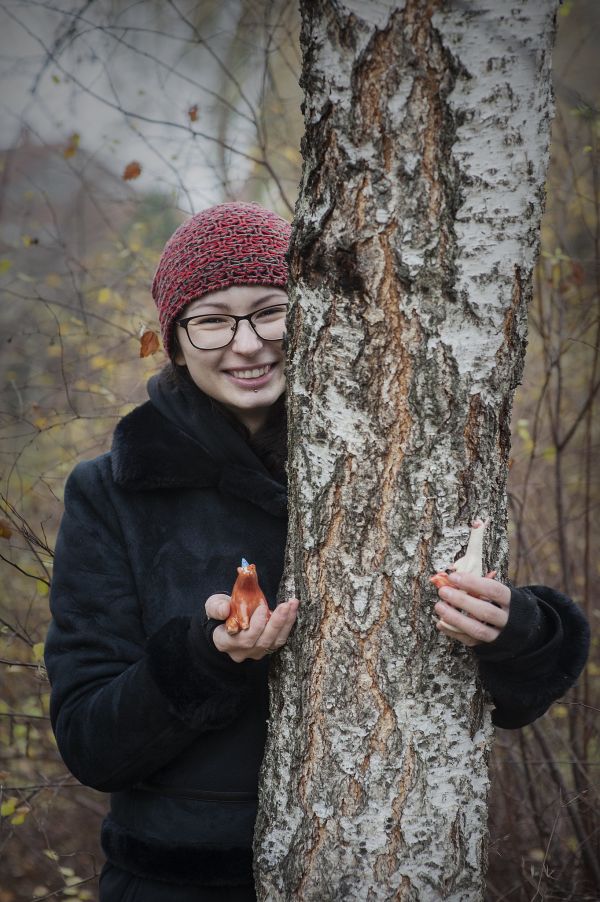 Roguziak hopes her ceramic figures can bring joy during these grim times.IKMGdańsk /photo by Bogna Kociumbas

Agata Królak, on the other hand, is an author and illustrator of children’s books and enjoys a reputation for creating interactive art that engages younger children.

This, however, is not the end. More billboard art and instructional pictograms are also set to appear, among them works by Adam Witkowski, Agata Nowosielska and Jakub Danilewicz.

Port of Gdansk 3rd in Baltic reloading in January