A painting set to become the most expensive artwork ever sold in Poland was the subject of a legal stand off yesterday after armed police went to seize the masterpiece from a Warsaw auction house - but were forced to leave empty-handed.

The painting by Jacek Malczewski was being prepared for auction at the DESA Unicum auction house when police and staff from the National Museum arrived after prosecutors reported it may have been involved in a crime when it was removed from Poland in the 1950s.

Expected to fetch between PLN 14 and PLN 22 million, which would have made it the most expensive artwork sold in Poland, the picture named Rzeczywistość [Reality] and painted by Poland’s master of symbolism in 1908 was last seen in 1926 at the artist's jubilee exhibition in Lwów. 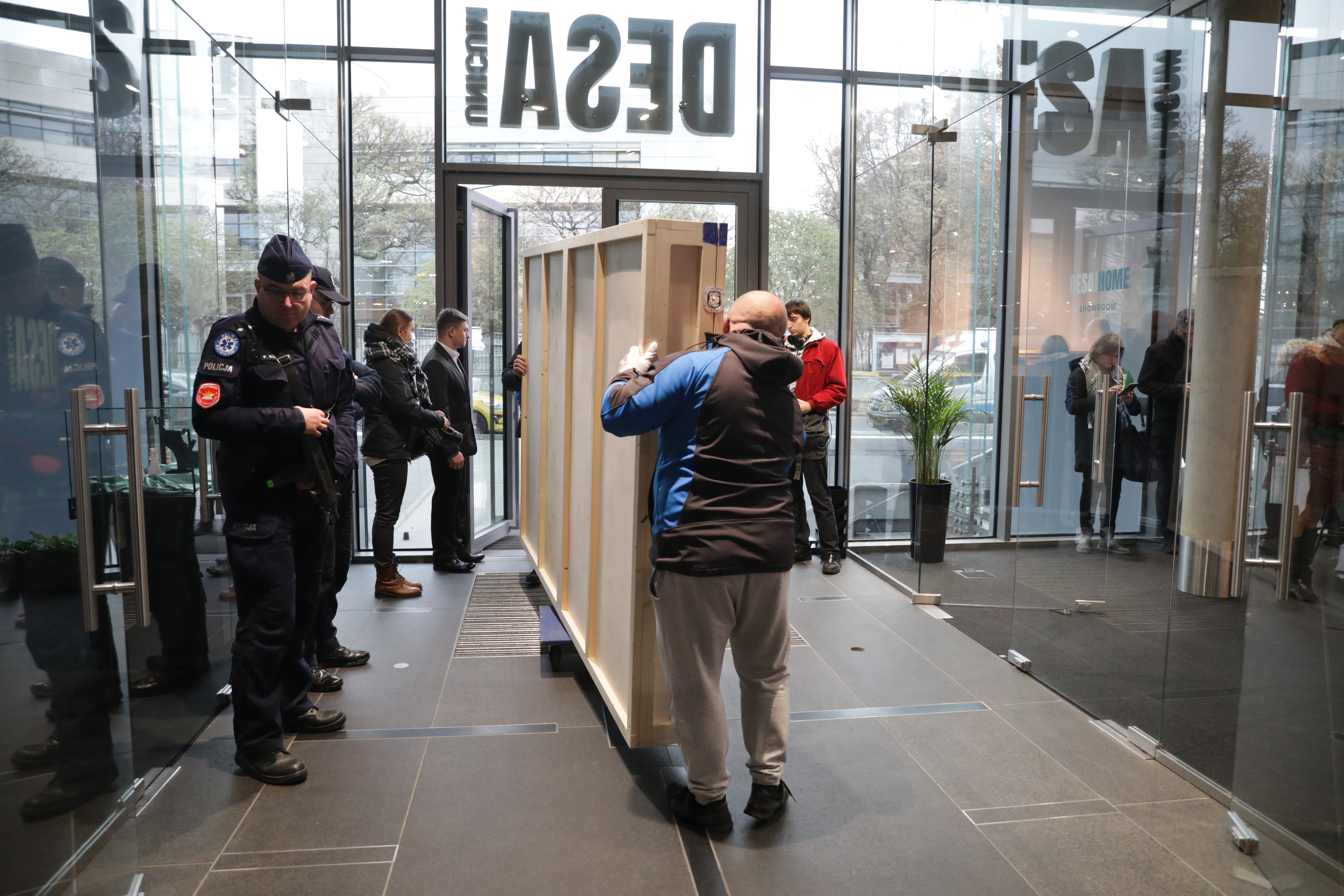 When police and museum workers came to collect the painting, they had a box with them which DESA Unicum claimed was too big and the work of art could have been damaged.  Albert Zawada/PAP

The fate of the work was unknown for almost a century until it appeared on a popular German auction website in December 2021 and was later acquired by DESA.

Poland’s Culture Ministry took steps to determine its legal status saying that in February this year it informed DESA Unicum that it was "working intensively to obtain detailed information about the provenance of a painting by Jacek Malczewski (oil, canvas, approx. 110 x 220 cm), originally put up for sale on an auction website in Germany".

The auction house responded that the painting is not stolen property and that before World War II, it belonged to a Polish-German family who came from Silesia and that when the family moved to Germany in the 1950s as part of the resettlement programme the painting went with them.

The ministry replied that it asked DESA Unicum to make available information on the provenance of the painting in order “to help clarify its fate". 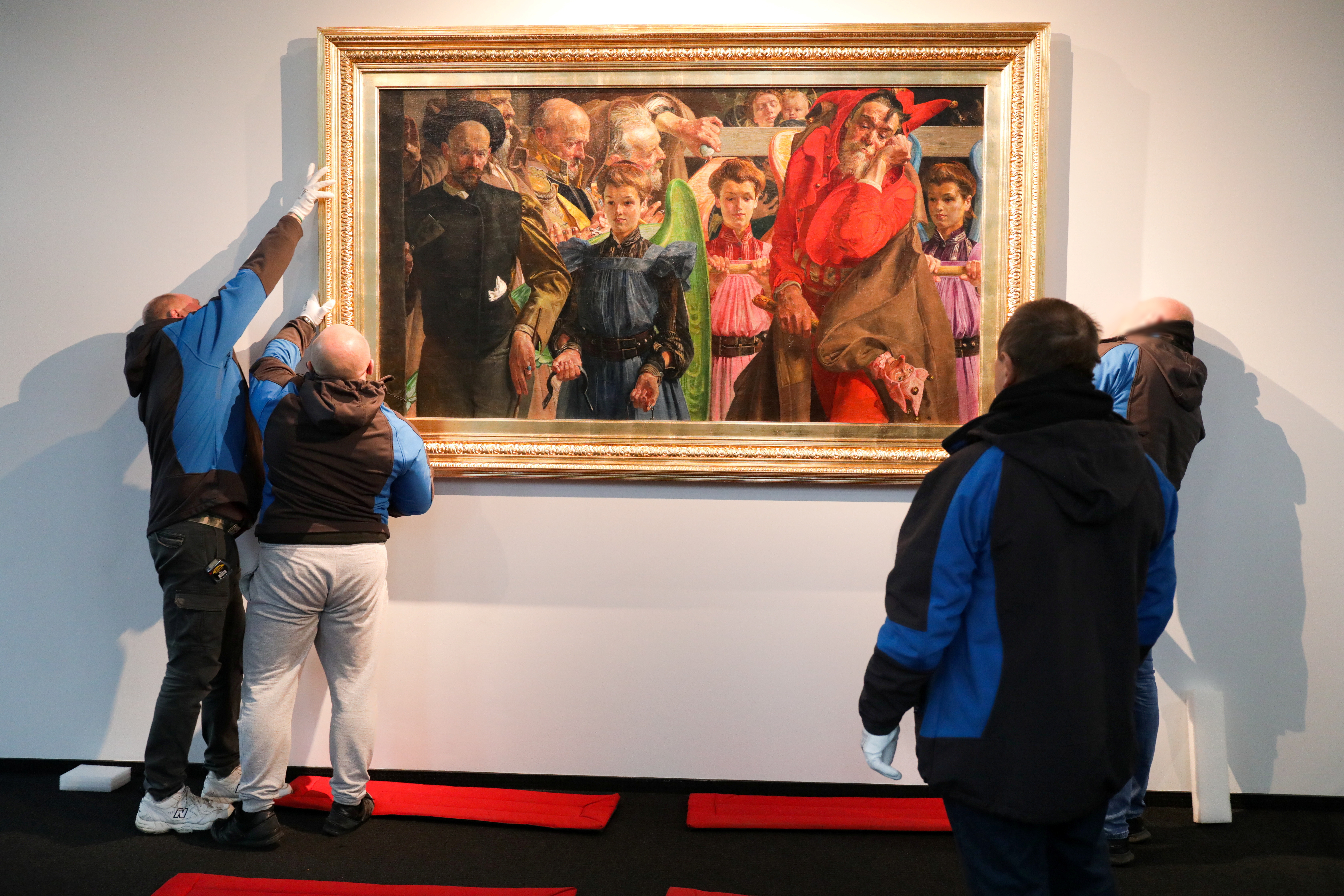 The officers’ attempts were thwarted when DESA staff said that the packaging materials were inadequate.  Albert Zawada/PAP

In March, the culture ministry filed a notice to law enforcement agencies, suspecting that the painting may have been the subject of a crime.

Writing on its website the ministry said: "Considering the existence of serious premises justifying the suspicion that the painting was an object of a crime, the Ministry of Culture and National Heritage filed a relevant notice to law enforcement agencies as early as 25 March 2022 (i.e. several months before the painting was put up for sale by the DESA Unicum Auction House).”

Despite this, the auction house was preparing to put the painting up for sale when the police turned up and attempted to remove it, havonig previously attempted the same thing last week on November 21.

But the officers’ attempts were thwarted when DESA staff said that the packaging materials were inadequate. 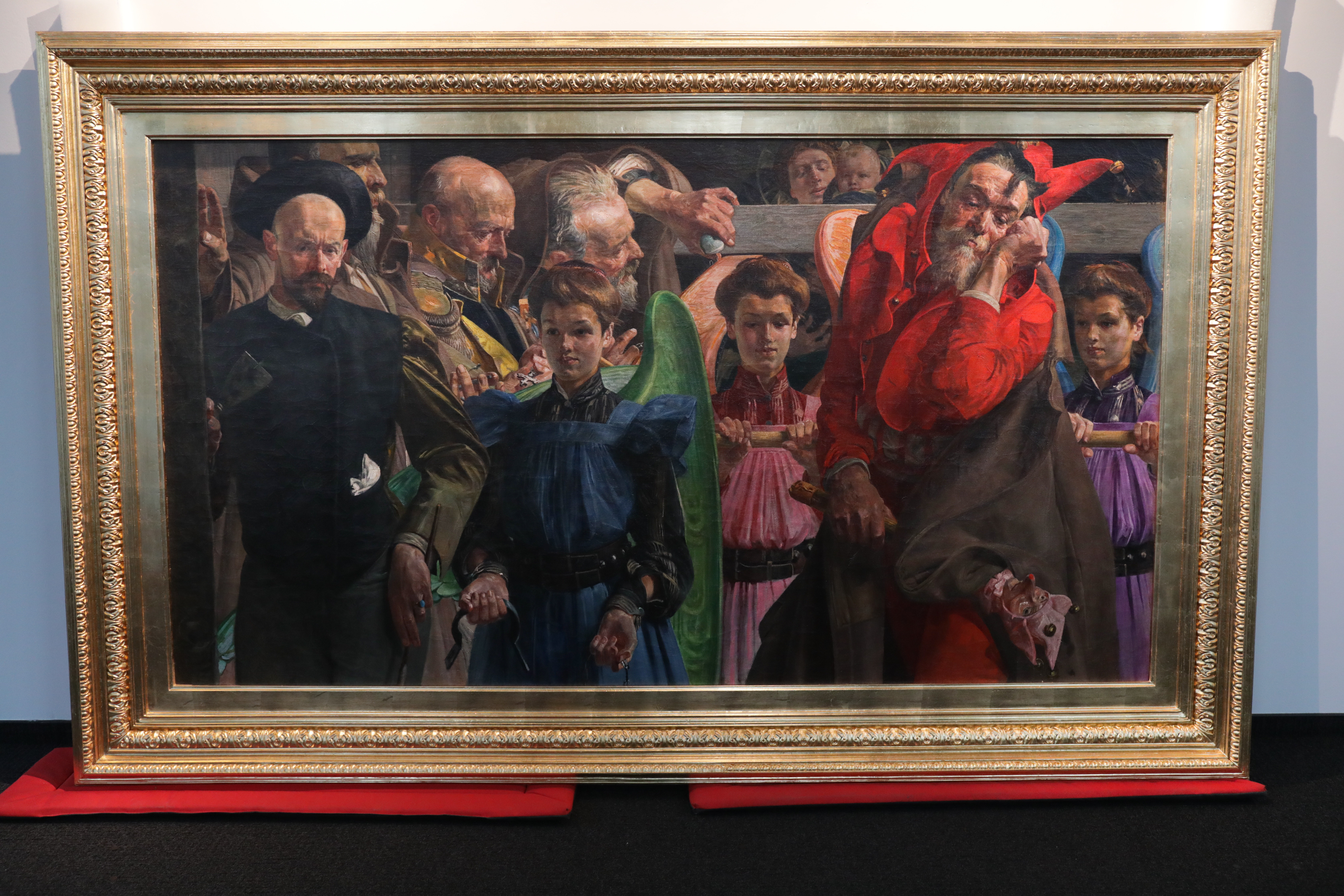 The painting was expected to fetch between PLN 14 and PLN 22 million, which would have made it the most expensive artwork sold in Poland.  Albert Zawada/PAP

This time, when museum workers assisted by police came to collect the painting, they had a box with them which DESA Unicum claimed was too big and the work of art could have been damaged.

National Museum staff had prepared the box for the painting and its frame. However, DESA Unicum claimed that only the canvas was subject to seizure and the frame was the property of the auction house.

A further sticking point was insurance. “Despite our request, we have not received confirmation that the painting is insured either in transit or in storage," Juliusz Windorbski from DESA Unicum said.

This caused the prosecutor's office to finally abandon its plans to remove the painting, and it was once again hung on the wall at the auction house. 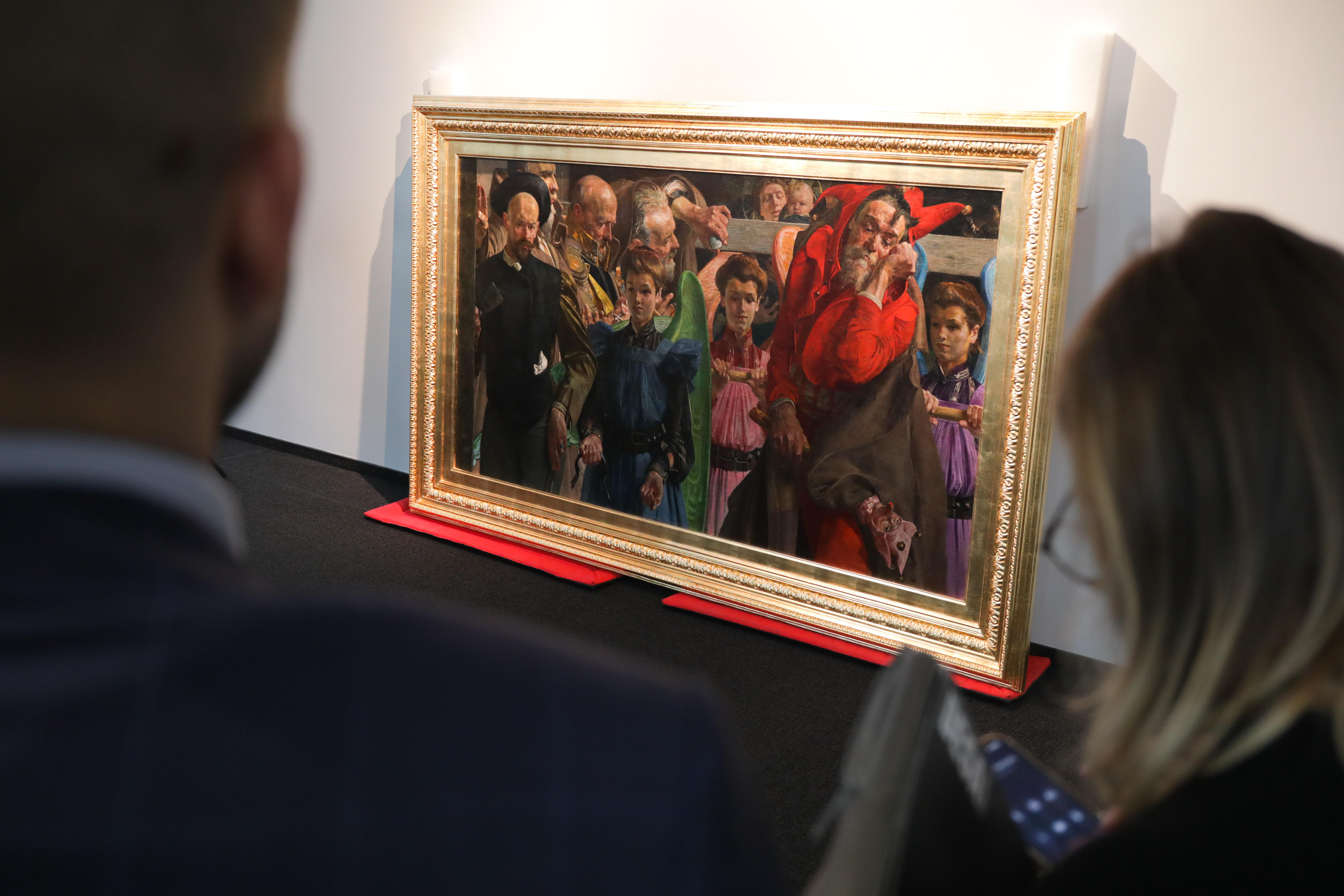 Marta Wiśniewska from DESA Unicum added “[W]e have applied to the public prosecutor's office to temporarily appoint DESA Unicum as the permanent place of keeping the painting until the situation has been cleared up.”   Albert Zawada/PAP

Marta Wiśniewska from DESA Unicum added “[W]e have applied to the public prosecutor's office to temporarily appoint DESA Unicum as the permanent place of keeping the painting until the situation has been cleared up.”

She added: “Rzeczywistość is one of Malczewski's finest paintings. This work of grand scale and almost baroque composition touches on the most important themes that troubled Malczewski throughout his career: the mission of the artist, the patriotic mission of art, and romantic and national myths.”

With a guide price between PLN 14 and PLN 22 million, the painting was expected to set a new record for the most expensive artwork to ever have been sold in Poland.

So far, the most expensive painting sold in Poland is Two Married Women by Andrzej Wróblewski, which was sold at auction at the end of 2021 for PLN 13.44 million.