A newly released video has shown the incredible journey of a wheelchair-bound Pole who rode across Iceland on a hand-bike.

Using just his arms for power, Dariusz Sobczak overed 550 kilometres across the island to prove that the limits to what you can achieve are only in our minds, and to raise money for an orphanage. 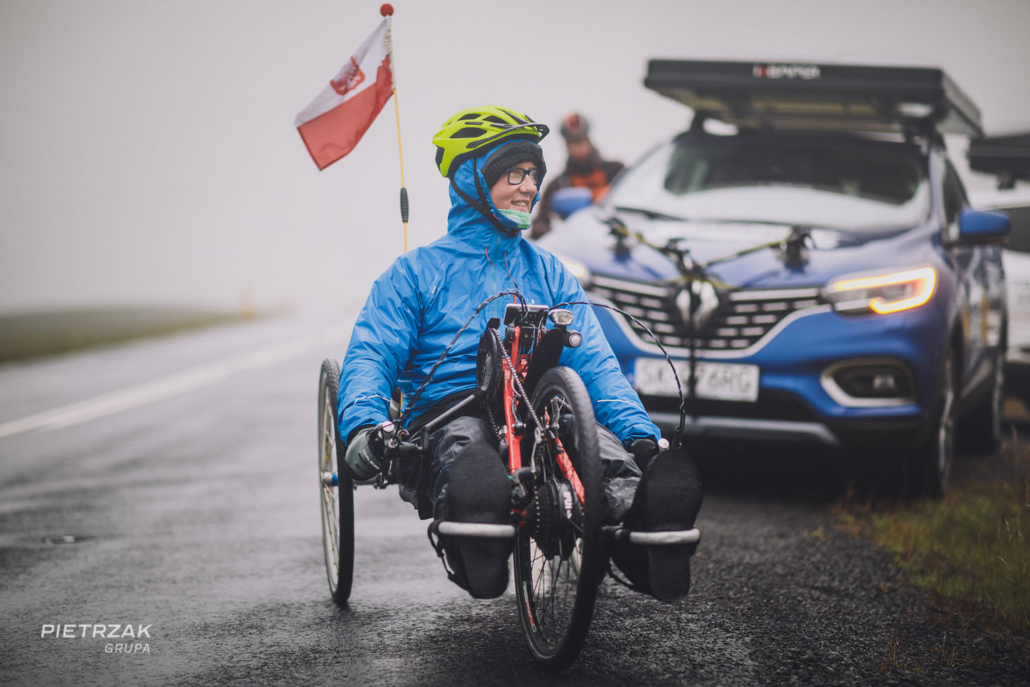 Driving rain and strong winds made life hard for the cyclist.roweremprzezislandie.pl

When he was 16, Dariusz, who comes from Katowice, had an accident that left him unable to walk. Despite the disaster the always active and sporty teen found a way to cope with his new circumstances. “After the accident, my world didn’t collapse, but it changed. I still enjoy life and take full advantage of it. I just do things differently,” said Dariusz.

The twice Polish mono-ski champion divides his time between working at a company managing road construction, his family and his passions. “Family, mountains and sport are my whole life, or certainly the most important part of it,” he said. 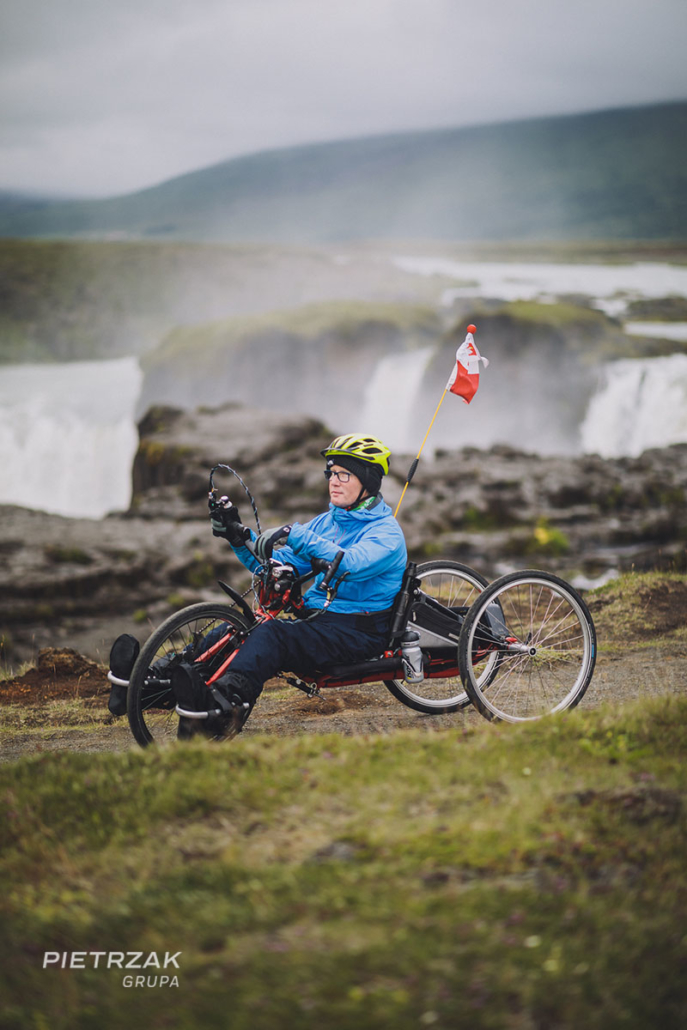 The journey took in some of Iceland’s sights.roweremprzezislandie.pl

Apart from skiing on the especially adapted mono-ski, for the last 15 years he has been riding his hand-bike, first next to his home, then in the mountains, though that was not enough for Dariusz.

“The direct inspiration for this trip was our visit to Iceland two years ago, when I saw two cyclists with bike panniers crossing the country,” he recalled. “I knew then that I would like to do the same. I have been consistently striving to do this ever since.” 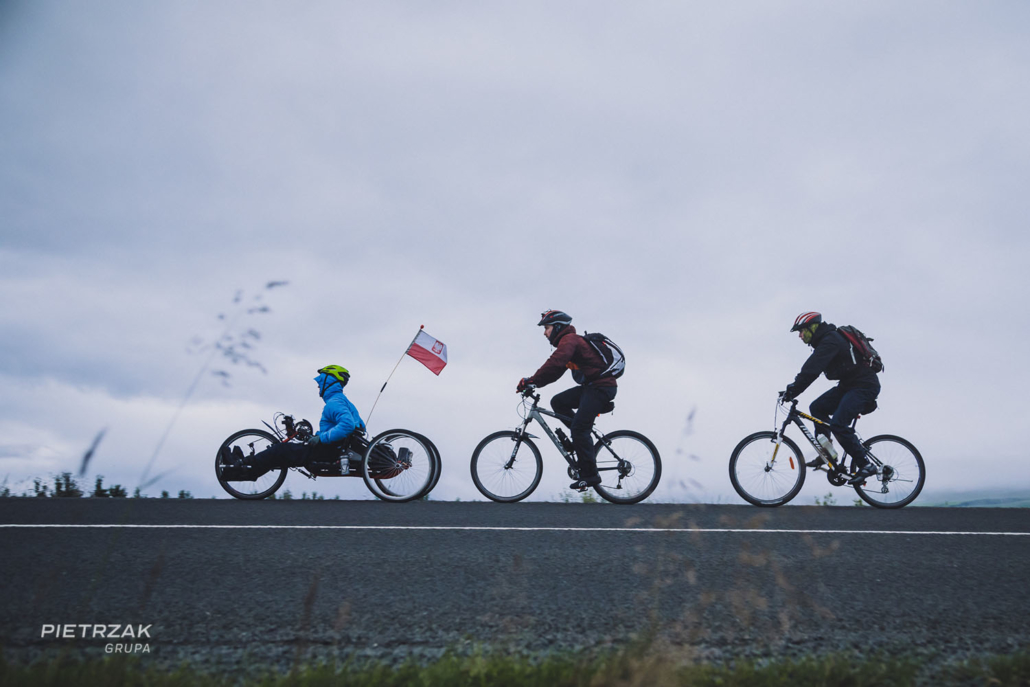 Dariusz was accompanied by his two sons.roweremprzezislandie.pl

In July last year, together with his wife, two sons and photographers Filip Blank and Wojciech Radwański, Dariusz started the Hand-bike Expedition Iceland. For 10 days, with his sons riding on bikes next to him for safety, Dariusz covered 550 kilometres, with 5,000 metre of uphill climbs. His speed varied from 5 to 70 km/h.

Along with the long miles on the tarmac the weather was also a challenge. An average temperature of 10 degrees Celsius forced Dariusz to wear five layers of clothing, while strong winds and heavy rain became constant and unwelcome companions. 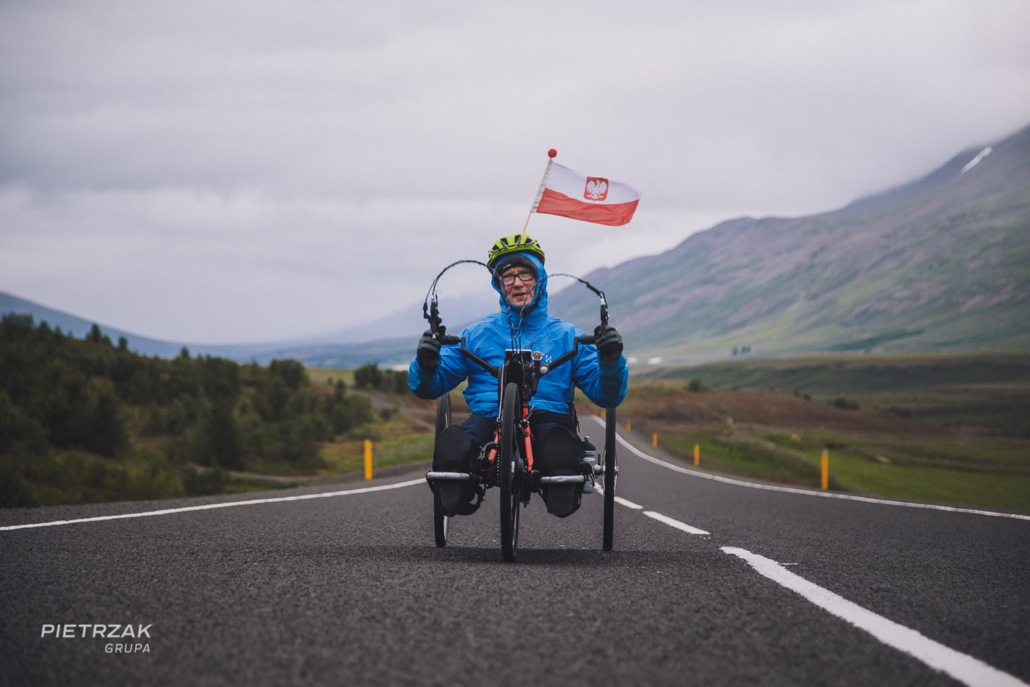 “For many years I’ve believed that most limitations lie in the head of a human, not in the body,” says Dariusz.roweremprzezislandie.pl

Sometimes the clouds were so low that for up to 20 kilometres they had to contend with very limited visibility. 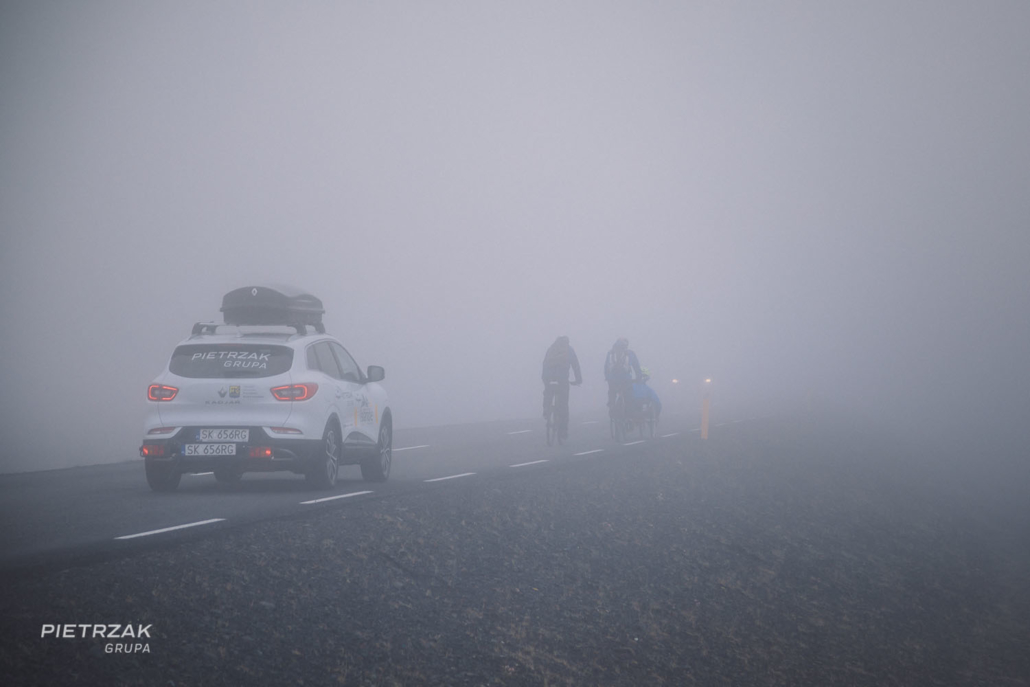 Low cloud and mist was another challenge.roweremprzezislandie.pl

But none of this stopped Dariusz, as viewers can now see in his emotional video of the journey.  “For many years I’ve believed that most limitations lie in the head of a human, not in the body. If we want something very much, and we strive for it, then we can achieve it,” Dariusz shared. 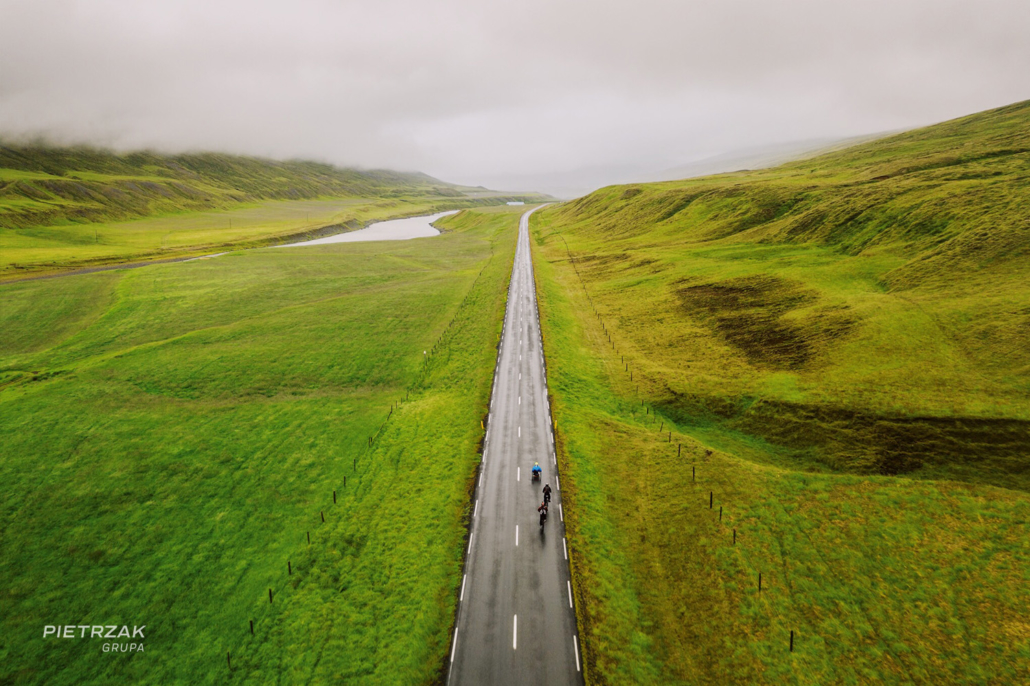 Dariusz was left disabled by an accident when he was 16.roweremprzezislandie.pl

The breath-taking Icelandic landscapes weren’t the only reward Dariusz and his family received for their efforts. Supported by Renault Pietrzak, the sportsman organised a fundraiser using the Endomondo app. 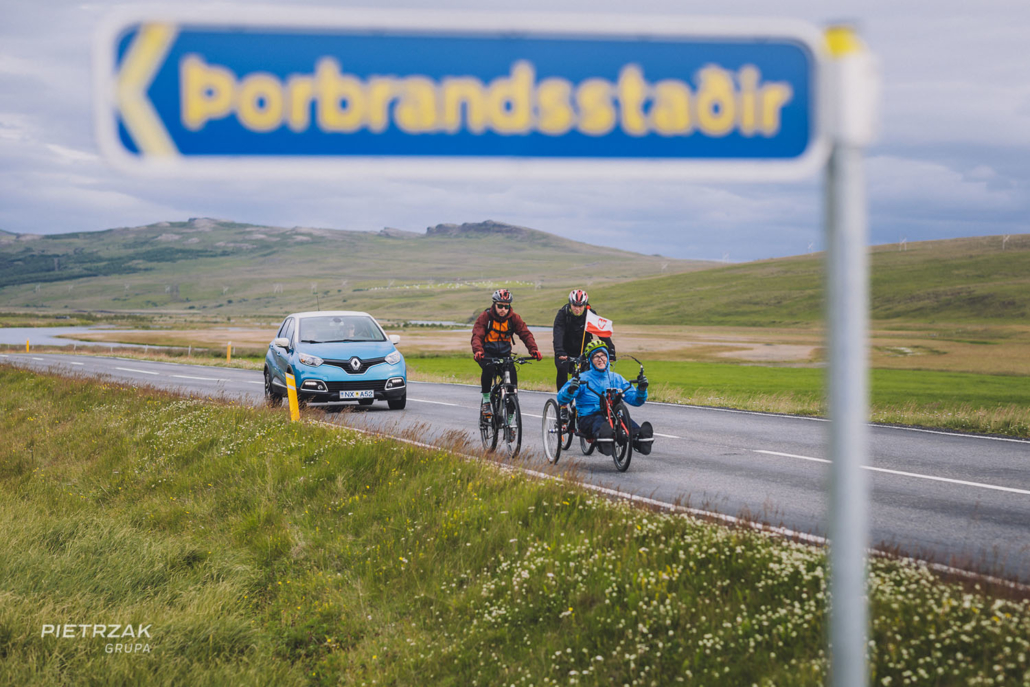 To support the initiative anyone could register in the app and run, walk or ride a distance dedicated to the cause. If the total of kilometres covered exceeded 500,000, Renault Pietrzak said it would contribute a sum of money. 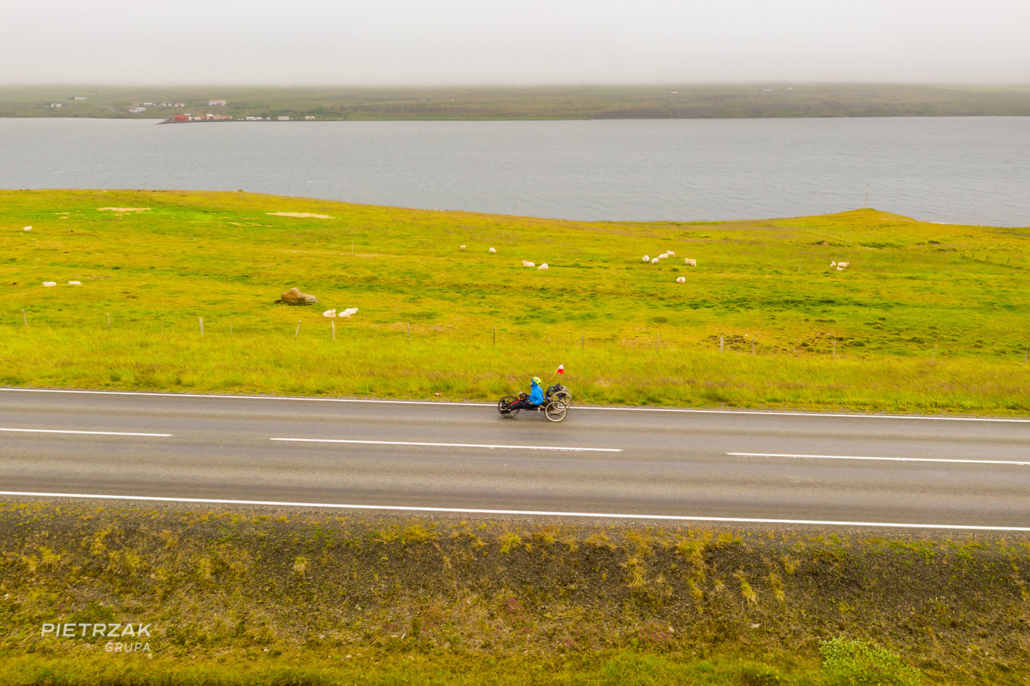 The team celebrate the end of the journey. roweremprzezislandie.pl

As a result, PLN 50,000 were donated to a care centre for children in Katowice (Centrum Opiekuńczo - Wychowawczego Wzrastanie). The money was used for a camp in the mountain resort Zieleniec, where the children had a chance to try winter sports.