A human body found in an unmarked grave has led to speculation that the remains could belong to wartime hero Witold Pilecki, the Polish officer who volunteered to go to Auschwitz.

The remains were discovered in an exercise yard at a notorious former German and later Communist prison in Warsaw’s Mokotów district by specialists from the Institute of National Remembrance (IPN) Search and Identification Bureau, which is carrying out archaeological work to search for Polish victims of totalitarianism. 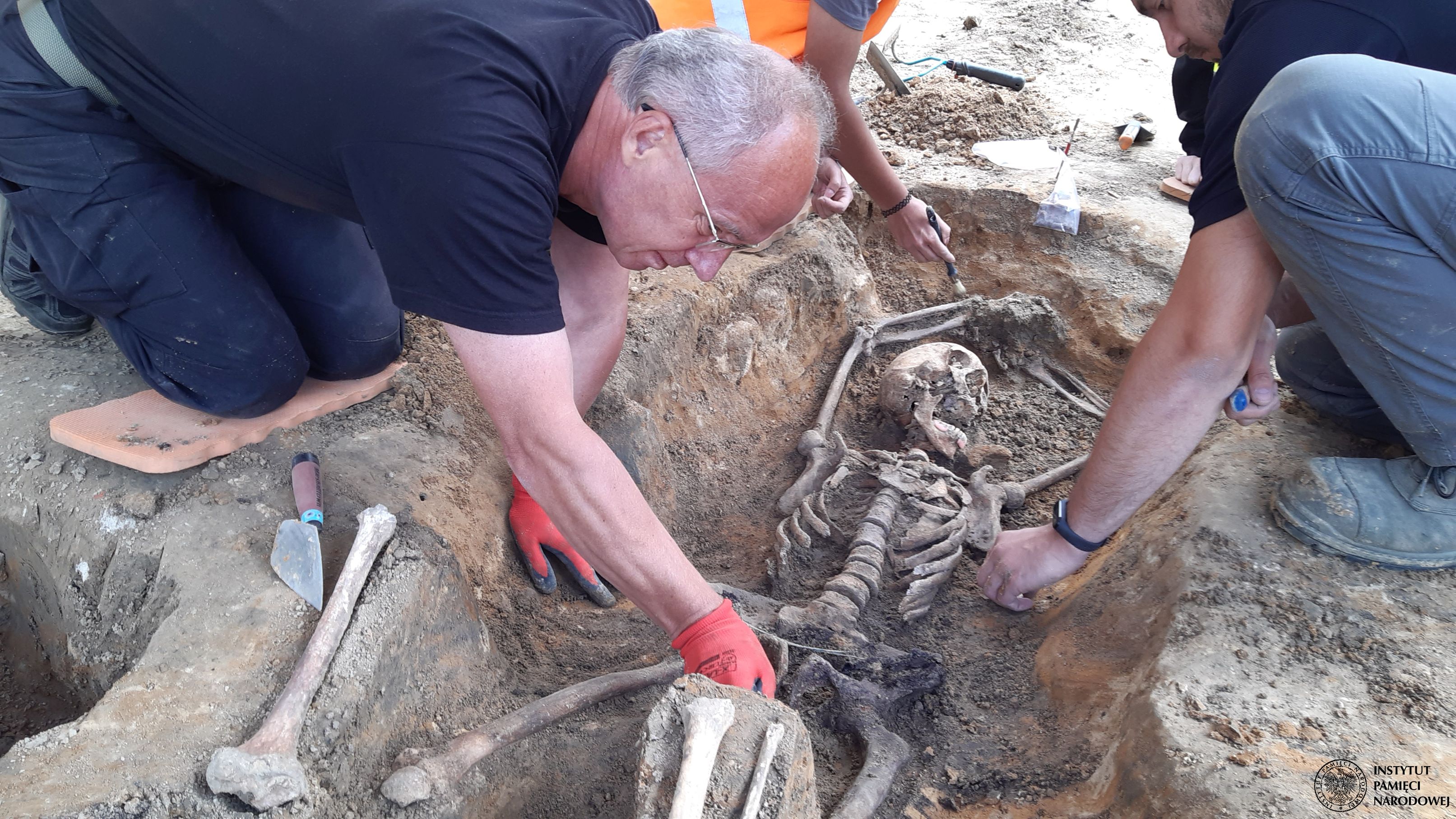 The skeleton was found by the IPN during archaeological works at the site.IPN

In a tweet, the IPN said: “Today, at the former Mokotów prison in Warsaw (37 Rakowiecka Street), the team of the IPN's Search and Identification Bureau found the remains of one person buried under a former exercise yard.”

It went on to say that the body was buried without a coffin, and its arrangement indicates that it was thrown into a grave cavity that was too small for the body. Fragments of material were found by the body and wire was wrapped around the hips. 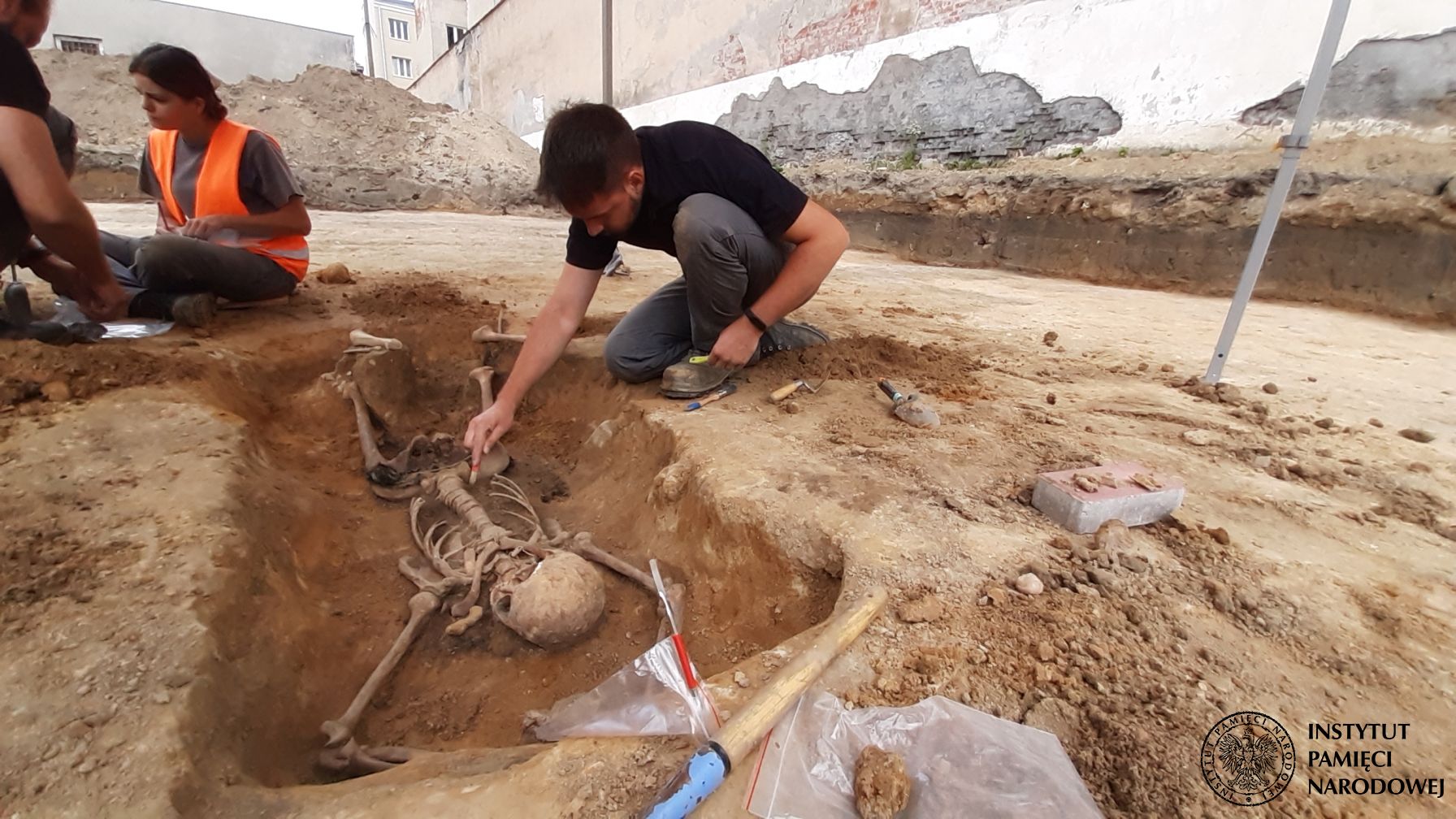 The remains were discovered in an exercise yard at a notorious former German and later Communist prison in Warsaw’s Mokotów district.IPN

The archaeological work being carried out by the IPN at the prison is a successive stage of its efforts to find all the remains of Polish victims of both German and Communist crimes.

Pilecki volunteered for a Polish resistance operation that involved being imprisoned in the Auschwitz concentration camp in order to gather intelligence.Fair use

Other remains were found in an area next to what was called the Palace of Miracles, where in 1949-50, communist Security Office officers conducted brutal interrogations, after which prisoners in a ‘miraculous’ way admitted to the charges against them.

The prison was one of several used by the Gestapo in Warsaw. Polish politicians, freedom fighters, resistance workers and ordinary people caught in street round-ups in Warsaw were incarcerated there.

The site became infamous due to constant torture of inmates. It was known as one of the places of no return (Nacht und Nebel), from which the only way out was to an execution site or a German concentration camp. 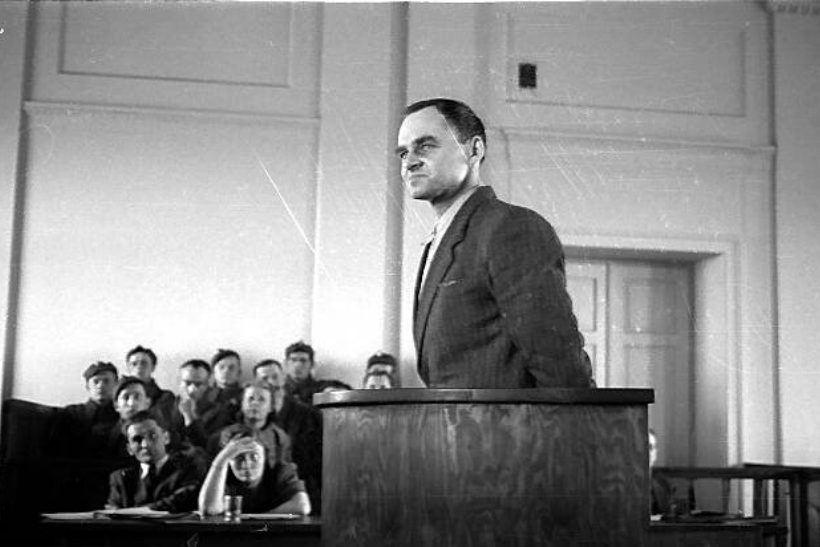 During his show trial on 3rd March 1948, Pilecki was accused of jumped up charges of espionage.Public domain

It was also a place of detention of innocent hostages, taken by Germans as punishment for actions by the Home Army. Later, they were killed in mass executions that were announced to the public.

At the start of the Warsaw Uprising in 1944, insurgents attacked the prison and freed around 300 prisoners. However, they did not manage to capture the entire prison.

As a reprisal, the SS and Wehrmacht murdered approximately 600 inmates. The slaughter, which took place in the prison courtyard, was perfectly visible from the windows of the cells, and the Poles who saw it rebelled killing several SS-men and escaping by climbing over the roofs. 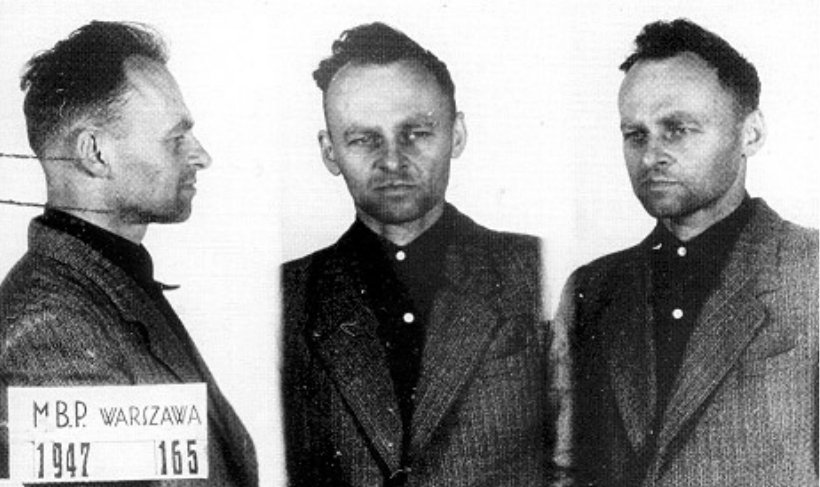 Pilecki was shot in the prison on 25 May 1948 at 21.30. His burial place was never revealed by the communist authorities.Public domain

During the Stalinist years it was one of the best known prisons used by the secret police. The prisoners, kept in tiny concrete cells in inhumane conditions, were subject to interrogation and prolonged physical torture.

The Poles held in the prison were considered a threat to the Soviet-controlled communist government of Poland. After several months or years of torture, prisoners were often executed in the old boiler room and their bodies disposed of.

Polish World War Two hero Witold Pilecki was shot in the prison on 25 May 1948 at 21.30. Pilecki's burial place was never revealed by the communist authorities. 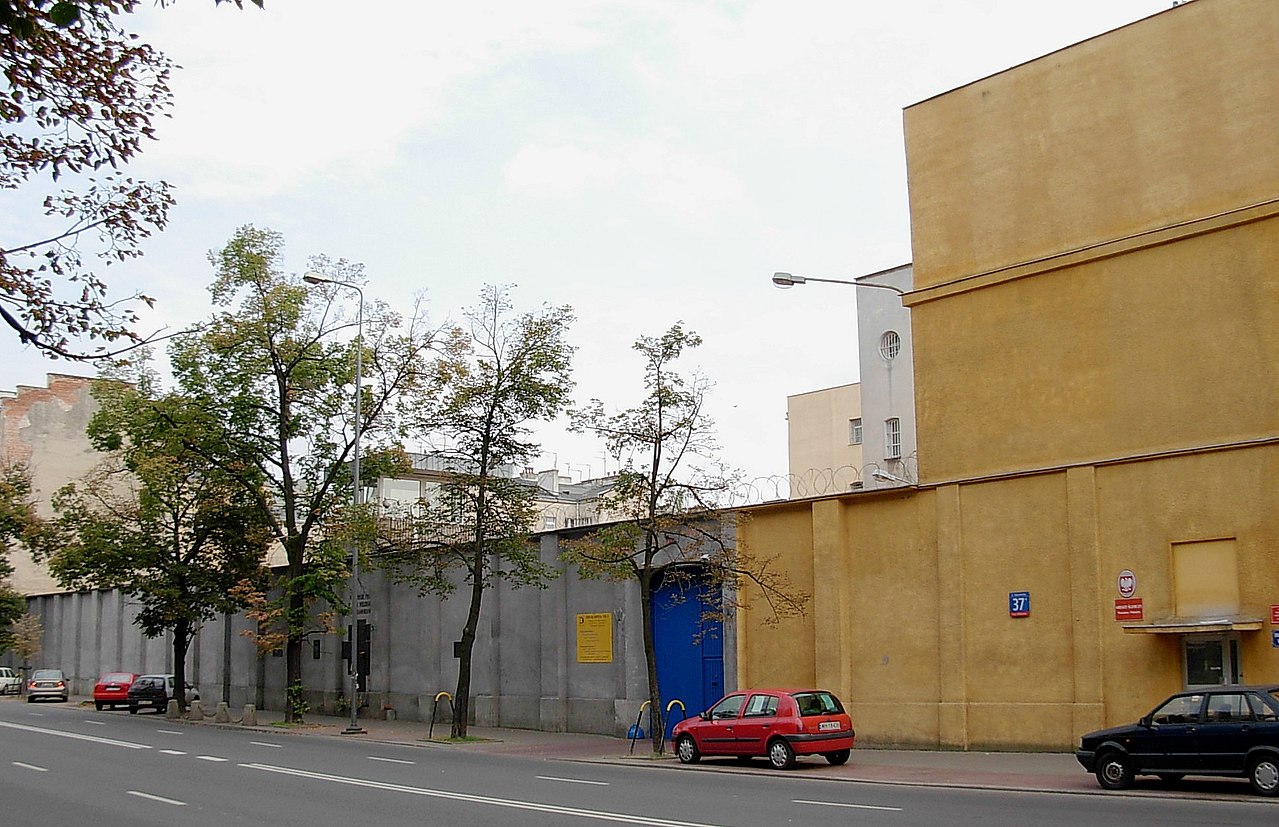 During the Stalinist years, Mokotow prison was one of the best known prisons used by the secret police.CC BY-SA 3.0

The discovery of his remains is eagerly anticipated in Poland. As to whether the remains found yesterday could belong to the former cavalry officer, there are three main theories about where his body could be.

The most probable version is that his body was thrown into a death pit at Powązki Military Cemetery in Warsaw.

In an interview with PAP, Krzysztof Szwagrzyk, who is leading the IPN’s search efforts, said: “This is the first of three hypotheses and the most reliable.” 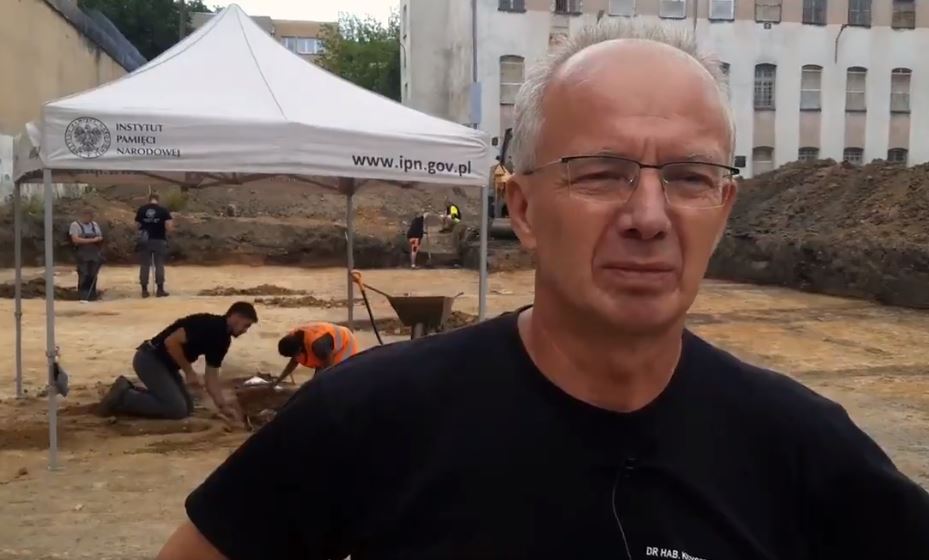 The IPN’s Krzysztof Szwagrzyk said that the remains could belong to Pilecki because reports from former prison officers say he was buried in the prison yard.IPN

IPN investigators believe that Pilecki's body could have been buried together with those of other victims who were murdered in spring 1948.

“This idea is confirmed, for example, by the fact that we found the remains of people who were killed more or less at the same time as [Pilecki] was killed,” Szwagrzyk said.

“The second hypothesis, in our opinion less likely, though not impossible, is that the remains of [Pilecki] were buried by the communists directly in the former prison on Rakowiecka Street in Warsaw,” he added. 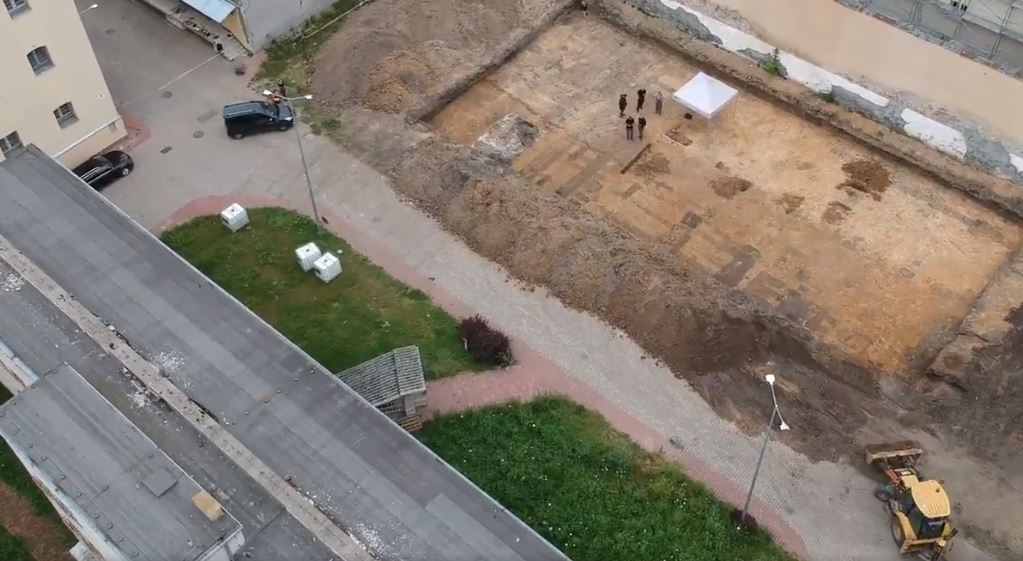 The archaeological work being carried out by the IPN at the prison is a successive stage of its efforts to find all the remains of Polish victims of both German and Communist crimes.IPN

The plausibility of this version comes from a report of a prison officer, which says that Pilecki was buried in the prison yard.

The least probable version is that Pilecki’s body was taken to the nearby district of Służew and buried there. However, burials there had stopped by the spring of 1948.

Szwagrzyk believes that it is not likely that Pilecki was cremated and the ashes scattered in Warsaw because the communists did not do that. 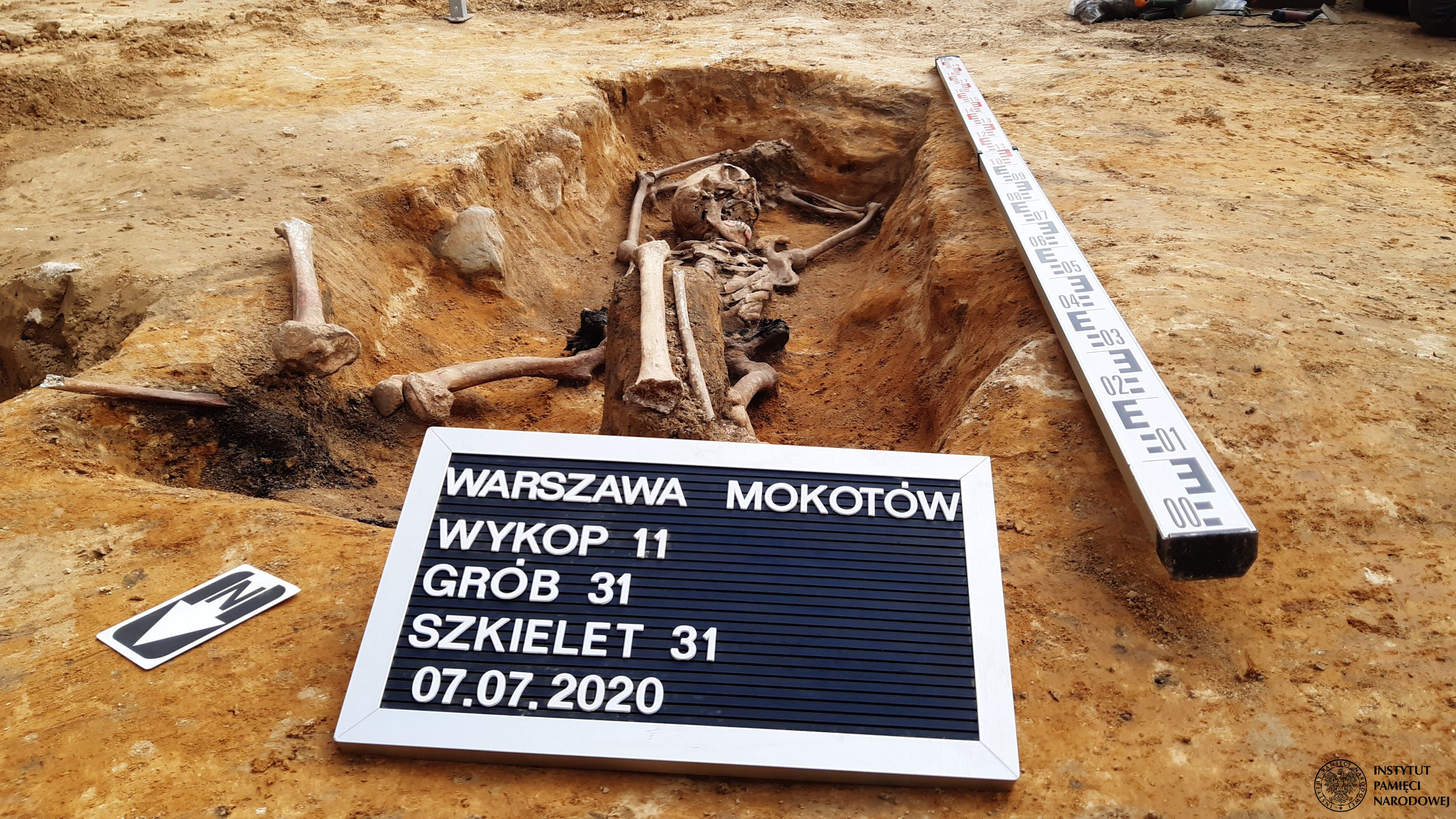 Researchers need a comparative DNA sample, which in the case of Witold Pilecki exists, thereby increasing the chances of making a positive identification if his body is indeed found.IPN

Referring to the work currently taking place, Szwagrzyk said, “We will work on the place where the executions were carried out in 1948 and where the bodies of the victims were buried nearby.”

Mokotów prison has operated until recently, holding prisoners awaiting trial or sentencing, or those being held for less than one year.

There are plans to turn the site over to the Museum of the Cursed Soldiers and the Political Prisoners of the People’s Republic of Poland.